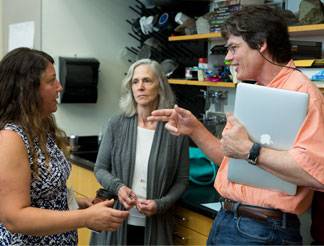 Twenty years after she graduated from Princeton with a degree in ecology and evolutionary biology, Kate Heavers found herself back in class in a Guyot Hall laboratory.

Heavers, who teaches biology, anatomy and physiology a few miles from campus at West Windsor-Plainsboro High School South, joined more than 20 other secondary school teachers from New Jersey schools for QUEST, a weeklong, hands-on program that helps teachers enhance their knowledge of science, math and technology.

The program, whose formal name is Questioning Underlies Effective Science Teaching, had two tracks this summer — one focusing on life in extreme environments, led by Tullis Onstott, a professor of geosciences, and another focusing on weather and climate, led by Steven Carson, a middle school teacher and former researcher at the Geophysical Fluid Dynamics Laboratory in Princeton.

Teachers in both tracks learned about the work of researchers and how to translate it for their classrooms in line with the Next Generation Science Standards being implemented in New Jersey schools this fall. The standards, developed by states, set new expectations for what students should know and be able to do, and are designed to improve science education for all students. 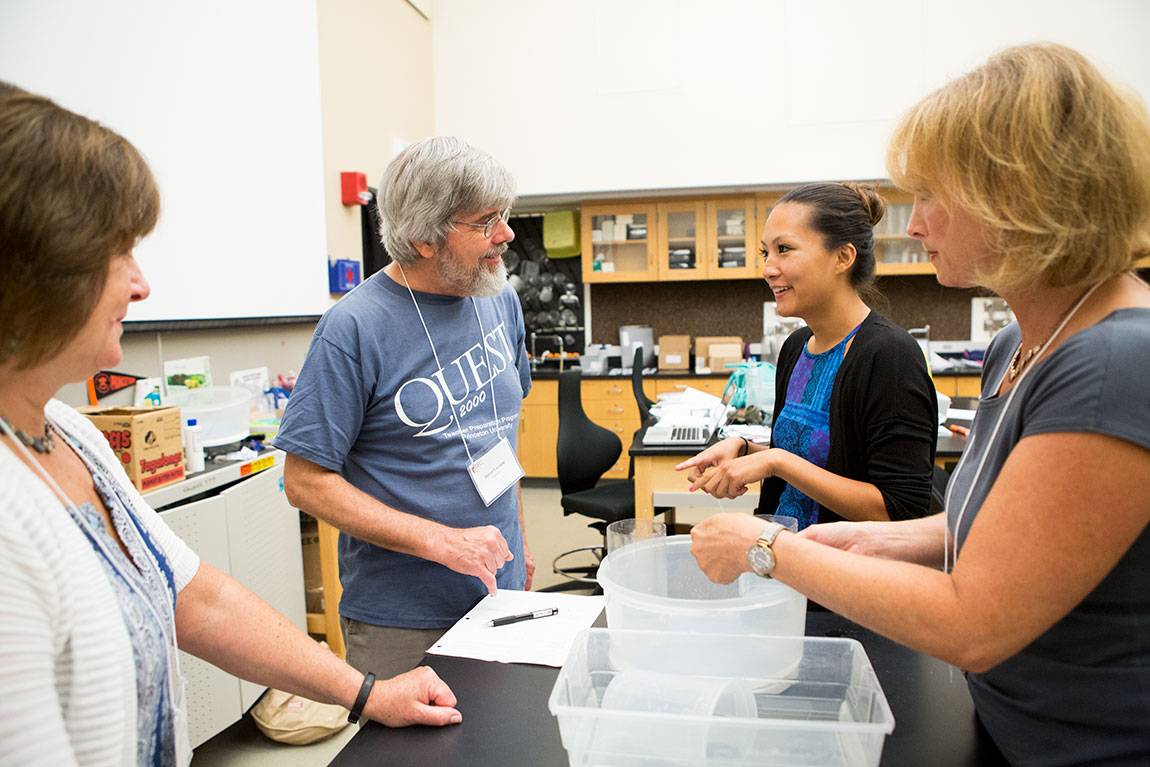 On July 13, Heavers and other teachers learning about life in extreme conditions examined the skeletons of a wide range of animals — from a lobster to a sloth — to look for clues to their evolution. Later in the week, teachers tried their hand with current computer models that match the DNA sequencing of Onstott's samples with known organisms to more fully understand how life exists and evolves. Using that information, they revised the "Tree of Life" they had constructed earlier in the week illustrating their thoughts about which animals share an evolutionary past.

"We're being enriched intellectually and challenged," Heavers said. "Then, we step back and talk about the practice, what we would do with students under the new science standards. So, it's a really nice combo of addressing our own pedagogical practices in teaching and our content knowledge at the same time." 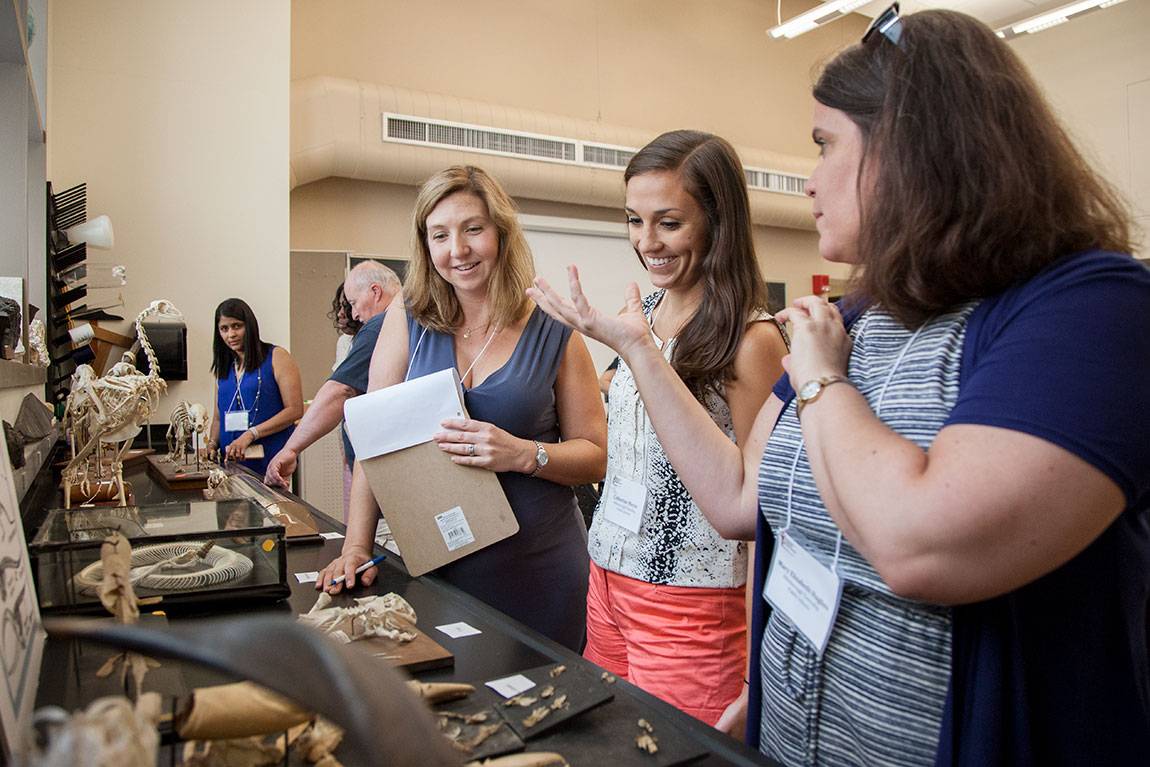 Throughout the week, Heavers and other teachers examining extreme life further explored evolution, as well as how organisms survive in extreme environments such as thermal vents on the ocean floor, acid hot springs in Yellowstone Park, ice-covered lakes in Antarctica, and on the International Space Station.

Anne Catena, program associate and director of professional development initiatives in Princeton's Program in Teacher Preparation, which coordinates QUEST, said the program has an important impact on teachers and their students.

"It's very exciting for kids to know the applications of what they're learning in the classroom, and it's motivating for their teachers, too," Catena said. "We're very supportive of both our alums who are teachers and teachers in general. We want to keep them motivated, keep them learning. That's the focus of QUEST."

In another QUEST classroom, Montgomery Township sixth-grade teacher Elise Ryan worked with fellow teachers to better understand the Coriolis Effect, which explains how the rotation of the Earth affects winds and ocean currents. Gathered around water bottles placed atop a turntable modeling the Earth's rotation, teachers tried to predict how water would flow from holes in the bottles depending on which direction the turntable was spinning.

The teachers filled the air with ideas, questions, predictions and the occasional spray of water from their exercise.

"As a teacher, sometimes we get so focused on the student we don't get to really share ideas with colleagues," Ryan said. "Here, we have an opportunity to get different perspectives, different understandings, to pretend we're students and experience what they would experience. It's really powerful to be put in the students' position and sometimes have frustration or confusion. These are all things that are OK."

Catena said the Next Gen science standards put an emphasis on similar experiences for students, with a focus on self-discovery.

"These new standards are very intent on helping students make sense of their world, understand the phenomena they see in their everyday lives and be able to ask questions about what they're seeing: 'Why does that happen? When did it start?'" Catena said. "In QUEST, teachers generate questions themselves but also think about how you get students to start asking questions."

Other experiments conducted by the teachers studying weather and climate focused on air pressure, temperature, the seasons, the greenhouse effect, humidity, clouds, wind and storms. 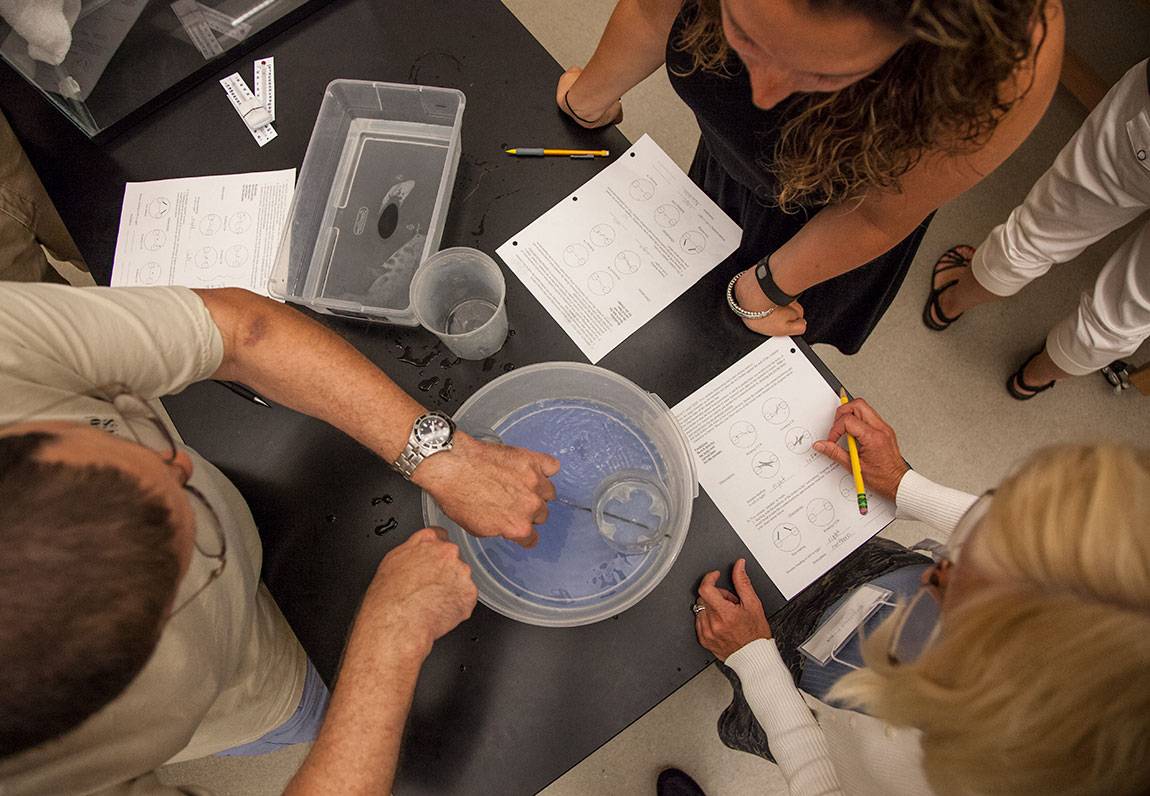 QUEST is made possible by funding from the National Science Foundation, Princeton University's Cooperative Institute for Climate Science Research and the Program in Teacher Preparation, as well as support from the participating schools. The program drew teachers from eight New Jersey school districts: Hillsborough, Lawrence Township, Montgomery, North Hanover, Northern Burlington, Somerset Hills, Trenton and West Windsor-Plainsboro, as well as from private, parochial and charter schools.

Carson, who has been helping to lead QUEST for nearly 20 years, said the program is one of the highlights of his year.

"I love the material. I love working with the teachers," he said. "This is a group that's coming in the summer to learn, and they're all focused and engaged and excited to be learning things. It's a very satisfying thing." 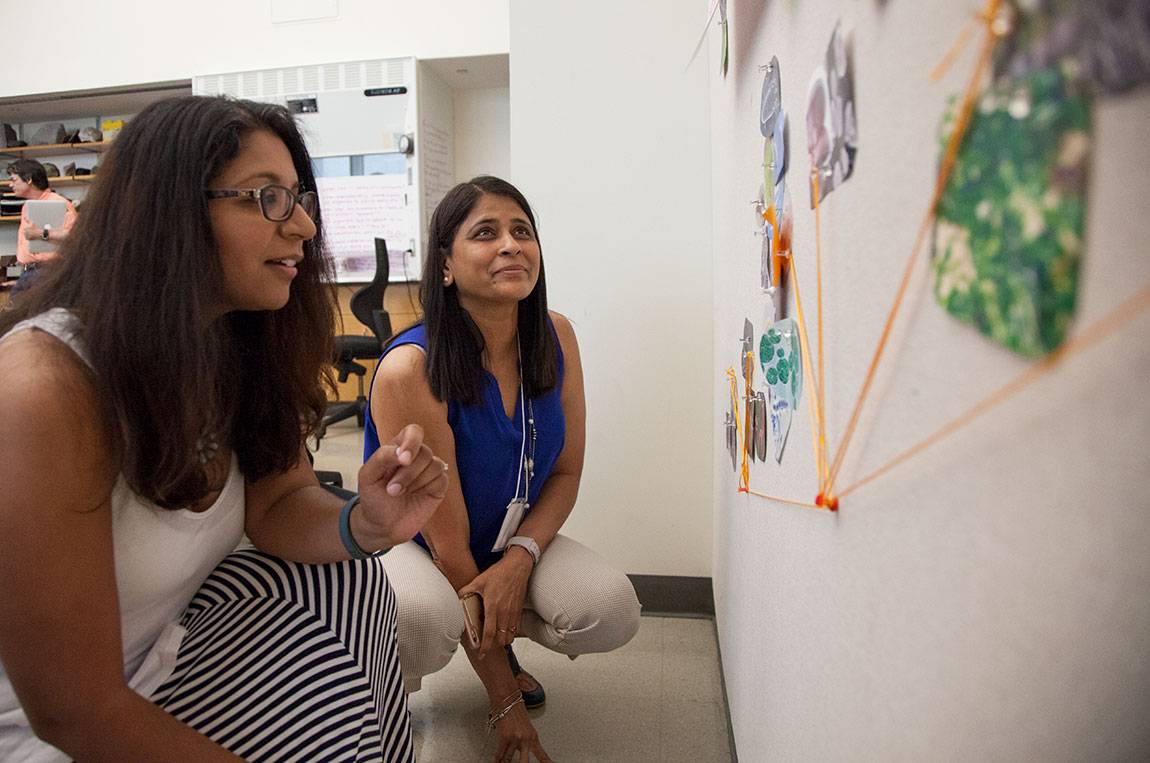