by John Cramer, Office of Communications

Most Princeton University students were away during the summer, but it was still a busy season on campus as major construction and renovation projects moved forward to expand initiatives in sustainability, arts, residential housing and other areas. 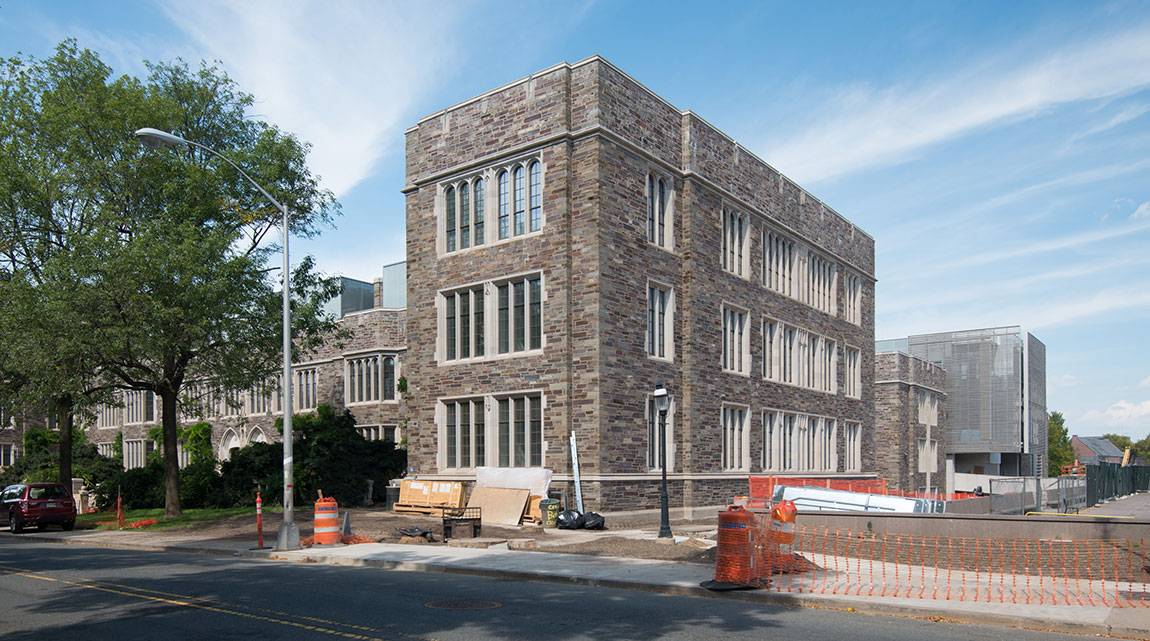 The Julis Romo Rabinowitz Building and Louis A. Simpson International Building project (formerly 20 Washington Road) is expected to be completed in fall 2016 with occupancy commencing over winter break. (Photos by Christopher Lillja, Office of the Vice President for Facilities)

Julis Romo Rabinowitz Building and Louis A. Simpson International Building (formerly 20 Washington Road): The 20 Washington Road renovation project, which began in spring 2015, will repurpose the former Frick Chemistry Laboratory and centrally house economics and international program offices that had been spread across campus. Each of the building’s two major sections will have a distinct architectural identity and its own entrance. Completion is expected in fall 2016 with occupancy commencing over winter break. The structure’s interior is being renovated extensively, while the historic character of the exterior of the building and interior spaces are being preserved. Built in 1929, the 200,000-square-foot building will feature new classrooms, offices and meeting spaces, and two communal atriums. The atrium on the south side of the building will connect to Scudder Plaza and the other social science buildings in the vicinity (Robertson, Corwin, Wallace, Fisher and Bendheim halls). 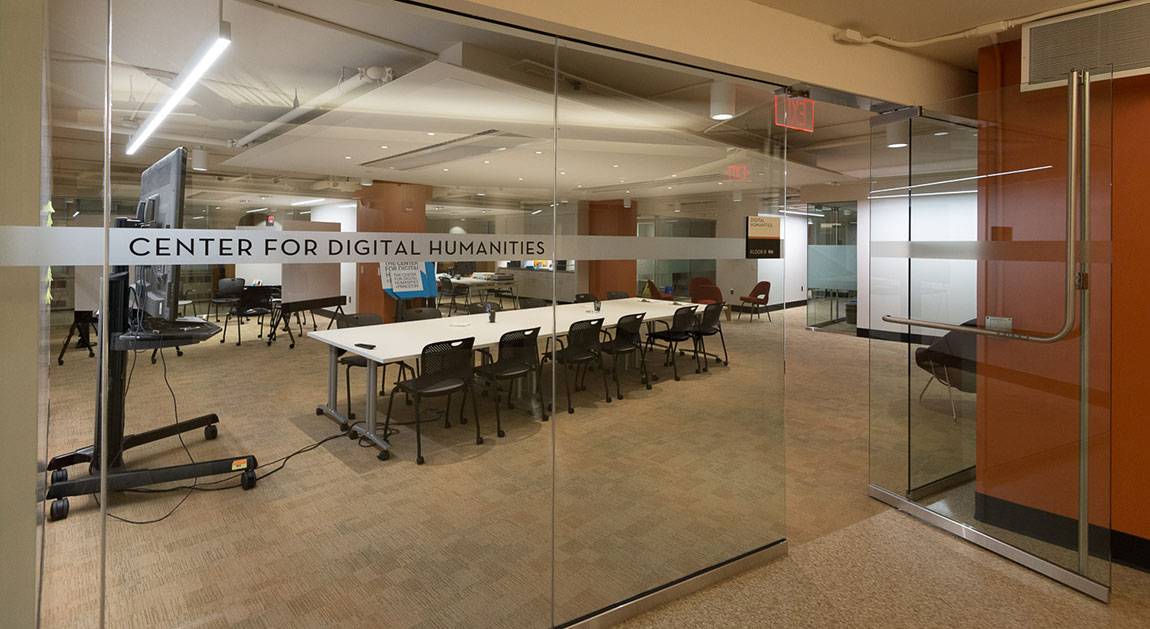 The phased renovation of the Firestone Library is creating an environment well-suited for modern library services and scholarship.

Firestone Library: The phased renovation of Firestone Library, now in its seventh year, is creating a building well-suited to support modern library services and approaches to scholarship, while providing the proper environment for one of the world's great book and manuscript collections. Completion of the overall project is expected in fall 2018. In the fall of 2016, the Rare Books and Special Collections area on level C was completed by the start of classes with the RBSC reading room completion later in the fall. Digital Humanities, the Video Library and additional staff and collection space are also expected to be completed.

McCosh Health Center: This project optimizes the functionality of existing spaces in McCosh Health Center and upgrades the user experience for students, faculty and health care providers. The project creates a new lobby and registration area on the first floor, divides existing spaces into health care suites separated from public corridors, and upgrades finishes and lighting throughout the work area. The project will be completed in fall 2016. 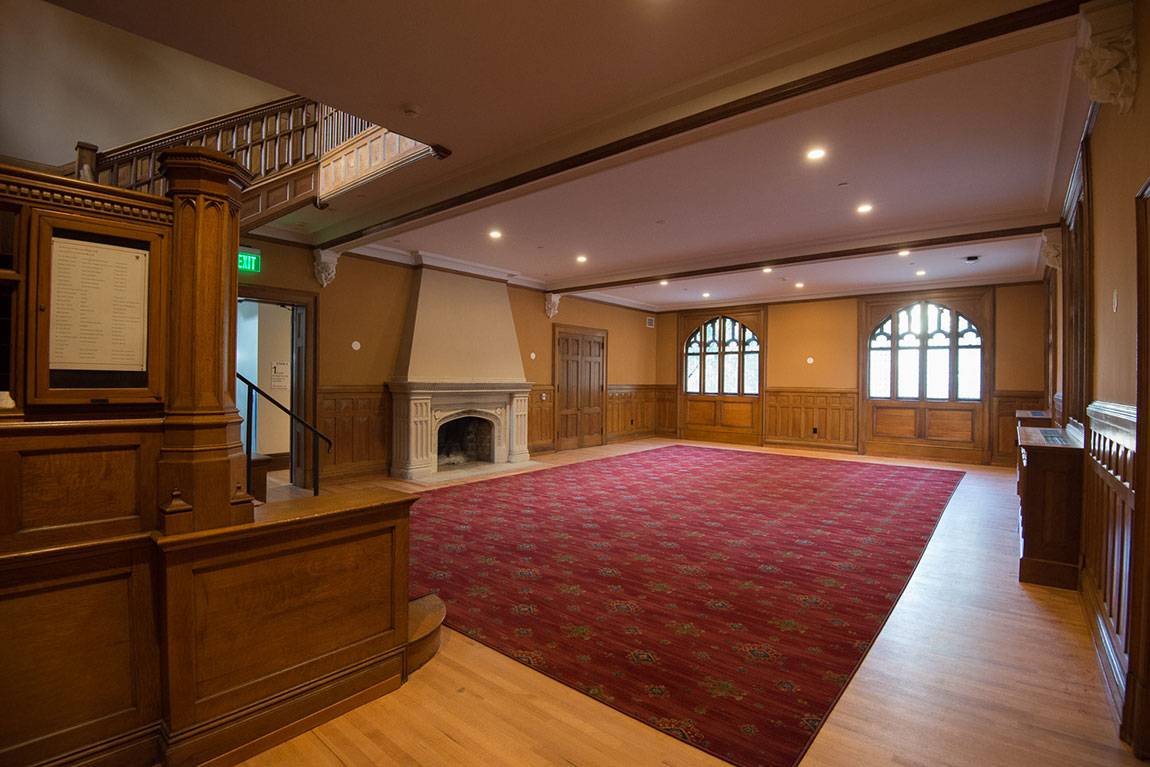 The renovation of Dodge Hall is expected in fall of 2016.

Dillon Gym: The Dillion Gym project is improving the support spaces, finishes and layout of locker rooms and doing renovations that consider accessibility and gender inclusiveness throughout the A level basement. The work is occurring with much of the facility in operation. The project’s eco-friendly features include sustainable materials, energy-efficient lighting and low-flow plumbing fixtures. The project’s first phase was completed in the fall of 2015. Although overall completion was planned for fall 2016, additional work was needed, moving the planned completion date to early 2017. 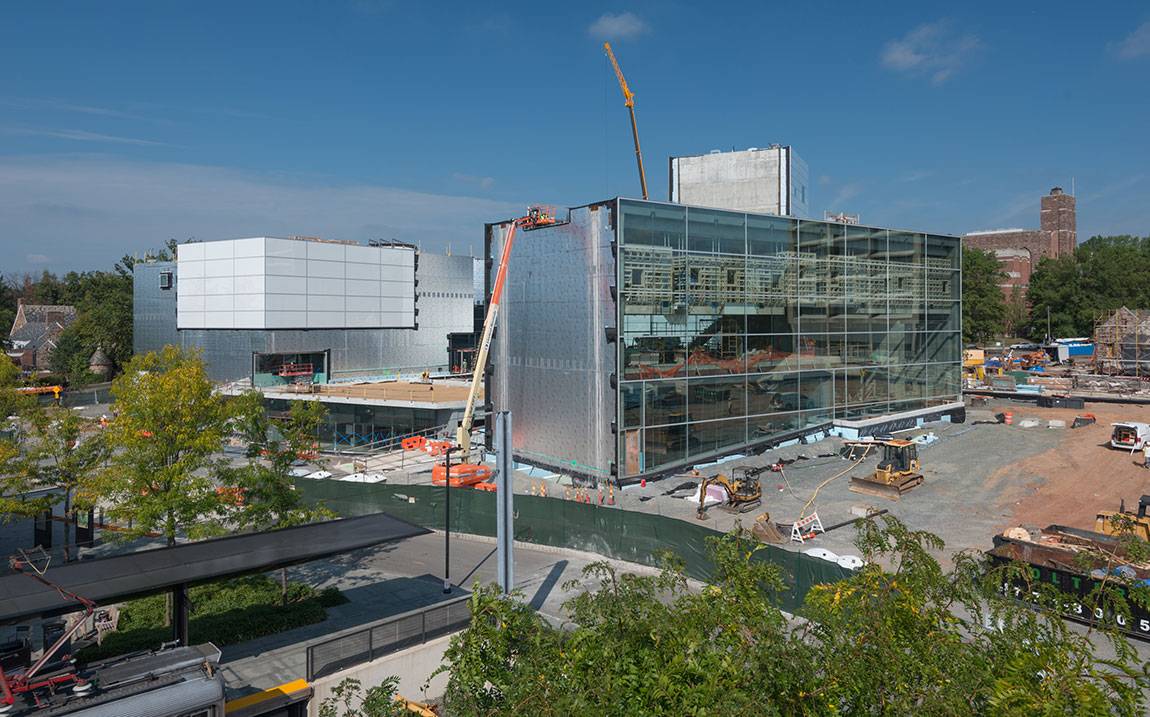 The arts buildings under construction will provide performance, rehearsal, classroom, studio and office space for the Lewis Center for the Arts and the Department of Music.

Arts and Transit Project: The transit portion of the Arts and Transit Project, which includes the modernized NJ TRANSIT Dinky Station, Wawa convenience store, landscaping and parking, has been completed. The Dinky Bar and Kitchen café opened over the summer in the old train station building while construction continues on a restaurant built around the old baggage building nearby. Construction of the site's three arts buildings is underway, with work on the building enclosure and interior construction ongoing. The arts buildings will provide performance, rehearsal, classroom, studio and office space for the Lewis Center for the Arts and the Department of Music. Completion is expected by fall 2017.

Merwick Stanworth Apartments: The first phase of the 128-unit Merwick Stanworth complex — a townhouse and apartment community for faculty and staff, with some affordable housing units for local residents — was completed in 2014. The second phase of work (the Stanworth section) began in summer of 2015 with the demolition of the old Stanworth apartments. Occupancy began in summer 2016, with completion of the entire phase scheduled for fall 2016. The complex is located along Route 206/Bayard Lane. 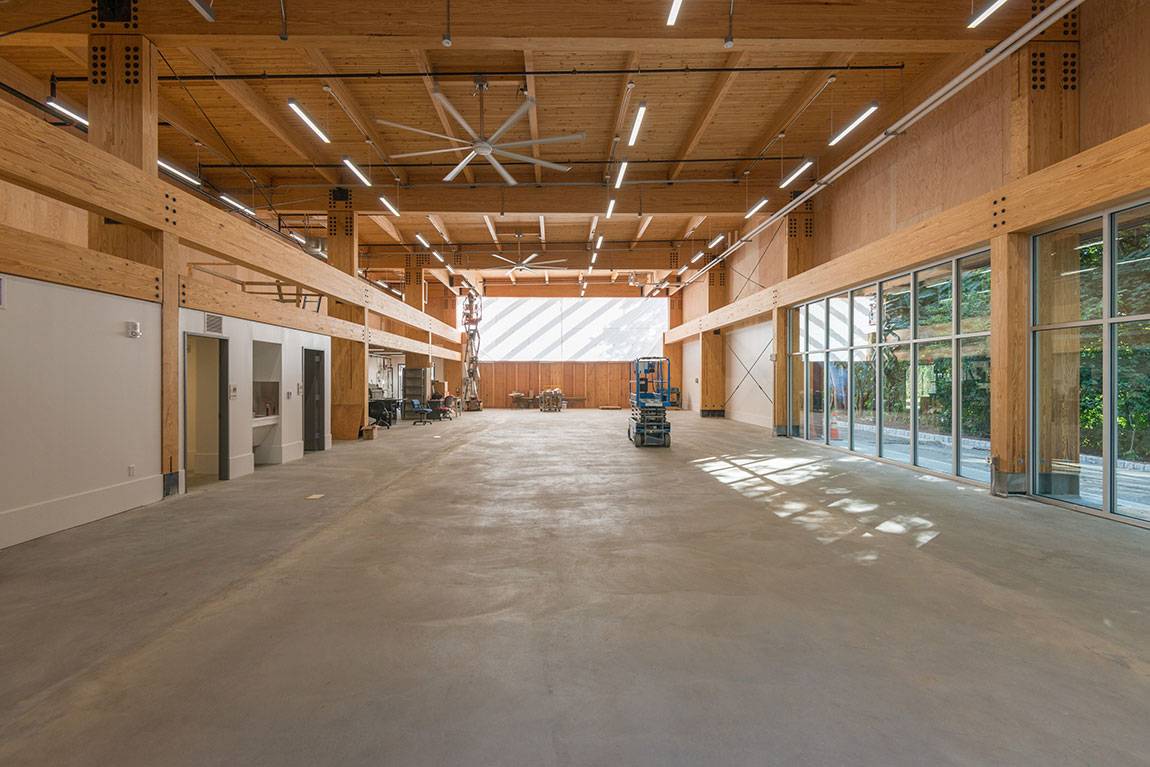 Construction of the Architectural Lab is nearing completion with occupancy expected in fall 2016.

Architectural Laboratory: The Architectural Laboratory, used for tectonic testing of structures and for large-scale fabrications, as well as for the teaching of construction methods, sits on about one acre of University-owned property located south of the Frick Chemistry Building. The project supports the University's initiative to improve teaching in architecture, engineering, fine arts and computation. It features new specialized laboratories to study model theory and experiments with robots, sensors and other interfaces between computers and the physical environment. Construction is nearing completion with occupancy expected in fall 2016.

Child Care center: Work has begun on the Princeton Child Care center, which will include classrooms for infants, toddlers and preschool-age children of faculty, staff and students. Foundations were completed this summer with project completion expected in summer 2017. The center will be operational in fall 2017.