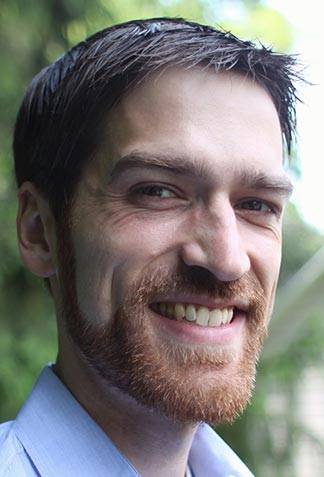 Colombian President Juan Manuel Santos was awarded the Nobel Peace Prize on Oct. 7 for his efforts to bring to an end the 52-year-long civil war between the government and the Revolutionary Armed Forces of Colombia (FARC) guerilla group.

While voters narrowly rejected on Oct. 2 a peace deal to end the war, the Nobel committee noted Santos' consistent efforts to move the peace process forward and his calls after the vote to continue peace efforts.

Robert Karl, an assistant professor of history at Princeton University who teaches modern Latin American history, offered his thoughts about the Nobel committee's selection. Karl's forthcoming book, "Forgotten Peace: Reform, Violence, and the Making of Contemporary Colombia" (University of California Press, 2017), places peace at the center of Colombian history, while also offering the most detailed exploration to date of the origins of the FARC.

Question: What is your reaction to the Nobel Peace Prize being award to Santos?

Answer: There had been speculation for months that President Santos, the FARC and a group of civilian victims of the war might win the prize. Those hopes seemed dashed by the result of the Oct. 2 referendum, but the Nobel committee has thrown its support behind the achievement of a new peace agreement. In awarding Santos this prize, the committee is not simply recognizing past effort: the committee's statement makes a clear intervention in the highly fluid and contentious political process that has followed Oct. 2. The prize may grant Santos the extra political capital required to leaven the opposition's demands for a more stringent deal with the FARC. Reaction so far from Colombia has been very positive, though it remains to be seen if all the international attention in fact pushes the government and opposition farther apart.

Below are Karl's earlier thoughts on the results of the referendum.

Q: What's your reaction to the "No" vote in the referendum?

A: The victory of the "No" vote came as a surprise, given that polls had put the "Yes" camp ahead by a 10-point margin. But there were indications on social media around midday that voter turnout was low in Bogotá, which was an important source of votes for the "Yes" camp. Flooding from Hurricane Matthew also impeded voting on the Caribbean coast, which voted "Yes" in high percentages. This alone may have provided the "No" camp the margin of victory.

Q: How do you think the outcome was shaped by the history of the conflict?

A: Numerous commentators have observed a divide between Colombia's wealthier urban core, which voted against the peace accord, and its impoverished rural peripheries, which voted for the agreement. This analysis works to some extent at the national level, but may be more significant at the regional level. Even in departments that voted "No" overall, the "Yes" vote polled more strongly in peripheral local areas that witnessed the worst of the violence. There are notable exceptions, so it will be fascinating for us to look eventually at the very specific local experiences that helped to condition the vote.

Q: Where does the peace process go from here?

A: This is the big question. President Juan Manuel Santos had said there was no Plan B, so all of Colombia's political actors are now trying to determine what comes next. It is reassuring that Santos has said that the government will maintain its ceasefire, and that the FARC have declared their commitment to peaceful politics and the achievement of peace. But it seems unlikely that the FARC will agree to renegotiate the terms of the agreement, as the "No" camp has demanded. It is difficult not to be extremely pessimistic.

Q: Why has the conflict continued for so long without resolution?

A: Colombia's conflict is essentially the confluence of a number of distinct local and regional conflicts. Colombia is one of the most unequal countries in the world, especially in the countryside, which makes land a central problem. Yet if the FARC have been fighting for greater access to land since 1964, their struggle has neither taken place in the same regions nor been about the same issues as the civic struggles that small farmers on the Caribbean coasts have fought with large landowners. The emergence of coca cultivation and cocaine trafficking by the 1980s also had a massive destabilizing influence on the country. In fact, if we are going to speak of the FARC's 52-year insurgency, I would argue that we have to divide that into two periods, with drugs being the meridian. The FARC may have been founded in 1964, but they were not a major, national player until the 1980s. And precisely in response to the FARC's expansion came the worst of Colombia's violence, carried out by paramilitary groups aligned with drug traffickers, local and regional elites, and government security forces. The FARC are not the totality of Colombia's violence or its history.

Q: Can you briefly describe your research on this topic?

A: I am interested in the narratives that Colombians and outsiders tell about Colombia's histories of violence and peace. For instance, to use the common narrative the FARC's 52-year struggle — which we see everywhere in the U.S. media right now — is to accept the FARC's own version of its history. My research asks instead how Colombia's mid-20th-century history looks if we place peace, rather than violence, at the center. Doing this, and looking at local contexts, allows us to see that Colombia's violence is not preordained, that the issues at stake have political solutions. The rejection of the current peace accord shows how important it is to understand this interplay of ideas about violence and political outcomes.