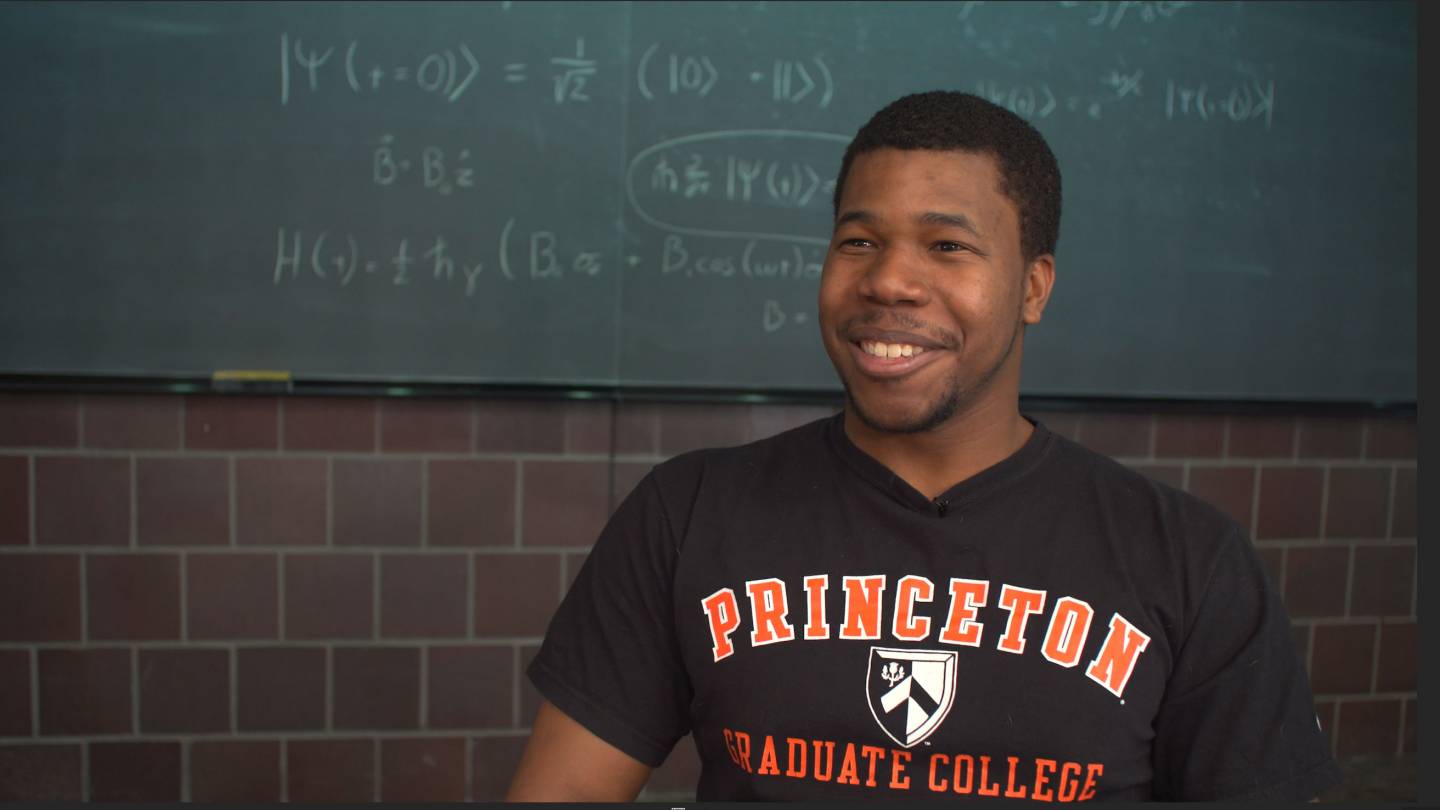 Akil Word-Daniels, a Princeton Ph.D. student in electrical engineering, balances his study of quantum cascade lasers with activities such as intramural softball and playtime with his dog, Zoe. (Video by Danielle Alio, Office of Communications)

When Akil Word-Daniels is not working in the lab, he may be participating in a student organization, playing a game of intramural softball or running near the Lakeside Graduate Student Housing complex with his dog, Zoe. Word-Daniels, a Princeton University graduate student in electrical engineering, believes that involvement in activities outside of academics is essential to becoming a well-rounded individual.

"You have to get away from the lab," he said. "You have to go out and get involved in different student groups. You have to get out and exercise your body. It's important that you exercise things other than just your scientific mindset."

Word-Daniels, originally from Mississippi, received his bachelor's degree in physics at Morehouse College in Atlanta, where he discovered his love for science, specifically optics and lasers.

"A laser is just the purest form of light," he said. "There's just something majestic about a laser that just drives me to it. It makes me want to create them and use them and just play around with them."

Word-Daniels works with quantum cascade lasers in Claire Gmachl's lab. Gmachl, the Eugene Higgins Professor of Electrical Engineering, is also his adviser. Word-Daniels is responsible for optimizing how the lasers work as well as testing their function in new material systems.

"If you could put a quantum cascade laser into a silicon system, something that we use in all microelectronics, then you could get cheap, affordable systems that you can, you know, use on your cellphone," Word-Daniels said.

After he earns his Ph.D., Word-Daniels plans to become an advocate for science and science policies. He wants to bring science to communities where science education may not be strong.

"Every day I wake up and I try to think about, how can I improve my communities? It's something that's ... a deep-seated passion for me, and my research training here is just setting me up for success in that sense," he said. "In my opinion, scientific research — the fundamentals of it — I think is a gateway on solving … all of the problems in the world."