Town of Princeton residents and Princeton University students and staff gathered on campus Monday, Jan. 16, for a community breakfast to celebrate the memory and legacy of Dr. Martin Luther King Jr.

"I stand here today to tell everyone that we are one community, that we have more in common than we actually realize," said Princeton Councilman Lance Liverman, the featured speaker. The program at the Carl A. Fields Center for Equality and Cultural Understanding drew nearly 150 people and included an up-tempo performance by the Unity Choir of Princeton's First Baptist Church. 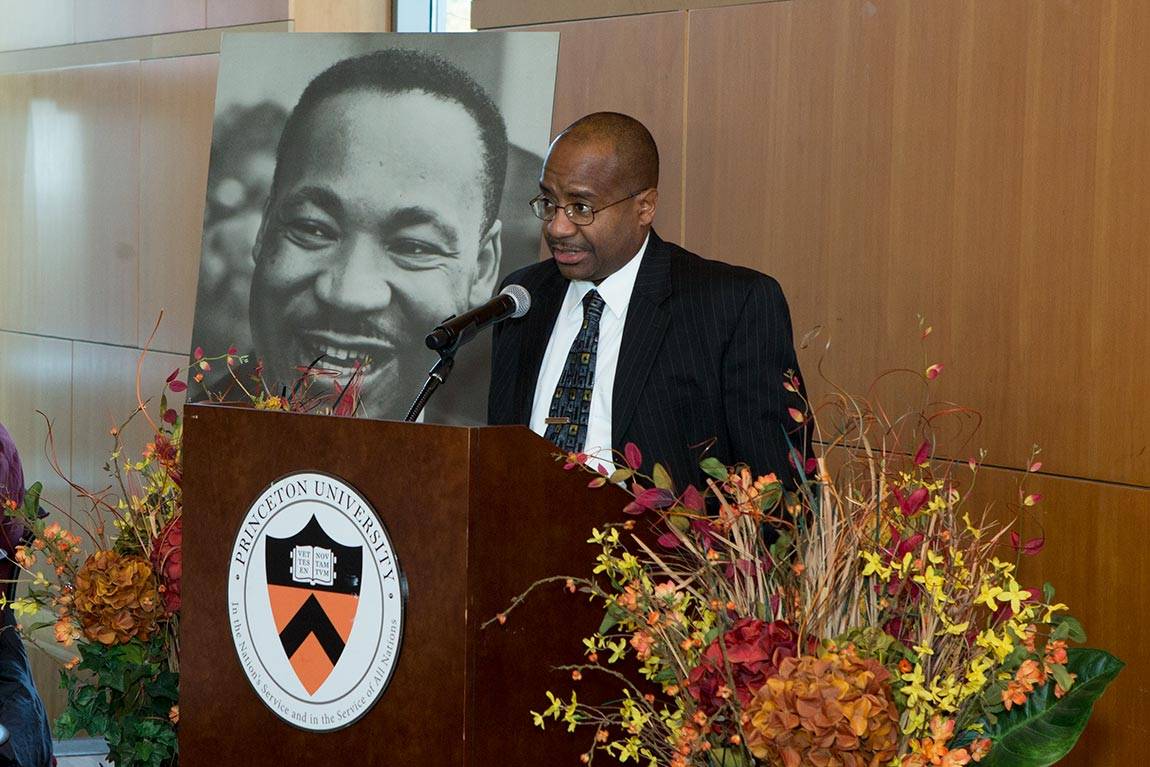 Town of Princeton residents and students and staff of the University gathered Monday, Jan. 16, for a community breakfast on campus in honor of Dr. Martin Luther King Jr. Princeton Councilman Lance Liverman, the featured speaker, addressed the importance of community. Photos by Denise Applewhite, Office of Communications

Liverman, who grew up in Princeton, reflected on his experiences in the town over the years, from being bussed as an elementary school student in the 1960s to working with community groups to help at-risk youth in recent years.

"We must now instill in our children what it means to work with and respect everyone," Liverman said. "We must teach our children that in order to succeed, we must sometimes feel a little uncomfortable."

Liverman cited the inspiration of King and quoted from the civil right leader's "I Have A Dream" speech and decried "the bickering and mean spirit" of today's political climate in Washington, D.C. 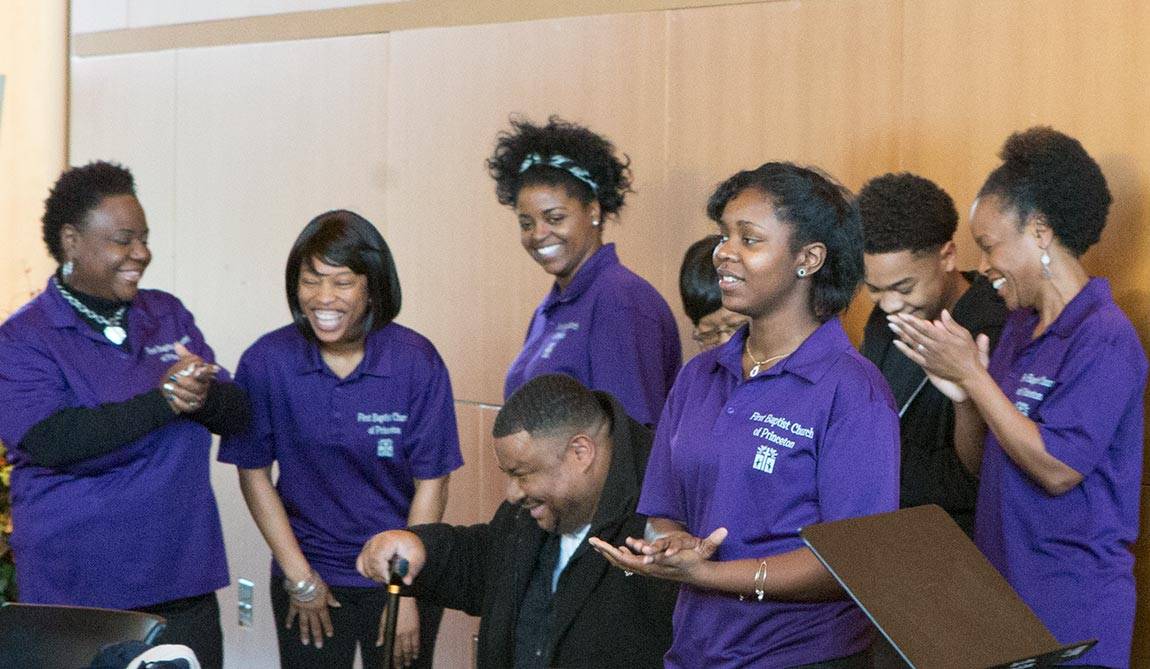 Members of the Unity Choir from Princeton’s First Baptist Church react with smiles as they hear applause from the audience at the completion of one of the songs they performed.

Liverman was introduced by University Vice President and Secretary Robert Durkee, who noted that the program was being held in the Carl Fields Center, named for "a man who played a singular role in bringing diversity and inclusion to our campus, and in promoting ties between our students and the community."

Fields was a Princeton dean who was the first African American to hold such a high-ranking post at an Ivy League school. He died in 1998.

Liverman noted that in previous years he was a regular attendee at the King Day celebration that the University held in Richardson Auditorium. This year, Princeton began observing Martin Luther King Day as a University holiday, so that event was changed to the more informal community breakfast. 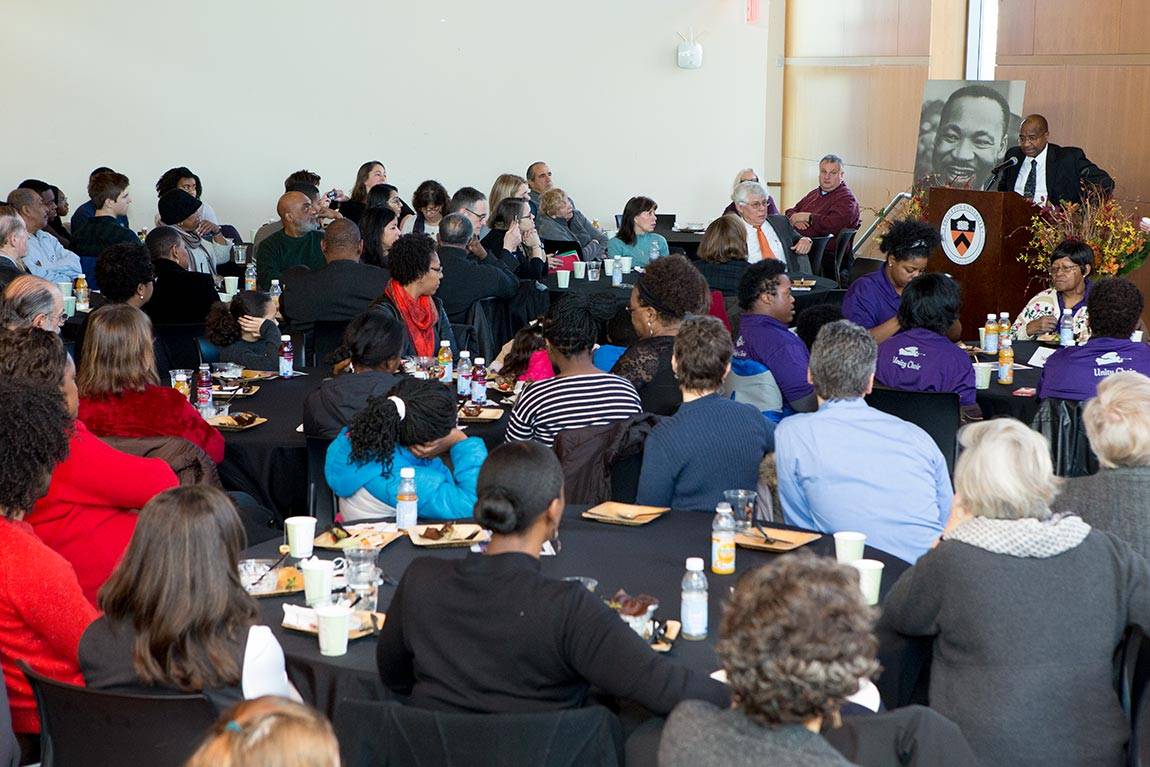 Nearly 150 people attended the event at the Carl A. Fields Center for Equality and Cultural Understanding on the Princeton campus.