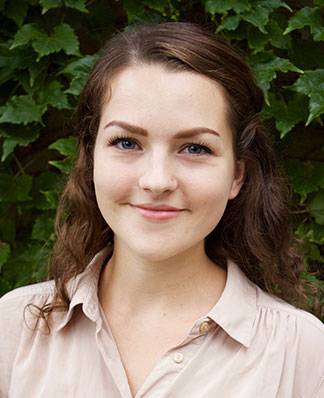 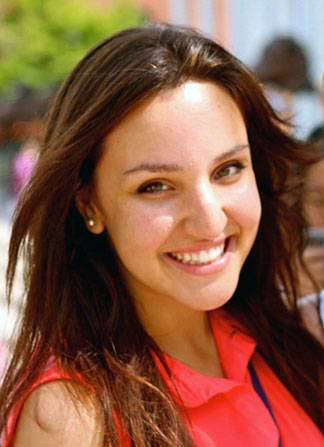 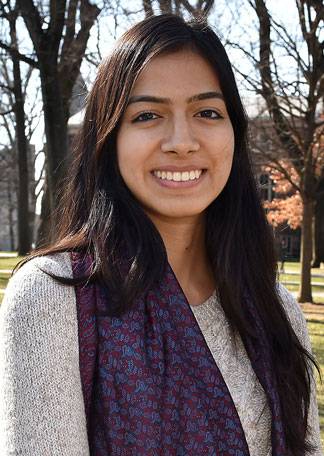 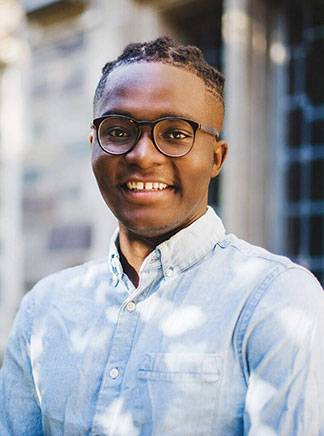 Hoffman, an independent concentrator in comparative urban development studies from San Francisco, will explore Brazil's favelas, low-income informal urban areas, to examine the relationship between low income and environmental injustice. Norgaard, a comparative literature major from Boulder, Colorado, plans to interview Brazilian artists who were political prisoners under the country's military dictatorship of the 1960s and develop an online resource about this group. A philosophy major from Secaucus, New Jersey, Sharma aims to strengthen educational opportunities in a remote rural region of India. Tenkiang, an independent major in African urban studies and development from Bear, Delaware, wants to help third-generation urban refugees in Nairobi, Kenya, find new ways of expressing themselves through slam poetry.

"The field of applicants was particularly strong this year; in fact I can't recall such a large number of very strong candidates and projects since I started as the Labouisse adviser over a decade ago," he said.

Hoffman became interested in Brazil's urban development challenges when she spent a gap year working in Salvador, a city of 2.9 million people in the nation's Northeast Region. She said the fellowship will enable her to explore the intersection of urban violence and environmental injustice in a group of favelas in the North Zone of Rio de Janeiro.

"After my gap year, I returned to Brazil for three consecutive summers, researching and writing about issues ranging from police violence to forced evictions to grassroots environmental initiatives in Rio's favelas," Hoffman said. "While many favelas do contend with poor environmental conditions, addressing these challenges must begin with their residents. This doesn't mean that public authorities should be excused for failing to provide basic services, but rather that we need to radically strengthen mechanisms of participation in urban planning."

Hoffman will work with Catalytic Communities, a nonprofit organization and grassroots think tank dedicated to supporting favela residents in Rio to advance these goals. She will explore how environmental practices and technologies cultivated in favelas can inspire citywide sustainable development practices.

"Ms. Hoffman first came into my office as a first-year student, when she wanted to discuss her experiences in Salvador," said Bruno Carvalho, an associate professor of Spanish and Portuguese and Hoffman's junior paper and senior thesis adviser. "At the time, her intense interest in the social and cultural dimensions of urban development struck me as unusually well-grounded for an undergraduate. Since then, she has consistently exhibited boundless intellectual curiosity and a strong commitment to justice. The Labouisse fellowship will help her to continue to develop into a young scholar and urbanist of great promise."

Hoffman is also pursuing certificates in Latin American studies, Portuguese language and culture, and Italian language and culture. In addition, she has served as a study abroad global ambassador, Outdoor Action leader and a member of the Princeton Gap Year Network, Green Princeton and Greening Dining.

Norgaard also plans to travel to Brazil, where she will write journalistic profiles of writers and artists who resisted the country's last military dictatorship.

"Though Brazil's dictatorship ended over three decades ago, the nation has had an uncertain relationship with its authoritarian history," Norgaard said. "While Brazil's government stayed silent, the country's artists, musicians and filmmakers took on the work of breaking that silence by representing the dictatorship in their art, music, film and literature. This is what I have studied as a comparative literature major. Most of the authors I wrote about for my second junior paper and senior thesis are reaching old age, yet they themselves, not just their fiction, have important stories to share."

Norgaard intends to use the fellowship to expand on the topic through journalism and create an online, multimedia database of profiles of authors and artists. She plans to live in São Paulo and Rio de Janeiro during her fellowship.

Pedro Meira Monteiro, professor and chair of the Department of Spanish and Portuguese who has taught Norgaard, recently had the opportunity to meet Norgaard in Rio de Janeiro while she was interning with Publica, a journalism agency reporting on the removal of poor communities for the construction of the site for the 2016 Olympics.

"There I could see her passion for social causes, as well as her investigative mind, in action, and her enthusiasm was simply contagious," Monteiro said. "Her interest in investigative journalism is coupled with her attention to the politics of memory in Latin American literature. I am confident that she will greatly profit from a Labouisse fellowship."

In addition to many activities at Princeton, Norgaard is pursuing a certificate in Latin American studies. She was awarded the Haarlow Prize in Humanistic Studies for best essay by the Humanities Council and the Martin A. Dale Summer Award. She also received support from the Comparative Literature Internship Fund and was selected as a member of the Behrman Undergraduate Society of Fellows.

Sharma's project was inspired by her grandfather, or Nanu, who is an emeritus professor of electronics and telecommunications and the first in his family to earn a college degree. Their long conversations about the importance of education deeply influenced her decision to pursue her work and the fellowship.

"As I travel further on my own educational journey, I found myself reflecting increasingly on Nanu's path — and on the children in his community who did not benefit from the educational opportunities that changed his life," Sharma said. "I wanted to get involved with this project to make stories like his more common and to enable rural Indian students through education to tackle modern environmental and social issues."

Sharma plans to live in Mumbai during her fellowship to work with Knowledge Hub for E-Learning or KHEL, which means "play" in Hindi, to provide rural students with improved education in the state of Madhya Pradesh. KHEL will provide rural school districts with offline and online curriculum-based platforms that use modular, gamified and experiential lessons to ease teaching loads and enable self-paced learning.

"Ms. Sharma is exceptional in both mind and spirit," said Joshua Katz, the Cotsen Professor in the Humanities and professor of classics. "Although I have taught her in only one class, I have known her since her arrival on campus in 2013 and at this point consider her to be as much my friend as my student. She seems to me a truly excellent candidate for the Labouisse fellowship, especially in view of her wish to spend the year in India engaged in an important area in which she has already made substantial contributions — educational entrepreneurship."

In addition to her numerous on-campus activities, Sharma has been part of the Behrman Undergraduate Society of Fellows and the Human Values Forum. She has also won the University of Otago Logic Prize and the Princeton University 25 Under 25 award in STEM and entrepreneurship. She was successful in leading a reinstatement of Sanskrit as a Princeton language as well as serving as the main student contact for the creation of the cognitive science certificate program.

Tenkiang will travel to Nairobi for his fellowship to tackle the question of cultural production among urban refugees.

"I would like to explore how urban refugees can use artistic methods to navigate urban life, reclaim their own narratives and empower their communities," Tenkiang said.

He plans to work with Fatuma's Voice, a grassroots arts and social justice organization in Nairobi, to organize a series of slam poetry workshops with urban refugee youth. While refugees in Nairobi nominally have access to public schools and hospitals, they do not have a recognized political voice.

"Through this project, I hope to highlight the different configurations of narratives of forced migration and displacement, the factors shaping these narratives, and the embedded power relations that permeate them," he said. "In particular, I'd like to consider how refugees contest the processes, which lead to the silencing and marginalization of their narratives and experiences. This project combines my passion for slam poetry, social justice and African cities."

Tenkiang is also pursuing certificates in urban studies and French language and culture. He was a PIIRS Undergraduate Fellow in 2016 and a Mellon Mays Undergraduate Fellow in 2015. He is co-president of the African Students Association, co-founder of the Black Leadership Coalition, a peer academic adviser at Wilson College, as well as a member of the Umqombothi African Music Ensemble, Ellipses Slam Poetry Team and the Dorobucci Dance Team.

"Achille has impressed me as remarkably thoughtful about literature and politics," said Wendy Belcher, an associate professor of comparative literature and African American studies who specializes in African literature and has taught Tenkiang and worked with him on numerous projects. "In his research, Achille has demonstrated his ability to address a variety of political issues with care, to read texts with nuance and to do very original work. He is an exceptional student, compassionate individual and a focused leader."

Following his fellowship, Tenkiang plans to pursue graduate studies to better understand the social, political and cultural transformations that permeate African cities and their relation to youth and migrant populations.