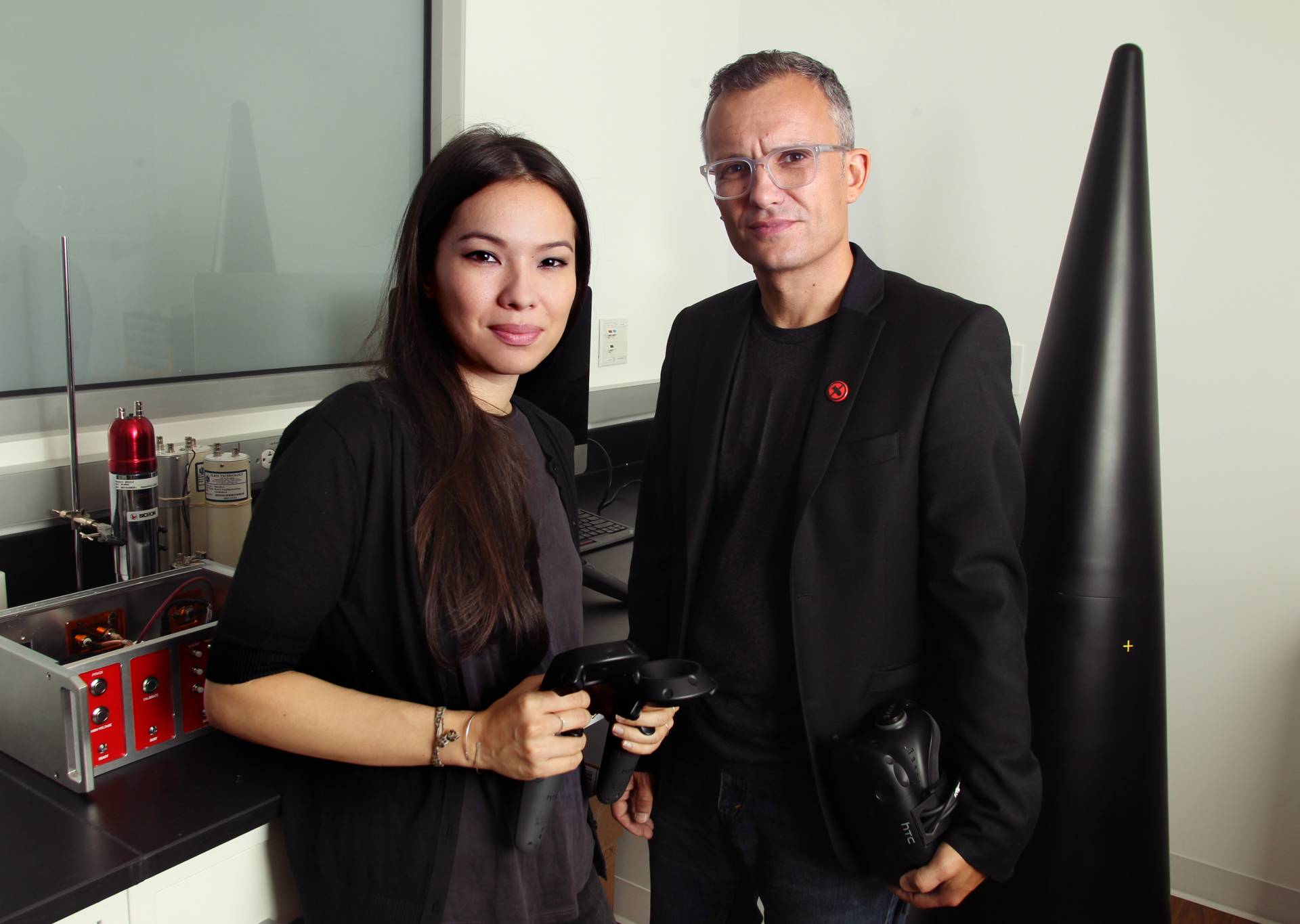 By John Schoonejongen for the Office of Engineering Communications

Tamara Patton, a doctoral student, and Alexander Glaser, an associate professor of engineering and international affairs, are working to develop virtual reality software to aid in arms control.

Efforts to reduce nuclear stockpiles soon may get a boost from a team of Princeton University researchers and a socially responsible gaming company that are seeking to use virtual reality to help improve systems to discover and monitor nuclear materials worldwide.

Alexander Glaser, an associate professor of mechanical and aerospace engineering and international affairs, and New York City-based Games for Change were awarded a $414,000 grant last month from the Carnegie Corporation of New York and the MacArthur Foundation. Their project, one of 11 selected, seeks to “employ virtual reality for innovation, collaboration and public awareness on nuclear arms control and materials security,” according to a corporation and foundation announcement.

The project participants will develop a full-motion virtual reality (VR) to “design and simulate new, cohesive arms-control treaty verification approaches” to reduce and secure nuclear weapons and materials, according to the proposal.

The first part of the project is meant to provide governments with new opportunities for cooperation in traditionally sticky nuclear arms-control efforts. The second part of the project will focus on raising awareness of the continuing dangers of nuclear weapons and material.

“While nuclear weapons are still very much around and relevant, and the risks posed by them are just as high as they used to be, the issues are much less salient today than they were during the Cold War,” Glaser said.

Glaser — along with Tamara Patton, a third-year doctoral student in the science, technology and environmental policy program at the Woodrow Wilson School of Public and International Affairs — worked with Games for Change to develop the proposal and pitch it to the Carnegie Corporation and the MacArthur Foundation.

“The basic idea is, can we leverage this new technology of virtual reality to actually facilitate collaboration in … a virtual environment where the security risks are essentially nonexistent,” Patton said. “It’s much less expensive, it’s much more flexible. And, of course, we can do it remotely.” 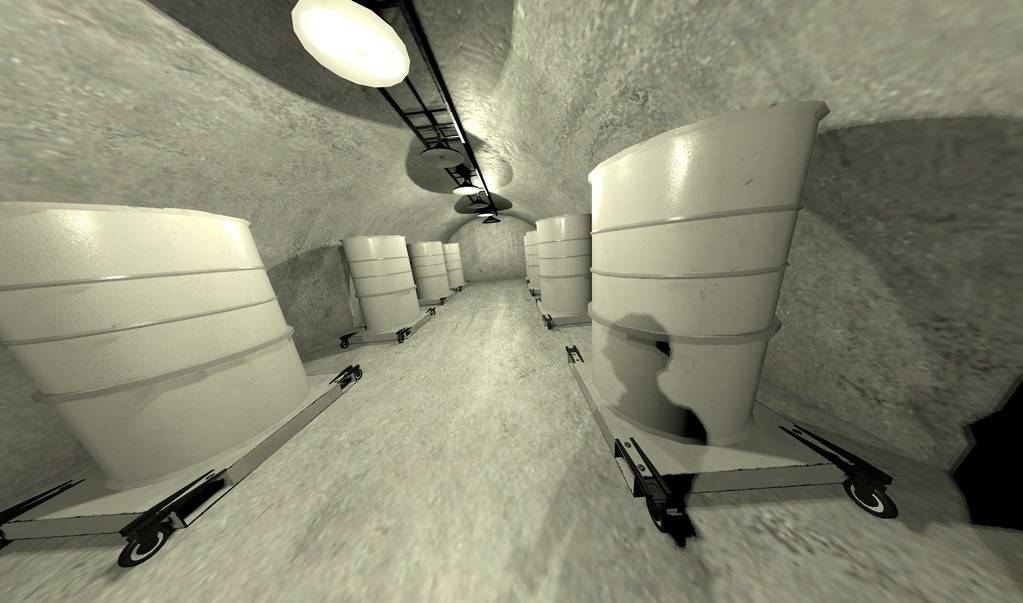 Glaser said virtual reality can create a simulated world in which inspectors and others can see and document issues involving nuclear material. Demonstrating new verification techniques can encourage nation-to-nation cooperation with an aim of reducing nuclear materials around the globe, he said.

Virtual reality can be used for training and demonstration, which in turn can convince nations that inspections do not present insurmountable hurdles, Glaser said. The current version of the virtual reality setup is hosted at Princeton’s Council on Science and Technology’s StudioLab.

There is a pressing need for innovative ideas, such as the use of virtual reality, when it comes to nuclear weapons control, said Allison Macfarlane, a former chair of the U.S. Nuclear Regulatory Commission and now a professor of public policy and international affairs and director of the Institute for International Science and Technology Policy in the Elliott School of International Affairs at George Washington University.

“It’s essential to develop some new thinking around how to reduce the numbers of these materials,” said Macfarlane. She called Glaser a “top-notch” scientist and policy expert who is uniquely qualified to deliver on the project’s promise.

“He’s one of the few people really thinking outside the box,” Macfarlane said of Glaser. Part of the innovative nature of the project is the Princeton team’s collaboration with Games for Change, a nonprofit company which aids in the development of games designed to foster awareness of and promote solutions to real-world problems.

Games for Change will take the lead creating a virtual reality game that could be used in classrooms or other learning spaces to raise awareness of the continuing dangers of nuclear materials.

“Virtual reality offers a number of engagement opportunities for consumers," said Susanna Pollack, president of Games for Change. "First of all, it gives them the opportunity to be in an environment in a safe manner rather than being exposed to something that is toxic or that has a high risk element to it. The second piece … is the ability to transport somebody and immerse them into a world that otherwise is difficult to imagine. ”

Patton said the consumer world is in the midst of a “VR renaissance” in which headsets are now reaching a wider consumer base than before. The increased sophistication and availability of virtual reality simulations present an opportunity to overcome the issues involved with access to nuclear sites.

“Before Alex and I even started working together, we were both watching this development, and it occurred to us that this would be a really useful space for our problem,” Patton said.

“We really have to get the younger generation on board with understanding what the threats are and then thinking about how to manage them,” Macfarlane said. “I think we have to meet them where they are, and … virtual reality is a really innovative way to do that.”