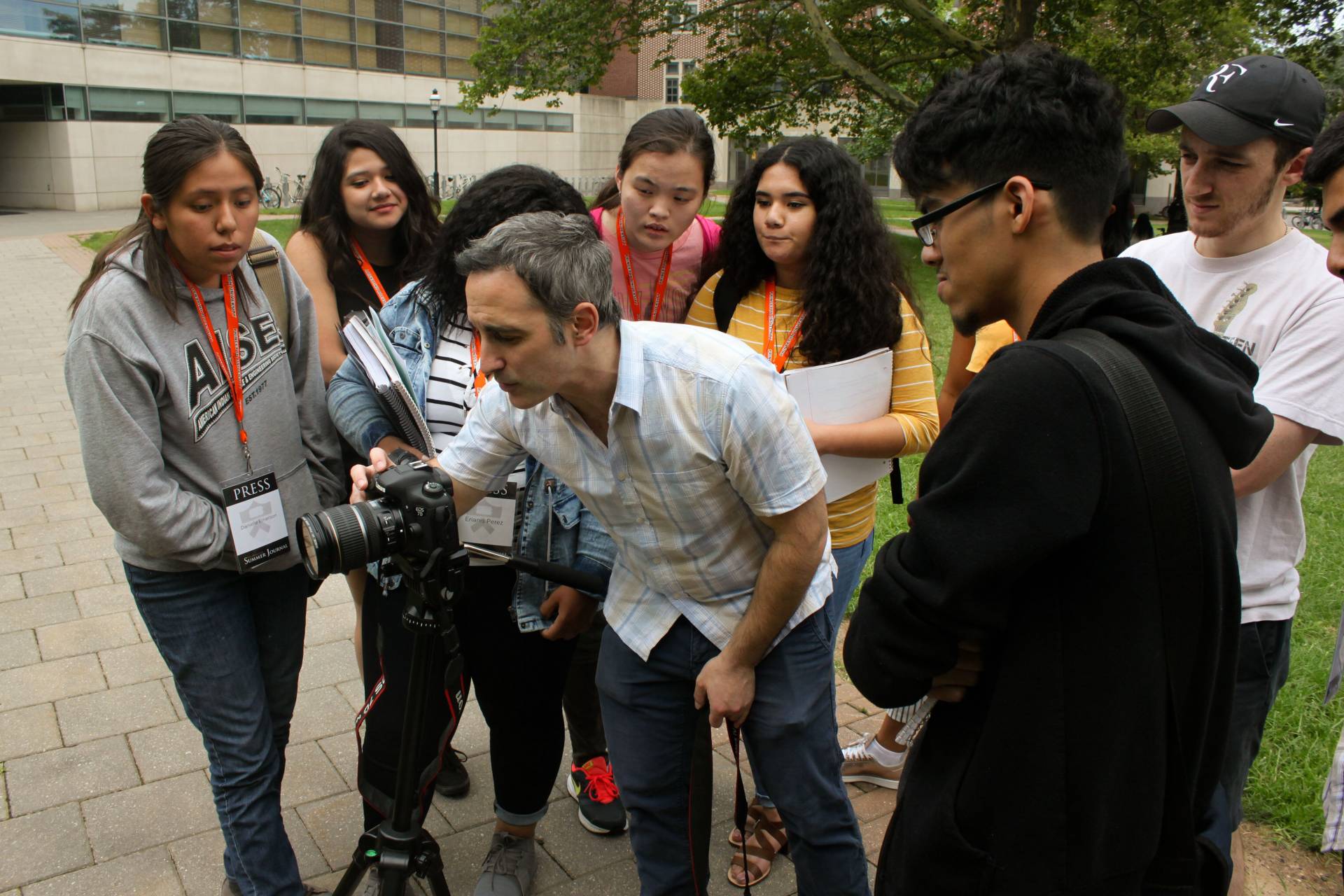 In 2015, when we participated in the Princeton University Summer Journalism Program (SJP) as rising seniors in high school, we did not think we had what it took to come to Princeton; we couldn’t picture ourselves measuring up to our peers, never mind affording the cost of an Ivy League education.

But today, we are about to begin our sophomore years at Princeton. And we just finished our first summer internships, returning to the Summer Journalism Program as program coordinators through the alumni-founded and funded organization Princeton Internships in Civic Service (PICS).

Every summer since 2002, SJP has brought a cohort of outstanding rising seniors from diverse backgrounds onto campus for 10 days of rigorous learning, writing and reporting. After the program, students are paired with SJP counselors, who serve as advisers throughout the college admissions process. This year, the program brought together its biggest class yet — 39 students — all from first-generation and low-income backgrounds.

The program was founded 16 years ago by four alumni from the Class of 2001: Richard Just, Gregory Mancini, Michael Koike and Rich Tucker. Today, the program is run by Just and a group of co-directors: professional journalists, Princeton alumni, and program alumni who volunteer their time during the 10 days at Princeton and year-round to sustain the program.

Since the early days of the program, SJP has annually hired PICS interns to help plan the program. For the first time last year, the program hired two interns. In addition to the interns and the program's directors, the 10-day program each August is staffed by professional journalists, college students, and program alumni who want to return and give back. The program's two main goals are: to get a new generation of intelligent young minds excited about journalism, and to increase access to higher education. The hope is that students will go home with a reinvigorated passion for journalism and with the knowledge that they can both afford and thrive at rigorous liberal arts institutions like Princeton.

SJP is the one of the main reasons the two of us are here at Princeton today. 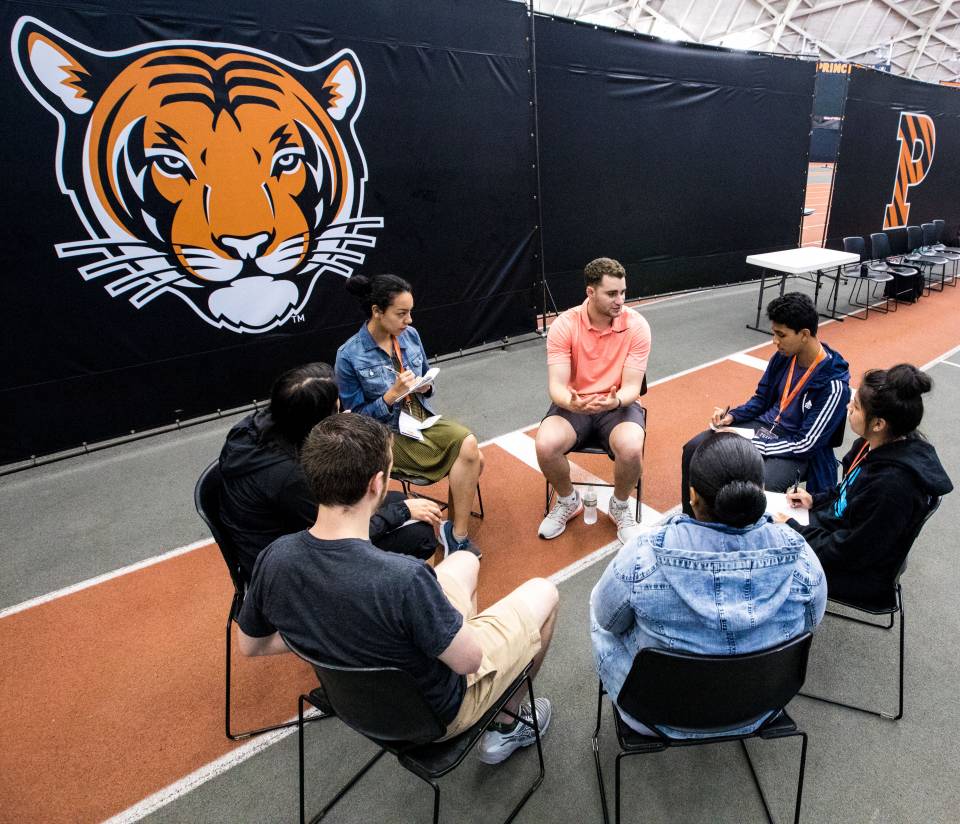 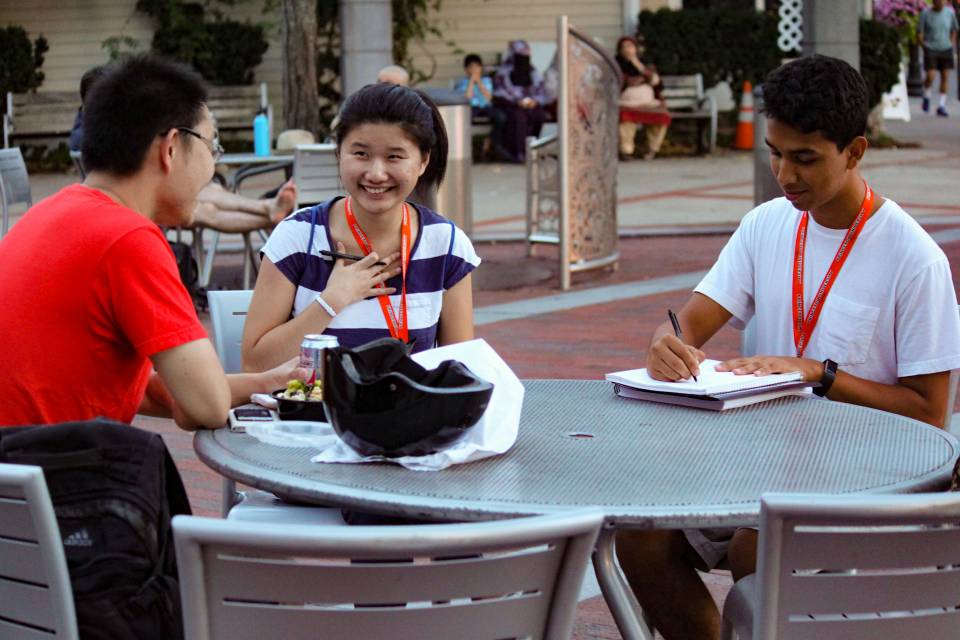 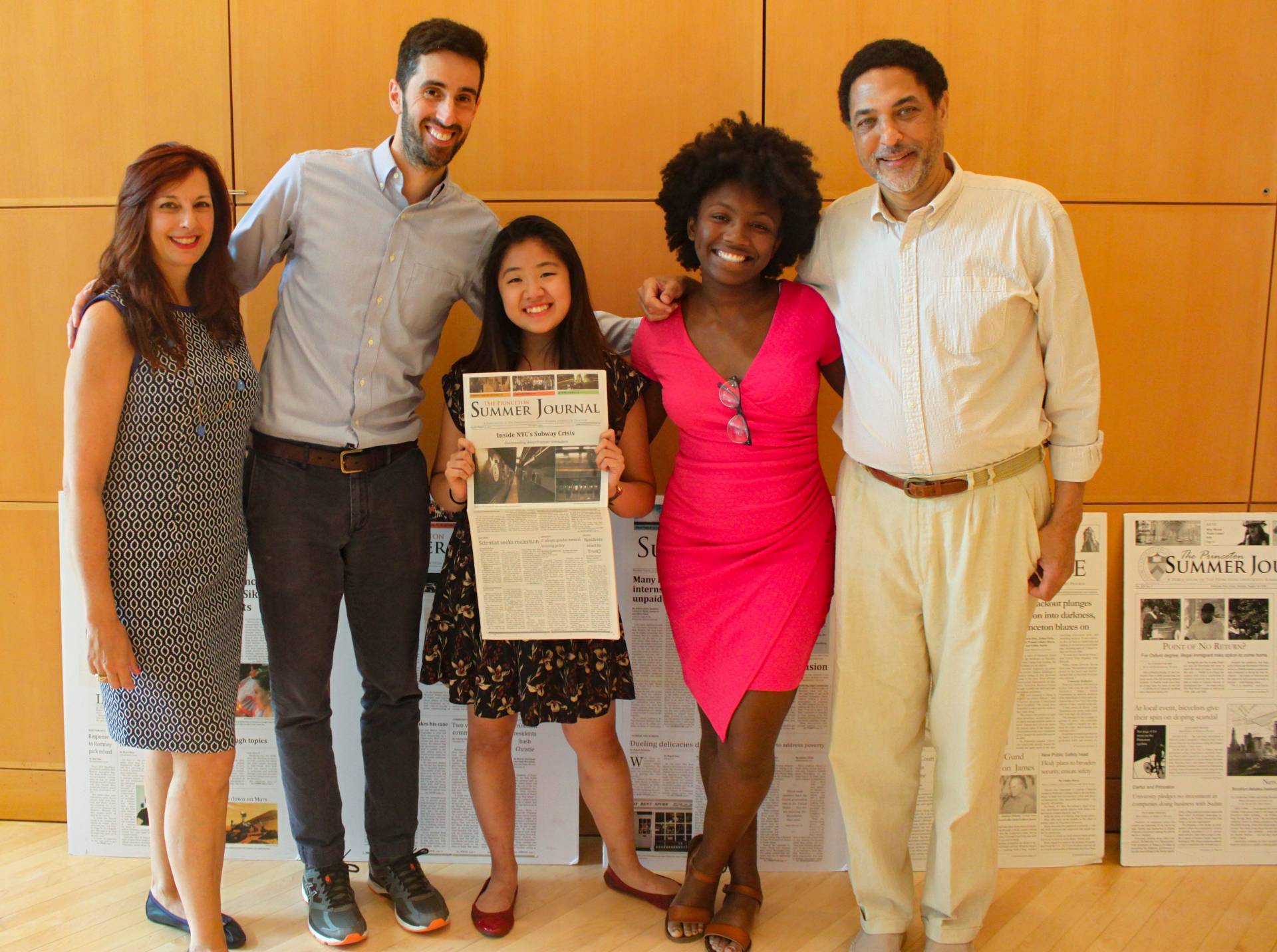 High school students HanYing Jiang, center, and Williams Mejia, right, interview a patron on Nassau Street on their first day of the program.

Rising Princeton sophomores Vayne Ong and Katherine (Kat) Powell, third and fourth from left, are alumni of SJP and credit the program with helping them prepare for lives as Princeton students. This summer, they served as program coordinators with SJP under Princeton Internships in Civic Service (PICS). Here, they present the final product of the program, The Princeton Summer Journal, with Jeri Schaefer, executive director of PICS; Richard Just of The Washington Post Magazine, co-founder of SJP and a member of the Class of 2001; and Jim Floyd, Class of 1969 and PICS board member.

Thanks to this PICS internship and the generous alumni who funded it, the Summer Journalism Program allowed us to connect with brilliant students from a range of backgrounds from all over the country — with whom we still shared some experiences. We saw ourselves in many of the students this year; they also face restrictive censorship at their high school newspapers; others don’t have journalism programs at all. Some of our students come from immigrant families or are immigrants themselves; other students feel their voices are unheard by their communities or underrepresented in the media.

Another important component of SJP is the guest speakers who challenge and enrich our thinking during meal talks and workshops. Students this year heard from a range of Princeton professors, including Kinohi Nishikawa of the English and African American studies departments, Robert George of the politics department, and Erika Lorraine Milam of the history department. Each year, Princeton professors such as these help students realize that you can debate with civility and logical reasoning.

Princeton President Christopher L. Eisgruber speaks to program participants in the Friend Center on the afternoon of Aug. 10.

And what truly sets SJP apart are the college counselors. They dedicate countless hours to reading and editing our essays, encourage us to apply to more challenging and selective schools, and calm us as we endure the nerve-wracking experience of applying to college as first-generation, low-income students.

What makes SJP most rewarding is the joy and thrill of putting together a newspaper. Throughout the program this summer, students reported on campus, interviewed student activists and University administrators, as well as patrons of Nassau Street, and even subway riders of New York City to produce The Princeton Summer Journal. This component certainly serves as an important reminder of something else: the power of good, truthful storytelling and the diversity of voices that make that possible. 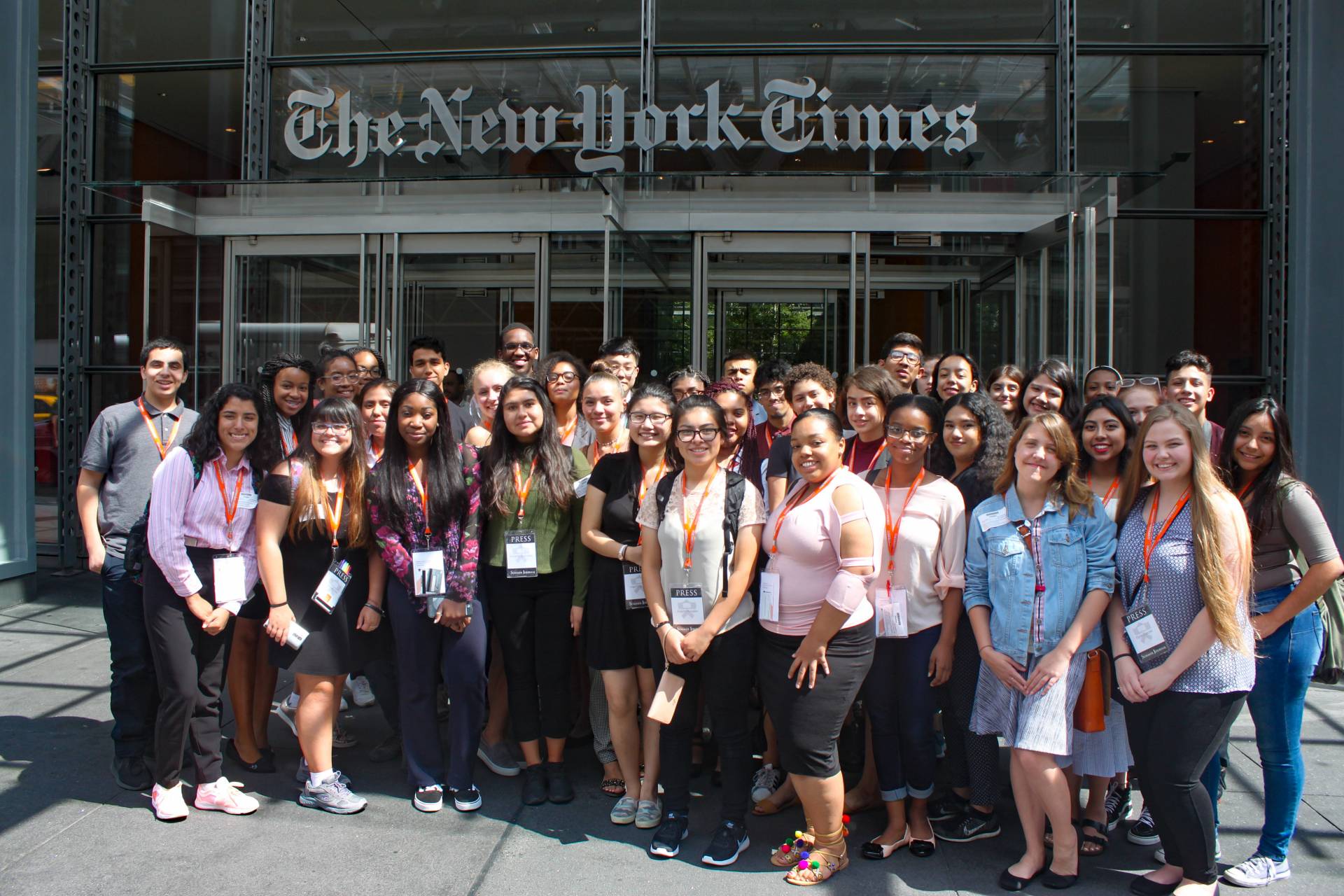 A day trip to New York City included visits to The New York Times, as well as other media outlets.