This fall, Princeton faculty teaching “The Interdisciplinary Design Studio” are introducing 12 students to architectural and urban design issues to help build their critical thinking and design skills. Central to the course was a fall-break trip to Brazil where students gained firsthand experience of the topics discussed on campus.

Design faculty from Princeton’s School of Architecture co-teach the studio with faculty across disciplines to expose students to the multiple forces within which design operates. This semester, Anthony Acciavatti, a Princeton Institute for International and Regional Studies/Princeton Mellon Fellow, is teaching alongside Gandelsonas, who also serves as a principal investigator for the Princeton Mellon Initiative in Architecture, Urbanism and the Humanities.

The course provides students, regardless of their major, an introduction to urban design and design-studio culture, as well as hands-on design experience. A requirement for the urban studies certificate, the studio offers a forum where undergraduates can develop research interests in multiyear sequences that might culminate in robust junior or senior independent work.

“Faculty and students have expressed increasing interest in the architectural studio model of learning," Gandelsonas said. "We’re employing it in this class as a way to bridge architecture, landscape, urbanism, the humanities and the environmental sciences in the exploration of the contemporary city.”

The course is supported by Princeton Environmental Institute’s Urban Grand Challenge, the Program in Latin American Studies, Vice Provost for International Affairs and Operations Anastasia Vrachnos, the Princeton Mellon Initiative in Architecture, Urbanism and the Humanities, and the School of Architecture.

Students describe their discoveries during the Brazil trip through photos and captions below. 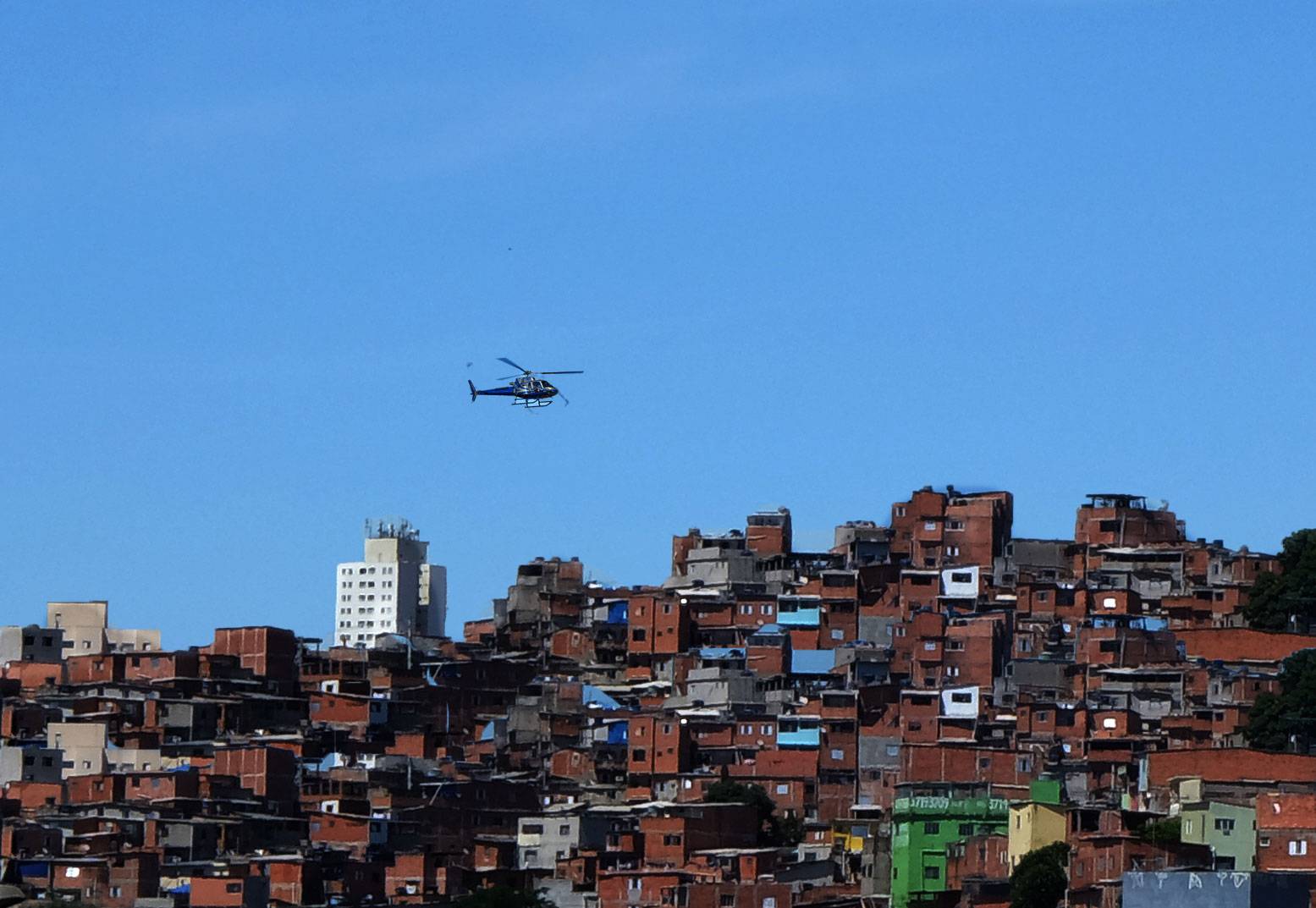 While Brazil is known for its national vibrancy, it is also characterized by intense socioeconomic gaps. Those of European descent tend to be wealthy and live in luxury skyscrapers while the Afro-Brazilian population is widely afflicted by poverty. This photo highlights the juxtaposition of wealth (a privately owned helicopter) and poverty (a slum/favela) that governs São Paulo’s social and political dynamic. — Anna Marsh, Class of 2020 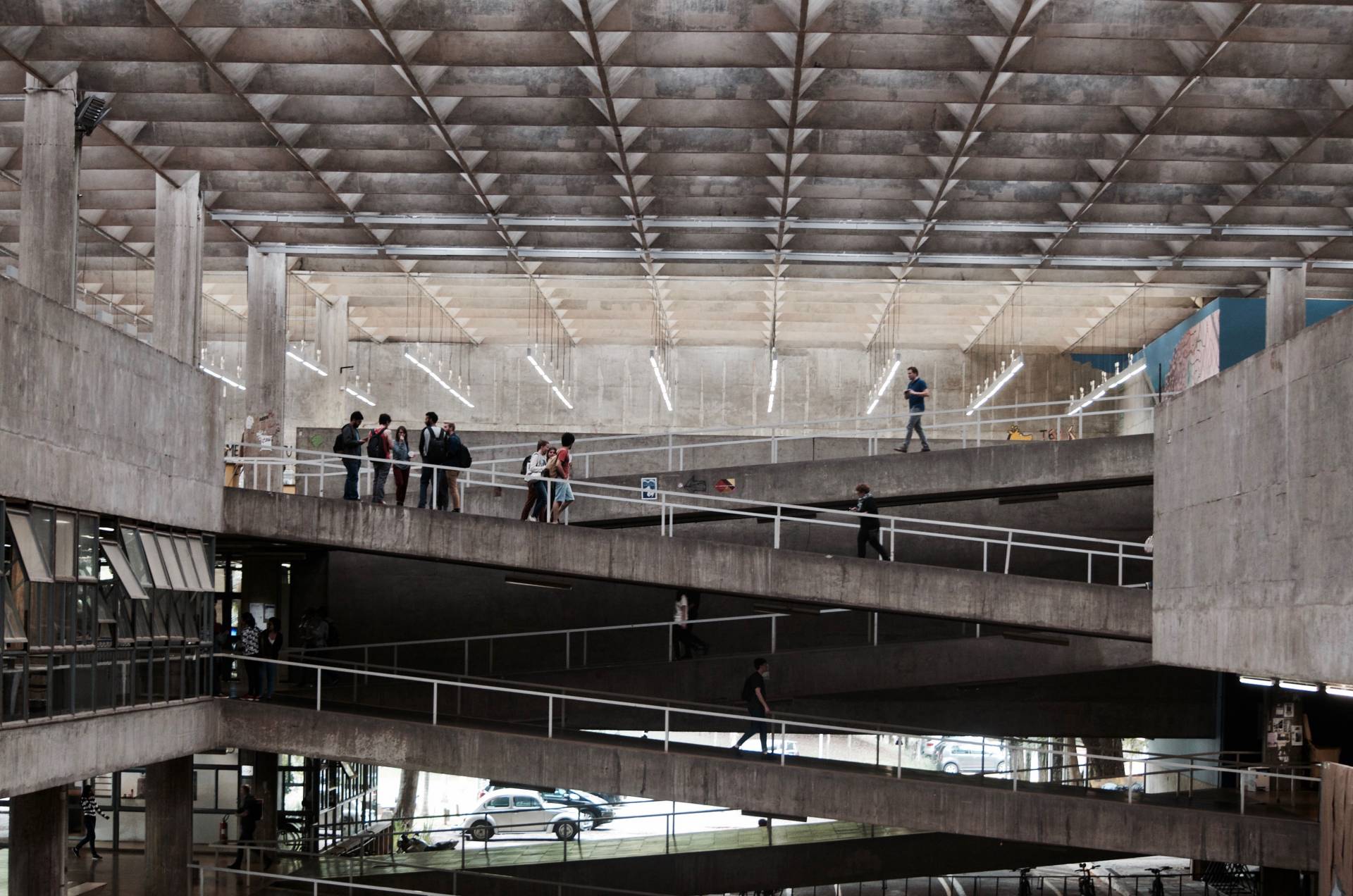 Students walk along ramps in São Paulo’s architecture school, FAU-USP. Designed in 1961 by João Batista Vilanova Artigas and Carlos Cascaldi, this structure is admired for its bare-boned brutalist style — providing the perfect canvas for students to paint the walls of the top floor as inspiration comes. — Casey Kemper, Class of 2020 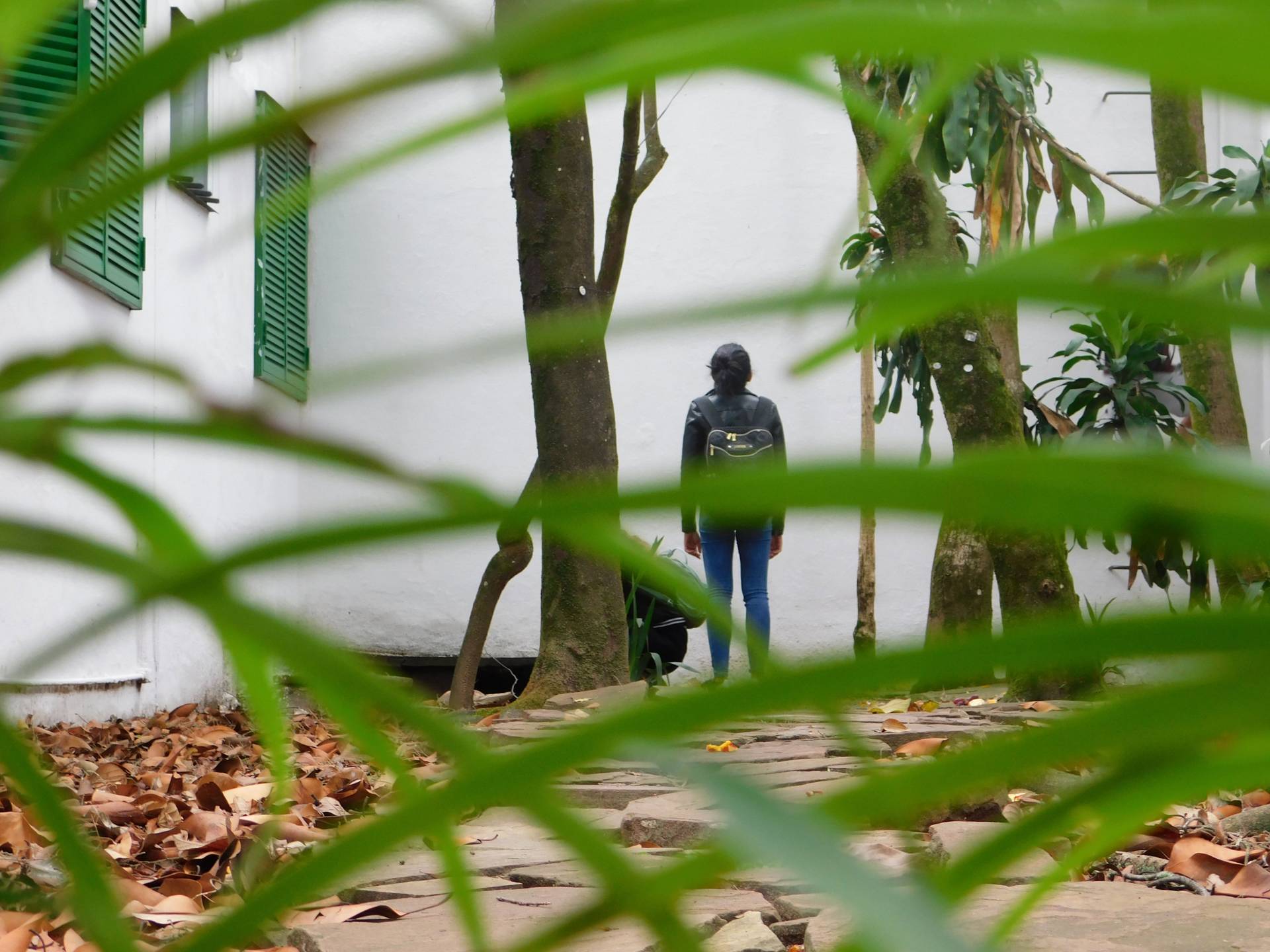 In what looked like the middle of the jungle, our class explored the Lina Bo Bardi house that is raised high among the Brazilian trees. My image shows an awestruck classmate looking at the architectural wonder that lays hidden in São Paulo. We loved learning about Bo Bardi as a modernist architect and a public figure. — Iago Robertson-Lavalle, Class of 2021 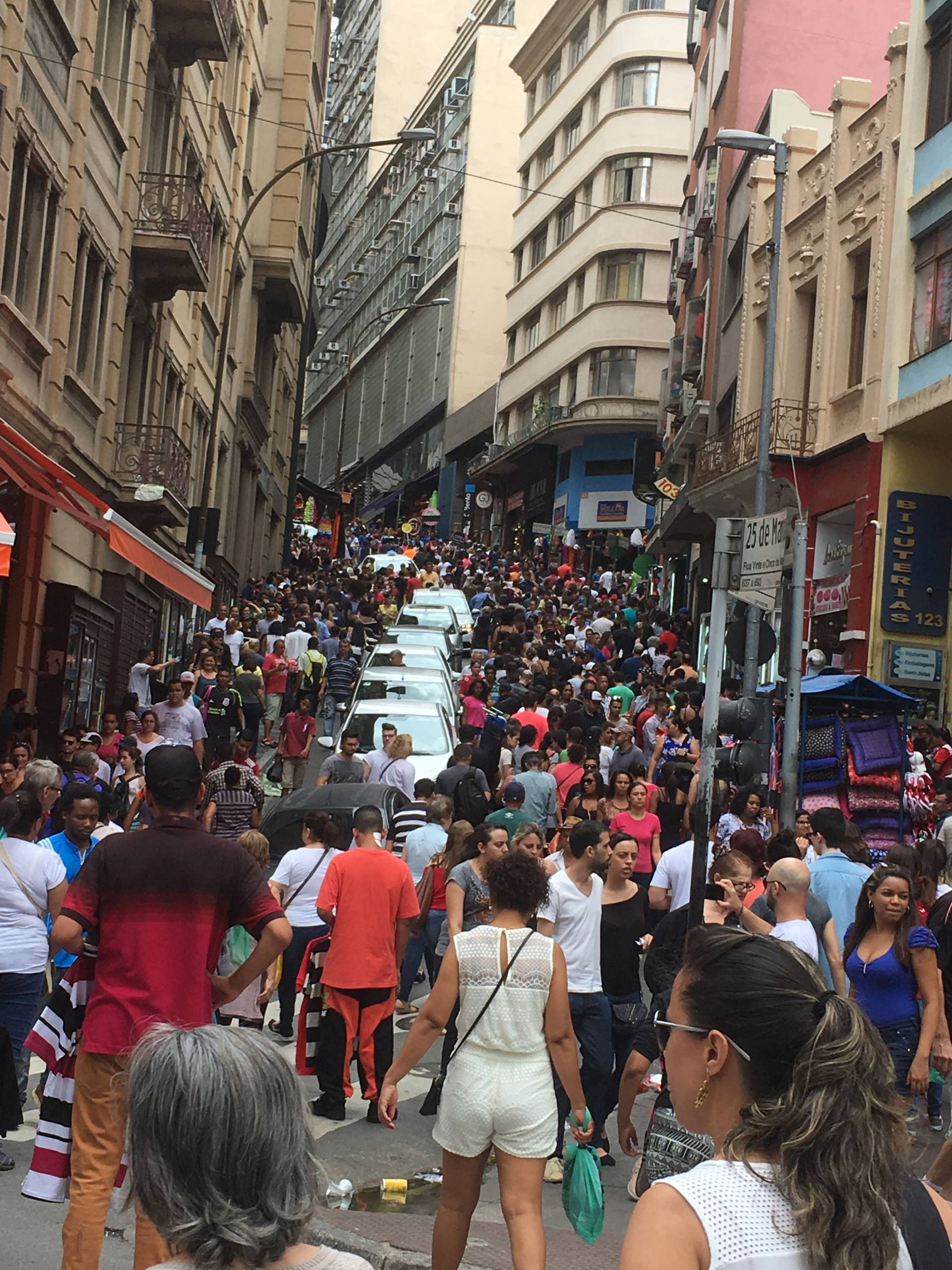 São Paulo’s Rua 25 de Março is a massive discount shopping market filled with Brazilians looking for any product you could possibly imagine. We were completely overwhelmed by the crowds of people seemingly engulfing everything — the coconut stands, the cars, and even us. In that moment, I truly felt like I was standing in the center of Latin America’s largest megalopolis. — Isabel James, Class of 2019 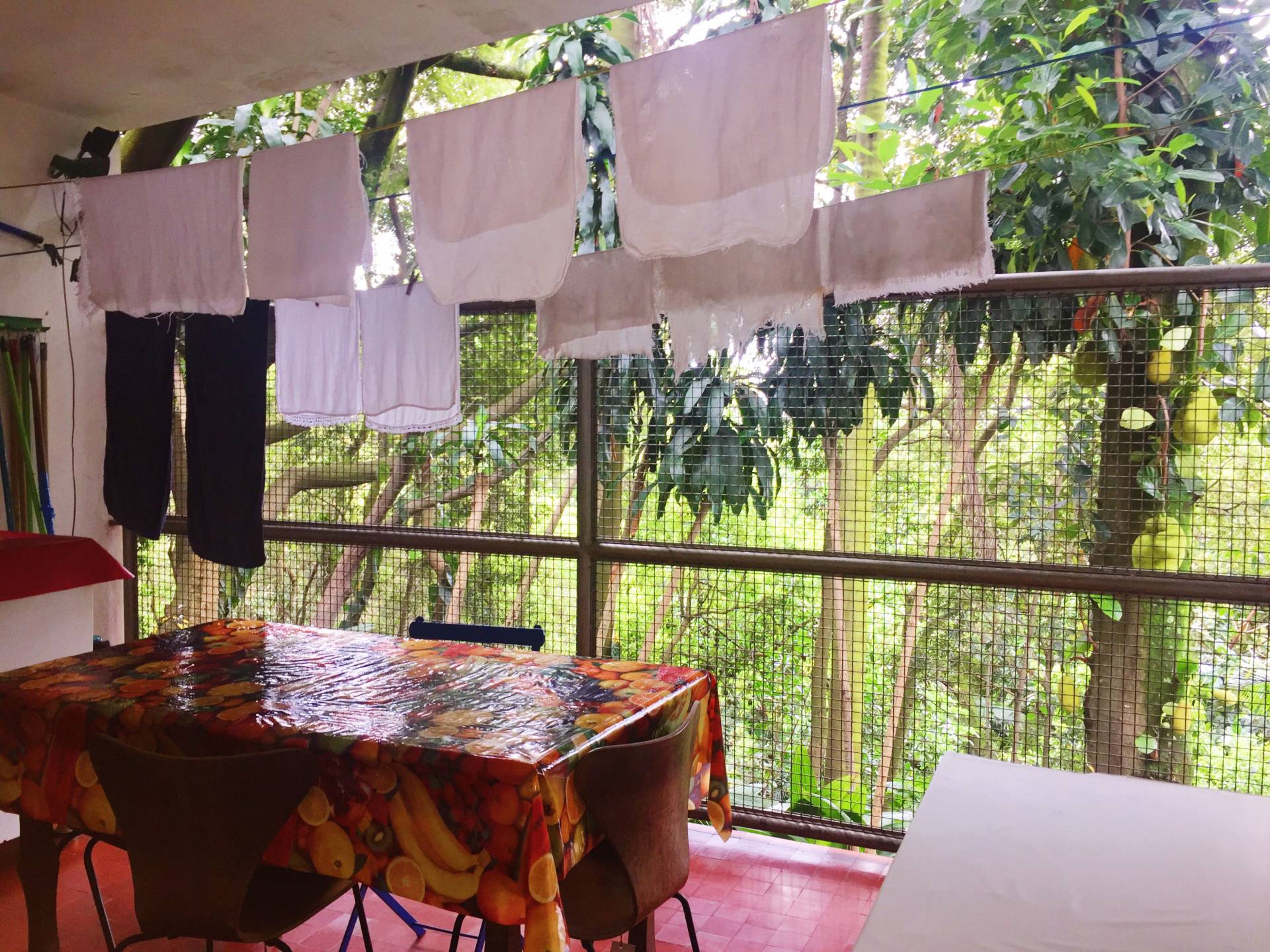 Visitors are prohibited from visiting the Lina Bo Bardi house’s dining room — a detail that was brought to my attention quickly after I snapped this picture. This, for me, was one of the most remarkable moments in the house: the beauty of the surrounding landscape is brought into the house, blurring the line between interior and exterior spaces and contributing to an innovative and environmental architecture. — Anika Nishat, Class of 2019

This photo was taken from an apartment on one of the top floors of the Copan Building, a 38-story residential building in the downtown of the city. The view shows the diversity in the architecture of high-rises in São Paulo. — Joe Collins, Class of 2020 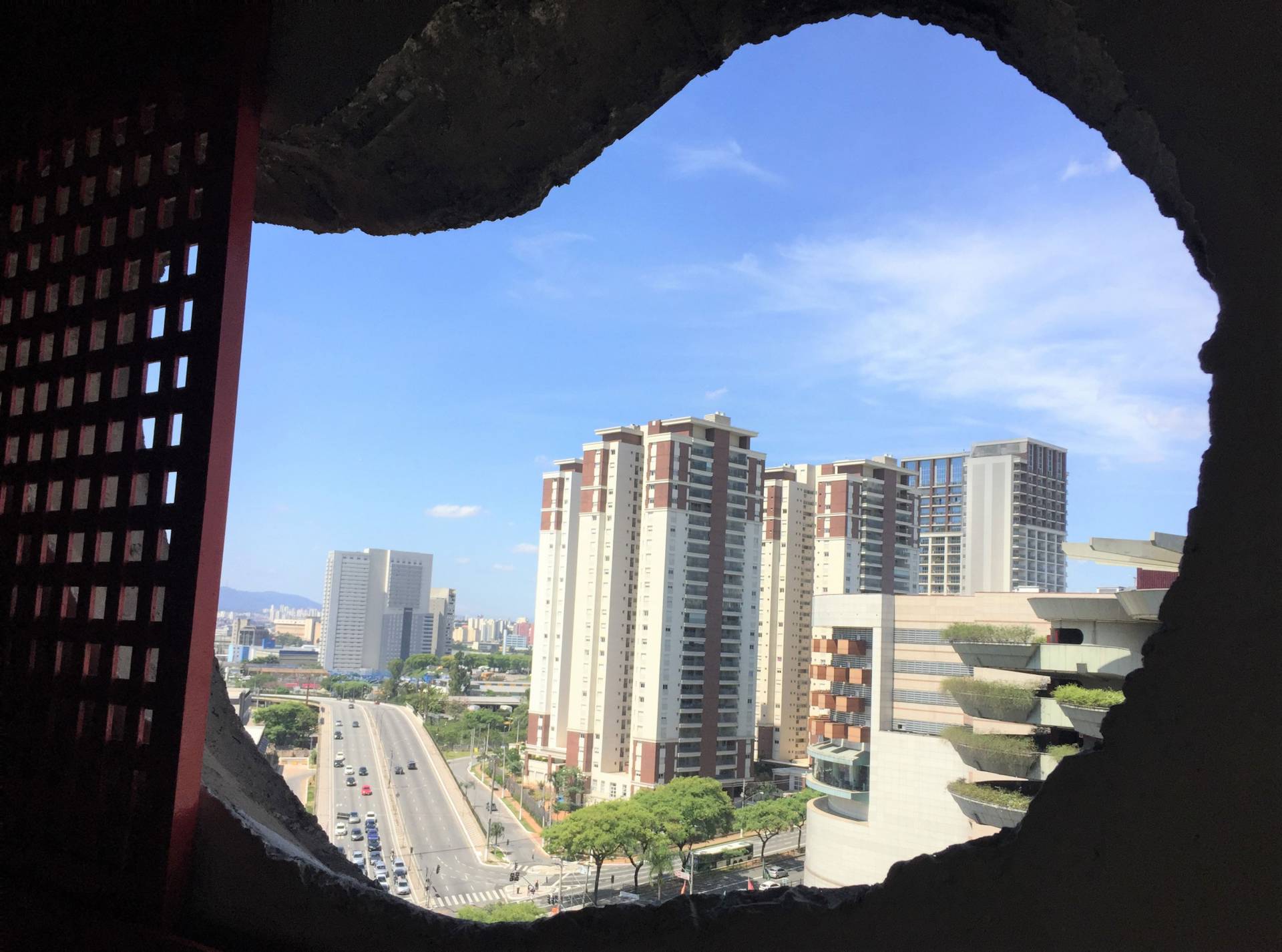 Because it is mostly constructed of concrete, the exterior of the SESC Pompeia seems smooth and monotonous. Placed in a rectilinear pattern along the outside are a few irregular shaped cutouts that peer into the building. As an outsider, observing from the ground level, the cutouts seemed tiny in comparison to the grandeur of the SESC itself. It wasn't until I made the trek to the top of the building (despite my crippling fear of heights) that I realized the magnitude of the portals. The cutouts created such a unique experience compared to that of normal windows, that I just had to take a picture. The gaping, almost organic hole in the wall provided a sweeping view of the city below, and allowed the wind to flow through my hair and carry smells from the outside world to my nose. Even though the dark interior contrasted so strongly with the bustling, bright city landscape outside, this window made me feel so much more connected to the city of São Paulo as a whole. — McKayla Tyrrell, Class of 2020 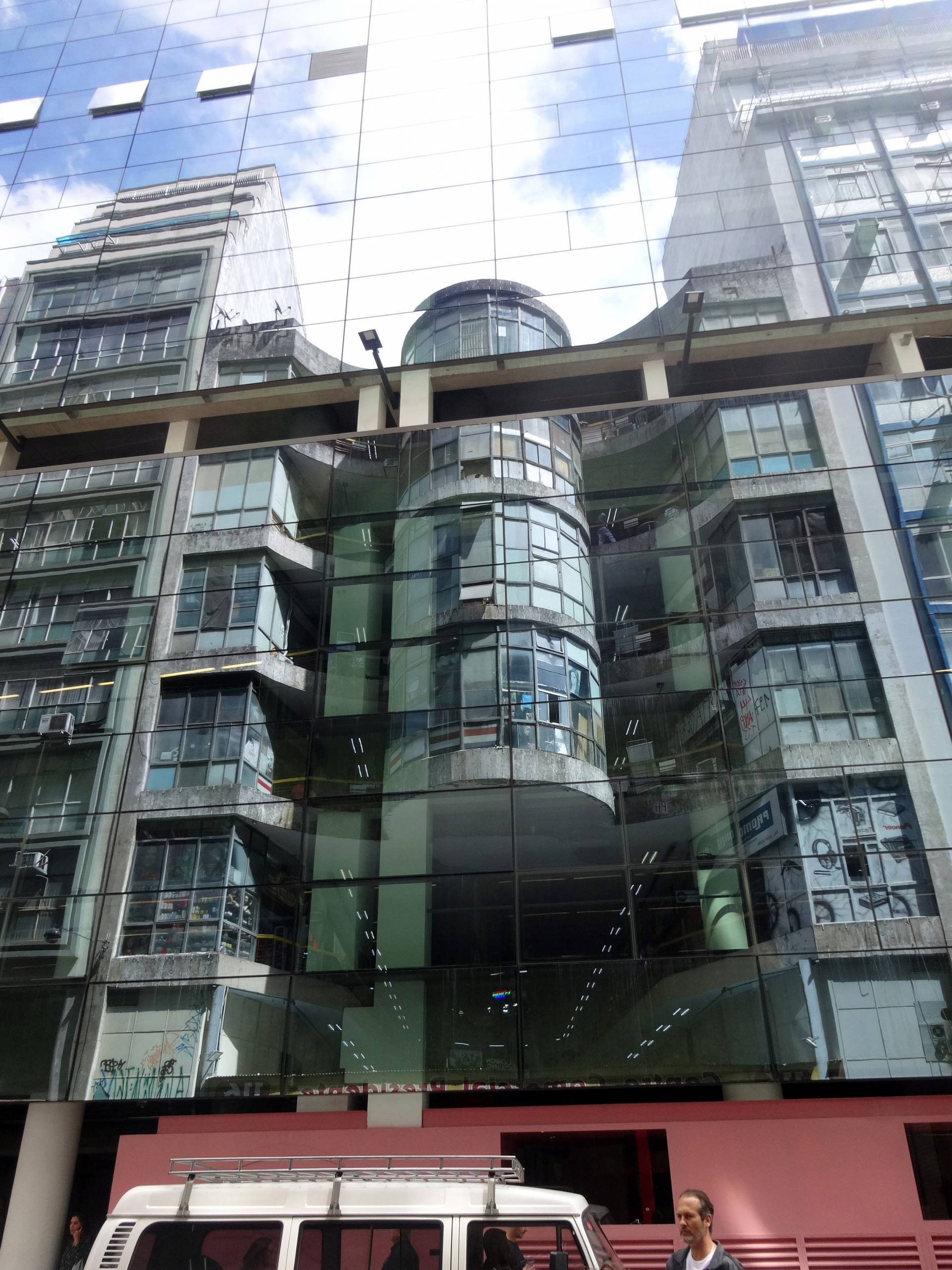 An old and mottled department store reflected from the new glass façade of SESC 24 de Maio, one of the cultural centers that stacks programs facilitating social well-being. The juxtaposition highlights a moment of incongruity in the imagery of a fast-developing megacity. SESC is also the target device for our third assignment of ARC 205. — Yunzi Shi, Class of 2020