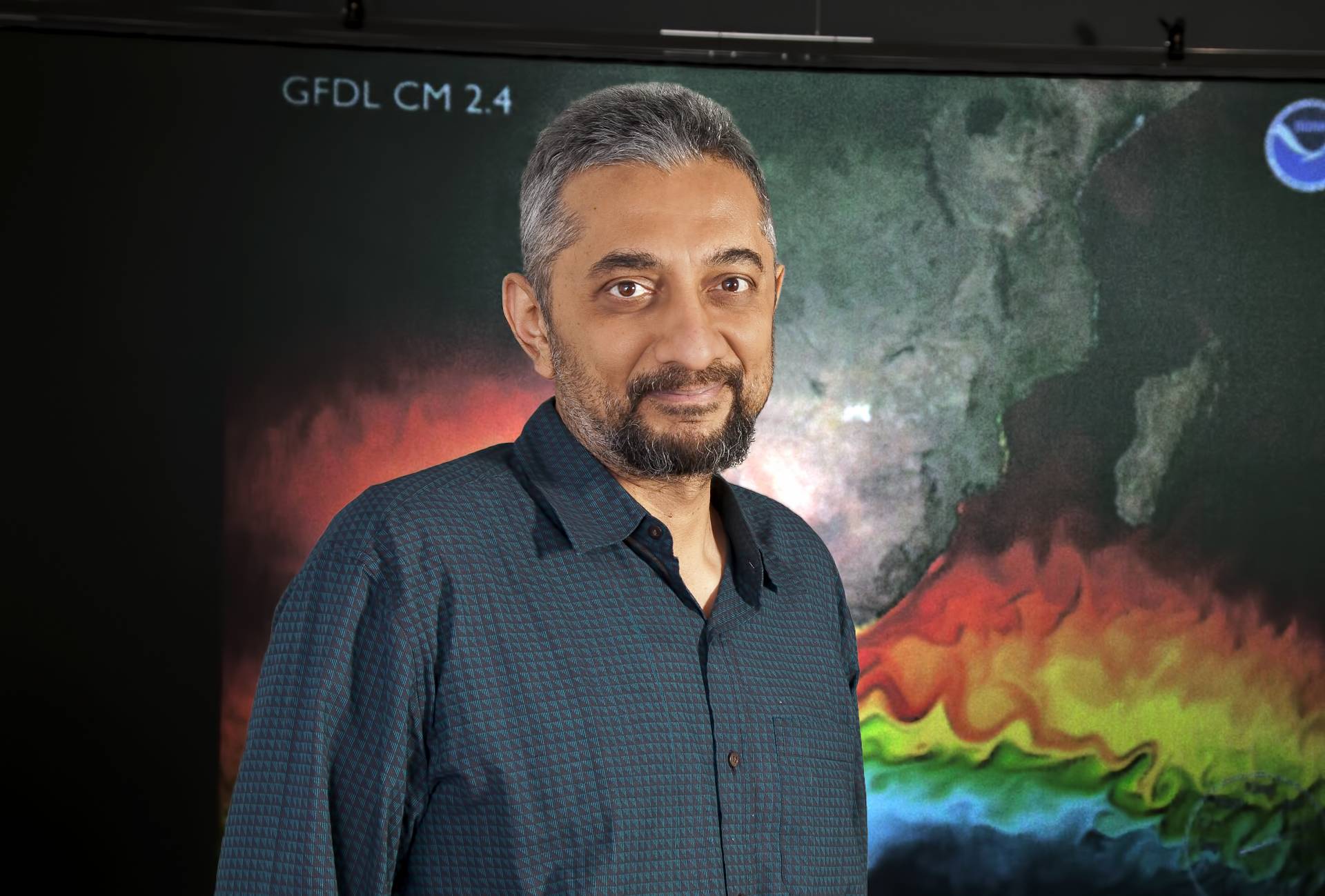 Venkatramani Balaji, seen here in 2012, is one of 18 climate scientists selected from more than 1,800 applicants to become part of France's "Make Our Planet Great Again" initiative.

Climate modeler Venkatramani Balaji has been selected as one of 18 researchers who will participate in French President Emmanuel Macron’s climate science program announced in June.

Balaji heads the Modeling Systems Group at Princeton’s Program in Atmospheric and Oceanic Sciences, a collaboration between the University and the Geophysical Fluid Dynamics Laboratory of the National Oceanic and Atmospheric Administration. He is also associate faculty at the Princeton Institute for Computational Science and Engineering.

After Macron’s invitation, France’s National Centre for Scientific Research (CNRS) has selected for the project 11 men and seven women from six countries to investigate a range of climate-related issues, including agriculture and food security, ocean-atmosphere interactions and renewable energy. The researchers have received grants of up to $1.7 million to set up labs for three to five years at scientific institutions across France.

Balaji’s project, known as Project Hermès (High-Resolution Modeling of the Earth System), includes creating very high-resolution simulations — at the limit of today’s computing technology — of key processes in the atmosphere and oceans. These simulations are used to build and train fast approximations of the Earth system to explore questions that are currently impossible with the full model.

“The unique feature of Project Hermès is the combination of computationally challenging simulations and fast models for uncertainty exploration,” Balaji said.

In the coming months, he will set up shop at the Institut Pierre Simon Laplace on the Jussieu campus of Paris’s Sorbonne University, under the auspices of the Climate and Environmental Sciences Laboratory in Saclay, France’s Atomic Energy Commission, the University of Versailles in St. Quentin in Yvelines and the CNRS.

“Hermès will build upon work I've done with colleagues at Princeton and GFDL for more than 20 years, and we of course will continue to collaborate for the duration of this project as well!” Balaji said.