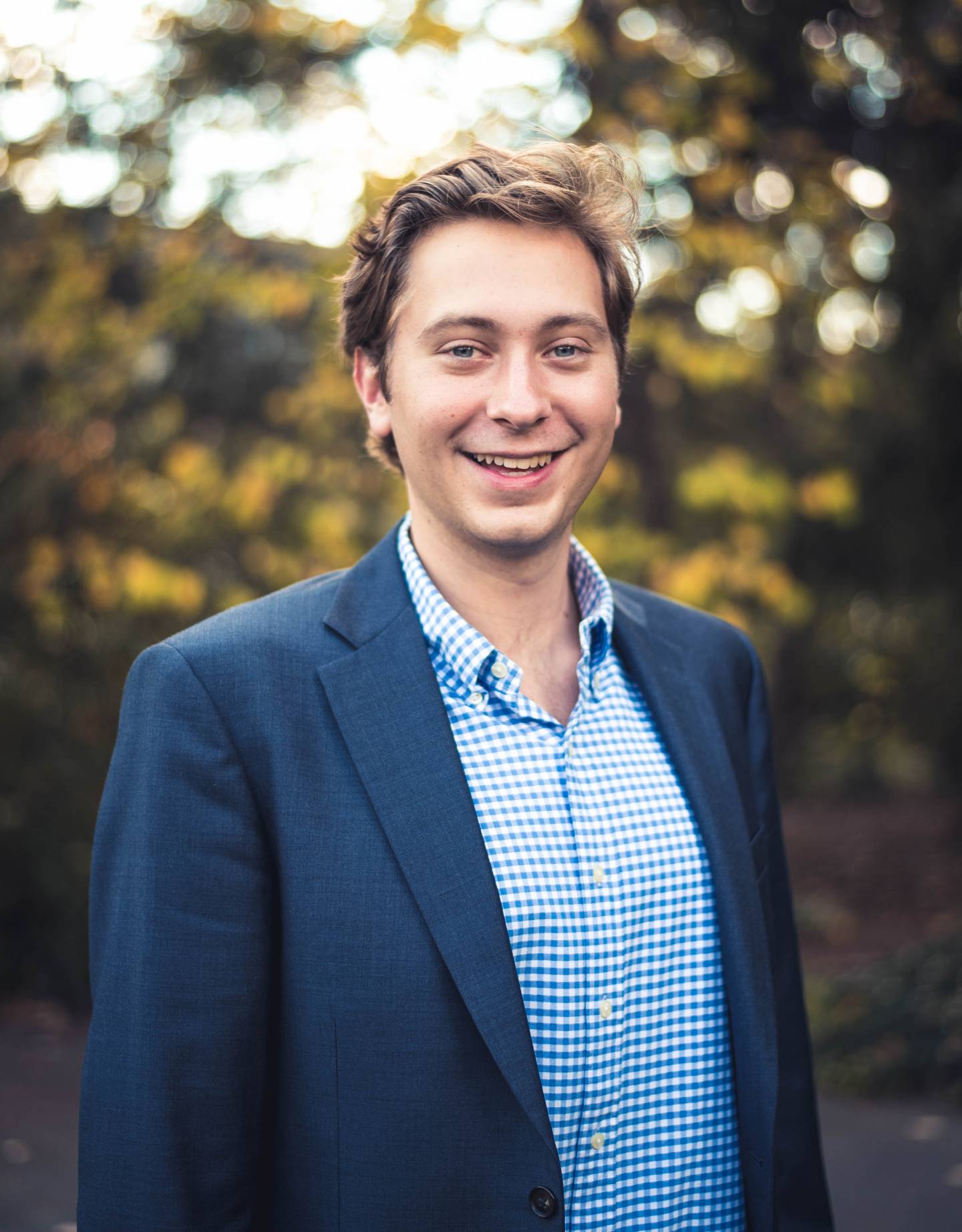 Princeton University senior John (Jack) Finlay, a molecular biology major who intends to become a physician-scientist, has been selected as one of this year's Churchill Scholars.

Finlay is one of 16 scholarship winners who will spend a year studying at the University of Cambridge while living at Churchill College. The scholarships, first awarded in 1963, are granted to students of "exceptional academic talent and outstanding achievement" who wish to pursue graduate studies in the sciences, mathematics or engineering.

At Cambridge, Finlay will pursue a master's degree in medical sciences, conducting neural stem cell and oncology research in the laboratory of Dr. David Rowitch. He ultimately hopes to earn an M.D./Ph.D. degree so he can work at the forefront of cancer biology and therapeutic development.

"In addition to his standout academic performance, Jack has a winning personality and extensive experience conducting biomedical research," Professor of Molecular Biology Fred Hughson said. "Overall, I consider him to be one of the strongest candidates for a Churchill Scholarship that I have encountered during my 23 years on the faculty at Princeton."

Finlay, who also is earning a neuroscience certificate, has long been interested in neurology and oncology. When Finlay was in high school, he lost his father to a glioblastoma, an aggressive brain tumor. Finlay ended up working in the lab of his father's oncologist at the Washington University School of Medicine in St. Louis.

"I initially felt that biology had failed me. I resented my sense of helplessness as I watched a biological flaw bring great suffering upon my dad," Finlay wrote in his application for the Churchill Scholarship. "But after his death, I felt an unexpected urge to return to the hospital, to science and medicine; I did not want to wait until graduate school to help patients like him."

Jean Schwarzbauer, the Eugene Higgins Professor of Molecular Biology, said Finlay has "all that it takes and more to be a successful researcher." Finlay is conducting his senior thesis research in Schwarzbauer's lab.

"Jack knew that he wanted to study how elevated glucose conditions stimulate excess deposition of extracellular matrix by kidney cells," Schwarzbauer said. "Jack did not want to simply follow up on previous results and take an obvious path for his thesis research. Instead, he proposed to do something completely new to my lab. … I'm truly looking forward to finding out what he will discover!"

Schwarzbauer said Finlay will benefit greatly from studying at Cambridge.

"This environment will help him to grow as an independent scientist," she said. "The research will challenge him in new ways to think, work and interact with others in tumor and neural stem cell biology and … he will be working at the interface of basic research and clinical applications, perfect training for a future M.D./Ph.D. student. I predict he will go far in his future scientific career."

Finlay called research his passion, as well as "an outlet for my creativity and exploration." He said he's driven by the potential to contribute to the prevention and cure of diseases. This drive has led him to numerous research opportunities while in high school and as an undergraduate.

At Princeton, he's conducted cancer-related research in the lab of Yibin Kang, the Warner-Lambert/Parke-Davis Professor of Molecular Biology. He also participated in the International Internship Program at the César Milstein Hospital in Buenos Aires, Argentina. Finlay helped publish two case reports resulting from his research in Argentina.

He has also spent summers doing research in his hometown of St. Louis, working in labs at the Washington University School of Medicine's departments of neurosurgery and molecular oncology.

"I hope to have the opportunity to translate between biology and medicine both within the United States and abroad," Finlay said. "With the foundation in research and international perspective offered by a master's in medical science from Cambridge, I’ll have the chance to continue connecting people and ideas, hopefully strengthening my long-term ability to contribute to modern medicine on a global scale."

Outside of his research experience, Finlay helped establish the Princeton chapter of Camp Kesem, a free, week-long summer camp for children who have a parent affected by cancer. He is a member of Phi Beta Kappa and a recipient of the University's Harold T. Shapiro Award for Academic Excellence. He also plays clarinet in the Princeton University Wind Ensemble.