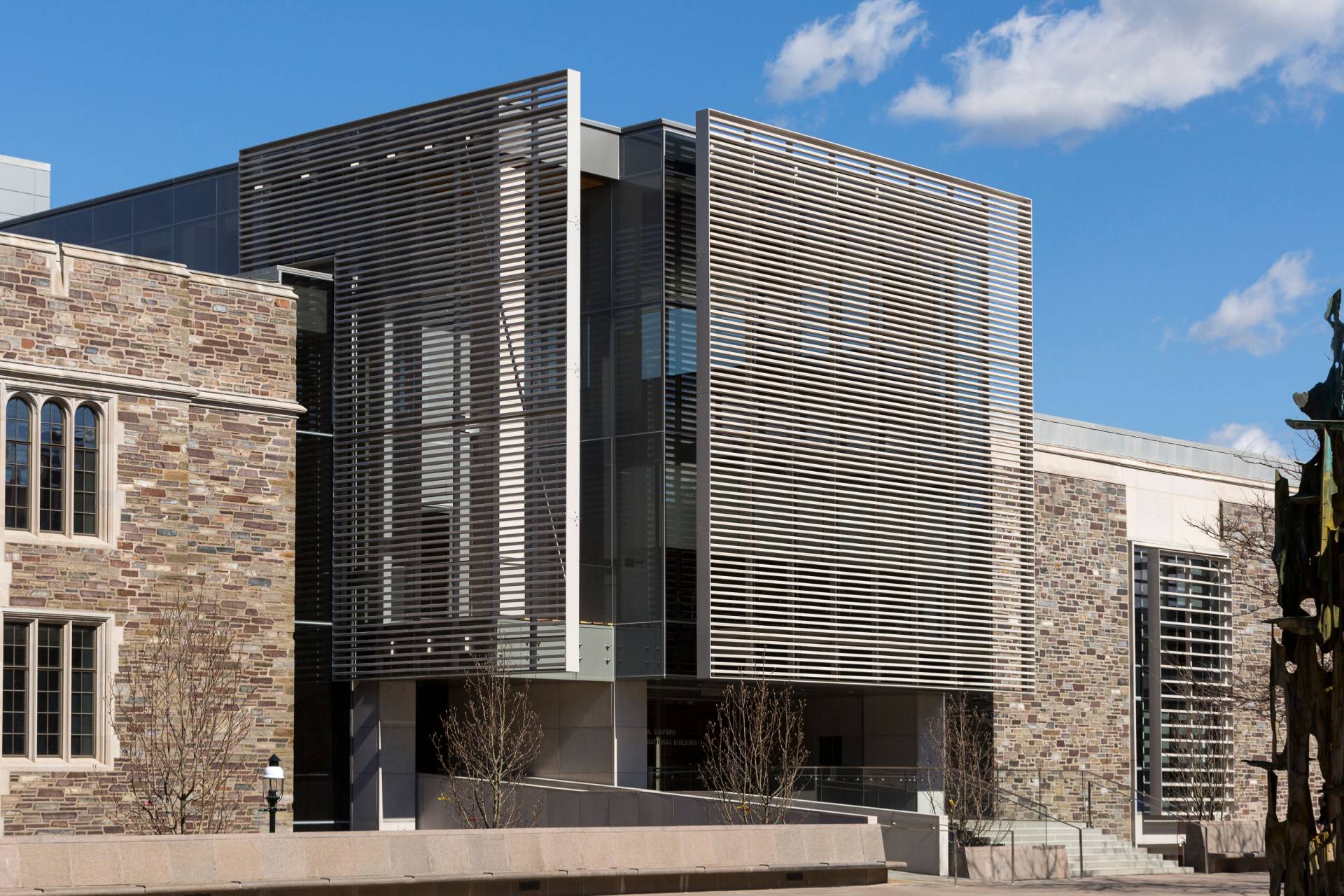 The Simpson International Building is home to Princeton University's international initiatives, including the new M.S. Chadha Center for Global India. 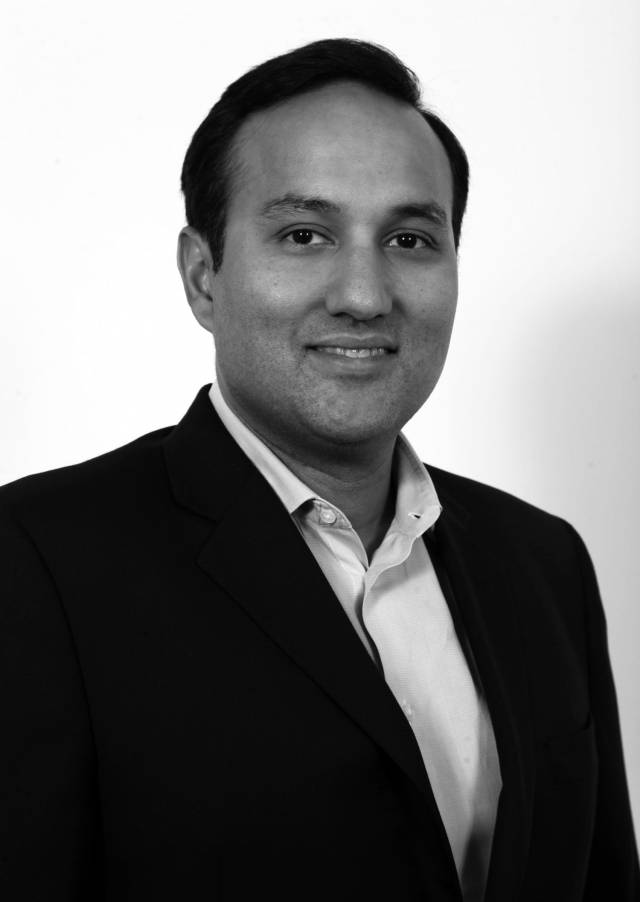 A gift from Sumir Chadha of Princeton’s Class of 1993 has established the M.S. Chadha Center for Global India at Princeton University, which will bring together scholars and students from all disciplines to broadly explore contemporary India, including its economy, politics and culture. The center is named in honor of Chadha’s grandfather, a distinguished physician who served as the director general of Health Services for India. 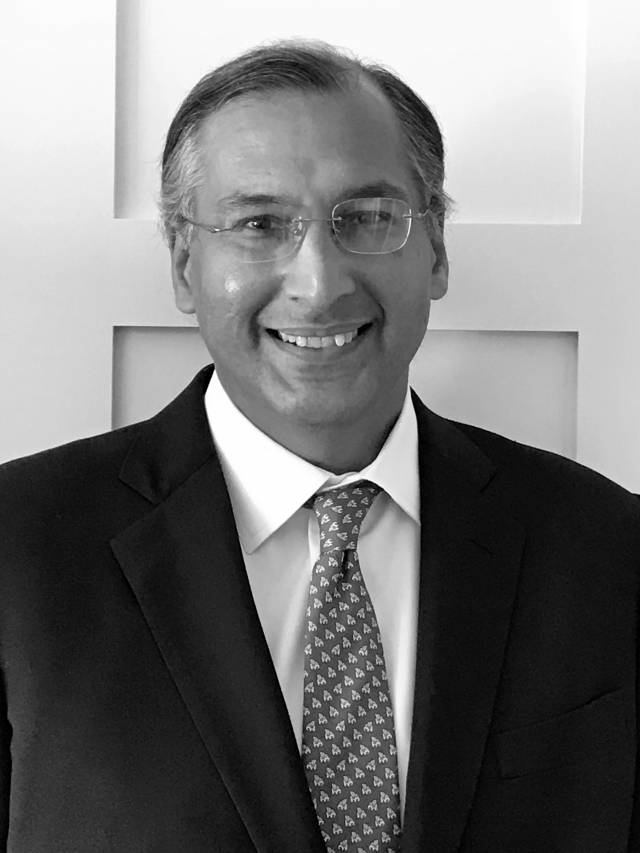 “India’s development since I attended Princeton University 25 years ago has been remarkable in many areas — economic progress, entrepreneurship, innovation and the arts,” said Chadha. “Applying Princeton’s world-class scholarship to the study of India will be of great benefit to India, Princeton and the world at large. I am grateful to President Eisgruber for his leadership in extending Princeton’s global reach through this important initiative. It also gives me tremendous pleasure to honor my grandfather, who was a great human being and mentor to me, by naming this center for him.”

Gifts from six other Princeton alumni will also greatly strengthen the University’s ability to study India and its increasing impact on the world.

Sanjay Swani, a member of Princeton’s Class of 1987, and his wife, Preeti, have endowed a professorship in India studies and established a global seminar that will take a group of students to India in the summer to learn about the nation and culture firsthand. Developing and disseminating a better understanding of India — the world’s largest democracy, with 1.3 billion people, a rich and diverse history, and an economy that climbed by more than 7 percent in 2016 — has been identified as one of the University’s strategic priorities designed to keep Princeton at the leading edge of teaching and learning now and in the future.

“India is at a pivotal moment in its history. A deeper understanding of its culture, economic growth and status as the world’s largest democracy is essential both to scholars and to the students who will become leaders of our global society,” said President Christopher L. Eisgruber, who traveled to India in 2016, where he met with alumni, parents and friends, including leaders in business, education and public policy. “Sumir Chadha and Sanjay Swani have worked tirelessly to help position Princeton as the premier center for the study of this tremendously influential nation. They have the University’s deepest gratitude, as do all who have helped to make this center possible.”

Chadha, who earned a BSE in computer science as an undergraduate, is the co-founder and managing director of WestBridge Capital Partners, a leading investment firm focused on India. He is also a member of the advisory council of the Princeton Institute for International and Regional Studies (PIIRS), and of President Eisgruber’s advisory council. He has served as the chairman of the Indian Private Equity and Venture Capital Association (IVCA) and serves on the India Advisory Board of Harvard Business School, where he earned his MBA.

Swani, who earned an A.B. in molecular biology at Princeton, is the chair of the advisory council of PIIRS and a member of the Bridge Year committee. He has had a long career in private equity, most recently as a general partner at the firm of Welsh, Carson, Anderson & Stowe for 17 years. He also holds graduate degrees from Harvard University and the Massachusetts Institute of Technology.

“The combination of classroom study and firsthand experience is more powerful than either of those on its own,” said Swani. “Princeton students will now be able to learn from stellar faculty in the classroom, and travel to India to see their academic work brought to life. I am very happy to support this extraordinary educational experience.”

“India is a key to the world of tomorrow — precisely what we’re educating our students for,” said Stephen Kotkin, Princeton’s John P. Birkelund ’52 Professor in History and International Affairs and director of PIIRS. “These far-seeing gifts will allow us to meet increasing demand for opportunities to learn about India, and deepen even more our collaborative relationships with Indian institutions and scholars. I extend my deepest gratitude to the visionary alumni who have created the center, and have formidably enhanced our teaching and scholarship on and our networks in India.”

The center will be led by a distinguished scholar to be announced at a later date.