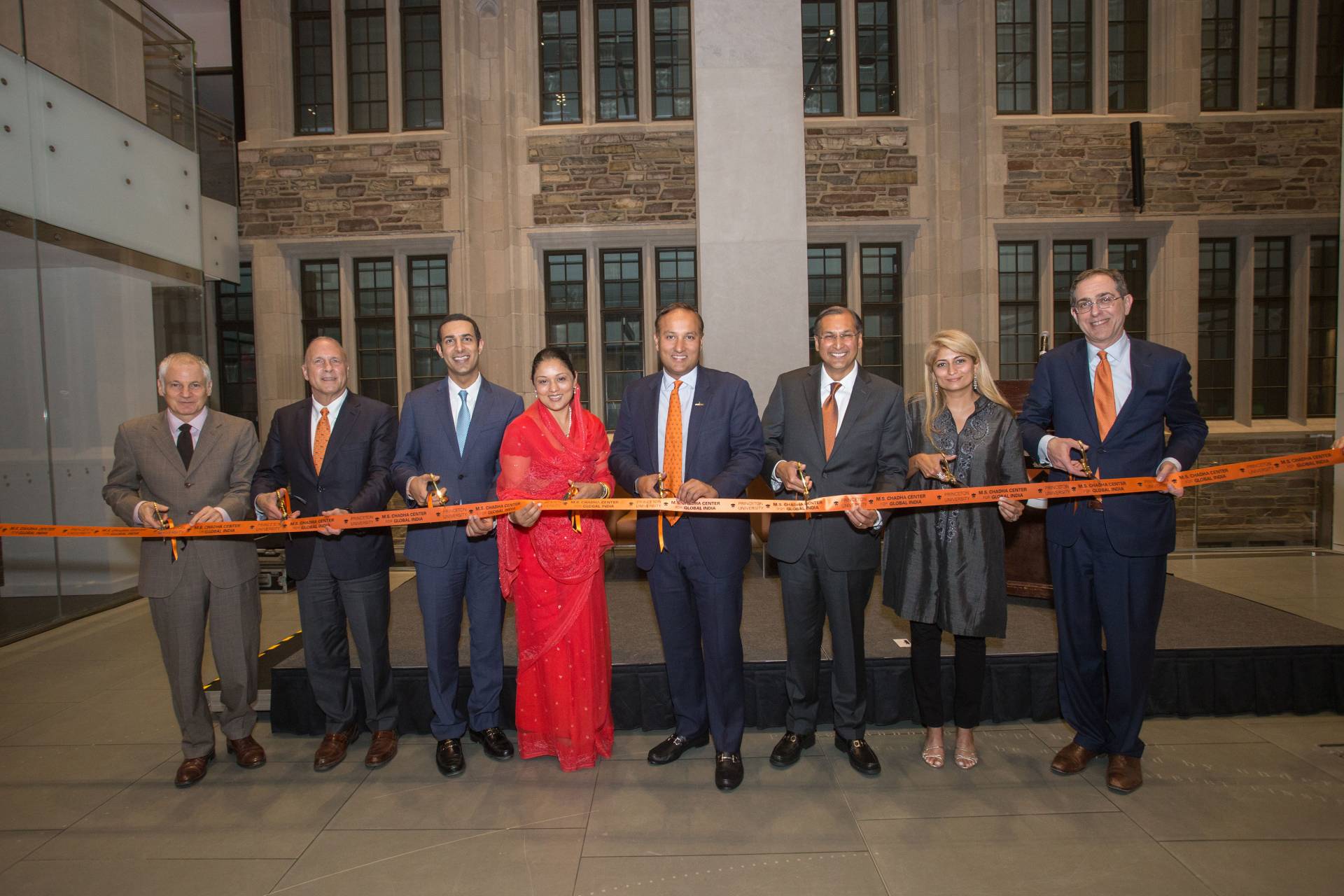 Shown at the dedication of the M.S. Chadha Center for Global India, from left to right, are: Stephen Kotkin, the John P. Birkelund ’52 Professor in History and International Affairs and director of the Princeton Institute for International and Regional Studies; Peter Wendell,  Class of 1972; Kush Parmar, Class of 2002; Princess Padmaja Kumari Mewar; Sumir Chadha, Class of  1993; Sanjay Swani, Class of 1987; Preeti Swani; and Princeton President Christopher L. Eisgruber.

The M.S. Chadha Center for Global India, made possible by a gift from Sumir Chadha of Princeton’s Class of 1993, was dedicated at Princeton University on April 27.

The center will bring together scholars and students from all disciplines to broadly explore contemporary India, including its economy, politics and culture. It is named in honor of Chadha’s grandfather, a distinguished physician who served as the director general of Health Services for India.

Gifts from six other Princeton alumni will also greatly strengthen the University’s ability to study India and its increasing impact on the world.

Sanjay Swani, a member of Princeton’s Class of 1987, and his wife, Preeti, have endowed a professorship in India studies and established a global seminar that will take a group of students to India in the summer to learn about the nation and culture firsthand.