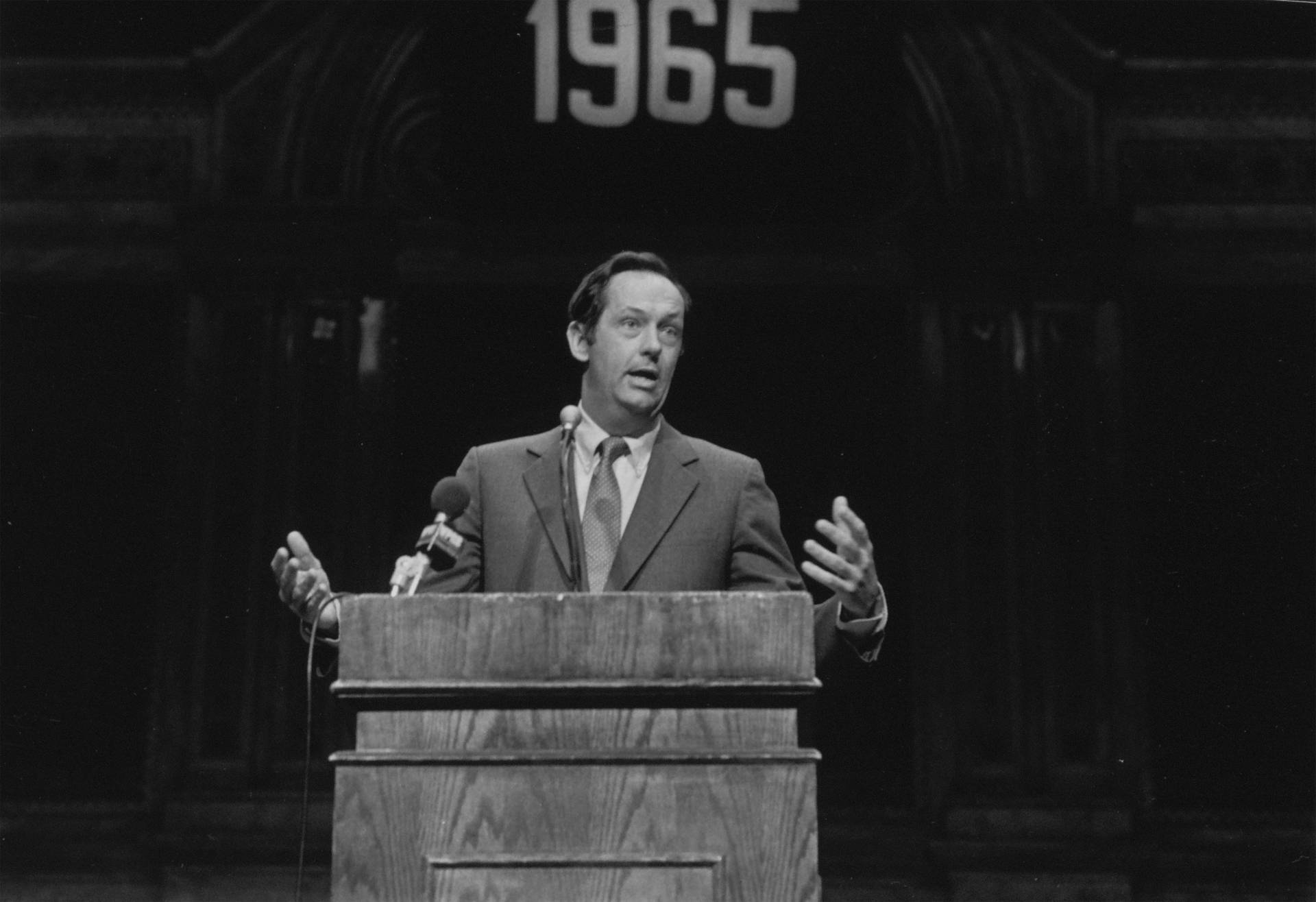 The papers, held in more than 1,000 boxes, primarily chronicle Bradley's time in Congress, where he served as U.S. Senator from New Jersey from 1979 to 1997. They include copies of his speeches and testimony, press releases, his schedules and appointments, and awards he received while in office. The collection also includes files from his legislative, administrative and state office staff.

As a senator, Bradley championed the 1986 income tax revision, California water rights, energy and the environment, among other national and state issues. University Archivist and Curator of Public Policy Papers Dan Linke said, “The Bradley papers are a rich source of information for his work in the Senate, issues which continue to resonate with us today.”

Before running for political office, Bradley was a star player of the New York Knicks for over 10 years, becoming a two-time National Basketball Association (NBA) champion and a NBA All-Star. He was inducted into the Basketball Hall of Fame in 1982.

Bradley earned a Bachelor of Arts in history at Princeton. During his undergraduate career, he was a member of the 1964 U.S. Olympic basketball team that won a gold medal. He became captain of the men’s basketball team in his senior year, led the Tigers to the Ivy League title, then played in the NCAA tournament, finishing third. The Tigers ended the year with a 23-6 record.

Bradley serves as a managing director of Allen & Company LLC and a member of the Starbucks board of directors. He has written six New York Times best-selling books and hosts a radio show, "American Voices."

The Bill Bradley Papers are part of the Library’s 20th Century Public Policy Papers in the Department of Rare Books and Special Collections and are housed with other public policy papers in the Seeley G. Mudd Manuscript Library, 65 Olden St., Princeton. The 20th Century Public Policy Papers, which consist of almost 300 collections of people and organizations who have played significant roles in 20th-century American history, include papers of several secretaries of state, a Supreme Court justice and over 40 diplomats.

The University has stored the Bill Bradley Papers since 1997 when Bradley stepped down from political office. The collection will be made open for research use on Dec. 20, 2032.