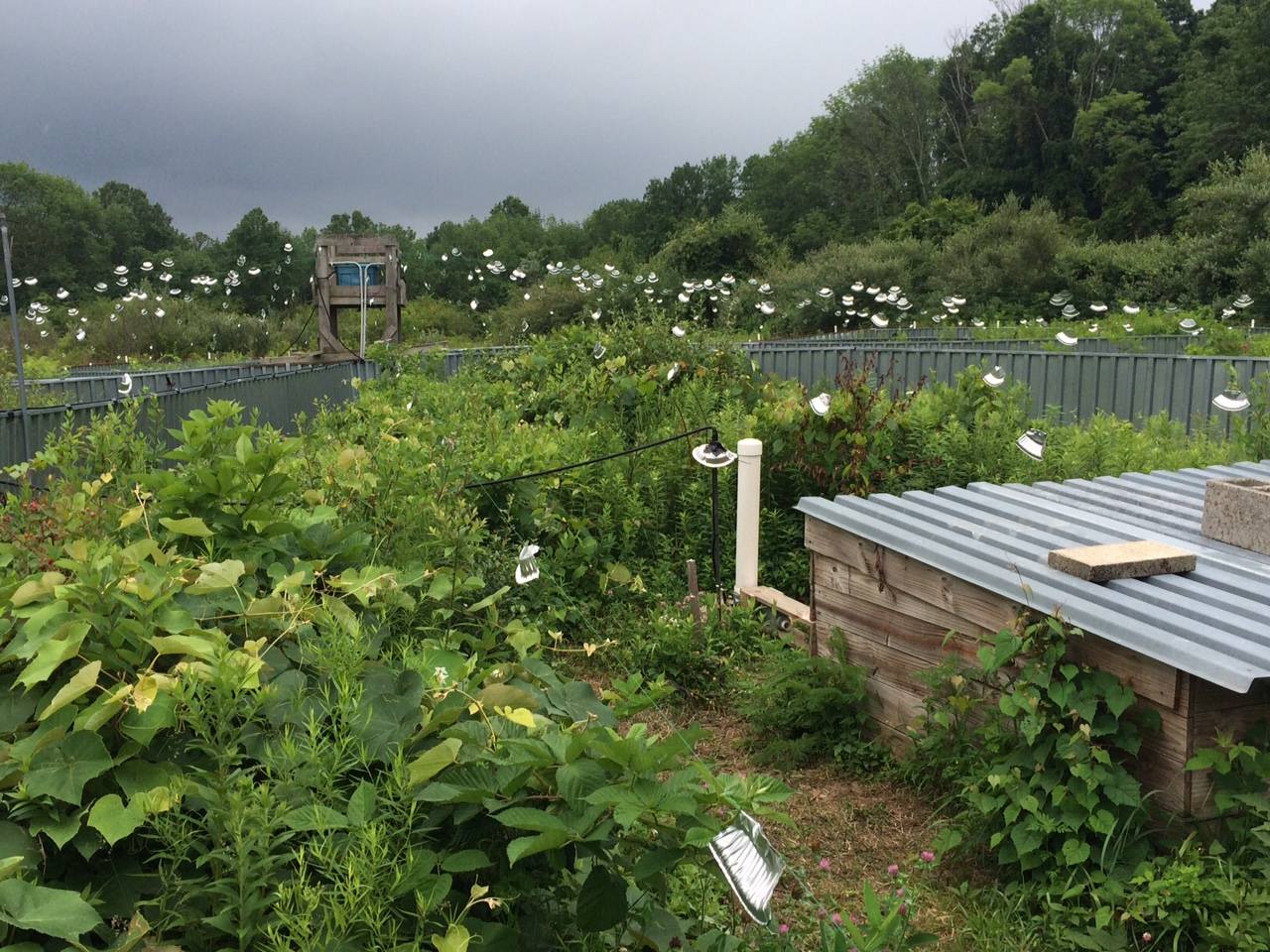 Researchers brought laboratory mice to a new home in a rural setting to study how their immune systems responded to infection with parasitic worms. They found that the outdoor mice had a decreased ability to combat worm infections compared to mice that stayed in the lab, suggesting the importance of environment on experimental results.

When laboratory mice moved to the countryside where they could burrow in dirt, forage for food, and generally live like ordinary mice, they became more susceptible to infection with parasitic whipworms than mice that stayed in the lab, a new study has found.

The longer the mice lived outdoors, the greater the number and size of these intestinal worms — which are relatives of the human whipworms that infect over 450 million people worldwide, researchers from Princeton University and New York University School of Medicine found. The study was published March 8 in the journal PLoS Biology.

"The study gets at the question of how much we are really learning from highly controlled experiments conducted in artificial environments," said Andrea Graham, associate professor of ecology and evolutionary biology at Princeton, who led the study. Such experiments are often used as precursors to studying diseases in humans.

In the study, outdoor mice also experienced a decrease in the type of immune response needed for expelling the worms, the researchers found. The mice's guts contained a greater diversity of bacteria, including some that may have increased worm-egg hatching and prolonged the duration of infection. 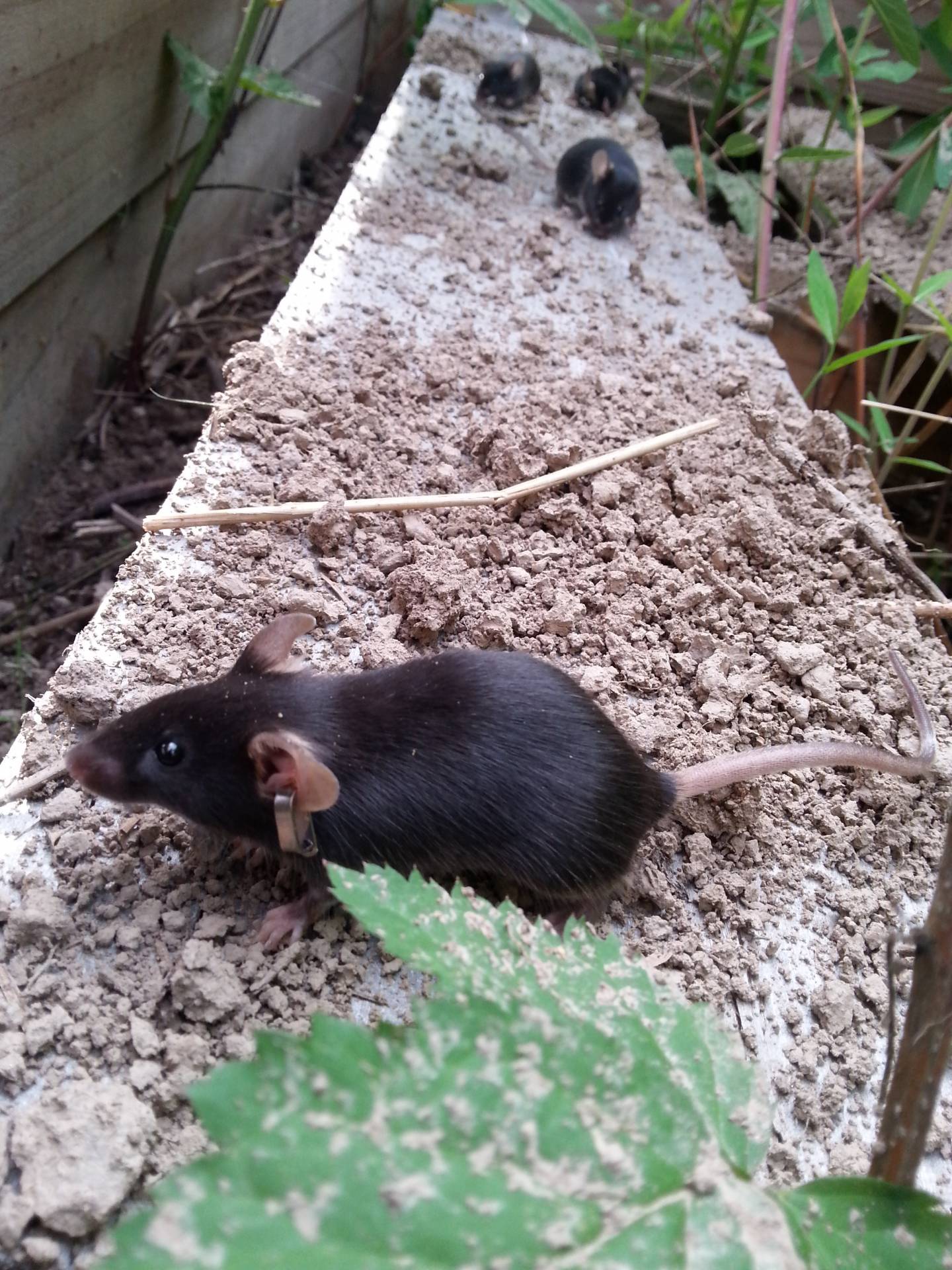 Laboratory mice that were reintroduced into a natural environment explore their surroundings.

Compared to laboratory mice, mice that moved to the outdoors developed worms that were much longer and fatter. The boost in hatching rates, growth and survival occurred after just 10 days of living outdoors.

Graham and her team have been working on "re-wilding" mice for the past several years by moving them to a semi-rural facility not far from the Princeton campus.

There, mice live in open-air, escape-proof enclosures filled with a variety of native plants that provide favorite foods like seeds, berries and clover. The animals can also get laboratory-style mouse chow anytime they want from a food silo. Wooden huts provide shelter from the rain, and electric fences keep out predators.

In the enclosures, mice face challenges including digging burrows, enduring variable weather, and navigating a complex environment. "Our mice had a lot more to deal with than the typical laboratory mouse," Graham said. "We weren't sure what to expect when we first moved the mice to the farm — how would they do, after so many generations of lab living?" Graham said. "But within 30 minutes they had found the food silos and were starting to explore."

The facility is one of a few like it in the world, and it is a stark contrast to the sterile and uniform laboratories that researchers use to control experimental variables and keep diseases from spreading in the facilities. The outdoor location allows researchers to explore how the real-world environment affects the animals' immune responses.

In the outdoors, mice developed an immune response that was less capable of combating worms than if the mice had stayed in the lab. Certain lab strains are fairly good at fighting off worms. They develop a "type 2" immune response that involves the gut secreting mucous and moving in such a way as to flush out worms in a "weep and sweep" approach.

The researchers found that this weep-and-sweep response was decreased in the outdoor mice's intestinal cells. The worm burden in the outdoor mice was as heavy as the burden seen in mice of a strain completely lacking the ability to mount a type 2 response. Instead, the outdoor mice had more of a "type 1" response that is more adept at handling viruses and bacteria.

"In the lab, most mice expel the worms within 14 to 21 days," said Jacqueline Leung, a graduate student at Princeton in the Department of Ecology and Evolutionary Biology and the first author on the study. "Three weeks after infection with 200 initial eggs, there were fewer than 10 worms in each of the laboratory mice, which was expected. But the mice in the field were still harboring up to 100 worms and these worms were much bigger in size."

The response may be linked to the types of bacteria that the outdoor mice encounter. These bacteria from the environment colonize the intestines and form a community of microorganisms called the microbiota. The microbiota can spur mice, humans and other hosts to develop immune responses that can help fight infections, previous studies have shown.

The team wondered whether gut microbes acquired from a more natural environment could impact how individuals cope with parasitic worms. The researchers found that compared to lab mice, the country mice's microbiota consisted of a greater range of bacterial species. This greater diversity may have promoted worm growth directly, by providing food for the worms, or indirectly, by harming the country mice's ability to fight off worms.

P'ng Loke, an associate professor of microbiology at New York University School of Medicine, was a co-author on the study. "Mice that have been reintroduced into the wild develop what looks like a different immune system more directed against bacterial infections," Loke said. "The increased activity that we see in the wild may be driven by the microbiota."

The interaction of parasitic intestinal worms and the gut microbiota has gained attention in recent years following reports of individuals who self-dosed with parasitic worms to treat severe colonic inflammation. The strategy involves using worm infection to induce mucous, which coats the colon and protects against inflammation caused by an aberrant immune attack on some members of the microbiota. Leung contributed to the study of one such patient while working with Loke before becoming a graduate student at Princeton.

Future studies at the outdoor facility will continue to explore the relative roles of genes and environment in contributing to inflammatory and infectious diseases.

The research team included, at Princeton: Sarah Budischak, postdoctoral research associate in ecology and evolutionary biology, Christina Hansen, senior research specialist in ecology and evolutionary biology, and then-undergraduates Mitchell Shellman and Rebecca Neill, both Class of 2016. Also involved in the study were Hao Chung The of the Oxford University Clinical Research Unit in Vietnam and Rowann Bowcutt, then a postdoctoral researcher at the New York University School of Medicine.

The worm in the bud: Do parasites interfere with immunization?