Strong immunity may play a key role in determining long life, but may do so at the expense of reduced fertility, a Princeton University study has concluded. An 11-year study of a population of wild sheep located on a remote island off the coast of Scotland that gauged the animals' susceptibility to infection may give new insight into why some people get sicker than others when exposed to the same illness. 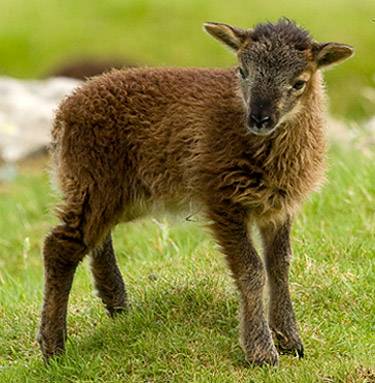 This lamb is part of a flock of sheep living on the Island of Hirta, St. Kilda, in Scotland. A team of researchers from Princeton University and the University of Edinburgh studied the sheep and concluded that strong immunity may play a key role in determining long life -- but at the expense of reduced fertility. (Photo by Arpat Ozgul/University of Edinburgh)

The answer to this medical puzzle may lie in deep-rooted differences in how animals survive and reproduce in the wild, according to the study, which was led by Princeton ecologist Andrea Graham and published in the Oct. 29 issue of Science. The research revealed that the sheep population over time has maintained a balance of those with weaker and stronger levels of immunity and fertility.

"This is a groundbreaking study that to my mind will change our whole understanding of the immunoheterogenity in animal populations," said Peter Hudson, the Willaman Professor of Biology and director of life sciences at Penn State University. "Graham and colleagues show beautifully the tradeoffs in the immune system as a balance ... that maximizes reproductive output."

Graham, an assistant professor of ecology and evolutionary biology at Princeton who also is on the faculty of the University of Edinburgh, led the study of wild Soay sheep on the remote island of Hirta in the St. Kilda archipelago, about 100 miles west of the Scottish mainland. The scientists tested the animals for levels of antibodies, natural molecules produced by the sheep's immune systems to fend off infections such as influenza or those caused by parasitic worms.

The sheep whose blood contained the most antibodies lived the longest, the researchers found. These animals also were most likely to survive harsh winters. However, they failed to produce as many offspring each spring as other sheep. Sheep with lower levels of antibodies tended to die earlier, they found, but also gave birth to more lambs each year. 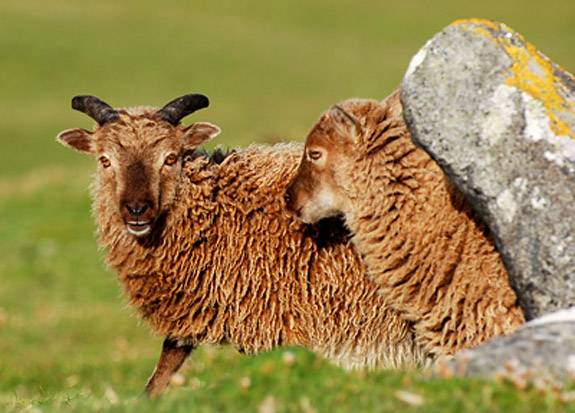 The research into the immunity of wild sheep to infection may yield new insights in why some people get sicker than others when exposed to the same illness. (Photo by Loeske Kruuk/University of Edinburgh)

Viewed in terms of breeding and, ultimately, evolutionary success, the differing groups of sheep were equally successful in that the longer-lived but less fertile sheep and the shorter-lived but more fertile sheep produced about the same number of progeny over the course of their lives. The overall balance, the researchers said, could help explain why immunity varies so much among individuals.

The tendency to form either strong or weak responses to infection ran in families in the sheep, the researchers also found. "This genetic basis means that natural selection has the chance to shape the trait," Graham said. If differing responses to infection still result in equal long-term reproductive success, she said, this means "selection seems actually to be maintaining this genetic variation in immunity."

"We have long suspected that strong immune responses should prolong life in the face of infections, but might also be costly to reproduction," Graham said. "To find evidence for such tradeoff may clarify why animals vary so much in the strength of their immune responses, and even in their predisposition to infection or autoimmunity.

The technique used to study immunology in the wild was vital to the importance of the study, according to Lynn Martin, an assistant professor in the department of integrative biology at the University of South Florida.

"For so long, the field of immunology has been based on studies of domesticated animals in clean lab environments where animals are given all the food they want, shelter from the elements and few to no challenges with parasites," Martin said. "These conditions are great to get at the details of how hosts are dealing with parasites at the molecular and cellular level, but they're not representative of natural conditions and may bias our understanding of immune functions."

The study also touches on autoimmunity, when the body exhibits such a strong immune response that it attacks its own tissues. The study suggests that autoimmunity, seen in such human diseases as lupus and rheumatoid arthritis, might also occur in the wild. This aspect of the study needs to be further explored, Graham said.

The study is significant, according to Andrew Read, a professor of biology and entomology, also at Penn State, because it shows that immunity can both increase and decrease evolutionary success, depending on the circumstances. "This is a really excellent example of the power of long-term ecological studies," said Read, an expert in the evolutionary genetics of infectious disease.

In addition to Graham, authors on the paper include Adam Hayward, Kathryn Watt, Jill Pilkington, Josephine Pemberton and Daniel Nussey, all of the University of Edinburgh.