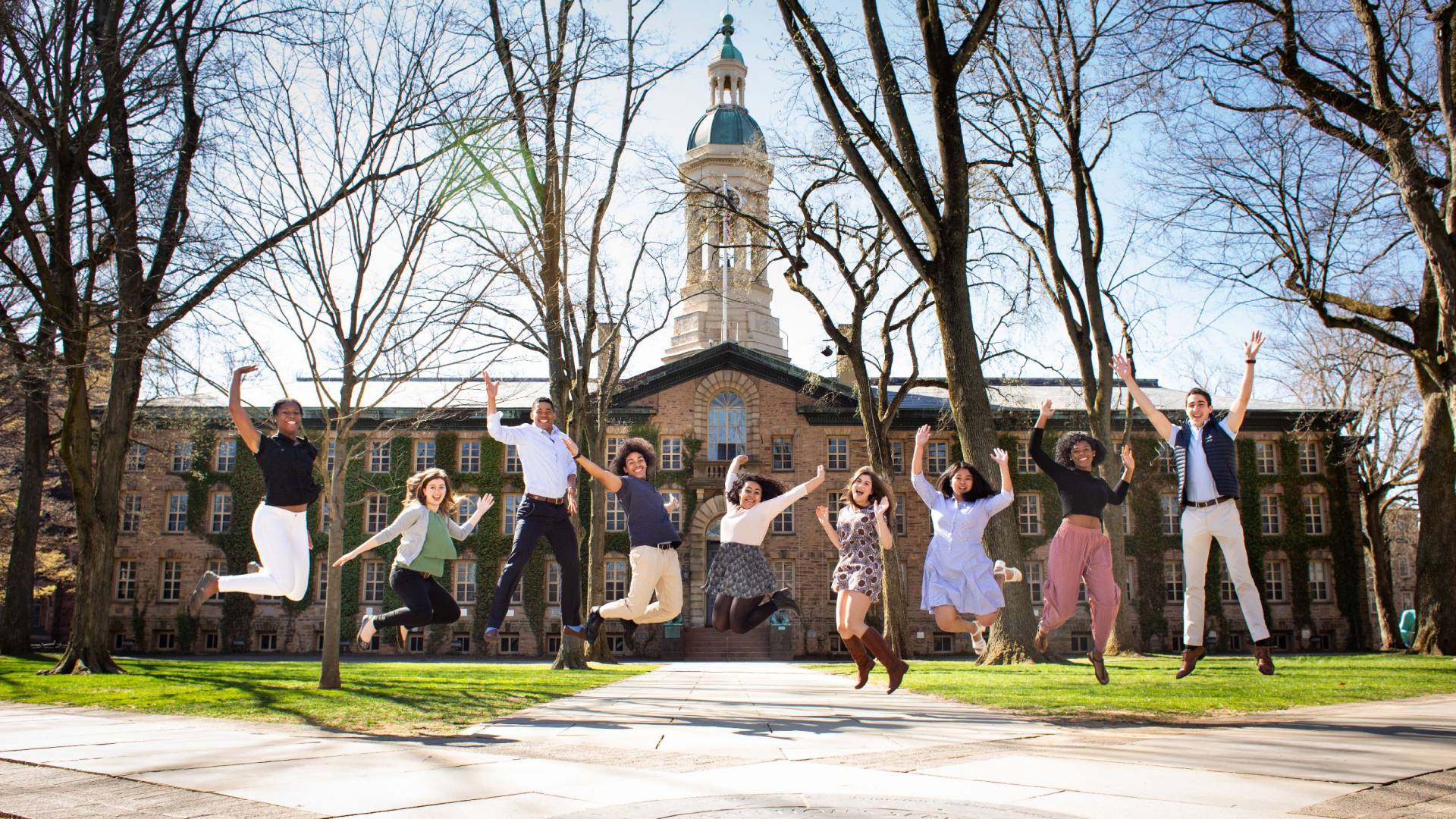 by Claire Pinciaro, Office of the Dean of Undergraduate Students

Photo courtesy of the Office of the Dean of Undergraduate Students

Nine students have been named winners of the 2018 Spirit of Princeton Award, honoring Princeton University undergraduates for positive contributions to campus life. The award recognizes those who have demonstrated a strong commitment to the undergraduate experience through dedicated efforts in student organizations, athletics, community service, religious life, residential life and the arts.

The selection committee received over 100 letters of nomination on behalf of outstanding undergraduate students. This year’s winners were honored with a certificate and a book prize during a dinner on May 9. The Spirit of Princeton Award is sponsored by the Office of the Dean of Undergraduate Students and has been given annually since 1995.

The recipients of the 2018 Spirit of Princeton Award are:

Allison Berger is a senior from Madison, New Jersey, majoring in economics with a focus on political economy. She has served as the president of the American Whig-Cliosophic Society and founded Princeton’s chapter of the Network of Enlightened Women, a group for conservative female undergraduates. She has served as executive editor of “The Princeton Tory" and as a member of the editorial board for “The Daily Princetonian.” She also founded and chaired "The Princeton Editorial Board." She is involved with Chabad as a “Jews on the Street” representative for Tower Club and has served the Class of 2018 as a member of the Commencement Committee’s last lectures team. She is a fellow in the James Madison Program in American Ideals and Institutions and the Behrman Society. She is also a peer academic adviser in Forbes College and a dormitory assistant for upperclass housing.

Maia Craver is a senior from Irvine, California, concentrating in psychology. She is a captain on the varsity women’s track and field team and competes in the heptathlon. She works in the Princeton Baby Lab, a developmental psychology research lab that focuses on understanding how children learn language, and in the Office of Career Services. Additionally, she served as a head fellow in the Scholars Institute Fellowship Program (SIFP) and is a residential college adviser in Whitman College.

Gaby Joseph is a senior from Bellevue, Washington, majoring in molecular biology and earning a certificate in engineering biology. He is a member of the varsity men’s soccer team, a peer academic adviser in Whitman College and a Health Professions Advising peer adviser. He served on the executive leadership team of Princeton Faith and Action, and is a member of Athletes in Action. He is a part of Profound Ivy, which is Princeton’s minority student athlete mentorship program, in addition to being a member of Cannon Dial Elm Club and Whitman College.

Soraya Morales Nuñez is a senior from Grand Junction, Colorado, majoring in politics and earning certificates in Latin American studies and in history and the practice of diplomacy. She has served as an executive board member for Princeton Latinos y Amigos, president of the Princeton QuestBridge Scholars Network, founding member of Princeton Advocates for Justice, member of the Princeton DREAM team, and a Class of 2018 senator for the Undergraduate Student Government. She is a Writing Center fellow, as well as a cycling instructor and advisory board student leader with Campus Recreation. She served as a head fellow for the Scholars Institute Fellows Program (SIFP) and as a mentor with Community Link, an access and inclusion program for middle school and high school students in the Princeton area. She sits on the University’s Honor System Review Committee. She is a member of Mathey College.

Christina Onianwa is a senior from Dumfries, Virginia, majoring in ecology and evolutionary biology and pursuing a certificate in Spanish language and culture. She is the battalion executive officer for the Naval Reserve Officer Training Corps (NROTC) Unit Rutgers/Princeton, and will be the first female and African American to commission as a naval officer from Princeton through NROTC. She has served as president of the Princeton Association of Black Women and co-president of Blackbox, has been an executive board member of the Princeton Black Leadership Coalition, and has served as freshman representative of the Princeton African Student Association. She has been a Community Action leader during Orientation and is a member of Ellipses Slam Poetry and diSiac Dance Company. She is a residential college adviser in Forbes College.

Jordan Thomas is a senior from Newark, New Jersey, concentrating in the Woodrow Wilson School of Public and International Affairs with certificates in Portuguese language and culture and in African American studies. He is a member of the Office of International Program’s Student Advisory Board, the Pace Center Service Fellows Program, the Princeton University Store Board of Trustees and the Scholars Institute Fellows Program (SIFP). He previously served as co-chair on the executive board of Community House, as an advocacy project coordinator for the Princeton Chapter of Students for Education Reform, and as a mentor for the Princeton College Counseling Project. He is a residential college adviser in Rockefeller College. His commitment to acting in the service of humanity was most recently recognized in his selection as a 2018 Rhodes Scholar.

Katie Tyler is a senior from Rye Brook, New York, majoring in Near Eastern studies with a focus in Arabic. She has served as the project leader for CONTACT Princeton, a national  crisis and suicide prevention hotline, and was named volunteer of the year by CONTACT of Mercer County for her leadership. She has served as the Pace Center’s prison education projects chair and member of the Student Volunteers Council executive board and has volunteered as a tutor in prisons with the Petey Greene Program. She also is an Outdoor Action leader and a head fellow in the Writing Center. She is a tour guide for Orange Key and the Princeton University Art Museum and is a member of Wilson College.