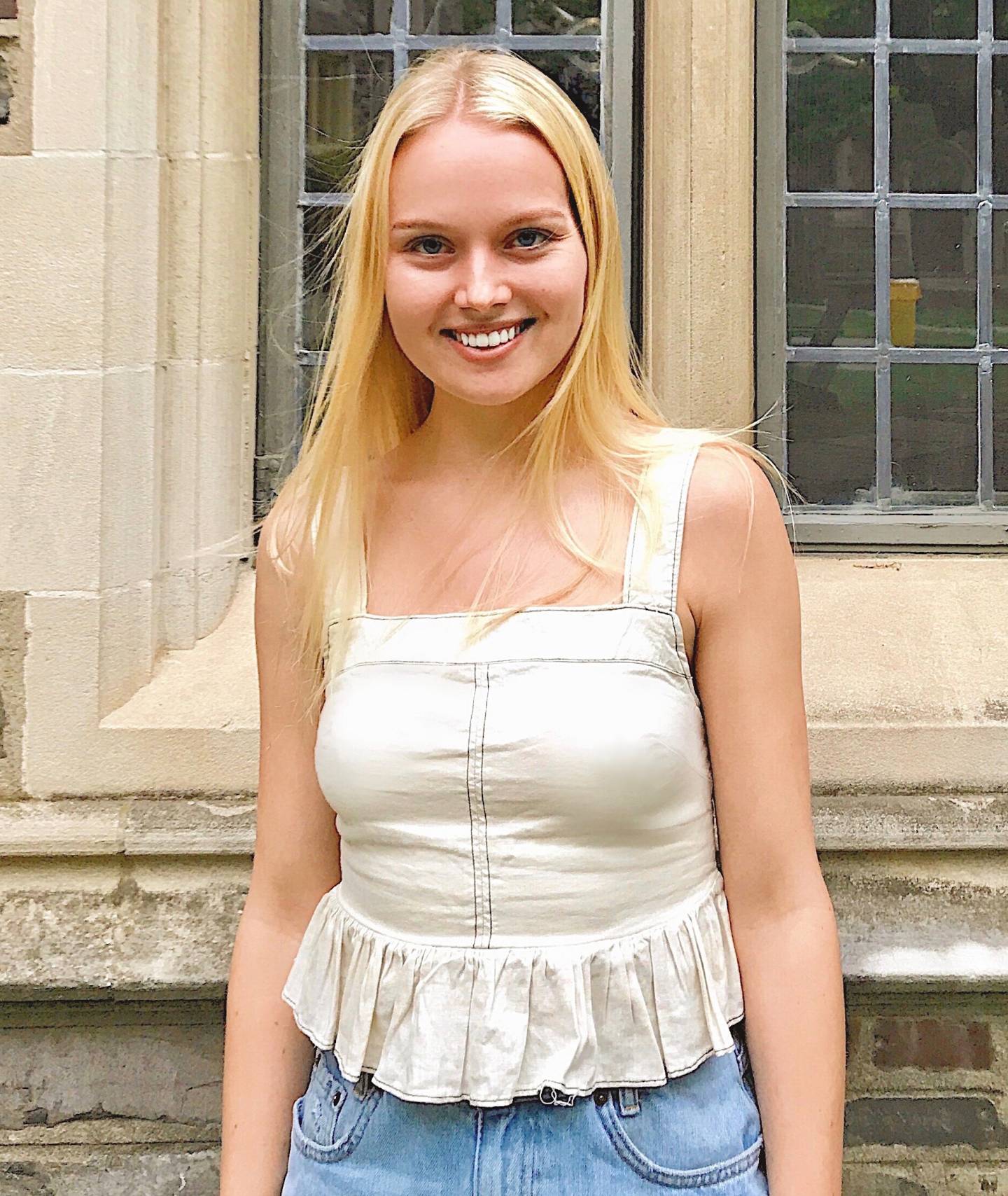 Princeton University senior Sara Krolewski has been awarded a Witherspoon Scholarship to study literature at the University of Edinburgh in Scotland. Established in 2015, the scholarship honors the historic ties between Princeton and Edinburgh, highlighting the role of John Witherspoon at both institutions, and is awarded annually to a Princeton senior. Krolewski is expected to begin her studies at Edinburgh in September.

A native of Rochester, New York, Krolewski is an English major who is also earning a certificate in French language and culture. Her senior thesis, "The Paris Café: Writers, Fighters, Bohemians and Lovers" focuses on American and Anglo-American modernists who wrote about Paris and its cafés.

"Sara is an extraordinary intellectual whose research skills and archival acumen are uncommon in a scholar so young," said her thesis adviser Diana Fuss, the Louis W. Fairchild '24 Professor of English. "In substance and originality, her 200-page senior thesis ... resembles more a doctoral dissertation than a senior thesis. Sara knows her way around a library, writes like a dream and thrills to new challenges."

Krolewski wrote in her application that she intends to expand "the global reach" of her thesis research in Scotland by looking at the "stalwarts of the Scottish Renaissance" in the early 20th century — including the artist J.D. Fergusson and poet Hugh MacDiarmid. Such figures, she explained, spent time in Paris and drew on the work of the French Dadaists and Symbolists.

In summer 2017, Krolewski conducted thesis research at the Bibliothèque nationale de France in Paris, with funding from Princeton's Office of the Dean of the College.

"I wish to spend an intensive year at the University of Edinburgh investigating the fascinating relationships that formed between Scottish and Parisian modernist writers," Krolewski wrote. She hopes this research will allow her "to contribute insight on lesser-known cultural relationships to both the field of modernism and Scottish history."

Krolewski said she is looking forward to returning to the United Kingdom, where she studied at Oxford University as Princeton-Bread Loaf Fellow in summer 2017. "It's incredibly edifying to study in a different country, under a different educational system; your experiences end up enriching and diversifying your own research plans and learning techniques," she said.

After Edinburgh, she intends to apply to Ph.D. programs in English and pursue a career in academia. She is excited to work with her advisers and professors in the Edinburgh English department "to narrow down my research interests and hone the critical writing skills I developed at Princeton," she said.

A member of Butler College, Krolewski serves as a peer academic adviser, mentoring first-year students and sophomores. She is also a French tutor for French majors and certificate students in advanced French courses. In 2017-18, she served as an editor for the University Center for Human Values, for law papers produced by graduate fellows.

Krolewski also serves as research fellow for the Mapping Expatriate Paris Project and will continue to do so through the summer. Sponsored by Princeton's Center for Digital Humanities, the project examines the Lost Generation using the documents, books and memorabilia in the Sylvia Beach Papers in Princeton's Department of Rare Books and Special Collections in Firestone Library.

Witherspoon, a clergyman and graduate of the University of Edinburgh, was Princeton’s sixth president, serving from 1768 to 1794.