Princeton University senior Samvida Sudheesh Venkatesh has been awarded a Rhodes Scholarship for graduate study at the University of Oxford. She is among five recipients from India chosen as 2019 Rhodes Scholars. 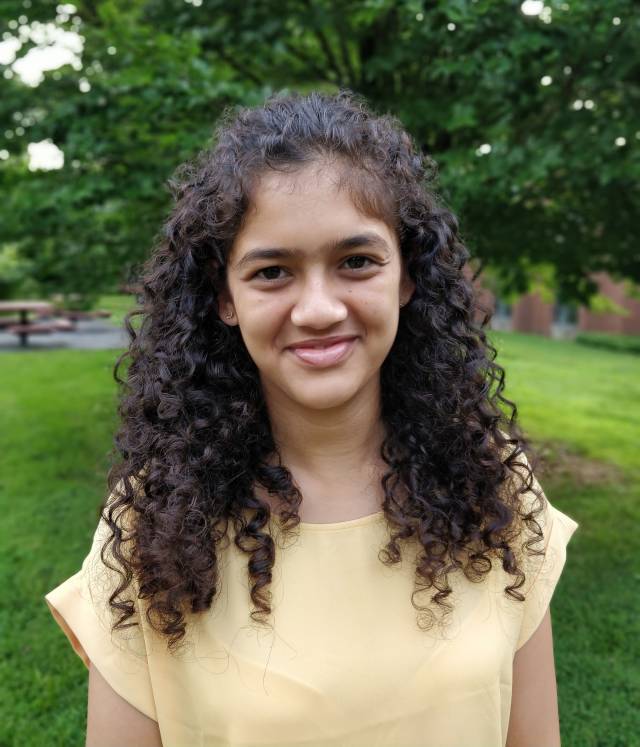 Venkatesh, of Bangalore, will receive funding for graduate study at Oxford. She plans to pursue an M.Sc. by Research in Biochemistry. At Princeton, she is concentrating in molecular biology and pursuing certificates in computer science and quantitative and computational biology.

The Rhodes Scholarships are among the most prestigious international fellowship awards. Students are chosen for outstanding scholarly achievements, as well as their commitment to others and potential for leadership in their chosen fields. Other 2019 Rhodes Scholars, including students from the United States, will be announced later.

At Oxford, Venkatesh will sharpen her interest in computational biology. She plans to work in the laboratory of Ahmed Ahmed, professor of gynecological oncology at the Nuffield Department of Women's and Reproductive Health. Venkatesh will continue the cancer genomics research she began in Ahmed’s lab during a summer 2017 internship. There, she used computational sequencing techniques to analyze ovarian cancer samples.

“Biology is the lens through which I interpret the world,” Venkatesh said in her essay to the Rhodes Scholarship selection committee for India. “So much of the human experience, from birth to death, is driven by biology. I believe that to understand this is to understand and serve humanity itself.”

Professor of Chemistry Michael Hecht, former head of Forbes College, has known Venkatesh since her first year at Princeton. Venkatesh is a residential college adviser (RCA) in Forbes.

“I have come to know Samvida well as a Forbes resident and RCA. She also took my graduate-level chemistry class on protein structure,” Hecht said. “In all of these contexts, Samvida is outstanding! She is bright, responsible, ethical, outgoing and energetic. She also is a leader who is insightful, empathic and kind.”

Hecht said he is confident Venkatesh will succeed at the highest level at Oxford.

“In nearly three decades at Princeton, I have known many wonderful undergraduate students. Several won prestigious awards including Rhodes, Marshall and Churchill scholarships,” Hecht wrote in his letter of recommendation. “Among this very talented group, Samvida Sudheesh Venkatesh fits in perfectly. She is a star.”

Venkatesh won Princeton’s Shapiro Prize for Academic Excellence in 2016. For the past year she’s worked as a research assistant in Professor of Molecular Biology Ileana Cristea’s lab, applying her computational skills to studying viral infection and host-pathogen interactions.

“Samvida is one of the most talented young scientists that I have ever worked with. She is extraordinarily bright, creative, [a] fast thinker, passionate and fearless,” said Cristea, who also is Venkatesh’s senior thesis adviser.

Cristea noted that Venkatesh is a co-author on several scientific manuscripts in review for publication.

“Her progress has been nothing short of spectacular,” Cristea said. “I have rarely seen this level of performance from any undergraduate or graduate student. She is extraordinarily reliable, and no challenge seems hard enough for her. She approaches all new techniques with maturity, a thoughtful approach and a wonderful positive personality.”

Venkatesh previously was an intern in the lab of Thomas Gregor, associate professor of physics and the Lewis-Sigler Institute for Integrative Genomics. Her research experience also includes leading a Princeton student team for International Genetically Engineered Machine (iGEM), a worldwide synthetic biology competition. She has presented at the Mount Sinai Undergraduate Research Symposium and Ivy League Undergraduate Research Symposium.

“I have worked on projects such as tracking the growth of fly embryos, enumerating the differences between cancerous and non-cancerous cells, and creating visualizations of viral infection,” Venkatesh said. “In all of these, my versatility in adapting computational tools to biological problems led me to intriguing insights. The Rhodes Scholarship will allow me to explore genomics in depth in Professor Ahmed’s lab, while simultaneously reinforcing my broader scientific presentation and general reasoning skills through a master’s degree.”

While her focus is lab science, Venkatesh has pursued many interests at Princeton, including her love of language and puzzles.

“At Princeton, the expansive liberal arts style of education encouraged me to continue independent research in linguistics and installed in me a deep appreciation for partnering with peers across disciplines,” she said. “I thus hope to join forces with Rhodes Scholars at Oxford from many academic backgrounds to maximize both the biological and social impacts of our work.”

Venkatesh also has an interest in science education and writing. She is a head peer tutor at Princeton’s McGraw Center for Teaching and Learning, a senior science writer for The Daily Princetonian student newspaper and a STEM children’s book author for Pratham Books in Bangalore.

“Research should find its way out of labs and universities and onto the streets to meet its beneficiaries. Consequently, I have built my presentation, speaking and writing skills to endorse science as effectively as possible to everyone regardless of age or scientific background,” she said. “The Rhodes Scholarship will provide me the learning, resources and platform to advocate for science in the world.”

At Princeton, Venkatesh also is treasurer for the 2 Dickinson Street student food cooperative and an Admission summer tour guide. She was a student leader for the Davis International Center and president of the club badminton team.

“Samvida is someone who excels at many things, though is always down-to-earth, friendly and gracious,” Hecht said. “I know many students who know her well and two things I’ve heard repeatedly from her peers are: 1) They adore her, and 2) They think she’s a genius!”