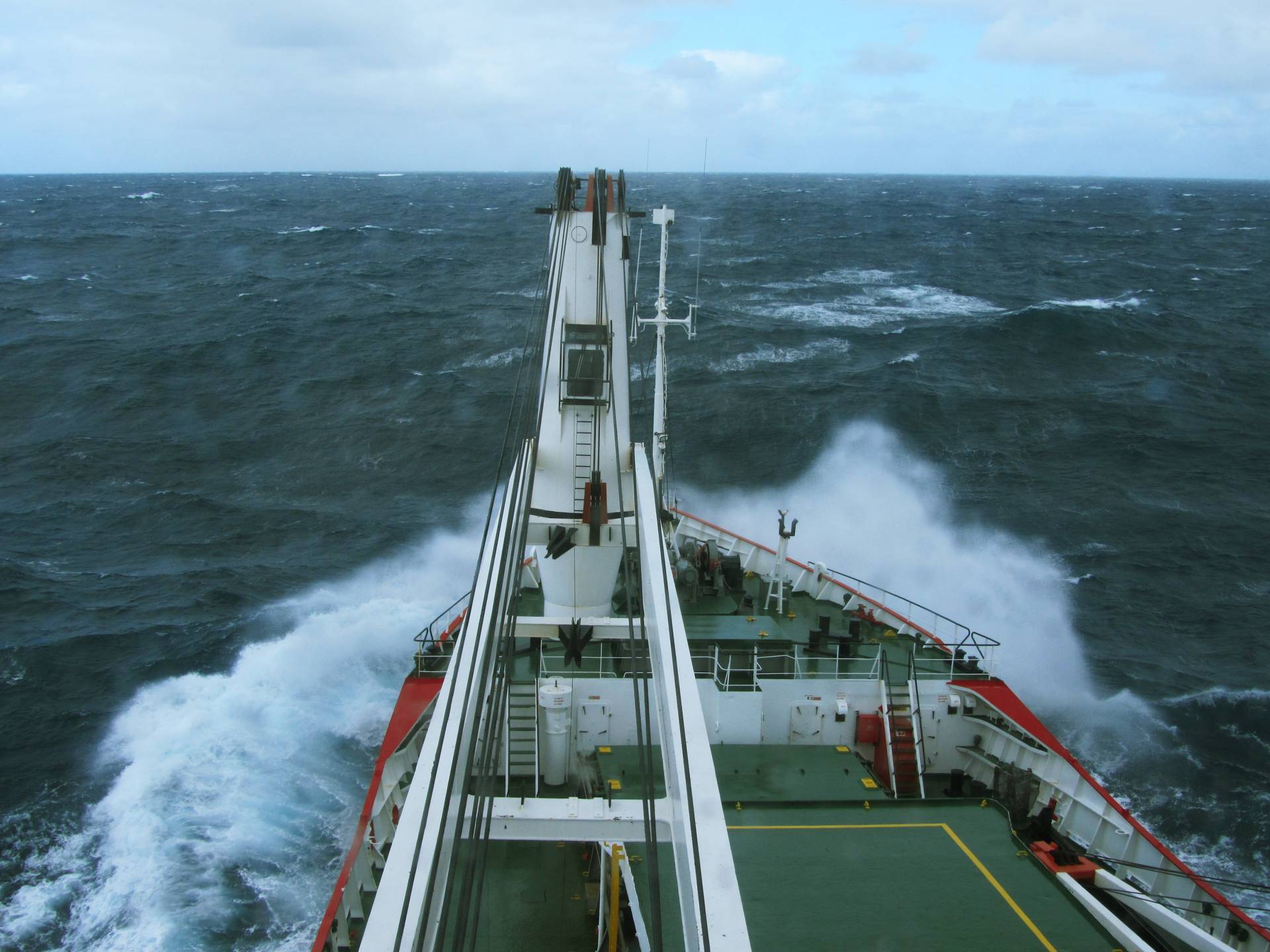 An international research team including Princeton's Robert Key has found that human-made carbon dioxide is leading to the dissolution of sediments on the seafloor.

The seafloor has always played a crucial role in controlling the degree of ocean acidification. When a burst of acidic water from a natural source such as a volcanic eruption reaches the ocean floor, it dissolves some of the strongly alkaline calcite like pouring cola over an antacid tablet. This neutralizes the acidity of the incoming waters and in the process, prevents seawater from becoming too acidic. It can also help regulate atmospheric carbon dioxide levels over centuries to millennia.

As a result of human activities, the level of carbon dioxide in the water is high enough that the rate of calcite (CaCO3) dissolution is climbing, say the researchers. Their findings appear this week in the journal Proceedings of the National Academy of Sciences.

Calcite-based sediments are typically chalky white and largely composed of plankton and other sea creatures. But as the amount of carbon dioxide (CO2) and other pollutants has climbed over recent decades, more and more acidic water is reaching the seafloor, at least in certain hotspots such as the North Atlantic and the Southern Ocean, where the chalky seafloor is already becoming more of a murky brown.

“For decades we have been monitoring the increasing levels of anthropogenic carbon dioxide as it moves from the atmosphere into the abyssal ocean,” said Robert Key, a research oceanographer in atmospheric and oceanic sciences (AOS) at Princeton who is a co-author on the paper. “While expected, it is none the less remarkable that we can now document a direct influence of that process on carbonate sediments. It will be really interesting to see if we can further support this result with new data generated by autonomous floats in the Southern Ocean.” 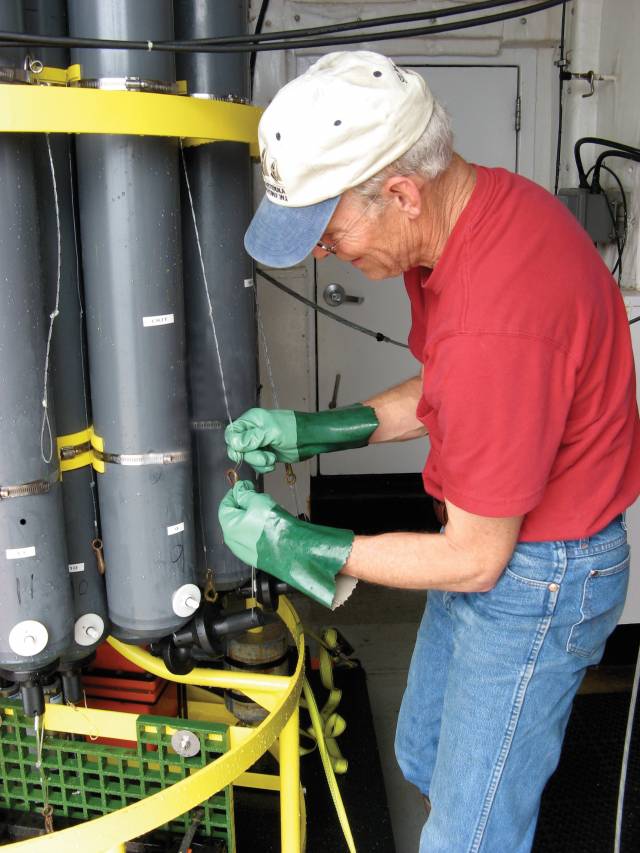 Robert Key, a research oceanographer in atmospheric and oceanic sciences, works aboard a research vessel near Antarctica.

Because carbon dioxide takes decades or centuries to travel from the ocean surface to the seafloor, the vast majority of the greenhouse gas created through human activity is still near to surface, said lead author Olivier Sulpis, a graduate student at McGill University. “The rate at which CO2 is currently being emitted into the atmosphere is exceptionally high in Earth’s history,” he said, “faster than at any period since at least the extinction of the dinosaurs, and at a much faster rate than the natural mechanisms in the ocean can deal with, so it raises worries about the levels of ocean acidification in future.”

In future work, the researchers plan to look at how this deep ocean bed dissolution is likely to evolve over the coming centuries, under various potential carbon dioxide-emission scenarios. They believe that it is critical for scientists and policymakers to develop accurate estimates of how marine ecosystems will be affected, over the long term, by acidification caused by humans.

Because it is difficult and expensive to sample or measure the deep sea (generally defined as more than a mile deep), researchers created a set of seafloor-like microenvironments in the laboratory, reproducing abyssal bottom currents, temperatures, chemistry and sediment compositions. These experiments helped them to understand what controls the dissolution of calcite in marine sediments and allowed them to quantify its dissolution rate as a function of various environmental variables. By comparing pre-industrial and modern seafloor dissolution rates, they were able to extract the human-caused fraction of the total dissolution rates.

The speed estimates for ocean-bottom currents came from a high-resolution ocean model developed by Brian Arbic, a former AOS postdoctoral researcher, with David Trossman, a research associate at the University of Texas-Austin.

"When David and I developed these simulations, applications to the dissolution of geological material at the bottom of the oceans were far from our minds. It just goes to show you that scientific research can sometimes take unexpected detours and pay unexpected dividends," said Arbic, now an associate professor in the University of Michigan’s Department of Earth and Environmental Sciences.

Trossman added: "Just as climate change isn't just about polar bears, ocean acidification isn't just about coral reefs. Our study shows that the effects of human activities have become evident all the way down to the seafloor in many regions, and the resulting increased acidification in these regions may impact our ability to understand Earth's climate history."

“Current CaCO3 dissolution at the seafloor caused by anthropogenic CO2” by Olivier Sulpisa, Bernard Boudreauc, Alfonso Muccia, Chris Jenkins, David Trossman, Brian Arbic, and Robert Key, was published in the Proceedings of the National Academy of Sciences on Oct. 29, ahead of print publication. The work was funded by the Natural Sciences and Engineering Research Council of Canada and the U.S. National Science Foundation (grants OCE0960820 and PLR-1425989).

Liz Fuller-Wright from the Princeton University Office of Communications and Katherine Gombay from McGill University Media Relations contributed to this article.