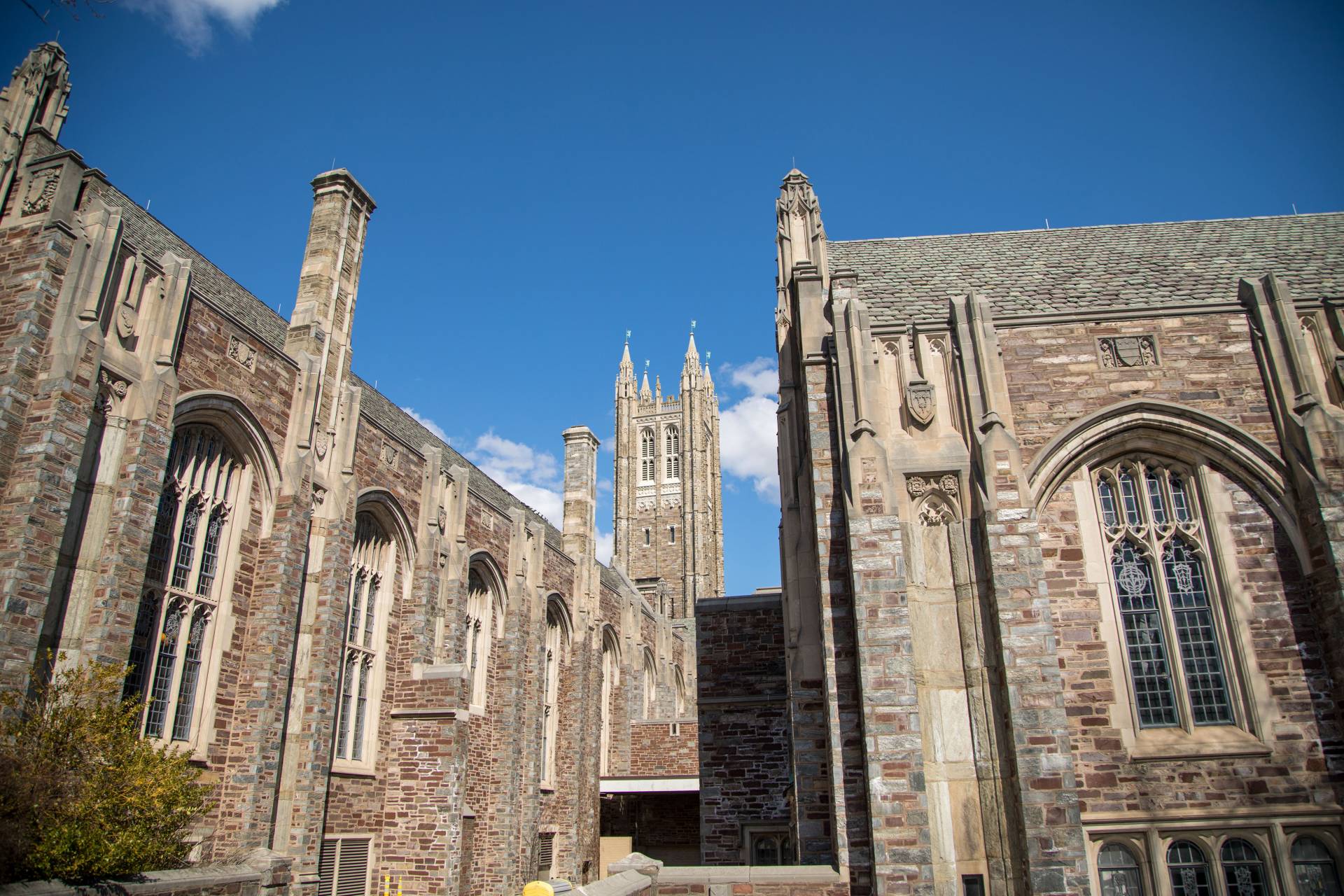 Princeton University President Christopher L. Eisgruber recounted highlights of the past year and outlined progress on key priorities in his annual “State of the University” letter to faculty, students and staff on Wednesday, Feb. 6.

Eisgruber will summarize his third annual letter (.pdf) and answer questions from the University community at two town hall meetings:

The president’s letter described active efforts to advance top priorities for the University, including plans to expand the undergraduate class and build new residential colleges, the continued cultivation of an innovation ecosystem on campus and beyond, the development of Lake Campus, the creation of a “Wintersession” period in the new academic calendar that will take effect in fall 2020, the construction of new facilities for computer science, engineering and environmental sciences and related fields, and the renovation of other key academic facilities on the main campus.

Eisgruber said University leaders are “focused on ensuring that we expand wisely and effectively: preserving and indeed enhancing the distinctive features of Princeton’s scholarly community, continuing to push the frontiers of world-class teaching and research, and proceeding in a way that genuinely values and respects every member of our community.”

The president began his letter with the success of last fall’s “She Roars” conference to engage and connect female graduates of Princeton. More than 3,000 people attended the three-day event, which included a conversation with U.S. Supreme Court Justices Sonia Sotomayor, Class of 1976, and Elena Kagan, Class of 1981, moderated by Dean of Yale Law School Heather Gerken, Class of 1991.

Another fall semester highlight, Eisgruber said, was the announcement by Ronald O. Perelman and his daughter, Class of 1996 graduate Debra G. Perelman, that the Perelman Family Foundation will provide the lead gift to construct a new residential college. The facility will support Princeton’s undergraduate expansion by 500 students overall (125 students per class).

“The opening of Perelman College, Princeton’s seventh residential college, will make this University stronger and better by permitting us to educate more outstanding students from all backgrounds and to continue to increase the socioeconomic diversity of our student body,” Eisgruber wrote.

His letter went on to discuss University initiatives and broader issues within higher education, including the themes below.

Princeton plans to welcome a larger first-year class in fall of 2022. The undergraduate expansion will allow the University to admit more talented students who will realize the benefits of a Princeton education, enhance the diversity and vitality of the campus community, and contribute to society after their graduations.

To accommodate the increase in students, Princeton will build Perelman College and a second new residential college south of Poe Field and east of Elm Drive. Deborah Berke Partners, an award-winning architectural firm based in New York City, is leading the design team for the project.

“Each of the new colleges would house around 500 students, but only half of those beds (the equivalent of a single college) will be used for expansion: building two colleges will permit us to renovate or replace dated facilities, such as the dormitories in Wilson College, that are no longer well-suited to our residential life program,” Eisgruber said.

The University also plans to enhance co-curricular facilities and programming, including the construction of a state-of-the-art University Health Services building, to support the health and wellbeing of all students as it prepares to expand.

Last spring, the faculty approved a new academic calendar that moves fall semester final exams into December from January, among other changes. The changes will take effect in fall 2020, at the start of the 2020-21 academic year.

The new schedule permits the creation of a two-week optional “Wintersession” in January that will allow students to participate in a variety of non-credit-bearing activities and classes. The University is working toward a selection of offerings for January 2021.

The innovation ecosystem and Lake Campus

As outlined in the Campus Plan, University lands south of Lake Carnegie will be transformed into a vibrant, mixed-use community that will include academic partnerships with external collaborators in an expanded innovation ecosystem in the central New Jersey region.

A variety of new initiatives to strengthen the innovation ecosystem are already underway. For example, Eisgruber highlighted that “we were able this fall to announce three trailblazing initiatives that will take place on or adjacent to the University’s historic campus: the new Google AI Lab that opened on Nassau Street in January; a collaboration with Microsoft focused on microbiology and computational modeling; and a ten-year, $6 million cooperative agreement between Celgene and the Princeton Catalysis Initiative. In addition, our new wet-lab incubator space in Plainsboro, Princeton Innovation Center BioLabs, welcomed its first tenants last spring.”

Eisgruber said the University also has begun designing academic buildings to be located along Ivy Lane and Western Way north of Princeton Stadium. The new construction will replace aging buildings with modern facilities to support cutting-edge research in computer science, engineering, and the environmental sciences and related fields.

Additional projects to improve key facilities also are in various stages of progress. The decade-long renovation to Firestone Library will be completed this spring.

Sir David Adjaye, an architect known for his work on the National Museum of African American History and Culture in Washington, D.C., and other projects, is collaborating with Cooper Robertson to design the new Princeton University Art Museum. Renovations to Robertson Hall, home to the Woodrow Wilson School of Public and International Affairs, are underway, and the University is engaging architects for a renovation of McCosh Hall.

National higher education issues and the ‘meaning of merit’

Eisgruber closed by discussing some of the issues affecting higher education, such as the Department of Education’s Title IX regulations as well as federal immigration policies.

In addition to filing amicus briefs and writing letters on several immigration issues, the University is co-plaintiffs with Microsoft and Class of 2018 graduate Maria De La Cruz Perales Sanchez in a case challenging the federal government’s rescission of the Deferred Action for Childhood Arrivals (DACA) policy. A federal district court ruled with Princeton, Microsoft and Perales Sanchez in April and reaffirmed that ruling in August, though the case is currently on appeal.

“The trade-offs in the admission process are complex and difficult, but this much is straightforward and singularly important: every single student on this campus is here because of merit,” Eisgruber said. “All of our students are here because we have made a judgment, on the basis of exceptionally demanding standards, that they have what it takes to succeed at Princeton, to enhance the education of their peers, and to use their education ‘in the nation’s service and the service of humanity’ after they graduate. That is true of our undergraduates and our graduate students. It is true of our athletes, our artists, our legacies, our first-generation students, and our students from every state and every country represented on this campus.  They all have the talent needed to benefit from the transformative education made possible by our superb faculty and staff.” 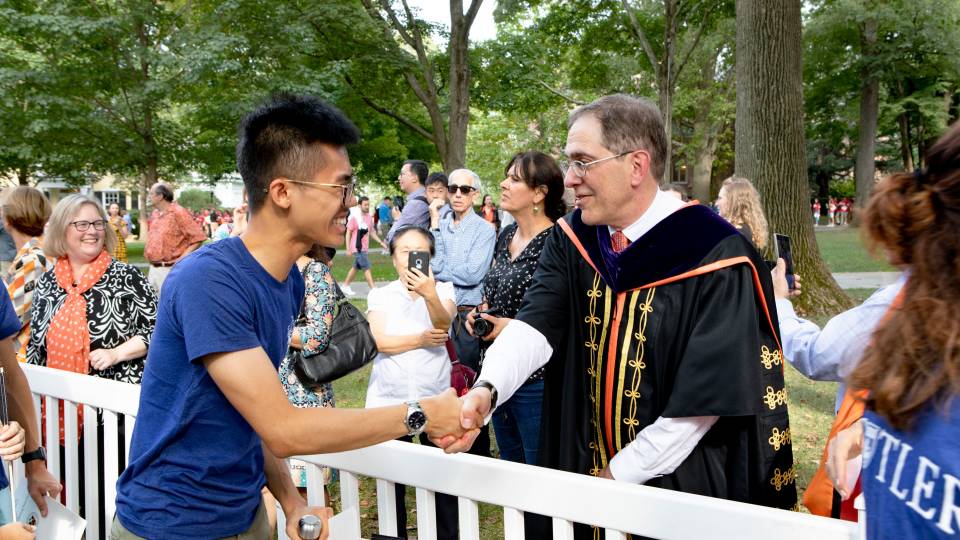 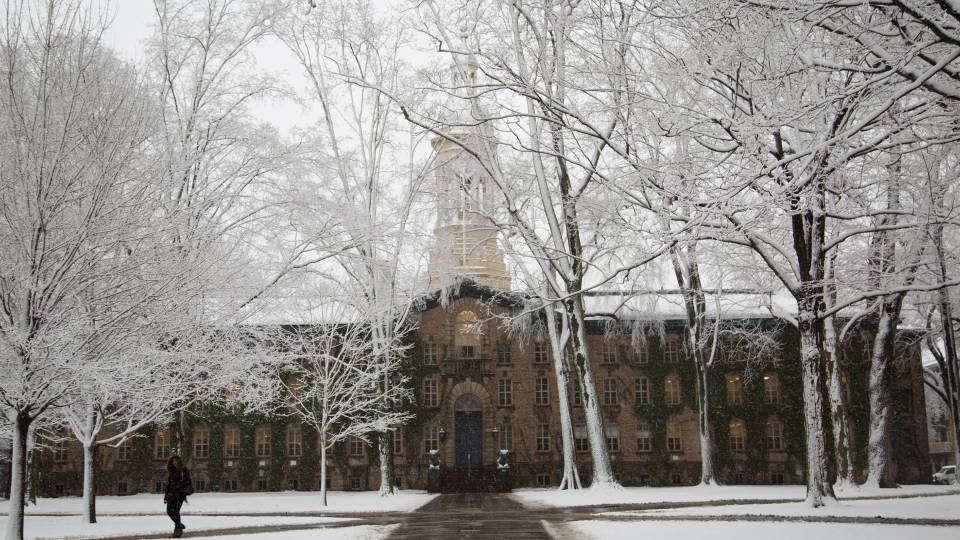 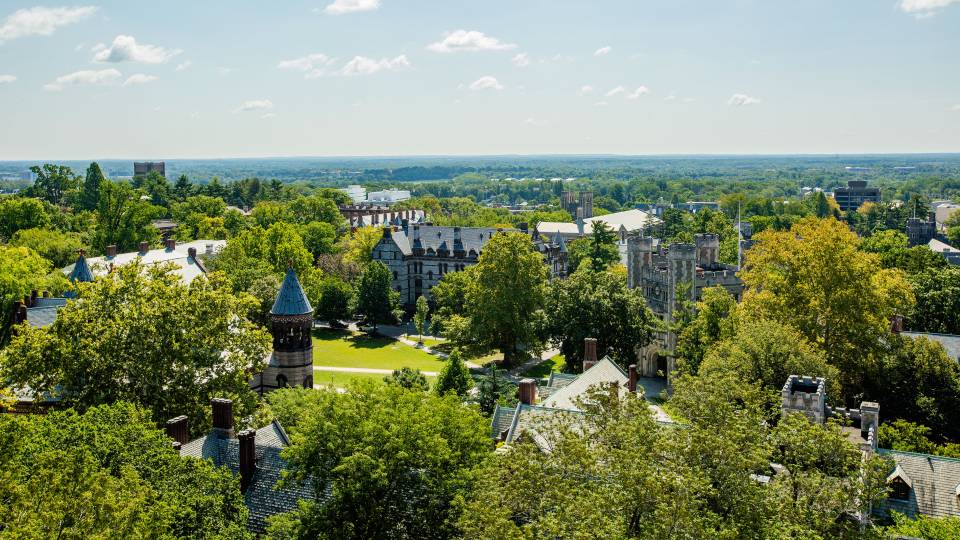