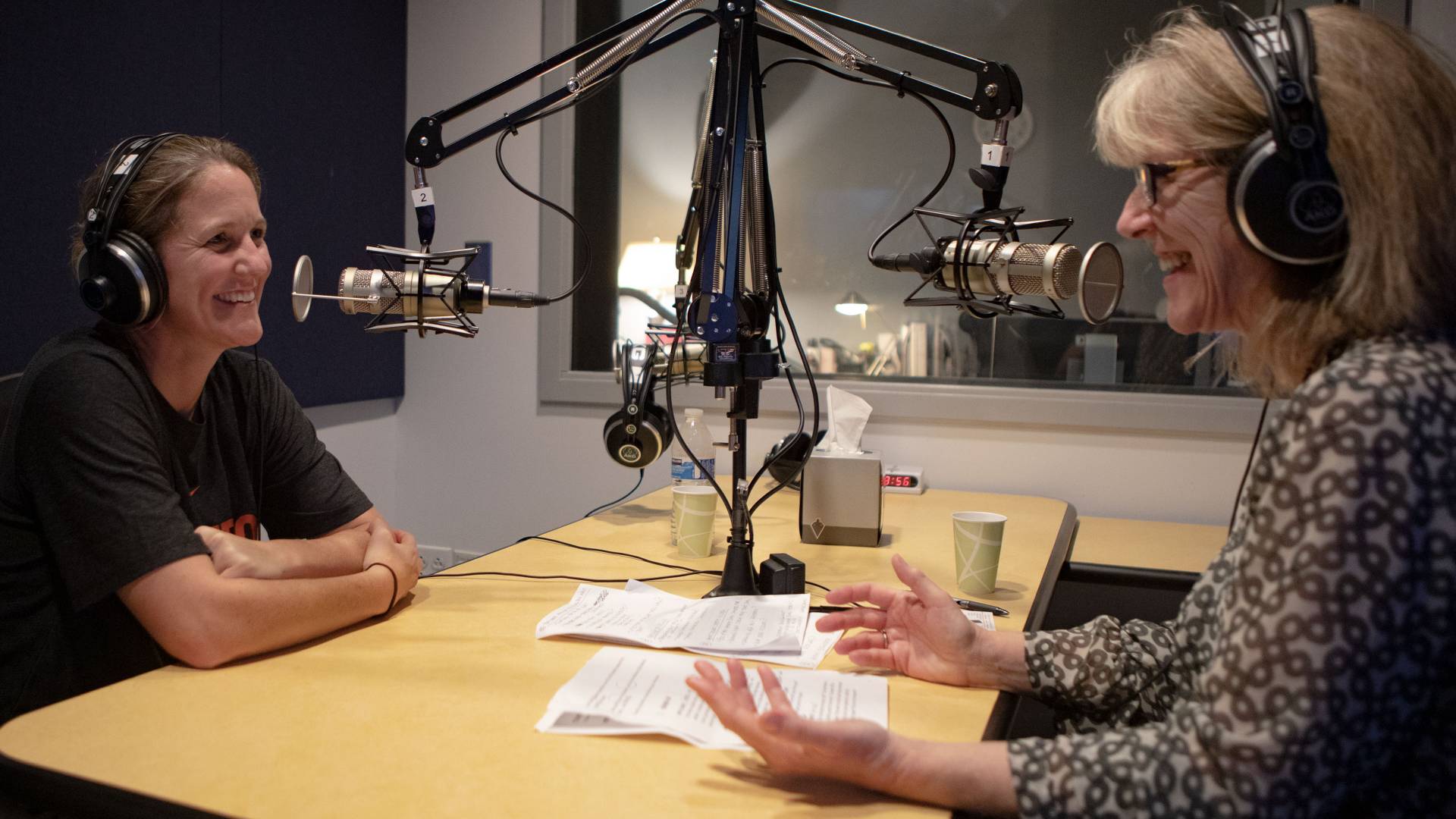 Courtney Banghart, the women’s basketball head coach at Princeton, has two Ivy League degrees and a spot on Fortune Magazine’s 2015 list of 50 greatest leaders in the world. Despite these credentials and many others, Banghart tells “She Roars” podcast that none of that matters at game time: “What you do in terms of execution is win the day. It sounds so coach, but it's really all you can do: win the day.”

Banghart knows a lot about winning. She’s been a superstar athlete most of her life, dominating three sports in high school and setting the Ivy League basketball record for three pointers while an undergraduate at Dartmouth. She was inducted into the New England Basketball Hall of Fame in 2006. And then there was that 30-0 winning streak that she and the Princeton Tigers pulled off in 2015 — the best campaign in Ivy League basketball history.

She’s coped with losses too, of course. Banghart points out that the Tigers lost three times more games than they won during her first year coaching at Princeton. “You never really learn how to lose in this business, but you learn how much goes into winning.”

For Banghart, what goes into winning is a commitment to “coach less and teach more.” She applies that maxim beyond basketball strategy to include the mental lessons that matter off-court, as well. The secret sauce à la Banghart involves shedding the fear of failure and taking every three-point shot that opens up in life. “I always say [to my players] I hope after four years with me, you've grown roots to know where you came from and wings to fly… I take an enormous sense of responsibility that when they leave, their roots and their wings are equal, that their roots aren't stronger than their wings.”

The “She Roars” podcast was launched in October 2018 to celebrate women at Princeton, following the University’s successful alumni conference of the same name. Future interviews will include Class of 1991 alumnae Mellody Hobson, a financial expert, and Jennifer Rexford, chair of Princeton’s computer science department.