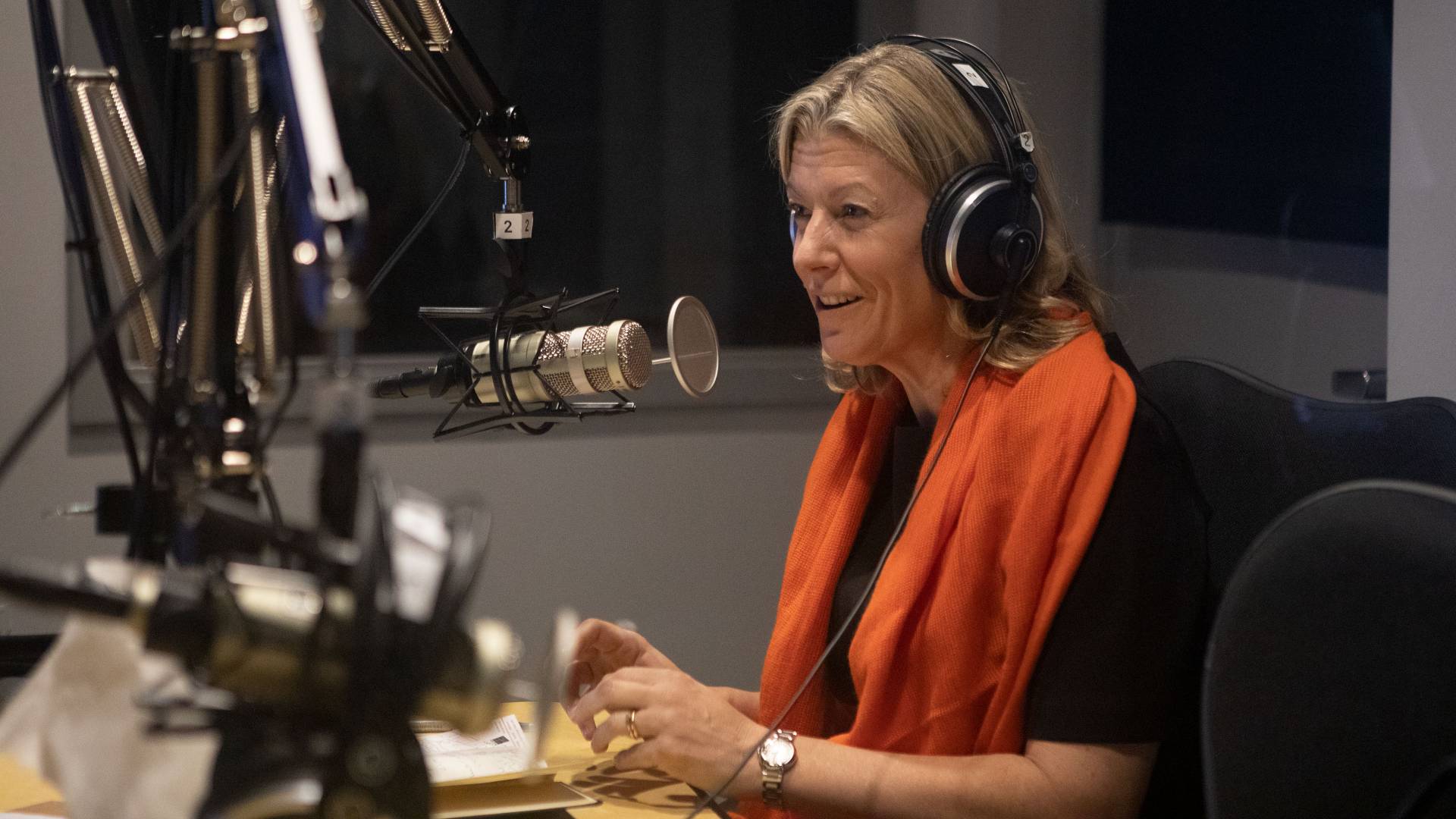 Laura Trevelyan, an anchor for BBC World News America and a Princeton parent, wades into topics both familial and political on the latest episode of the "She Roars" podcast.

Trevelyan covered her first U.S. presidential election campaign in 2004 and became the BBC’s United Nations correspondent in 2006. Regarding the recent nomination of Heather Nauert to replace Nikki Haley as America’s Ambassador to the UN, Trevelyan observes: “I think it’s a classic move by President Trump.” She points out that Nauert’s background as a commentator for Fox News and as a State Department spokesperson has provided the nominee with limited diplomatic experience. According to Trevelyan, “It underscores the nexus between this White House and Fox News. It underscores how the president values communication skills above all else.”

Born and raised in the United Kingdom, Trevelyan has lived in the U.S. for more than 14 years and was sworn in as an American citizen in 2016. Her bi-nationality and her years as a frontline reporter in Northern Ireland bring authority to her analysis of the national retrenchment playing out on both sides of the Atlantic. “Brexit happened first,” she points out — referring to Britain’s vote to withdraw from the European Union.

Trevelyan discusses another duality in her persona: she is a mother of three as well as an accomplished professional in a demanding career. To her, recent comments by former First Lady Michelle Obama, Princeton Class of 1985, struck a chord. “Michelle Obama said something that really resonated with me because it seemed so honest. She said ‘you can't have it all at once,’ and to me that was like a lightbulb going off in my head.” Acknowledging that “I speak for no one other than myself,” Trevelyan welcomes the opportunity to publicly revisit the challenges women encounter balancing their work and their families.

The "She Roars" podcast was launched in mid-October to celebrate women at Princeton, following the University’s successful alumni conference of the same name. It is available for free on iTunes, Spotify and other podcast platforms. Future interviews will include financial expert Mellody Hobson, Class of 1991; national science director Patricia Falcone, Class of  1974; and Princeton’s head women’s basketball coach, Courtney Banghart.