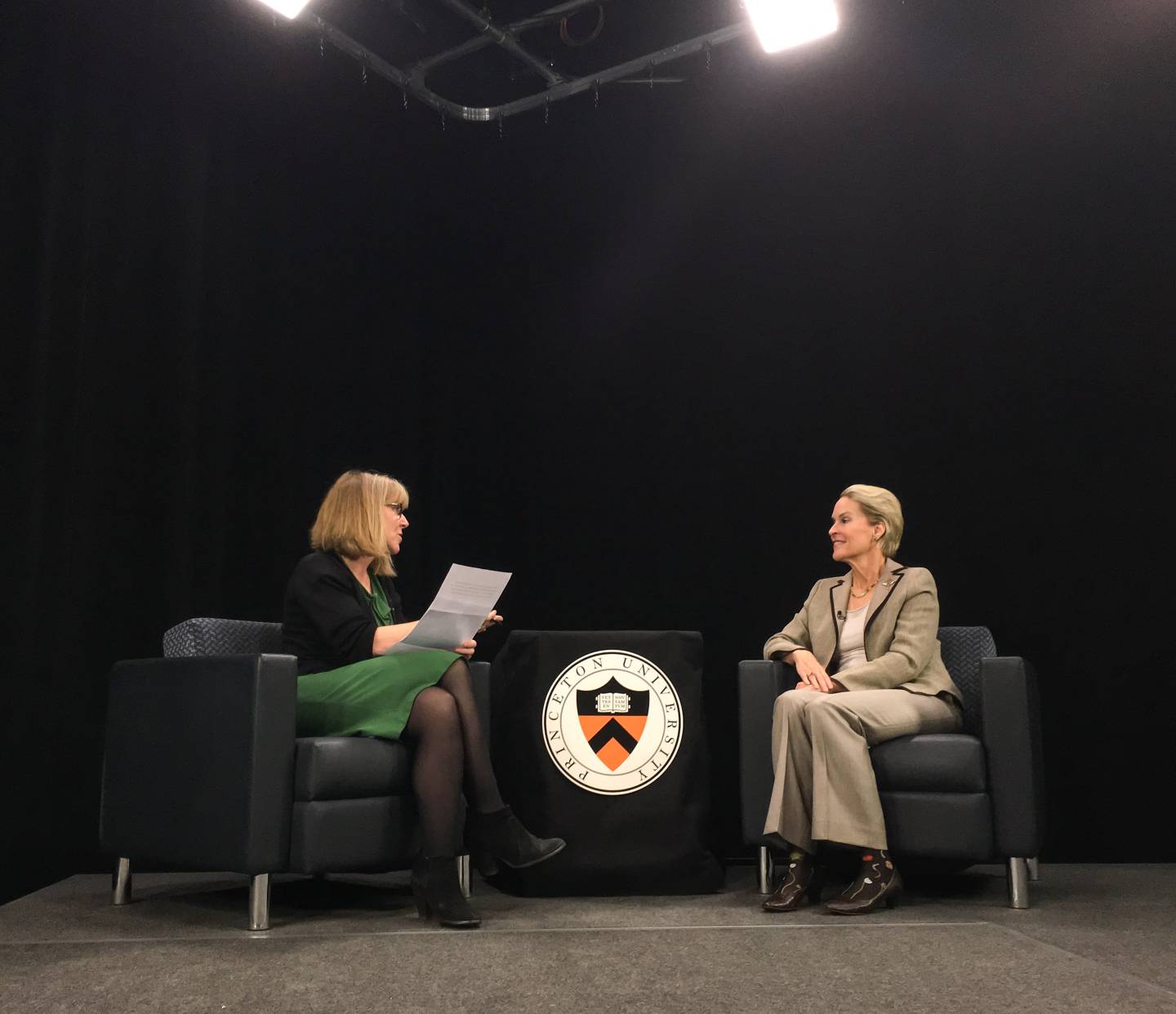 In episode 4 of Princeton’s new "She Roars Podcast," alumna Frances Arnold (right), a 2018 Nobel laureate, talks about her "problem-solving attitude" and career. Margaret Koval, (left), director of special projects in the Office of Communications, hosts  the podcast.

Frances Arnold, Class of 1979, shares the logic behind her 2018 Nobel Prize in Chemistry in the latest episode of the “She Roars Podcast."

Arnold tells host Margaret Koval that she knew a good thing when she saw it some 25 years ago — and the results were game-changing. Defying the prevailing wisdom, Arnold innovated a completely new way to engineer enzymes that is now pushing the boundaries of green chemistry, biofuel production and more sustainable industrial processes.

Her goal was utilitarian from the beginning: “I wanted to develop a career where I could use my engineering background to have a positive effect on society,” said Arnold.

She knew enzymes were the key but was frustrated by the slow progress coming out of engineering methods that relied on unlocking all the mysteries of molecular design. She decided to let evolution draft the blueprints, instead. Arnold sped up enzyme breeding, encouraged random mutations, and selected which “baby” enzymes would parent the next generation by the presence or absence of new traits that were useful to humans.

“So, it was this problem-solving attitude and the willingness to completely bypass the deeper understanding of the system that the chemists and biochemists were taken aback by, but then I got results,” said Arnold. “It took me 20 years or so to convince the rest of the world, but I knew that it was important.”

Arnold also has advice for young women starting their careers: “What I want to do is encourage women to take on this incredibly exciting and fun challenge to use their brains for the benefit of humanity but through science and technology. Don't let the guys have this. This is great, great career material.”

Arnold won the Nobel Prize “for the directed evolution of enzymes.” Her interview, along with podcasts with other change-making women from Princeton, is available free of charge on iTunes, Spotify and other podcast platforms.