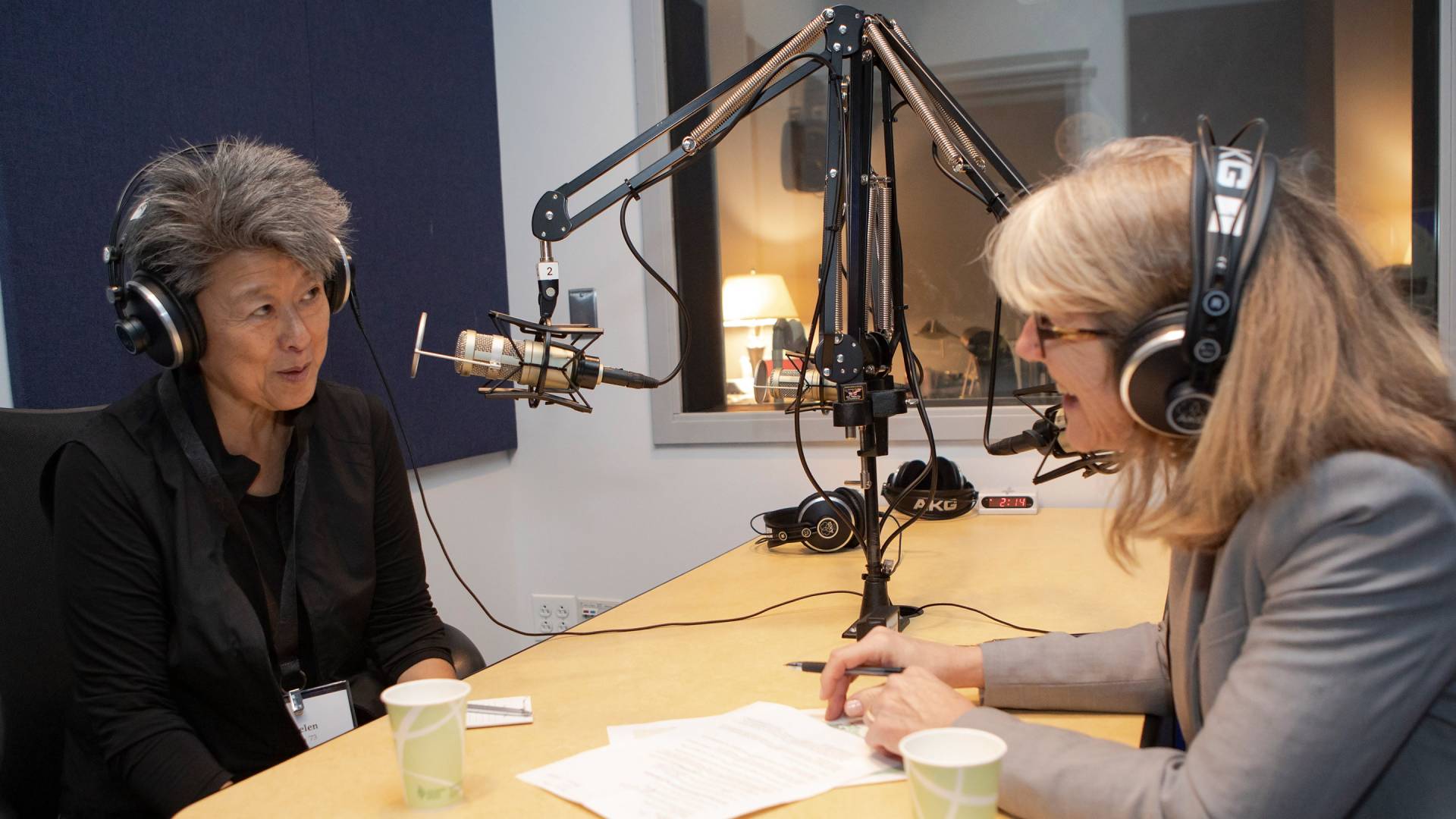 Helen Zia, Class of 1973, discusses her life — including dropping out of medical school to become a factory worker in Detroit — in episode 3 of Princeton’s new She Roars Podcast. Margaret Koval, right, director of special projects in the Office of Communications, hosts  the podcast.

Helen Zia, Class of 1973, discusses her life of “walking the talk” in episode 3 of Princeton’s new She Roars Podcast. In the episode, Zia talks with podcast host Margaret Koval about dropping out of medical school to become a factory worker in Detroit — and the desperation of being laid off when America’s auto industry radically downsized.

Zia said it was an experience that shapes her understanding of political foment today. “Minimum wage, as a Princeton graduate, was about $1.50 an hour (in the early ’70s). When I went to the factory line, it was $10 an hour with full benefits and pensions. It was a huge difference. And so, people losing those kinds of jobs, I mean it's no wonder that there's an incredible working-class outrage and middle-class outrage.”

Zia went on to become an award-winning journalist, executive editor of Ms. Magazine, and the author of numerous books, including the forthcoming “The Last Boat Out of Shanghai: The Epic Story of the Chinese Who Fled Mao's Revolution.”  She has been outspoken about everything from civil rights and arms control to homophobia and hate violence — and has frequently spotlighted important issues confronting the nation’s Asian American communities.  Zia was named one of the most influential Asian Americans of the decade by A. Magazine.

The She Roars Podcast was launched in mid-October, following Princeton’s successful alumni conference of the same name.  It features interviews with transformational women spanning multiple generations, numerous fields and varied perspectives. It is available for free on iTunes, Spotify and other podcast platforms.

‘She Roars’ podcast: Chai Vasarhelyi talks about making a difference through film — and winning an Oscar