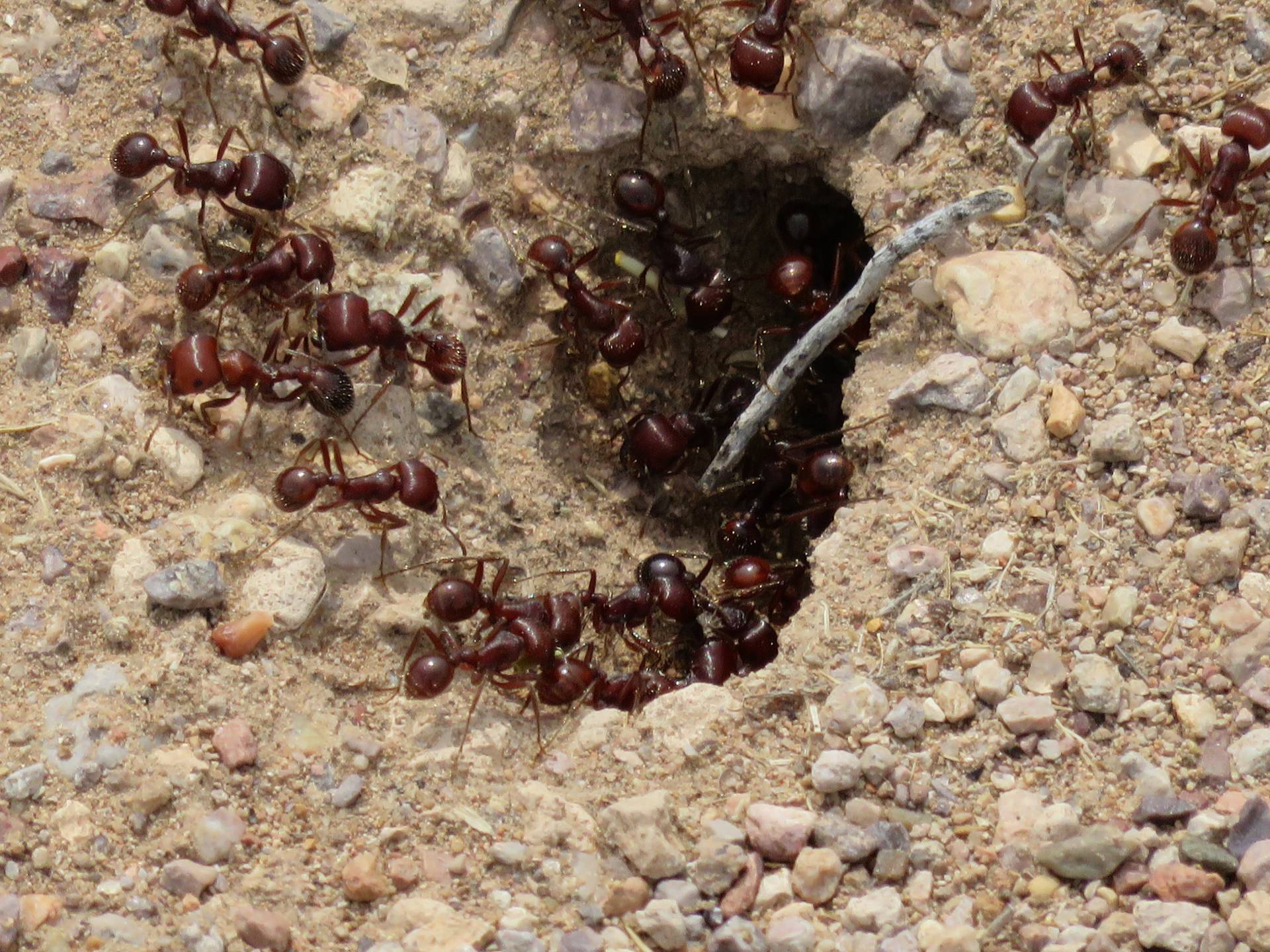 Princeton researchers have created a mathematical model to explain how desert harvester ants collectively weigh the cost of losing water while foraging against the benefit of bringing in more food.

Ants’ frenzied movements may seem aimless and erratic to a casual observer, but closer study reveals that an ant colony’s collective behavior can help it thrive in a harsh environment and may also yield inspiration for robotic systems.

In a new analysis, Princeton researchers have created a mathematical model to explain how desert harvester ants collectively weigh the cost of losing water while foraging against the benefit of bringing in more food. The model is a tool for investigating how ant colonies respond to a changing environment, and how behavioral differences among colonies affect their long-term survival and reproductive success. The team published their results Dec. 4, 2018, in the journal PLOS Computational Biology.

Professor Naomi Ehrich Leonard, the study’s senior author, has previously analyzed the dynamics of bird flocks and fish schools to better understand how large groups can operate efficiently without central control. She is a leader in a multidisciplinary approach at Princeton to the field of robotics and cyberphysical systems in service to society. Insights gained from these natural systems can help in the design of robot teams to carry out search and rescue missions or take measurements of environments inaccessible to humans.

A few years ago, when Leonard met Stanford University biologist Deborah Gordon at a research conference, she was intrigued by the prospect of examining the behavior of harvester ants, which Gordon’s team has been tracking for the past three decades at a field site in the New Mexico desert.

“It was this beautiful marriage of the opportunity not just to collect data, but to define experiments — to use our models and our perspective to try to understand the connection between what individuals are doing and what happens at the level of the group,” said Leonard, Princeton’s Edwin S. Wilsey Professor of Mechanical and Aerospace Engineering. 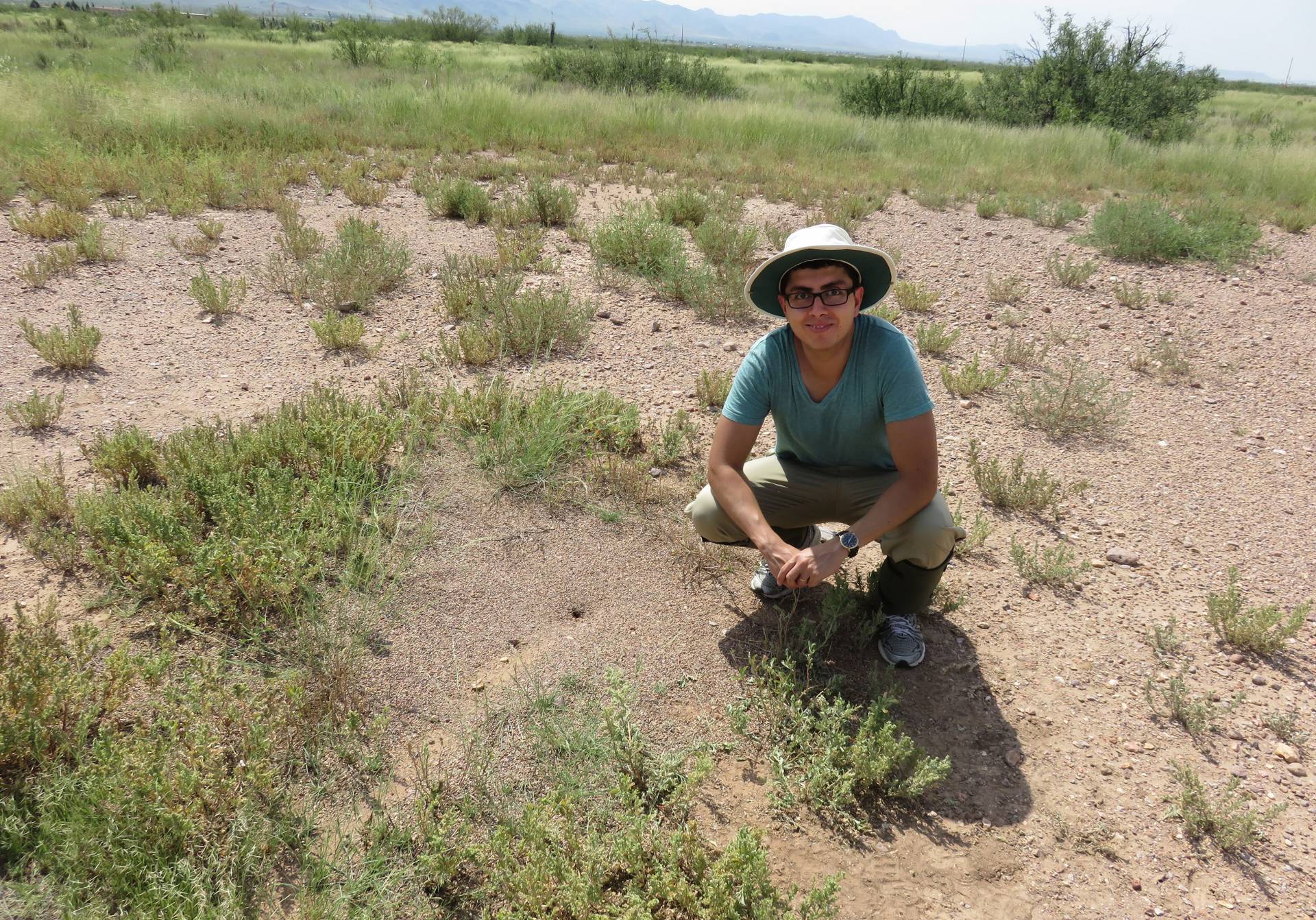 The ants offer an excellent system for investigating how a group of interacting individuals makes tradeoffs in uncertain conditions. In the hot, dry deserts of the southwestern United States and northern Mexico, red harvester ants (Pogonomyrmex barbatus) rely on seeds for both food and water. But leaving the nest to gather seeds is a risky business: A colony must collectively weigh the cost of losing water while foraging against the benefit of bringing in more seeds.

“The ants are able to regulate the rate at which they send out foragers with a very limited communication framework” that uses their sense of smell, said graduate student Renato Pagliara Vasquez, the study’s lead author. When two ants tap their antennae together, he explained, “they can smell what are called cuticular hydrocarbons, and that smell changes when they’ve been outside the nest. One ant can also tell if the other is carrying a seed, and this information is enough to regulate the entire foraging behavior of the colony.”

Pagliara Vasquez and Leonard worked with Gordon to develop a model that connects these interactions to the likelihood that a potential forager will leave the nest in search of seeds, allowing them to analyze how a colony’s foraging rates respond to environmental conditions.

To gather the data that informed the model, Pagliara Vasquez spent part of two summers with Gordon’s team at their study site in southern New Mexico, just east of the Arizona border. The researchers used videos and computer-vision software, as well as manual counts, to record 13 colonies of ants entering and exiting their nests during the morning hours, before it got too hot for the ants to forage. By 11 a.m., soil surface temperatures sometimes exceeded 120 degrees Fahrenheit (49 degrees Celsius), with relative humidity dropping to 20 percent, in contrast to the moist, 80-degree (27 degrees Celsius) conditions inside the ants’ nests.

These measurements allowed the researchers to compute each colony’s incoming and outgoing foraging rates. They also tracked how these rates changed over the course of a morning and how foraging dynamics differed among colonies.

The team studied foraging behavior as a “closed-loop system” in which the environment and the colony’s foraging activities outside the nest influence the ants’ interactions inside the nest, which in turn affect further foraging. Interactions with ants returning from foraging influence whether an ant inside the nest will go out to forage. The researchers are interested in how ants’ sensitivity to these signals shifts with changing conditions.

The researchers call this sensitivity level volatility, a measure of an implicit threshold of interactions required to influence an ant to forage. The concept is inspired by neuroscience. Similar patterns of excitability allow collections of neurons to carry out complex tasks such as memory and movement through many interactions between individual neurons.

“Researchers in the field have previously drawn broad analogies between populations of neurons and populations of social insects, but either at the level of behavior, or patterns of interaction,” said James Marshall, a professor of theoretical and computational biology at the University of Sheffield in the U.K., who was not involved in the study. “In this case the researchers have really pushed the analogy down to the level of describing individual ant behavior as if they were single neurons, and shown how this can result in sophisticated colony-level behavior.”

“The ants don’t know what the current temperature or humidity is outside the nest, so they become informed the first time they leave the nest,” explained Pagliara Vasquez. “So, we proposed this very simple mechanism, which is very powerful: Once they’ve been outside for the first time they change how sensitive they are to interactions with returning foragers. In essence, the colony can use the accumulated information from the incoming ants to regulate how sensitive the colony is to sending out new foragers.”

The researchers are continuing to examine what underlies the ants’ volatility by closely analyzing the behavior of single ants throughout the day. Gordon also plans to integrate the foraging model with years of genetic data on the ant colonies to explore whether foraging behavior that helps the ants conserve water is heritable, since it is known to affect a colony’s reproductive success.

“This model puts together the interactions of ants inside the nest and the rate at which they forage outside into one system, so that we can understand the process that evolution is shaping,” said Gordon. “Natural selection is acting on how this all works dynamically, and now we have a way to describe that. It’s a very elegant way to think about a lot of noisy dynamics and put it together into a model that can be used to guide further work.”

The study was authored by Pagliara Vasquez, Gordon and Leonard, and was supported in part by the U.S. Office of Naval Research and the William and Flora Hewlett Foundation.

The ants go marching -- and manage to avoid traffic jams