Princeton resident Kathleen Biggins is an accidental activist. In the latest episode of the University’s “She Roars” podcast, Kathleen says she first grew concerned about climate change some 13 years ago while attending a national conference for garden clubs. Speakers at the conference included people from the worlds of business and the military — “not your normal suspects” — who shared scientific projections about global warming.

Then, in 2012, Hurricane Sandy swept up the Eastern Seaboard. In its wake, Kathleen sought out more experts whose objectivity she trusted, including Princeton Professor Stephen Pacala and thought leaders from the energy, finance and insurance sectors, among others. “The more I learned, the more alarmed I became,” says Kathleen. 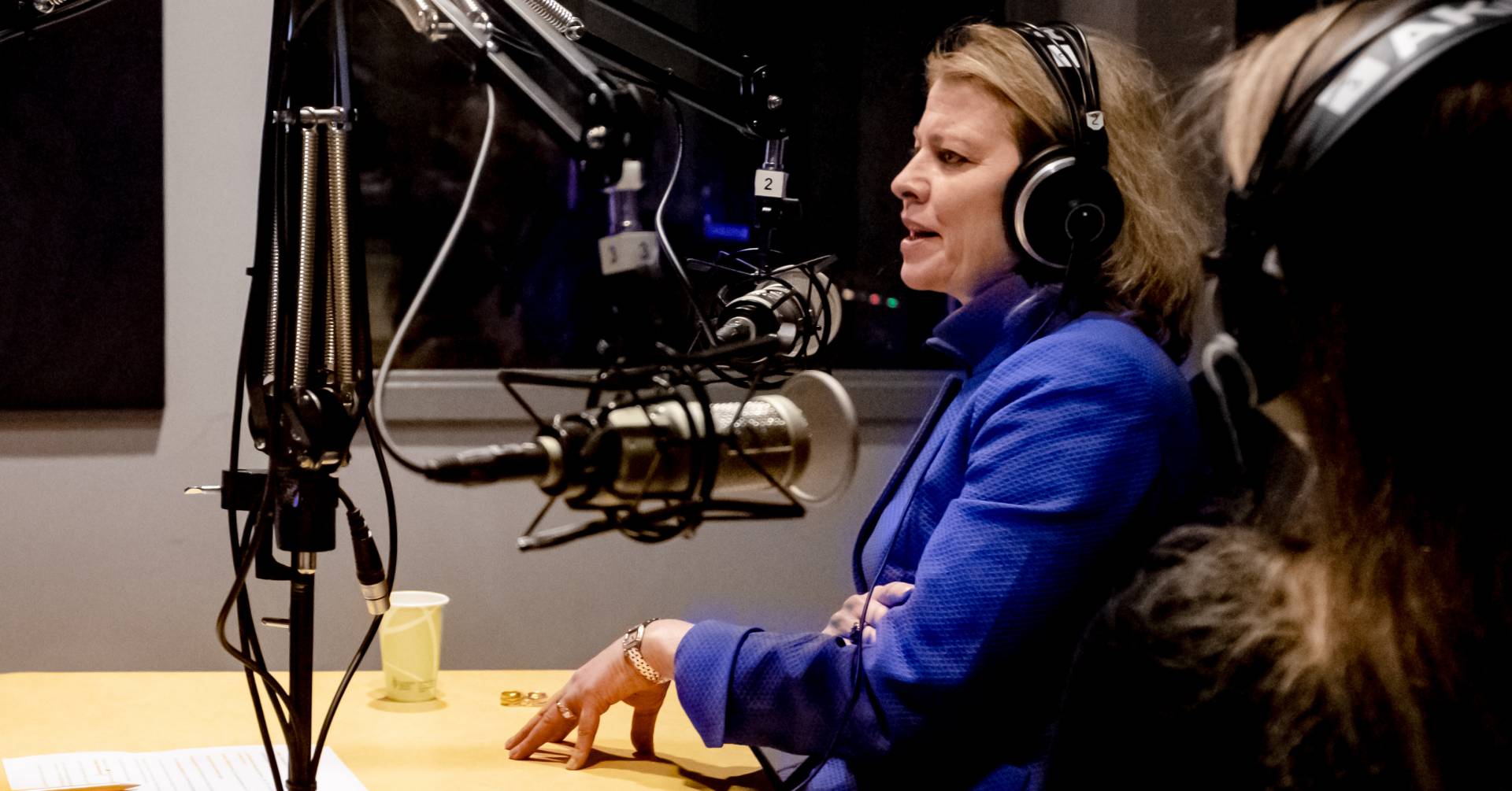 Kathleen and a handful of other community leaders began inviting experts to speak at small neighborhood gatherings. That initiative grew into a formal climate change “primer" and a team of 13 speakers. The group has now presented to thousands of people in 25 states.

Kathleen is focused on bridging the partisan chasm that has opened up around climate change. It’s an artificial divide, she says, and she’s hopeful that an awakening is in progress. She bases that optimism, in part, on standing ovations she’s received from unexpected audiences. “We’ve been in some very conservative places over the last two and a half years and, I may be wrong, but I feel that there is a sea change, not to make a pun, here. People have moved from whether climate change is happening to ‘how worried should I be?’”

With changing attitudes among voters, Kathleen believes, politicians of all orientations may find the political will to set partisanship aside and pursue solutions. “If you can get away from being doctrinaire and demanding allegiance to one way or another and instead say this is a human problem, with lots of different ways of approaching it — to mitigate, to adapt, to come up with solutions — we need to do that. That is the beginning.”

‘She Roars’ talks with host of Princeton’s new environmental podcast