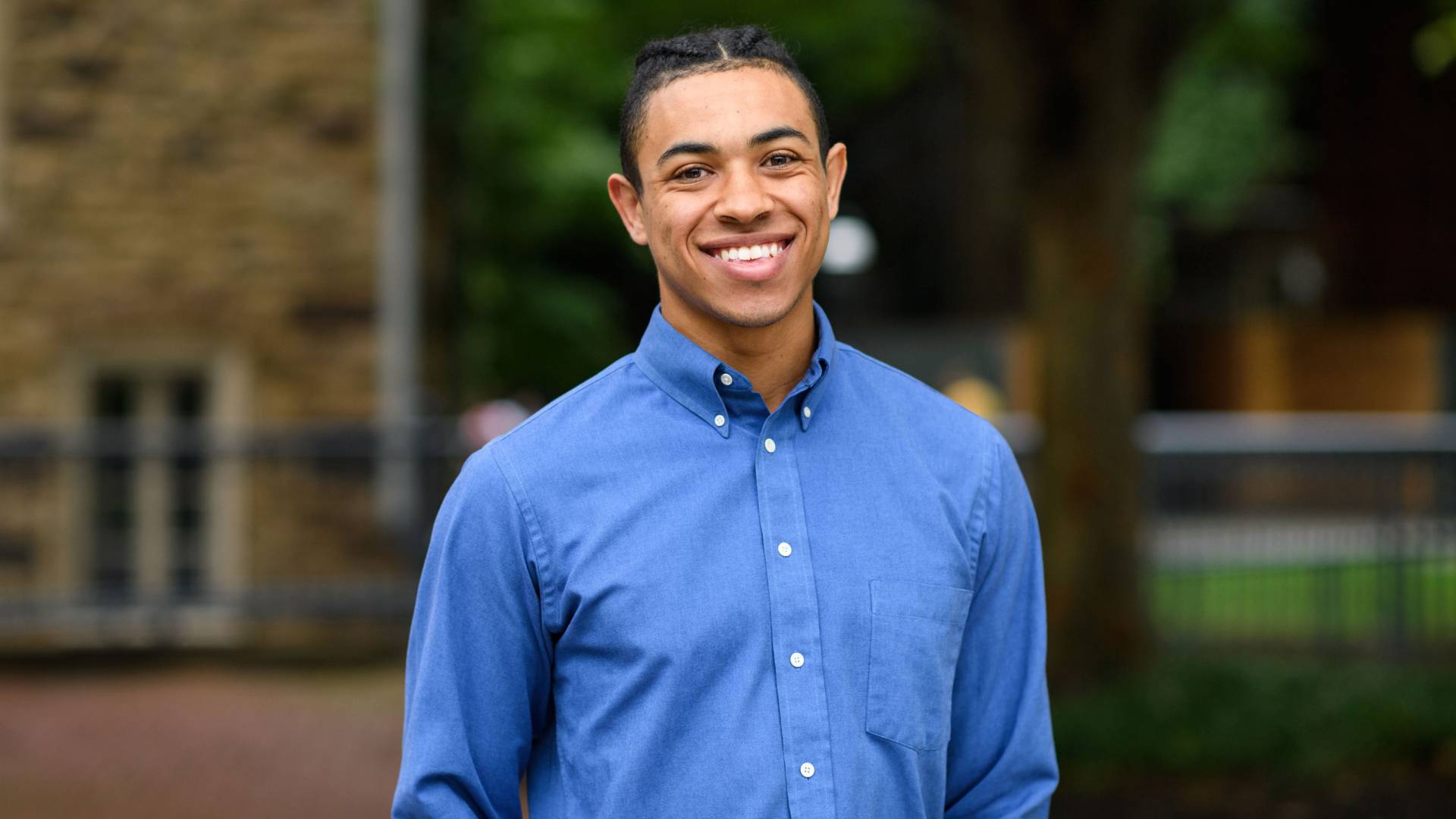 Princeton University junior Nathan Poland has been awarded a 2019 Truman Scholarship, which provides up to $30,000 toward graduate school and the opportunity to participate in professional development programs to prepare for careers in public service.

The award, which was given this year to 62 students among 840 candidates nationwide, “recognizes college juniors with exceptional leadership potential who are committed to careers in government, the nonprofit or advocacy sectors, education or elsewhere in the public service,” according to the Truman Scholarship Foundation.

Poland, of Rockville, Maryland, is a major in the Department of African American Studies. He is also pursuing certificates in Spanish and Portuguese and statistics and machine learning. He plans to use the scholarship to pursue public interest law.

“By studying public interest law and infusing it with a sociological bent I intend to use the law, in theory and in practice, as a means to advance social justice,” Poland wrote in his application. After law school, he aspires to be a public defender.

Poland’s studies within his major have focused on race and public policy, particularly examining mass incarceration, institutionalized racism and the history of discrimination in law.

In summer 2017, Poland worked as an intern investigator for the Bronx Defenders, a nonprofit public defender firm. He engaged with clients, complainants and community members on a daily basis, conducting interviews in English and Spanish.

“Through my work I saw how the legal system systematically denies low-income people of color their dignity, right to counsel and right to due process by preying upon and criminalizing the vulnerability of these populations,” he said. “This experience showed me how we can combat oppressive practices through impact litigation and client-oriented public defense, and it inspired me to pursue a career in public interest law.”

"Nathan Poland is an exceptional young man whom I had the pleasure of working with when he interned at my office as an investigator," said Karume James, staff attorney with the Bronx Defenders. "Nathan was impressive from the start and an absolute pleasure to work with. Over the course of the summer, we grew closer and I was even more impressed with his maturity and professionalism, his deep commitment to social justice, and his genuine nature. Nathan is destined for great things and I could not be prouder of his remarkable achievement. I am confident that he will be an asset to the Truman community as a fellow, and I look forward to even greater things to come!"

Poland participated in Princeton’s Bridge Year Program (now the Novogratz Bridge Year Program) in Salvador, Brazil, in 2015 before starting his studies on campus. Through community engagement, he explored questions around inclusion, race and society, reflecting, too, on his own family, and the challenges his mother faced in integrating into American society. For his first eight years, Poland and his family lived in La Purificación, Mexico, where he learned Spanish.

“Nathan is a brilliant young scholar with an impeccable character and exceptional leadership skills,” said Perry. “He’s also one of the kindest people I know. I am very proud of him and I am so glad he will be representing Princeton in the world.”

Outside his studies, Poland also is engaged in helping realize social justice and inclusion. He has volunteered with two in-prison tutoring programs, the Petey Greene Program and the Princeton Re-entry and Employment Preparation Program, which is organized through the Pace Center for Civic Engagement. He also advocates on the behalf of previously incarcerated students through SPEAR’s (Students for Prison Education and Reform) Admissions Opportunity Campaign. He is a fellow with the Carl A. Fields Center for Equality and Cultural Understanding, a member of the undergraduate advisory board for the African American studies department, and a residential college adviser in Rockefeller College.

The Truman Scholarship Foundation was established by Congress in 1975 as the federal memorial to the 33rd president. The 2017 scholars will receive their awards in a ceremony at the Harry S. Truman Presidential Library and Museum in Independence, Missouri, on May 26.