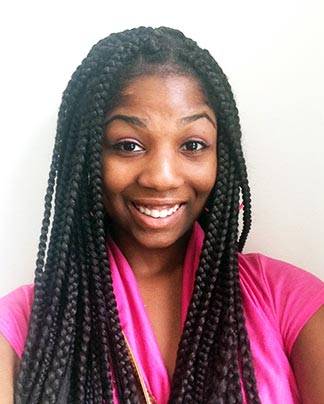 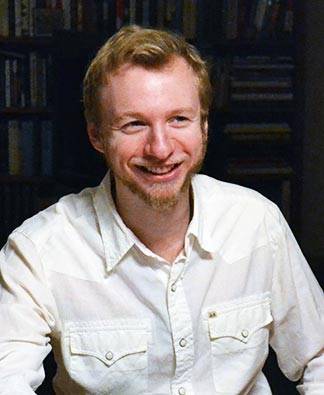 Princeton University juniors Briana Payton and Daniel Teehan have been awarded 2016 Truman Scholarships, which provide up to $30,000 toward graduate school and the opportunity to participate in professional development programs to prepare for careers in public service.

The award, which was given this year to 54 students among 775 candidates nationwide, "recognizes college juniors with exceptional leadership potential who are committed to careers in government, the nonprofit or advocacy sectors, education or elsewhere in the public service," according to the Truman Scholarship Foundation.

Payton, of Detroit, Michigan, is a sociology major pursuing certificates in African American studies, American studies, and Spanish language and culture. She plans to use the scholarship to pursue a master's degree in social work with a focus on social service administration at the University of Chicago.

Payton is interested in working with and for low-income minority communities whose access to educational and professional opportunities is limited due to inequitable social systems. Before entering her master's program, she would like to get hands-on experience working with a nonprofit organization in Chicago, such as Umoja Student Development Corporation, which provides youth with resources that help them access higher education opportunities and develop skills for success in personal and academic achievement. Payton spent a summer interning at Umoja through the Princeton Internships in Civic Service (PICS) program.

"Educational attainment is closely linked to escaping poverty and accessing a humane standard of living, making it critical that disadvantaged youth are supported in their pursuit of education and empowered to become flourishing members of society," Payton wrote in her application. "By pursuing a master's degree in the social service administration program, I will build on my foundation in sociology and draw on other disciplines such as policy and economics to better understand societal systems that perpetuate inequality, especially at the intersections of race, class and education."

Payton said she hopes to work on a national level to create networks and programs for youth development and empowerment, with a focus on strategies for urban school districts. "I not only want to work within these communities on the ground, but I also feel it is imperative to participate in social and political advocacy to address higher level structural inequality that impedes their social mobility," she said.

She is a peer academic adviser in Mathey College and will be a residential college adviser in Whitman College next fall. She also is a Mellon Mays Undergraduate Fellow. Payton served on the University's Task Force on Diversity, Equity and Inclusion; mentored freshman through the Princeton University Mentorship Program; and tutored middle and high school students at Princeton Young Achievers and Community House. She also has led the Brooklyn College Awareness alternative break trip, where Princeton students work with high school students in New York with their college applications.

Teehan, of New York City, is a comparative literature major. He plans to use the scholarship to pursue a master's degree from Columbia University Graduate School of Journalism, specializing in investigative journalism. Before attending graduate school, he hopes to work as a freelance journalist in the Middle East, using his language skills in Hebrew and Arabic to build his journalism experience as a foreign reporter.

Teehan is interested in the criminal justice system and has been involved in prison reform activities and advocacy. He hopes to become an investigative reporter for a nonprofit news organization, such as the Marshall Project or ProPublica. Teehan said he would like to focus on stories that could help reshape public understanding of the criminal justice system and mass incarceration in the United States.

"True journalism is conducted in the public's interest and betters society," he wrote in his application. "In my reporting experience at Princeton, I have seen how powerful of a tool investigative journalism is to hold institutions accountable. Working on a project about solitary confinement in New Jersey prisons, I was able to access data that had not been seen by anyone outside the Department of Corrections, to the best of my knowledge. I'm convinced that investigative reporting is the best way to use my skill set to better society."

At Princeton, Teehan is active with Students for Prison Education Reform, an advocacy and education group that works to bring attention to mass incarceration, solitary confinement, and racial disparities in the criminal justice system. He is a founder of Project Solidarity, a letter-writing campaign between Princeton students and prisoners in solitary confinement. He also has volunteered as a tutor inside local prisons through the Petey Greene Program and assisted with courses organized by the Princeton Prison Teaching Initiative.

A member of Rockefeller College, Teehan is an Orange Key Tour guide and editor of The Princeton Progressive student magazine. He had an internship last summer as an investigative assistant at Brooklyn Defender Services, a public defender organization for individuals who cannot afford an attorney.

The Truman Scholarship Foundation was established by Congress in 1975 as the federal memorial to the 33rd president. The 2016 scholars will receive their awards in a ceremony at the Harry S. Truman Presidential Library and Museum in Independence, Missouri, on May 29.