This spring Franz Prichard, assistant professor of East Asian studies, far left, is leading a graduate course that centers around images from Cold War-era Japan documenting the country’s rapid and dramatic industrialization. As historical artifacts, the photos and films are a potent resource that can contribute to larger discussions about urbanization and urban ecology and how artists respond to changing urban environments. His students, left to right, include Chan Yong Bu, Junnan Chen and Ajjana Thairungroj.

Still and moving images that captured Japan’s dramatic urban transformation in the post-World War II era are at the center of a graduate course taught this spring by Franz Prichard, assistant professor of East Asian studies.

Although they are specific to a time and place, the images — along with the thoughts and sensations they captured — speak to larger, global changes that continue to be grappled with throughout the industrial world, Prichard said.

In the course, titled “Photographic Thought/Sensation/Materiality in Japanese Literary and Visual Media,” Prichard leads his students through an examination of these largely unexplored materials — some of which have only recently been acquired by Princeton University. Prichard said he hopes to begin a dialogue about how they can be understood and how they might inform discussions about image-making and urban environments.

“There’s an uncanny resonance between that period and right now in Japan,” Prichard said. “The aesthetics and histories of the late ’60s on, they have a lot to offer and engage a lot of what we’re still thinking about.” 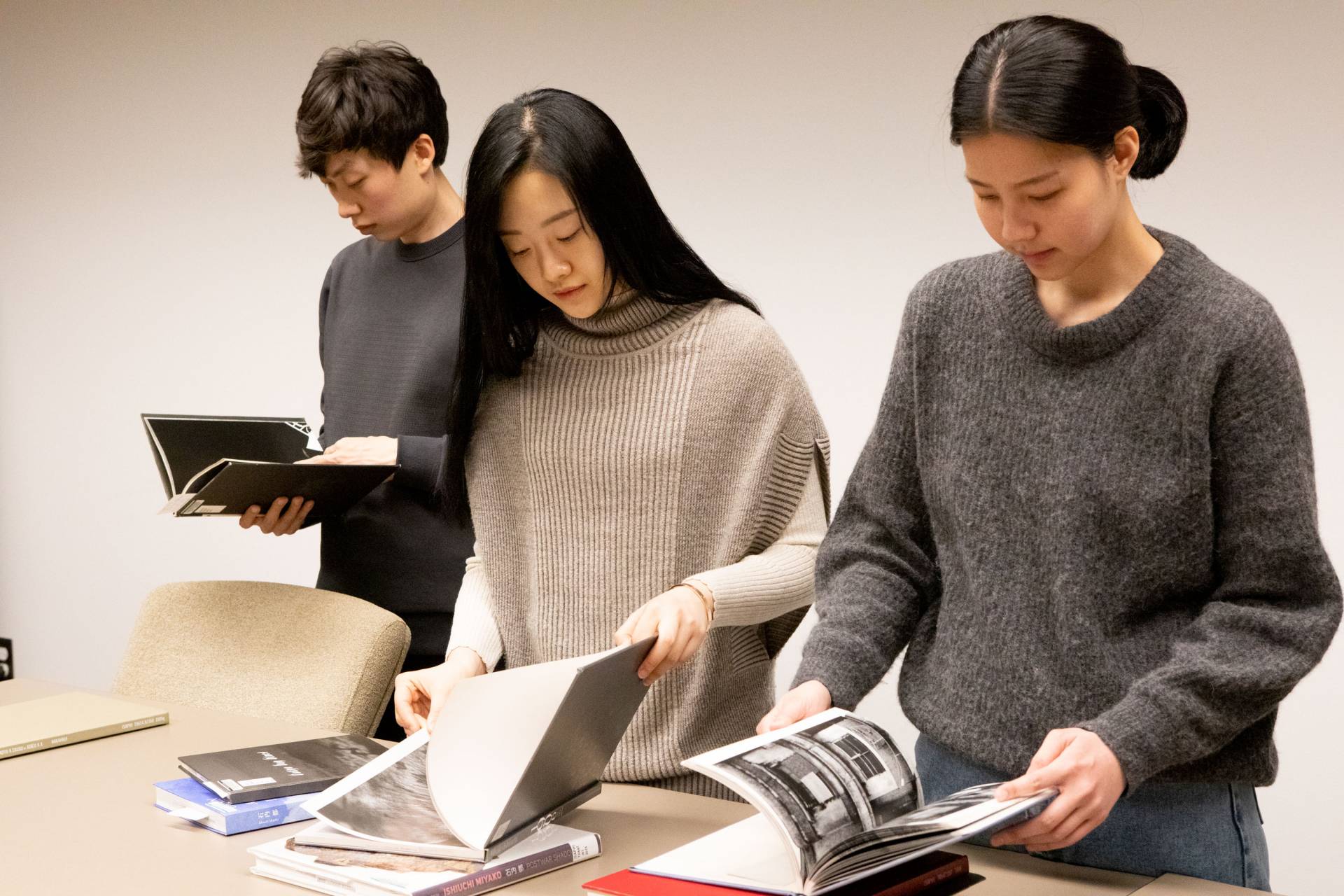 Students examine rare books and magazines in a supervised reading room in Marquand Art Library (Princeton University Library). The materials have rarely been considered together and include works by Japanese photographers Takuma Nakahira and Miyako Ishiuchi.

Prichard, who taught at the University of North Carolina-Charlotte before joining the Princeton faculty in 2014, studies the literature, visual media and critical thought of contemporary Japan. He is the author of “Residual Futures: The Urban Ecologies of Literary and Visual Media of 1960s and 1970s Japan,” in which he examines the rapid transformation of the urban and media ecologies of Japanese literary and visual media during the Cold War period.

Through his project, “In/visible urban ecologies: Mediation, materiality and metabolism in Contemporary Japan,” he is developing a humanities-based understanding of the challenges confronting a more sustainable urban future as it is envisioned by Japan’s proliferation of anime, video games and art, and photography.

Prichard’s spring course is serving as a lab, of sorts, for the work he hopes to carry out through the PEI award. The course meets once a week and focuses on photography and film, as well as literature and contemporary cultural criticism of the materials.

In the first half of the semester, students familiarized themselves with the work of leading Japanese Cold War-era photographers, including Takuma Nakahira, and the media in which their work was distributed.

One class was dedicated to the journal Provoke, which was published from 1968 to 1979 and recently was reprinted in English and Chinese.

In the second half of the course, students delved into post-1970s images.

Among them are a photo magazine called “Main;” “Shashin sōchi,” a journal of photography criticism published in the 1980s; and several books of images by Miyako Ishiuchi, a prominent Japanese female photographer.

“This is the only time these materials have been engaged together,” Prichard said. “Most institutions don’t have all this stuff in one place. This is an exceptional opportunity for all of us.”

Prichard said the students will be well prepared to use and interpret the materials in their own scholarly work. “Once we attune ourselves to these histories and their contemporary relevancies, they’ll be in a good position to say something about them,” he said. 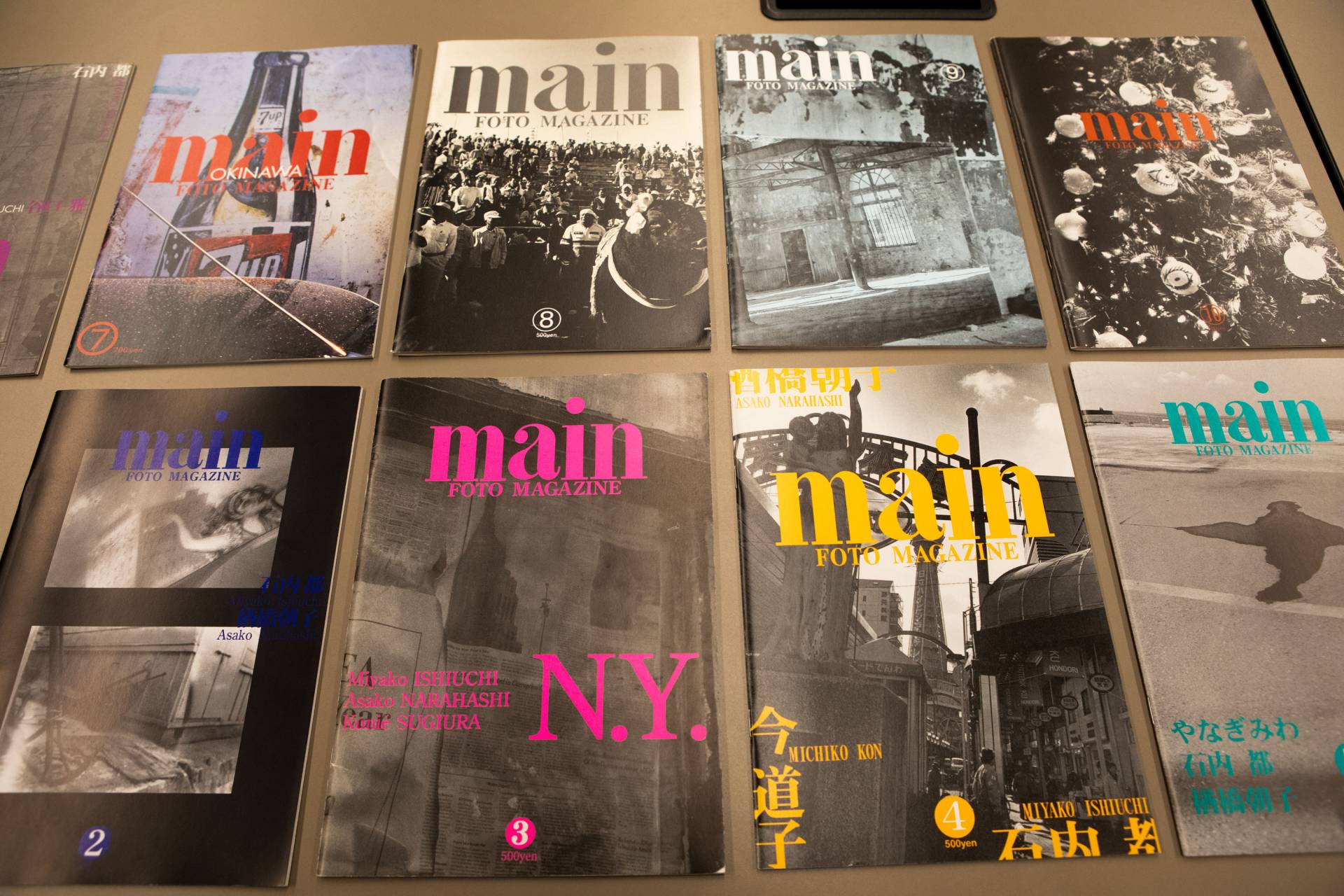 Princeton University recently acquired some of the materials used in the course, including main: FOTO MAGAZINE, a limited-run journal of Japanese photography and commentary.

Junnan Chen said she took the class as it relates directly to her research on image-making practice during the Cold War. Her primary interests are in aerial photography, postwar Japanese photography and cinema, and media and critical theory.

“These materials offer new ways to think about photography critically, and a new primary source that one can work on,” Chen said. “Professor Prichard did a fantastic job in organizing the otherwise unapproachable materials. His archival knowledge, as well as an open attitude, gives us not only the chance to engage in understudied materials, but also the freedom to think critically within the texts.”

Similarly, Ajjana Thairungroj is studying contemporary Japanese literature and the production of atmosphere, mood and the surreal in late-20th and early-21st century Japanese writing. She hopes to include animations and video art in her research and analysis.

She has been particularly taken by Ishiuchi’s photography, which she said makes the personal political.

“I have always found Professor Prichard’s genuine interest, intellectual rigor and enthusiasm for the materials inspiring,” she said. “He puts a lot of emphasis on spending time with the materials and letting them ‘speak.’ I like this approach, as I am in the stage of beginning to conceptualize my own project, and any exposure to new materials or new ways of thinking about them is extremely helpful.”

Chan Yong Bu, who is working on Cold War propaganda in Japan and North Korea, said in his area of research, he runs the risk of becoming myopic and viewing the era as an entirely dark period in history. Prichard’s course has introduced Bu not only to new materials, but new ways of seeing.

“The most striking feature of Professor Prichard’s methodology is his focus on the materiality of the texts,” Bu said.

Bu also praised Prichard’s generosity with his time. “He is always attentive to our progress and full of interesting ideas we can refer to.”