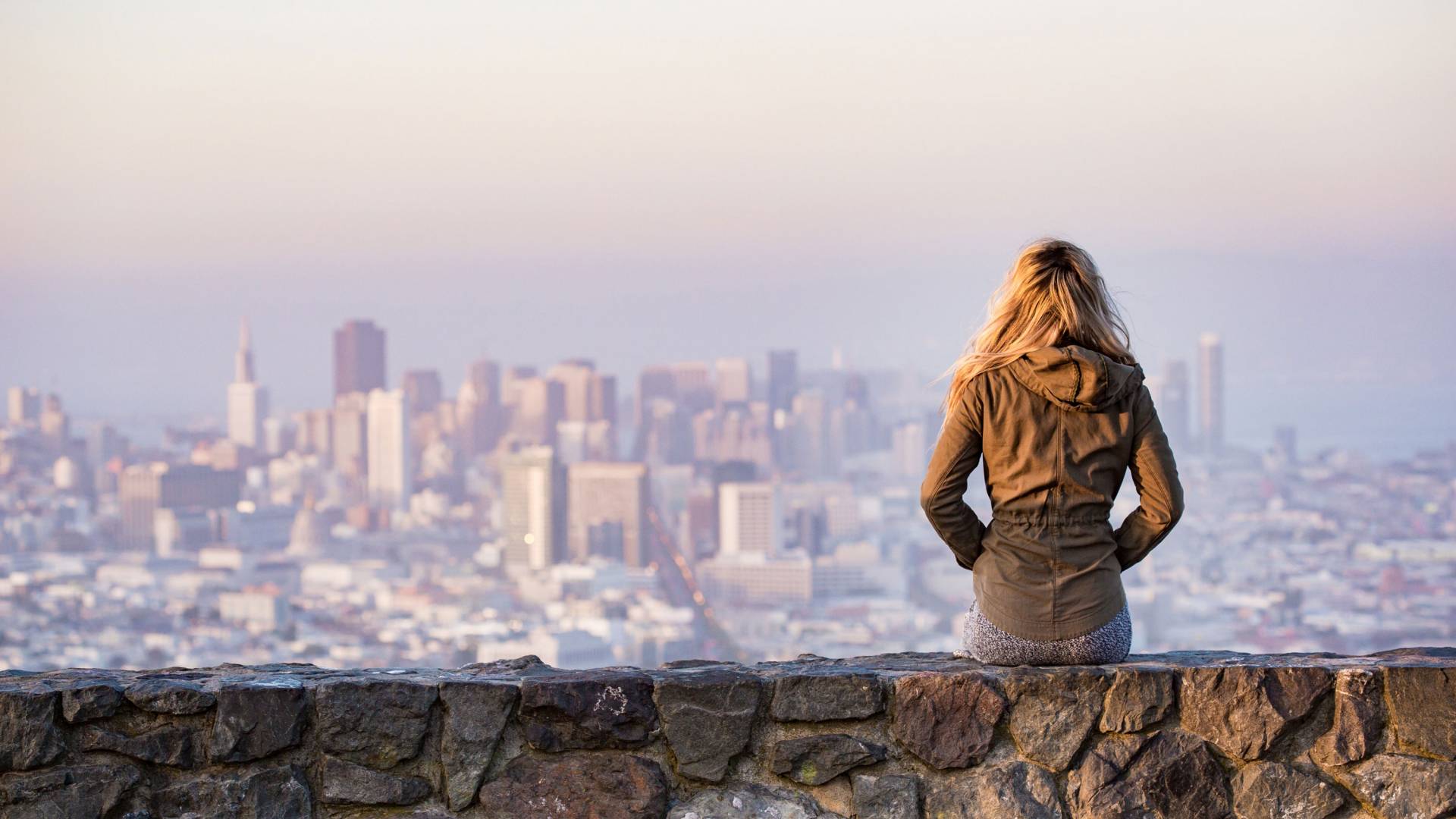 Vertical farms in post-industrial America, origami-based noise-pollution barriers and cement made from burned waste make up the latest round of projects funded by the Princeton Environmental Institute (PEI) Urban Grand Challenges program. Totaling $509,000, the new awards are active through September 2020 and are described below.

Results from these projects are not only published, but also form the basis of community outreach efforts. In addition, each project includes an educational component — particularly in the form of Princeton courses and PEI internships — that perpetuate the knowledge needed for a sustainable future. 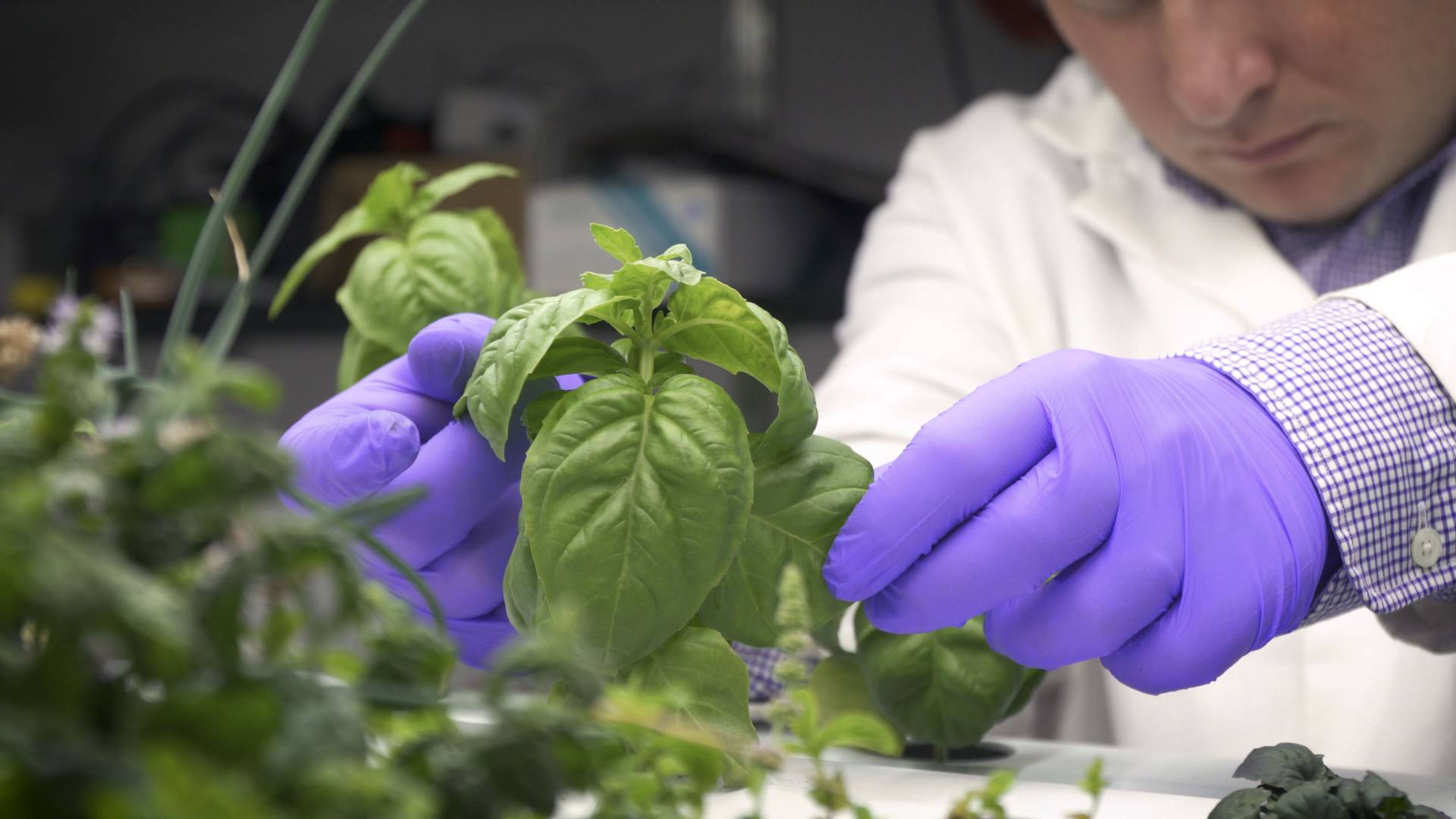 The Princeton Vertical Farming Project was established by Paul Gauthier, associate research scholar in geosciences and the Princeton Environmental Institute, to study how vertical farms can be implemented in communities, particularly in cities.

The sustainability of vertical farming in the cities of tomorrow

Paul Gauthier, associate research scholar in geosciences and PEI, is building on the Princeton Vertical Farming Project (PVFP) he established in 2017 to study how vertical farms can be implemented in local communities, particularly in cities. He is working with the nonprofit Isles Inc. based in Trenton, New Jersey, and the 1,200-square-foot Kêr Farms based in Hamilton, New Jersey, to develop a 1,200-square-foot vertical farm and a “food hub” in Mill One, a former industrial building in Trenton. The goals of the project are to prove the feasibility of establishing vertical farms in former industrial buildings, study the social impacts of vertical farming on underserved communities, and better identify the energy and environmental costs of vertical farms. Most importantly, the farm will serve as a source of fresh food for local residents and be used to teach Trenton and Princeton communities about the benefits of vertical farming and the nutritional benefits of “hyper-local” organic food. Gauthier will build on the PVFP’s current partnerships with Hopewell Elementary School and Princeton Public Schools to develop an educational program at Isles Youth Institute designed to help students learn the necessary skills to become a successful farmer.

With water shortages expected to become more common, it is imperative that regulations be designed and initiated to ensure broad public support. Leon Schreiber, research specialist in Princeton’s Innovations for Successful Societies (ISS) program, and Jennifer Widner, professor of politics and international affairs and director of ISS, are tracing the steps that Cape Town, South Africa, took to successfully induce citizens’ compliance with water-use restrictions. In January 2018, Cape Town was poised to become by April 21 (dubbed by city leaders as “Day Zero”) the first developed city to completely run out of drinking water. Despite panic and long lines at the city’s one remaining spring, by June residents had reduced water consumption by more than 60 percent. Schreiber and Widner will draw lessons from Cape Town that other cities can use to design successful emergency conservation programs. They will profile how community demographics shaped the perception of, adherence to, and eventual abandonment of Cape Town’s water conservation effort. Widner and Schreiber will produce an instructional case study that they will segue into proposals to study this issue in cities facing similar water-supply challenges, including Melbourne, Los Angeles, São Paulo and Bangalore.

Sigrid Adriaenssens, associate professor of civil and environmental engineering, and M. Christine Boyer, the William R. Kenan, Jr., Professor of Architecture, are working to establish the relationship between the health effects of noise pollution and socioeconomic status by studying areas of Trenton, New Jersey. They will then design and test origami-based noise barriers that effectively create quieter regions. The health problems brought on by increasing urban populations worldwide are disproportionately experienced by those of lower socioeconomic status. Noise pollution is associated with increased levels of blood pressure and stress hormones, as well as sleep disturbance. Adriaenssens and Boyer will carry out noise measurements in Trenton to identify the areas — with the help of the Trenton-based nonprofit organization Isles Inc. — that are most in need for noise-pollution remediation. They will then work with origami artists and mathematicians to develop lightweight adaptive barriers that feature curved creases to absorb sound and that can be shaped to block specific frequencies. Experimental prototypes will be deployed in Trenton to evaluate the extent to which the barriers block different noise levels. The researchers hope to expand their project to other cities.

C. Jessica Metcalf, assistant professor of ecology and evolutionary biology and public affairs, is examining the intersection of food security and disease in Madagascar’s capital, Antananarivo. Home to 2 million people and in one of the world’s poorest countries, Antananarivo hosts a flourishing poultry-farming sector composed of small-scale operations that provide an income stream for many households and an affordable source of protein with relatively low environmental impacts. These farms can be devastated by poultry diseases, however, particularly Newcastle disease (ND), which spreads swiftly and can cause 100 percent mortality in unvaccinated flocks. Metcalf will work in Madagascar with Princeton undergraduates to map farms, trading centers and ND cases across the city in order to identify ND-infection risk factors, as well as to improve vaccination and prevent outbreaks. The data will be used to explore the cost and benefit of ND vaccination for local poultry farmers. 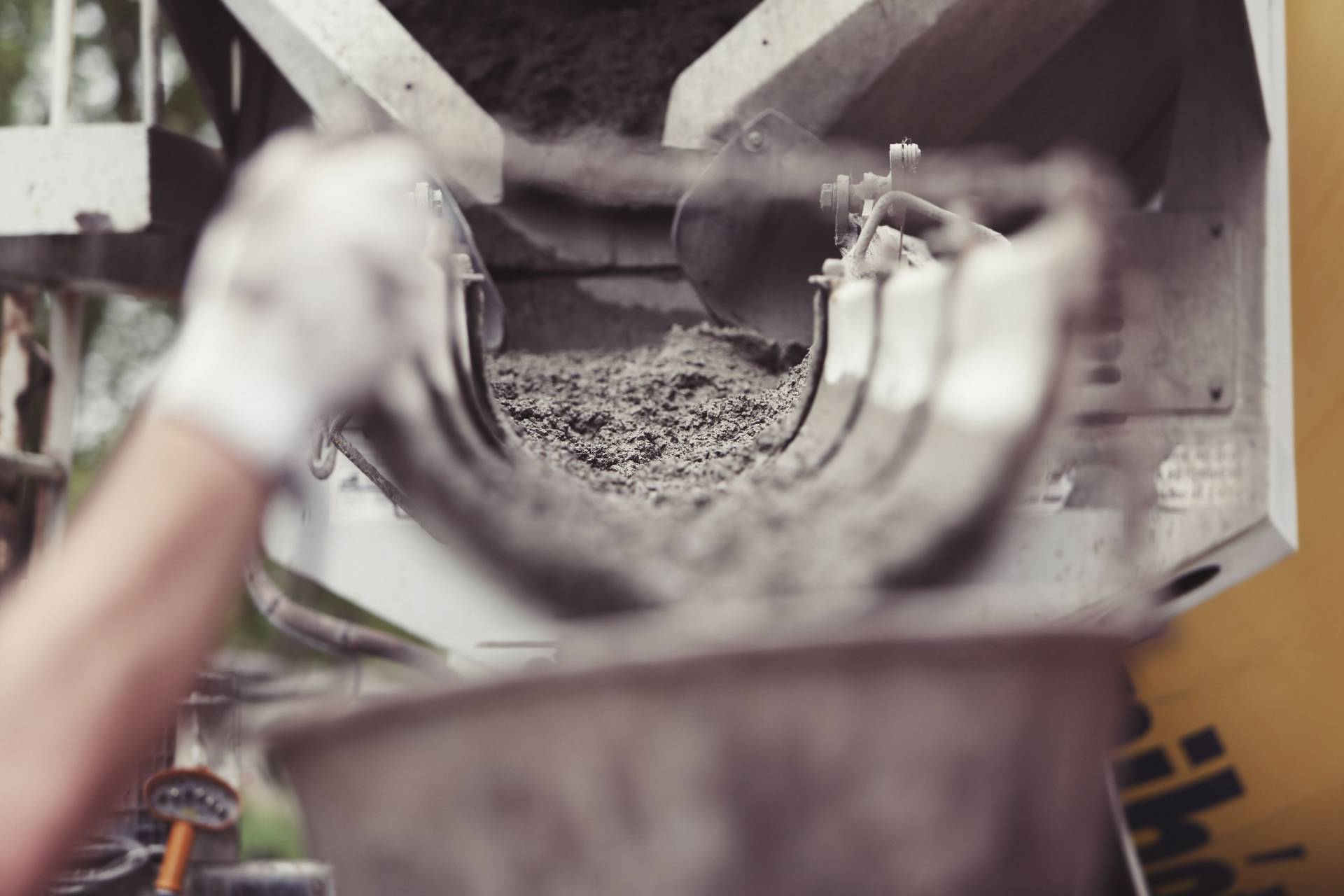 Claire White, assistant professor of civil and environmental engineering and the Andlinger Center for Energy and the Environment, is examining how ash from incinerating municipal waste can be safely repurposed as a construction material.

Claire White, assistant professor of civil and environmental engineering and the Andlinger Center for Energy and the Environment, is examining how ash from incinerating municipal waste can be safely repurposed as a construction material. In addition to being used to generate electricity, burning trash and human waste produces a “bottom” ash that is high in silicon, calcium, iron and aluminum oxides. White will use ash collected from incineration facilities in New Jersey and Pennsylvania to examine how this byproduct can be more efficiently converted into a low-carbon construction material. She will focus on identifying heavy metals present in the ash, the extent to which they leach into the environment, and how these toxins can be locked into cement after manufacture. This research will be integrated into undergraduate research projects and internships, as well as undergraduate- and graduate-level courses that will include a field trip to a waste incinerator in Camden, New Jersey. For the graduate course, data collected and analyzed in this project will be included in a computer-based laboratory where students analyze real experiment data and submit lab reports based on their analyses.

Elke Weber, the Gerhard R. Andlinger Professor in Energy and the Environment and professor of psychology and public affairs, and Simon Levin, the James S. McDonnell Distinguished University Professor in Ecology and Evolutionary Biology, are studying how campaigns intended to change people’s behaviors related to the environment hold up over time and across cultures. Existing research, including by Weber and Levin, has shown that people respond to “institutional signals” — such as from government or the private sector — that seem to change social norms of environmentally conscious behavior. This project will follow 1,000 urban residents in the United States, Italy and India for the better part of a year. Participants will be given either institutional signals from an international body such as the United Nations, or no signal. Monthly surveys will assess how each person’s attitudes, perceived social norms and behavior develop in response to these perceived changes in social norms. Results from this project will be used to develop a larger project on altering environmental behavior across cultures and to develop “mini case studies” related to using social norms to motivate social change in different cultural settings.

Franz Prichard, assistant professor of East Asian studies, is examining the recent proliferation of photography, anime, video games and video art that not only depict, but also reflect upon — and generate new perspectives about — changes in Japan’s urban environment and media. Questions about urban change, the social impact of technology and environmental disasters abound in Japan’s advanced and sophisticated media culture, which provides real insights on the uneven societal and environmental benefits and costs of technology and urbanization. Prichard is developing a humanities-based understanding of the challenges facing, and the possibilities for, a more sustainable urban future for everyone as it is envisioned by contemporary Japanese media. A goal of this project is to generate collaborations across the University among researchers interested in working on issues related to urban and environmental transformation. Prichard plans to use this interdisciplinary approach to develop undergraduate and graduate research opportunities in urban and media ecologies. He will use his findings to redesign his upper-level undergraduate seminar, EAS 303: “Japanese Film and Media Studies: In/Visible Ecologies.”

Anthropogenic lead in the urban environment

John Higgins, assistant professor of geosciences, and Janet Currie, the Henry Putnam Professor of Economics and Public Affairs, are expanding their 2016 Urban Grand Challenges project, "Urban Tap Water and Human Health," that provides no-cost lead testing for residents in Trenton, New Jersey. Prompted by the 2016 Flint, Michigan, water crisis, the project aims to collect and analyze tap-water samples in approximately 1,000 Trenton households then use the data to explore links between urban water quality and human health. During the past two years, PEI summer interns and Princeton undergraduates in the related course, "Geochemistry of the Human Environment," have collected and analyzed water samples from more than 300 homes; soil, dust and paint samples from more than 25 homes; and soil samples from four community gardens. Higgins and Currie will build on this work by pairing Princeton students with students in the GED and job-training program Isles Youth Institute to sample, analyze and interpret environmental data collected during house visits. In addition, material for the related course will be redesigned to focus on issues of environmental racism and justice — using lead as an example — to broaden its interest to non-science majors.

Professors of Architecture Guy Nordenson and Paul Lewis developed a studio course for fall 2018 in which students designed an “amphibious” hotel near Venice, Italy, that adapted to the region’s fluctuating land and sea level. The project provided a softer approach to massive engineering projects designed to protect Venice from the encroaching sea, specifically the MOSE (Experimental Electromechanical Module) project, which is a series of submerged mobile gates that cut the Venetian Lagoon off from the Adriatic Sea to prevent flooding. Students in the studio explored and developed a 20-room, 10,000-square foot hotel — with boat docks — on the island of Torcello that is detached from the ground. The class included a fall-break trip to Venice during which students witnessed the highest tide peak, or "acqua alta," in a decade.