In a major step toward developing portable scanners that can rapidly measure molecules on the pharmaceutical production line or classify tissue in patients’ skin, a Princeton-led team of researchers has created an imaging system that uses lasers small and efficient enough to fit on a microchip.

The team demonstrated the system’s resolution by using it to image a U.S. quarter. Fine details like the eagle’s wing feathers, as small as one-fifth of a millimeter wide, were clearly visible.

The system emits and detects electromagnetic radiation at terahertz frequencies — higher than radio waves but lower than the long-wave infrared light used for thermal imaging. Imaging using terahertz radiation has long been a goal for engineers, but the difficulty of creating practical systems that work in this frequency range has stymied most applications and resulted in what engineers call the “terahertz gap.” 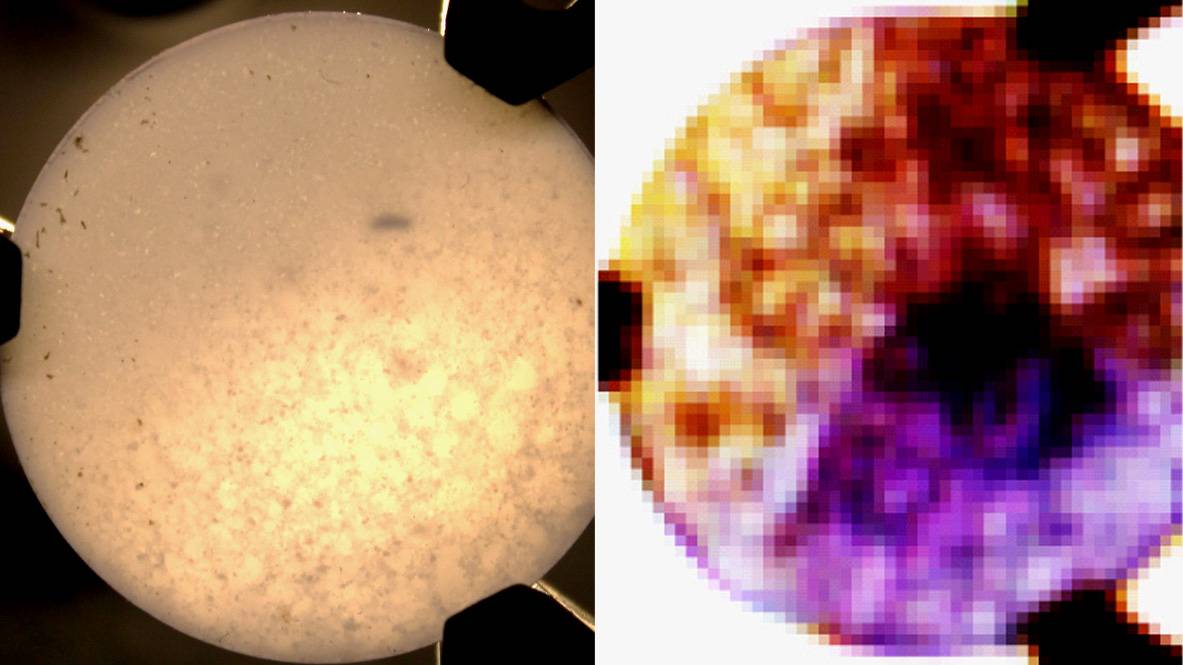 A new imaging technology rapidly measures the chemical compositions of solids. A conventional image of a sample pill is shown at left; at right, looking at the same surface with terahertz frequencies reveals various ingredients as different colors. Such images would aid quality control and development in pharmaceutical manufacturing, as well as medical diagnosis.

“Here, we have a revolutionary technology that doesn’t have any moving parts and uses direct emission of terahertz radiation from semiconductor chips,” said Gerard Wysocki, an associate professor of electrical engineering at Princeton University and one of the leaders of the research team.

Terahertz radiation can penetrate substances such as fabrics and plastics, is non-ionizing and therefore safe for medical use, and can be used to view materials difficult to image at other frequencies. It could potentially be used as a diagnostic tool for skin cancer, for example, even as its ability to image metal could be applied to test airplane wings for damage after being struck by an object in flight.

The new system, described in a paper published in the June issue of the journal Optica, can quickly probe the identity and arrangement of molecules or expose structural damage to materials.

The device uses stable beams of radiation at precise frequencies. The setup is called a frequency comb because it contains multiple “teeth” that each emit a different, well-defined frequency of radiation. The radiation interacts with molecules in the sample material. A dual-comb structure allows the instrument to efficiently measure the reflected radiation. Unique patterns, or spectral signatures, in the reflected radiation allow researchers to identify the molecular makeup of the sample.

While current terahertz imaging technologies are expensive to produce and cumbersome to operate, the new system is based on a semiconductor design that costs less and can generate many images per second. This speed could make it useful for real-time quality control of pharmaceutical tablets on a production line and other fast-paced uses.

“Imagine that every 100 microseconds a tablet is passing by, and you can check if it has a consistent structure and there’s enough of every ingredient you expect,” said Wysocki. 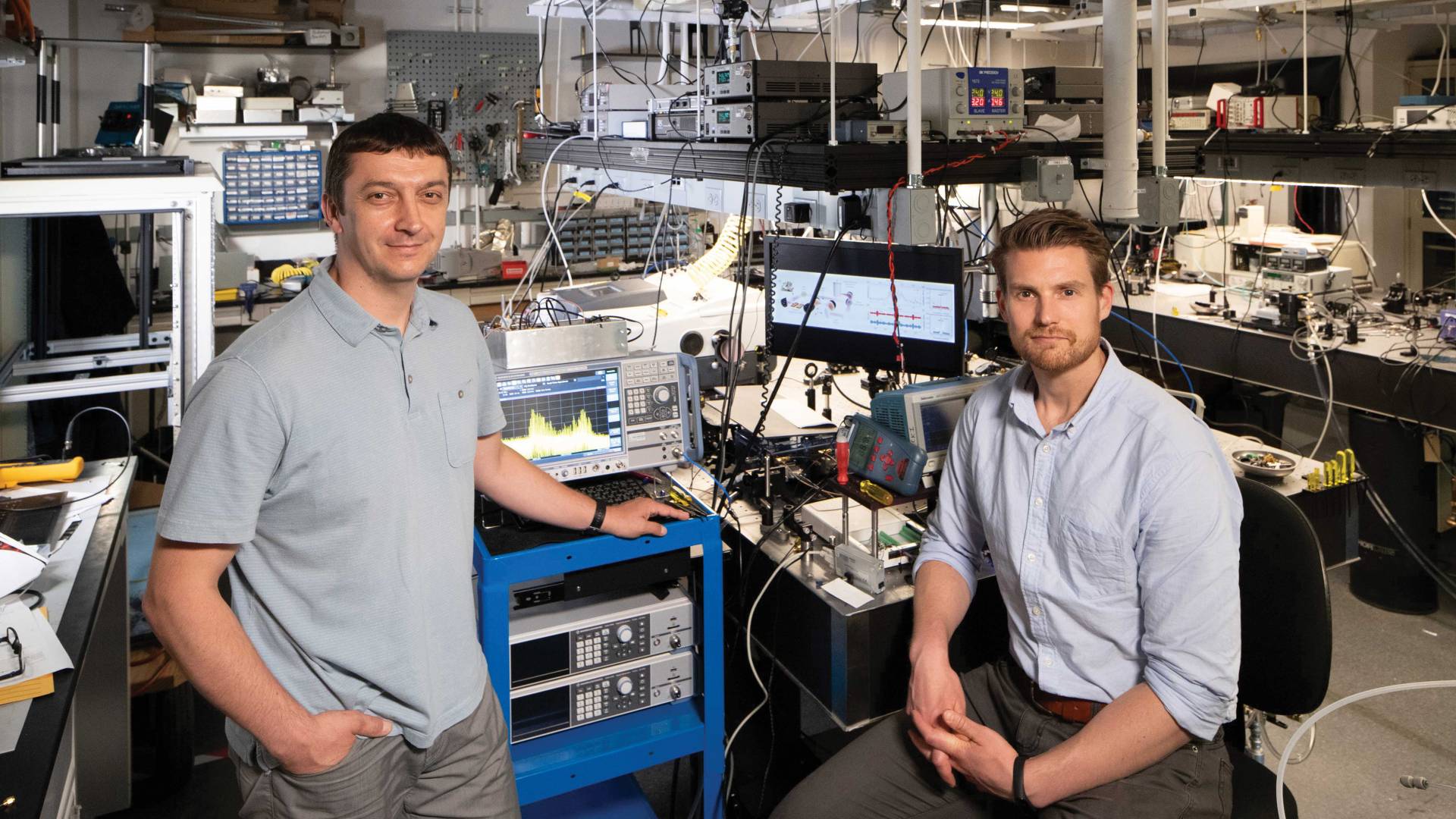 As a proof of concept, the researchers created a tablet with three zones containing common inert ingredients in pharmaceuticals — forms of glucose, lactose and histidine. The terahertz imaging system identified each ingredient and revealed the boundaries between them, as well as a few spots where one chemical had spilled over into a different zone. This type of “hot spot” represents a frequent problem in pharmaceutical production that occurs when the active ingredient is not properly mixed into a tablet.

While the technology makes the industrial and medical use of terahertz imaging more feasible than before, it still requires cooling to a low temperature, a major hurdle for practical applications. Many researchers are now working on lasers that will potentially operate at room temperature. The Princeton team said its dual-comb hyperspectral imaging technique will work well with these new room-temperature laser sources, which could then open many more uses.

"Terahertz hyperspectral imaging with dual chip-scale combs" by Lukasz A. Sterczewski, Jonas Westberg, Yang Yang, David Burghoff, John Reno, Qing Hu and Gerard Wysocki was published in the June issue of the journal Optica (Vol. 6, Issue 6, pp. 766-771, DOI: 10.1364/OPTICA.6.000766). Support for the research was provided in part by the Defense Advanced Research Projects Agency and the U.S. Department of Energy.