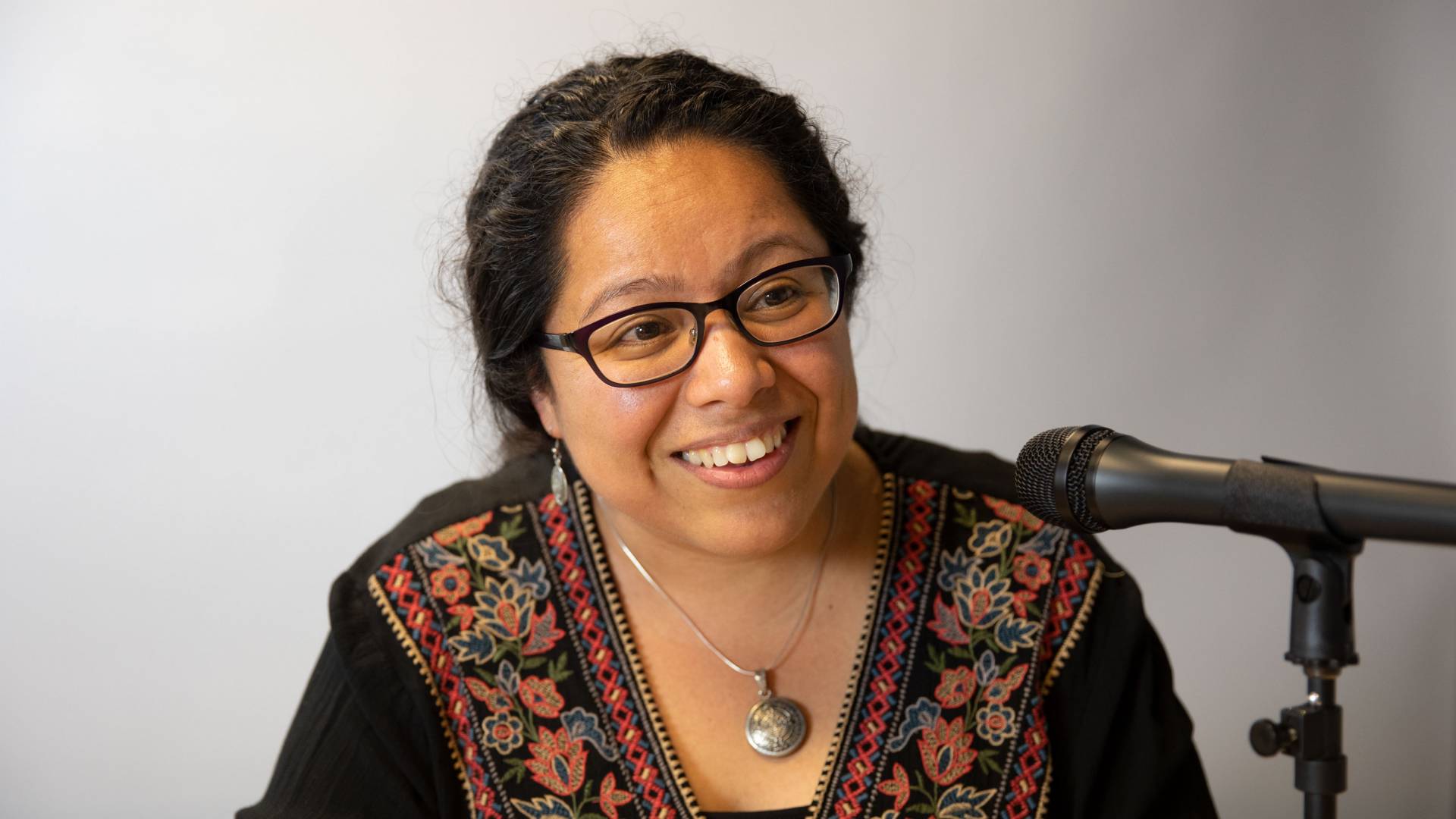 The latest episode of the “She Roars” podcast features Maribel Hernandez Rivera, a 2010 graduate alumna, reflecting on her childhood experience as an undocumented immigrant and now a champion of immigrant rights. She works as district director for Congresswoman Alexandria Ocasio-Cortez after a previous position in the New York City Mayor's Office of Immigrant Affairs.

Maribel attributes her personal success — measured in scholarships from Phillips Exeter Academy, Harvard, Princeton and NYU — to extraordinary luck and exceptional mentors. She also describes achingly difficult family experiences that propelled her towards a career focused on immigrants.

The death of Maribel’s father was a pivotal moment. He was killed in a car accident after driving his son, Maribel’s brother, from Texas to Norfolk, Virginia, where the younger man was shipping out as a newly enlisted member of the U.S. Navy. No witnesses to the accident ever came forward. No hospital or law enforcement official reached out to the family. Maribel, her mother and her siblings learned of the tragedy from the junkyard owner who found her father’s cellphone in the wrecked automobile. Maribel doesn’t know why nobody contacted the address on her father’s driver’s license but she suspects his undocumented status was a factor.