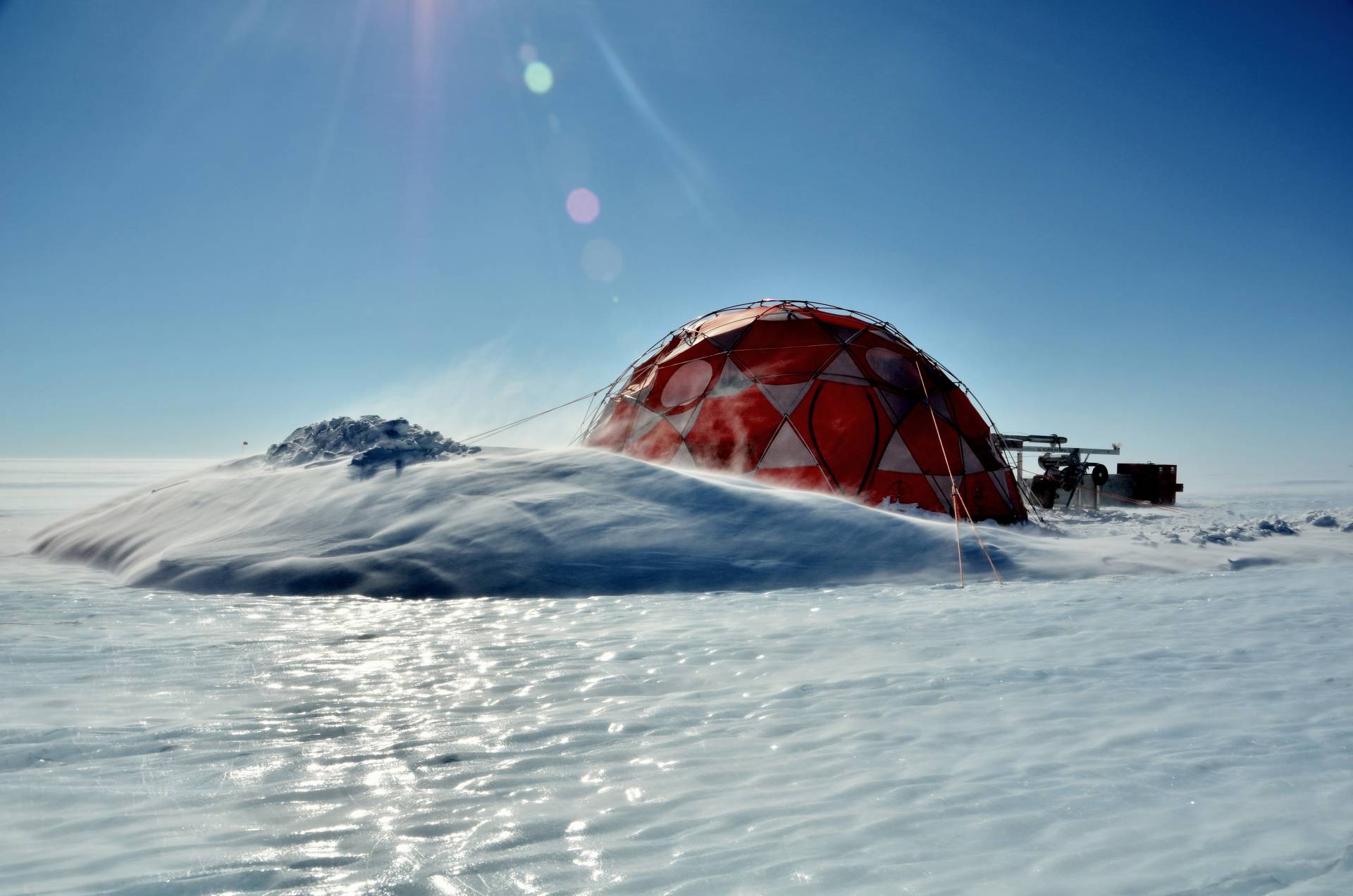 Princeton University-led researchers have extracted 2 million-year-old ice cores from Antarctica — the oldest yet recovered — that provide the first direct observations of prehistoric atmospheric conditions and temperatures. They used data from the ice cores to answer long-held questions about how our current colder, longer glacial cycle emerged.

Princeton University-led researchers have extracted 2 million-year-old ice cores from Antarctica that provide the first direct observations of Earth’s climate at a time when the furred early ancestors of modern humans still roamed.

Gas bubbles trapped in the cores — which are the oldest yet recovered — contain pristine samples of carbon dioxide, methane and other gases that serve as “snapshots” of prehistoric atmospheric conditions and temperatures, the researchers recently reported in the journal Nature. The cores were collected in the remote Allan Hills of Antarctica.

First author Yuzhen Yan, who received his Ph.D. in geosciences from Princeton in 2019, explained that because ice flows and compresses over time, continual ice cores only extend back to 800,000 years ago. The cores he and his co-authors retrieved are like scenes collected from a very long movie that do not show the whole film, but convey the overall plot. 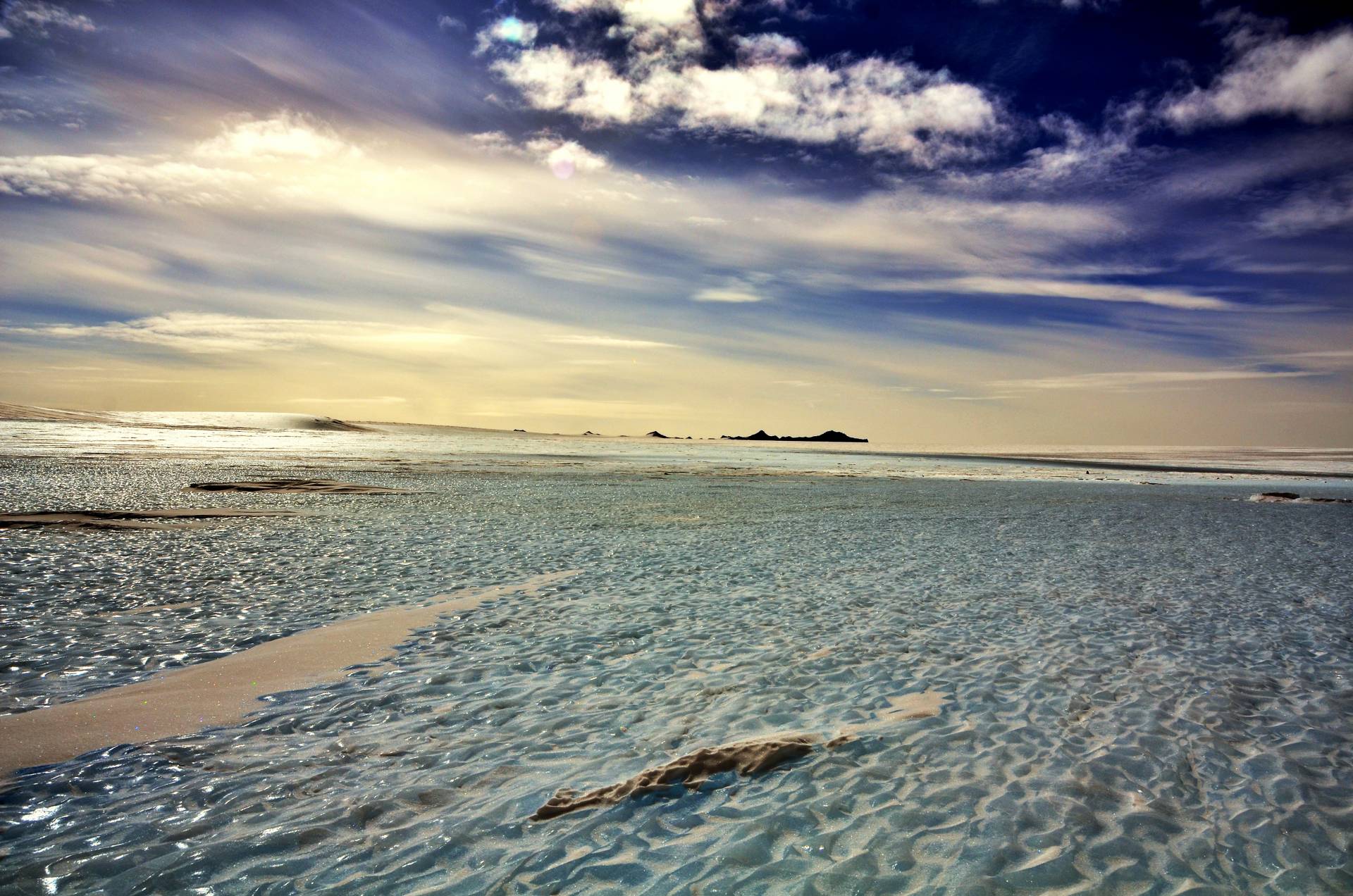 Gas bubbles trapped in the cores contain pristine samples of carbon dioxide, methane and other gases that serve as “snapshots” of the ancient climate. Because ice flows and compresses over time, the cores the researchers retrieved are like scenes collected from a very long movie that do not show the whole film, but convey the overall plot.

“You don’t get a sense of how things changed continually, but you get an idea of big changes over time,” said Yan, whose graduate research on ice cores supported by a 2016 Walbridge Fund Graduate Award for Environmental Research from the Princeton Environmental Institute (PEI) was a basis for the current work.

The ice cores reported in Nature are the latest to come out of the research group of senior author John Higgins, a Princeton associate professor of geosciences, PEI associated faculty and Yan’s doctoral co-adviser. A previous team led by Higgins recovered a 1 million-year-old ice core from the Allan Hills, which was the oldest ice core ever recorded by scientists when it was reported in the journal Proceedings of the National Academy of Sciences in 2015. The cores were dated by measuring isotopes of the gas argon trapped in bubbles in the ice, a technique developed by co-author Michael Bender, Princeton professor of geosciences, emeritus, and PEI associated faculty.

“The ability to measure atmospheric composition directly is one of the biggest advantages of ice cores,” Yan said. “That’s why people spend years and years in the most isolated places getting them.”

In the latest publication, the researchers use data from the ice cores to answer long-held questions about how our current glacial cycle emerged. Up until roughly 1.2 million years ago, Earth’s ice ages consisted of thinner, smaller glaciers that came and went every 40,000 years on average.

Then, after what is known as the Mid-Pleistocene Transition, there emerged our current world characterized by colder and longer glacial cycles of 100,000 years. The two periods are known as the 40k and 100k world, respectively. 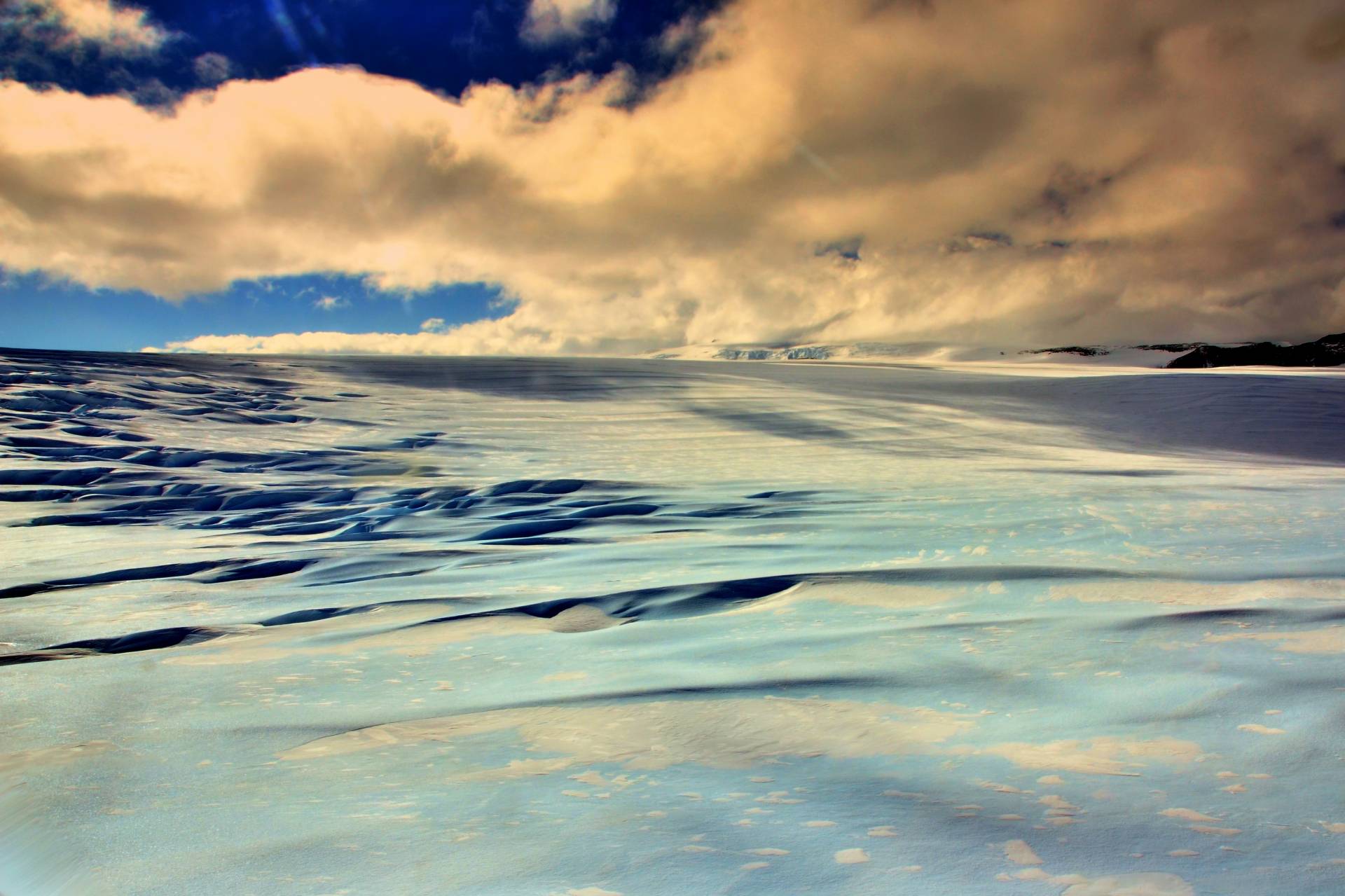 The researchers collected the 2 million-year-old ice cores in the remote Allan Hills, where high winds help create the environmental conditions that draw ancient ice towards the surface. They found that although a long-term decline in atmospheric carbon dioxide did not directly lead to today’s colder glacial cycle, temperature and global ice volume nonetheless tracked carbon dioxide closely.

Some existing theories have stated that the 100k world — which includes the last ice age that ended 11,700 years ago — came about because of a long-term decline in atmospheric carbon dioxide, Yan said. But the researchers found that this was not the case — average carbon dioxide was relatively steady through the 40k and 100k worlds. While the lowest temperatures and carbon dioxide levels of the 40k world were greater than the low points of the 100k world, the highest levels of both ages were similar.

“It could be the case that after the Mid-Pleistocene Transition, something occurred that lowered global glacial temperatures and atmospheric carbon dioxide values,” Yan said. “This is the first time we have direct access to these greenhouse gas measurements. The ice core also opens up an array of new measurement possibilities that can give us insights into the 40k world when glacial cycles were very different from what we have today.”

Although a long-term decline in average atmospheric carbon dioxide may not have directly led to the 100k world, the researchers nonetheless observed a correlation between carbon dioxide and global temperature, Bender said. 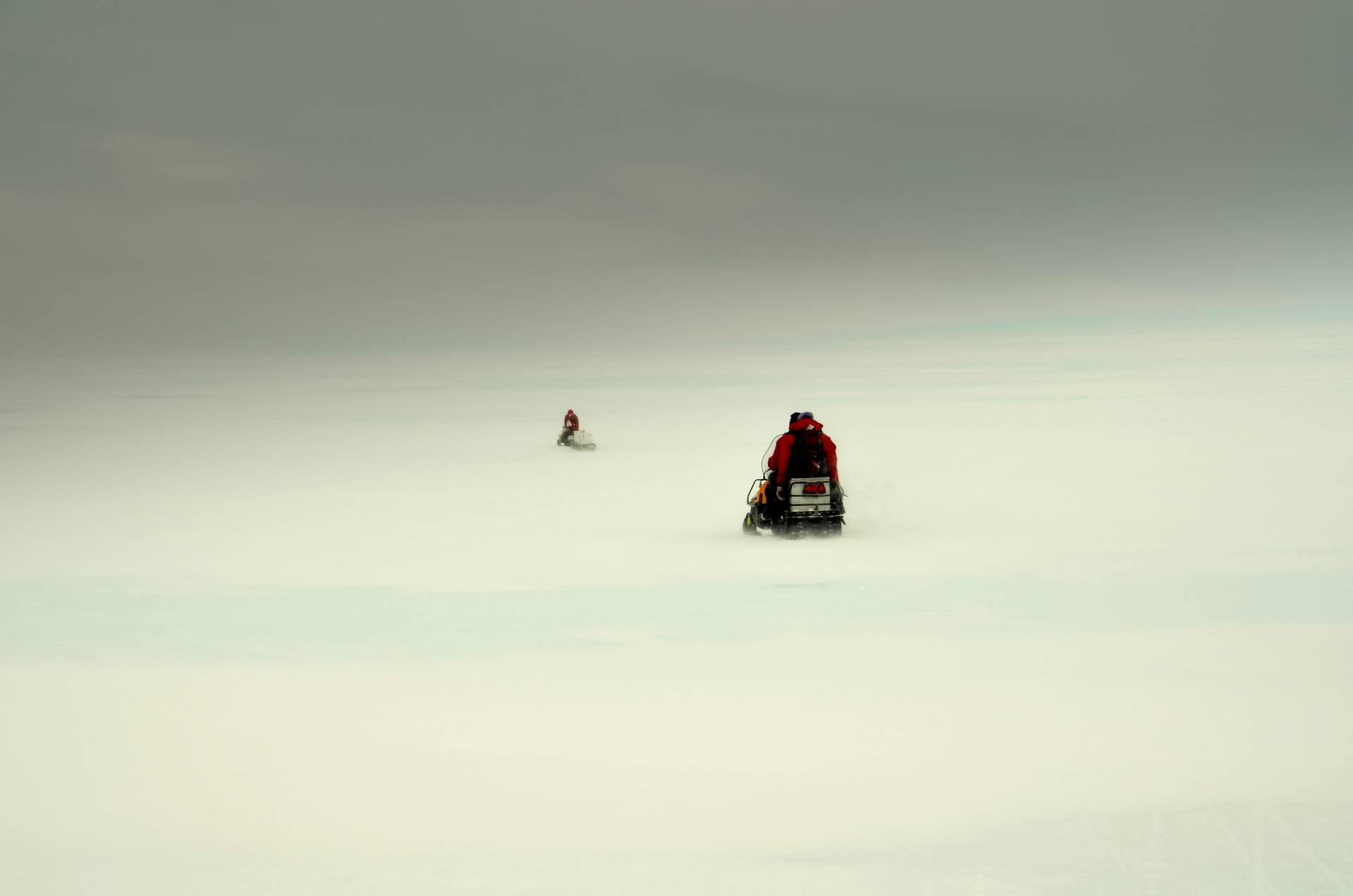 The newly reported cores are the latest to come out of the research group of senior author John Higgins, Princeton associate professor of geosciences. A previous team led by Higgins recovered a 1 million-year-old ice core from the Allan Hills, which was the oldest ever recorded when it was reported in 2015

The amount of carbon dioxide now in the atmosphere tops 400 parts-per-million (ppm), which is nearly 100 ppm higher than the highest levels of the 40k world, Yan said.

“We’re seeing carbon dioxide levels not seen in 2 million years,” Yan said. “While our data suggest that long-term carbon dioxide decline was not the decisive factor in the Mid-Pleistocene Transition, it does not mean that carbon dioxide does not have the capability to bring about global-scale changes.

“We’re in a different situation now — carbon dioxide is the major player in our current world,” he said. “If we want to look into the geologic past for an analogy of what’s going on in our world today, we need to go beyond 2 million years to find it.”

Yan, Higgins and Bender worked on the study in Nature with Preston Cosslett Kemeny, a Hertz Foundation Fellow at the California Institute of Technology who received his bachelor’s degree in geosciences and certificates in environmental studies and planets and life from Princeton in 2015. Co-authors also included Edward Brook at Oregon State University; Heather Clifford, Paul Mayewski and Andrei Kurbatov at the University of Maine; Sean Mackay, a past postdoctoral researcher at Princeton now at Boston University; and Jessica Ng and Jeffrey Severinghaus at the Scripps Institute of Oceanography.

The paper, “Two-million-year-old snapshots of atmospheric gases from Antarctic ice,” was published Oct. 30 in the journal Nature. The work was supported by the National Science Foundation (grants ANT-1443306, ANT-1443276, NSF-0538630 and ANT-0944343, and ANT-1443263), and the PEI Walbridge Fund Graduate Award for Environmental Research project, “Window into the World with 40,000-Year Glacial Cycles from Climate Records in Million Year-Old Ice from Blue Ice Areas in Antarctica.”

Artists Ian Van Coller and Todd Anderson, whose art focuses on environmental issues related to climate change, are accompanying Higgins’ research group on their current excursion to Antarctica’s Allan Hills for a project on the world’s oldest ice. They will be posting photos from the field to their Instagram feeds @ianvancoller and @toddandersonartist.