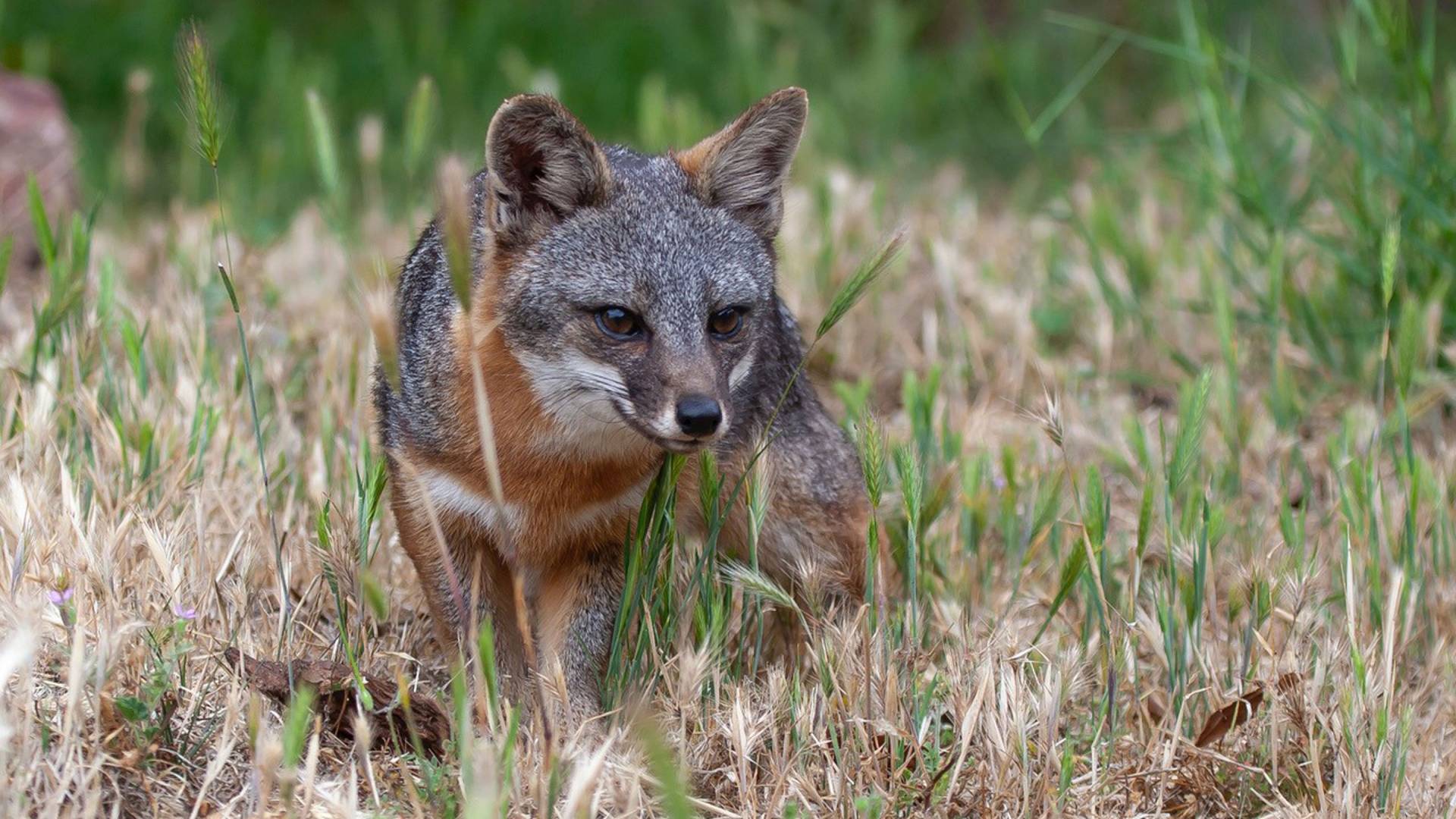 In the threatened Santa Catalina foxes, which live on only one island off the California coast, staph microbes have been linked to cancer, report a team of Princeton researchers.

Can staph microbes lead to cancer?

Microbes are known to affect digestion, mood and overall health, and now Princeton researchers have shown that a shift in the microbiome is linked to cancer — at least in a threatened subspecies of foxes found only on one island off the California coast.

Their research suggests a several-step process: First, the cat-sized Santa Catalina foxes become infested with ear mites, which change the foxes’ microbiome and allow a staph infection to take hold. As Staphylococcus pseudintermedius runs rampant, the antibiotic-resistant infection leads to chronic inflammation of the foxes’ ears. In that environment of inflamed tissue, tumors can flourish. The researchers detailed their findings in the journal Molecular Ecology.

“We were really excited to find such clear results,” said Alexandra DeCandia, the first author on the paper and a graduate student in the lab of Bridgett vonHoldt, an associate professor of ecology and evolutionary biology. “Everything we found — reduced species diversity, shifts in community composition, overabundance of potentially pathogenic species — fit within our expectations.” 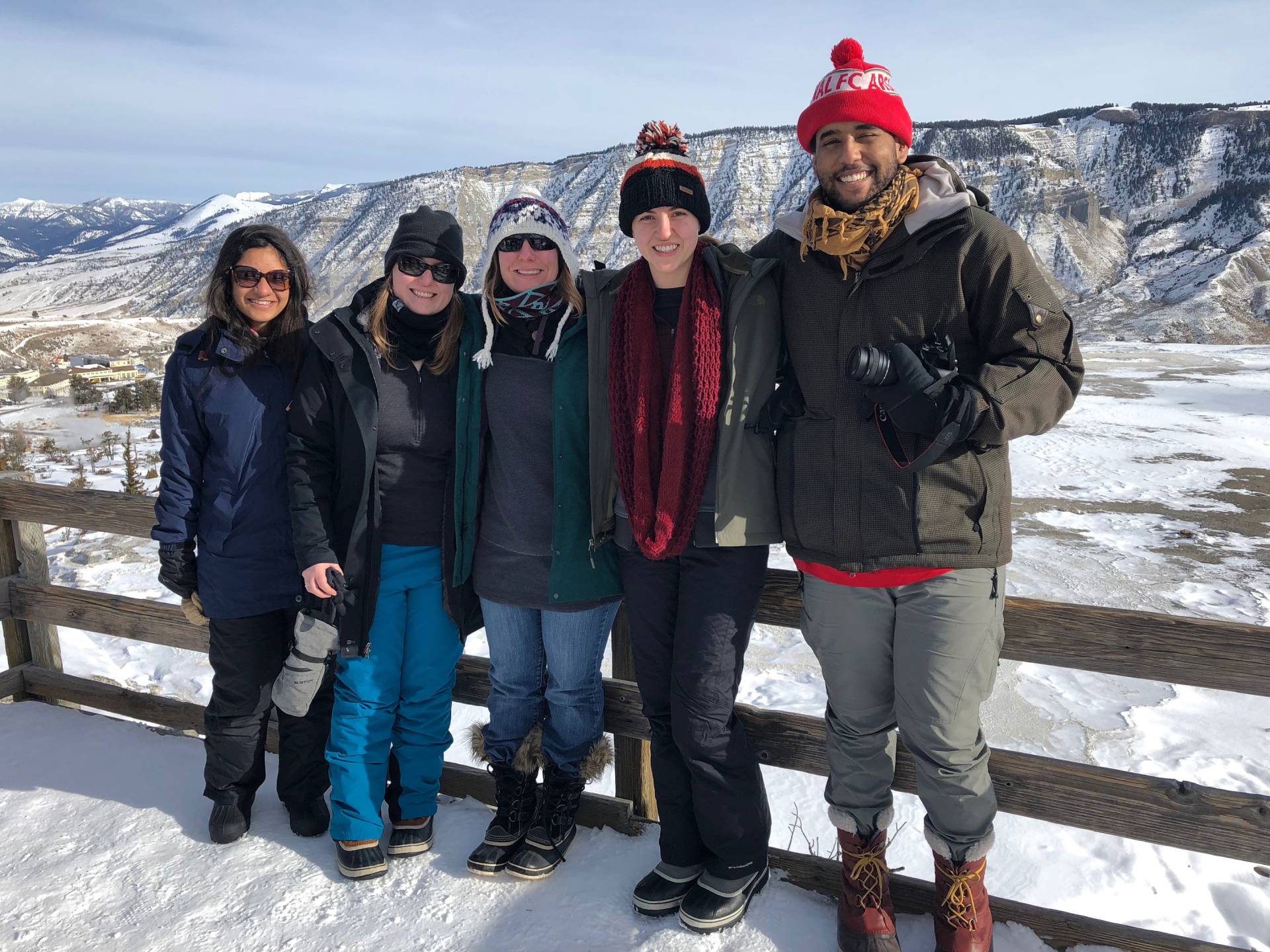 The project started during conservation efforts on Santa Catalina Island, when researchers noticed that roughly half of the adult foxes had tumors growing in their ears. That’s one of the highest tumor rates ever observed in wildlife, prompting immediate follow-up study.

Early work demonstrated a link between ear mite infection and tumor growth. Most researchers theorized that ear mites led to chronic inflammation, ultimately sparking the growth of tumors. DeCandia and vonHoldt’s team wanted to know whether the microbiome also played a role in this system.

That focus on diversity within the microbiome makes their work “an excellent example of where the field is going to move in the future,” said George Amato, the director of conservation genomics at the American Museum of Natural History, who was not involved in this research. “We’ve only recently learned how important the microbiome is to an individual’s health — whether it’s an animal or a human,” he said. “Previously, scientists only examined part of the picture. They certainly weren’t looking at microbiomes — they didn’t even have tools to do it. ... By examining that, we’ve come to understand that a lack of diversity in that microbial community, combined with the genetics of the foxes, best helps us understand not only the threat of this particular disease but other diseases as well. This really is a new paradigm for understanding threats to endangered species.”

The threatened Santa Catalina foxes are one of six subspecies of Channel Island foxes (Urocyon littoralis) that live on six of the eight Channel Islands off the coast of southern California. Several of the subspecies, including those on Santa Catalina (U. littoralis catalinae), have made impressive rebounds from the brink of extinction — with the result that they are all incredibly similar genetically, nearly clones of each other.

“We typically view genetic diversity as a good and necessary thing,” she said. “It keeps organisms healthy — think of the negative health effects associated with inbreeding — and helps populations survive unexpected changes to their environment. But despite having almost no genetic variation, these foxes exhibit very few signs of poor health or inbreeding depression. That leads us to wonder whether other forms of diversity — such as their resident organisms — become important players in health and immunity. That’s why we focused our study on the microbiome and disease in these foxes.”

The link between microbes and cancers was an unexpected find, DeCandia said. “When we first set out to do this study, we simply wanted to characterize the microbiome across a few different body sites in the foxes. Just as 19th-century naturalists would charge into a new habitat and catalogue species, we originally intended to catalogue microbes. However, after looking at ear canals more closely, we found there was a lot of variation associated with mite infection status. We then pivoted the paper to focus almost entirely on ear canal microbes associated with mite infection!”

With their collaborators from the Catalina Island Conservancy, they swabbed dozens of foxes to collect microbes, then extracted DNA to determine which microbes were present in all of their samples — and in what relative abundances. 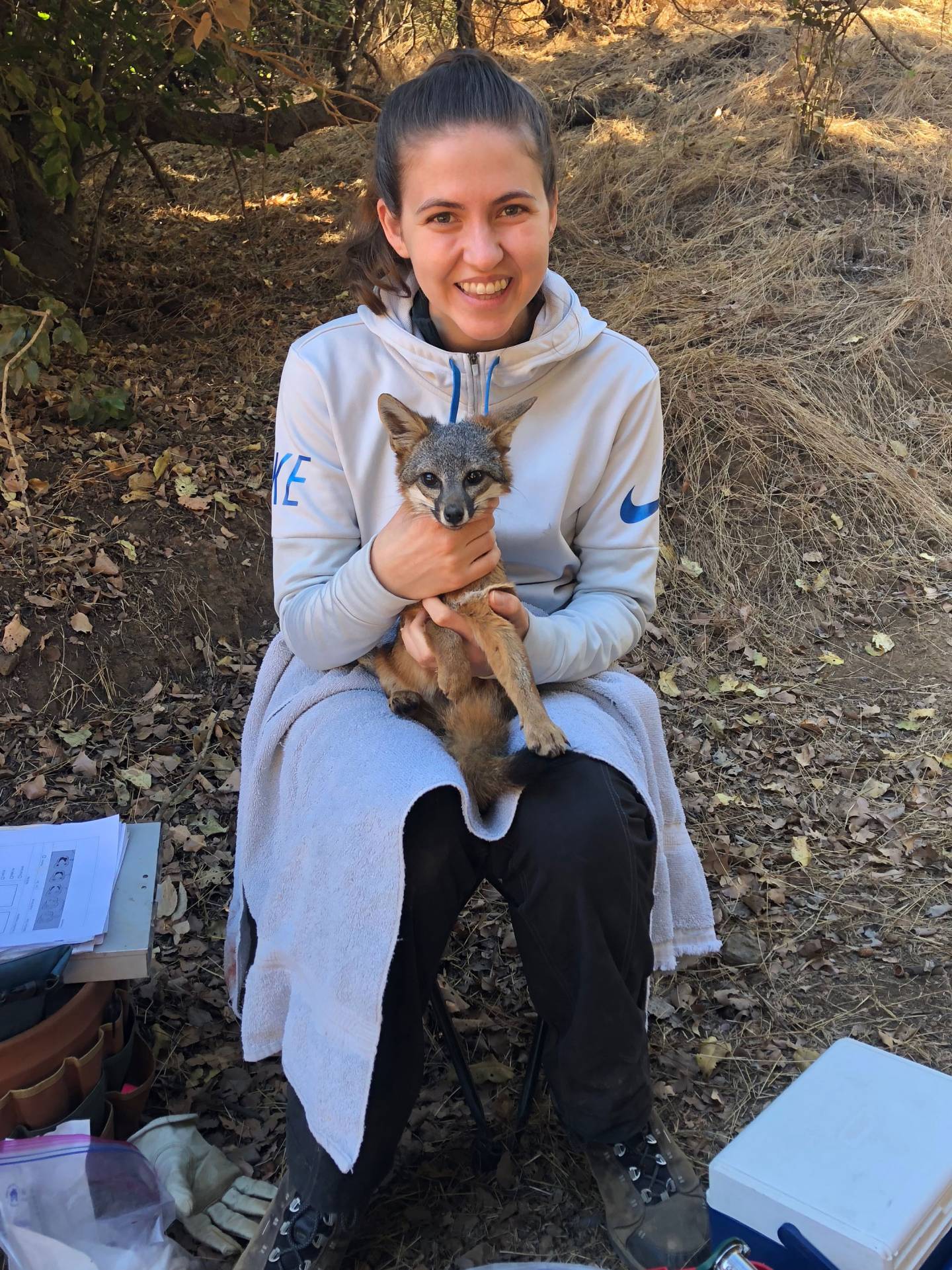 DeCandia holds one of the cat-sized Santa Catalina foxes that was swabbed as part of the Catalina Island Conservancy’s population monitoring efforts. Co-author Lara Brenner had already assessed the health of this fox, collected microbial samples and treated his ear canals with Ivermectin to protect against mite infestations.

They found that mite-infected ear canals had significantly different microbial communities than uninfected ears. Overall species richness was lower, and relative abundance was skewed toward one bacterial species: S. pseudintermedius, which is common on canids (including dogs) and can become an opportunistic pathogen when communities are disrupted — such as by an infestation of mites.

The staph microbe then forms antibiotic-resistant biofilms that are “incredibly difficult” for the immune system to eradicate, said DeCandia. As a result, this strain of staph is linked to chronic inflammation in many species.

The researchers are still trying to clarify the cause and effect relationships — for example, whether the mites bring in the staph microbes or they were present but latent until the mites caused enough structural damage to allow the staph to have a population boom — but the string of correlations is clear: mite infection is linked to a proliferation of S. pseudintermedius, which is linked to the chronic inflammation associated with tumorigenesis.

One major outstanding question is why, of the six Channel Island fox subspecies, only three have mites and only one — the Catalina Island foxes — show significant tumor growth.

The new study reinforces previous research in which members of vonHoldt’s lab, including Kennedy Leverett of the Class of 2020, studied changes in the skin microbiome associated with sarcoptic mange, which is caused by a different species of mite. They looked at coyotes, red foxes and gray foxes and found remarkably consistent signatures of microbial disruption that almost exactly matched the island fox study: Infected individuals had reduced microbiome diversity and higher abundance of S. pseudintermedius.

“Considered together, these two studies suggest that this microbial species is an important player in canid microbiomes and may function in a number of diseases,” DeCandia said.

“Ear mite infection is associated with altered microbial communities in genetically depauperate Santa Catalina Island foxes (Urocyon littoralis catalinae),” by Alexandra L. DeCandia, Lara J. Brenner, Julie L. King and Bridgett M. vonHoldt, was published in the Dec. 10, 2019, issue of Molecular Ecology (DOI: 10.1111/mec.15325). The research was supported by the Theodore Roosevelt Memorial Fund of the American Museum of Natural History and by the Catalina Island Conservancy. This material is based upon work supported by the National Science Foundation Graduate Research Fellowship under Grant No. DGE1656466.