The Jacobus Fellows will be honored at Alumni Day ceremonies Saturday, Feb. 22, at Jadwin Gymnasium.

The fellowships support the students’ final year of study at Princeton and are awarded to one Ph.D. student in each of the four divisions (humanities, social sciences, natural sciences and engineering) whose work has exhibited the highest scholarly excellence. The fellows all plan to pursue academic careers. 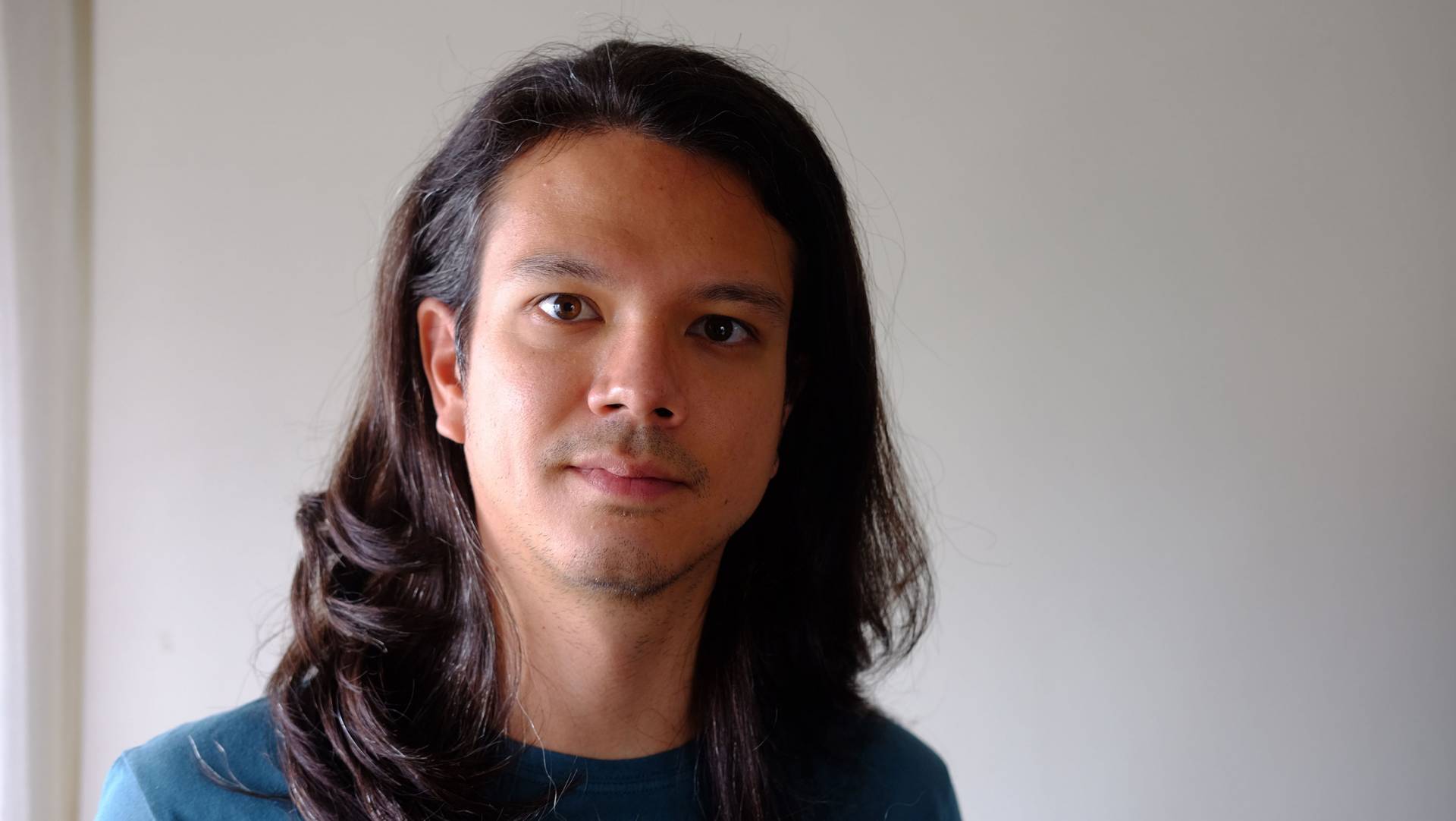 His dissertation, “Argonauts of the Amazon: River Trade and Patronage in the Xingu Basin,” analyzes the economic life of the Iriri River, a tributary of the Amazon, focusing on river traders known locally as “regatões.”

De Aguiar Furuie has spent almost two years in the field studying how these traders facilitate the flow of people and goods down the river at a time when their way of life is threatened by economic forces, habitat destruction and climate change. He also has supplemented his ethnography with original archival research in Germany on the work of the first Western scientist to venture into the Iriri River valley.

“In Brazil, recent reversals of hard-won rights for the peoples of the Amazon rainforest threaten to recreate the same horrors that colonialism wreaked upon the Amazon for centuries,” de Aguiar Furuie said. “The Amazonian landscape is expertly managed by locals who have lived on and managed the land and rivers for centuries. Illuminating local knowledge in a threatened region is important to protecting the area through public advocacy.”

“Vinicius has the rare ability to combine people-centered research with brilliant theoretical work and luminous writing,” said João Biehl, the Susan Dod Brown Professor of Anthropology, director of Brazil LAB and co-director of the Global Health Program. “Committed to the production of critical and actionable knowledge, he interprets his materials in the context of Amazonia’s environmental, political economic and social history, and in dialogue with international scholarship in the natural and social sciences and the humanities. Vinicius’ critically important and trailblazing dissertation will certainly propel him into a stellar and socially meaningful academic career.”

De Aguiar Furuie’s fieldwork was supported by a grant from the Wenner-Gren Foundation. He also received a Walbridge Fund Graduate Award for Environmental Research and the Mary and Randall Hack ’69 Graduate Award from the Princeton Environmental Institute. Furuie was named a Princeton-Brazil Global Health Research Scholar in 2015 and received summer research grants from the Program in Latin American Studies and the Princeton Institute for International and Regional Studies (PIIRS). Last year, he was a Princeton-Humboldt University Exchange Scholar. 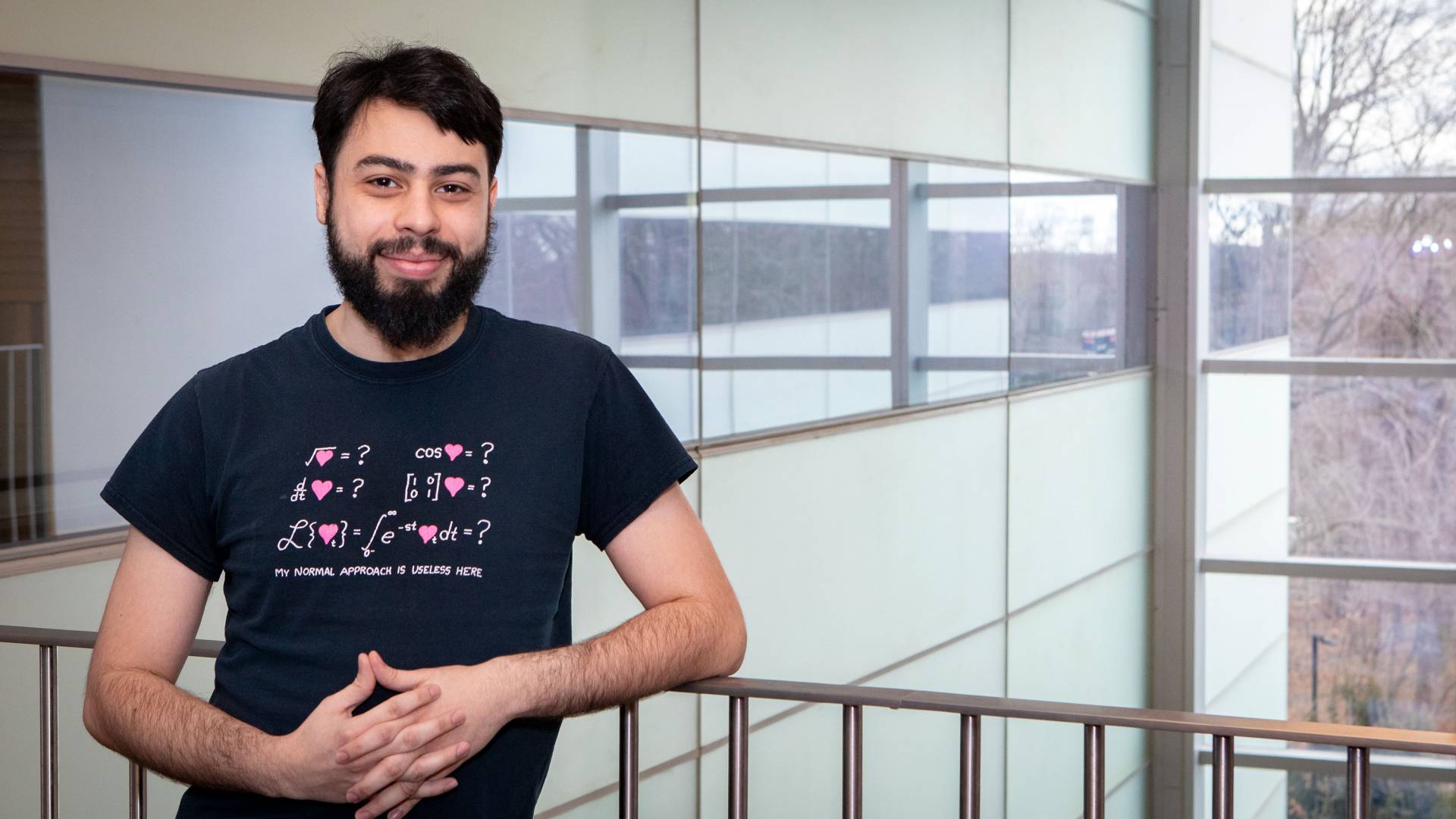 Talmo Pereira, a doctoral student in neuroscience who came to Princeton in 2015, earned a B.S. in bioinformatics and computational biology from the University of Maryland, Baltimore County.

“This work creates a foundation for understanding how behavioral programs are organized and grants insights into how the brain can give rise to complex behavior,” Pereira said. “More broadly, demonstrating the power of these methods will pave the way to quantitative behavior-driven neuroscience, including new avenues for diagnosis of human psychiatric disease.”

For his dissertation research, Pereira received a grant from the Princeton Intellectual Property Accelerator Fund to develop an AI framework for developing a motion-capture tool to track animals’ individual body parts in existing video. Pereira also received a National Science Foundation Graduate Research Fellowship, and he recently completed a research internship at Google AI developing the same style of technology for other applications.

“Talmo was able to apply the latest developments in artificial intelligence and deep learning to the problem of studying animal behavior, and he came up with really novel solutions for being able to track animals and how they move and to do this in an automated fashion,” said Mala Murthy, a professor of neuroscience. “The kind of data you get from this is incredible. There’s almost nothing like it.” 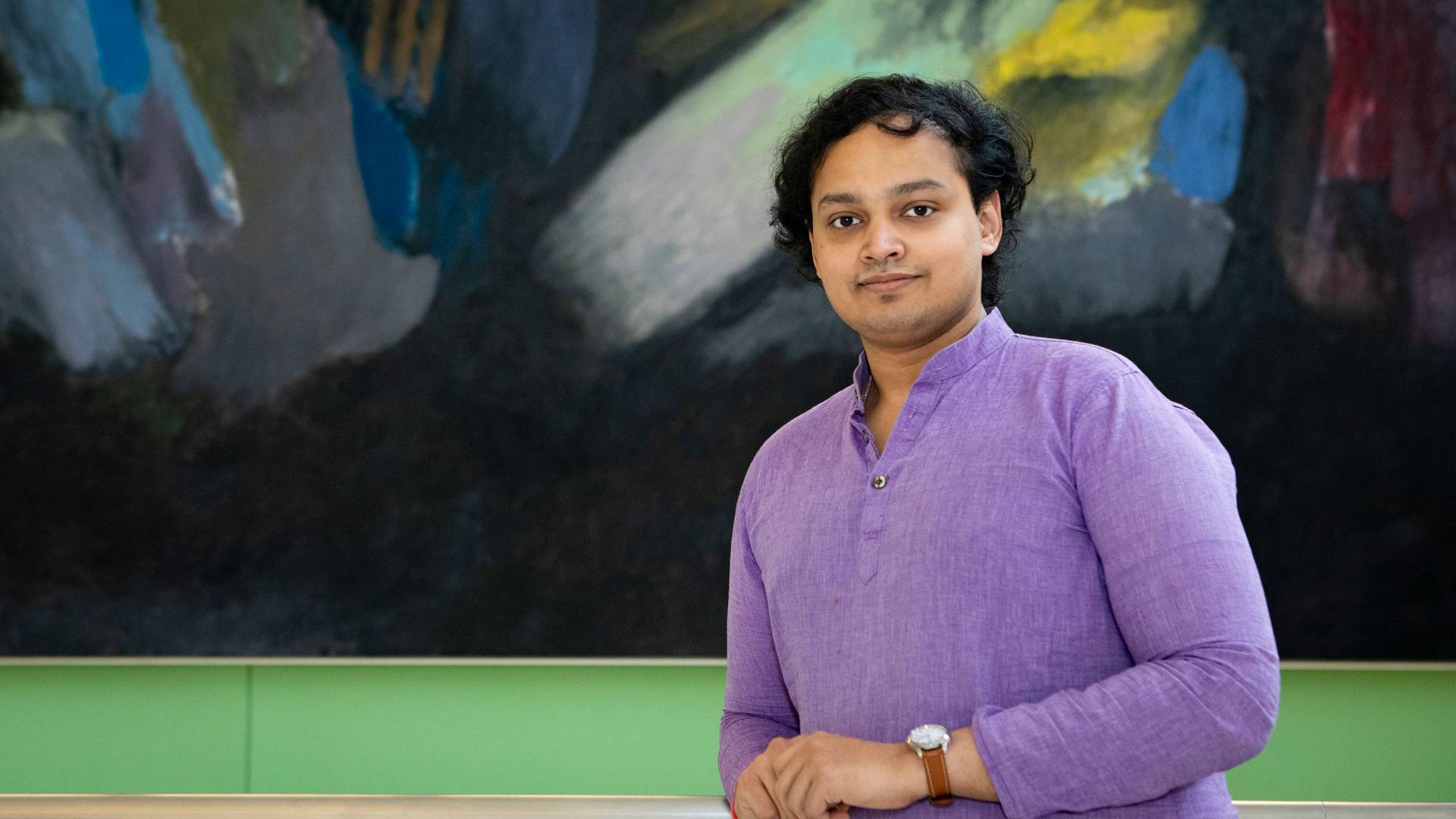 While these algorithms can potentially negotiate challenging tasks thought to be characteristic of human creativity and ingenuity, they are limited in that they require unreasonably large numbers of interactions, excessive amounts of computation, and are limited to tasks with well-defined or easily specified objectives, Singh said.

“The results in my thesis are aimed at designing principled algorithms for Reinforcement Learning addressing these issues with provable guarantees on computational and statistical efficiency, under reasonable assumptions,” Singh said. “Quite often, distilling down a problem to its mathematical essence enables the exchange and inter-operability of techniques and ideas from diverse fields of study. This is a recurring theme in my thesis, which combines tools from control theory, dynamical systems, harmonic analysis and theoretical computer science.”

In 2018, Singh was awarded the SEAS Award for Excellence. He received the Spotlight Prize at the New York Academy of Sciences’ 12th Annual Machine Learning Symposium and the ICML 2017 Travel Award.

During his Ph.D. work, Karan was instrumental in co-founding a new sub-discipline called non-stochastic control, allowing for the development of new methods for control that are more robust, efficient and general than classic methodology, and that has the potential to make a significant difference in applications, especially in robotics, said Elad Hazan, a professor of computer science.

“Karan is a unique student, not only for his research achievements — not many students get to co-found a new sub-discipline — but also in his breadth of knowledge and generous knowledge and idea exchange,” Hazan said. “This allowed him to collaborate across academic institutions (with faculty from the University of Washington), academic levels (mentoring undergraduates), and with academia as well as industry (Karan was a member of In8 Inc., and a founding member of Google AI Princeton). It is truly inspiring to think of his journey from India to his achievements at the forefront of artificial intelligence research.” 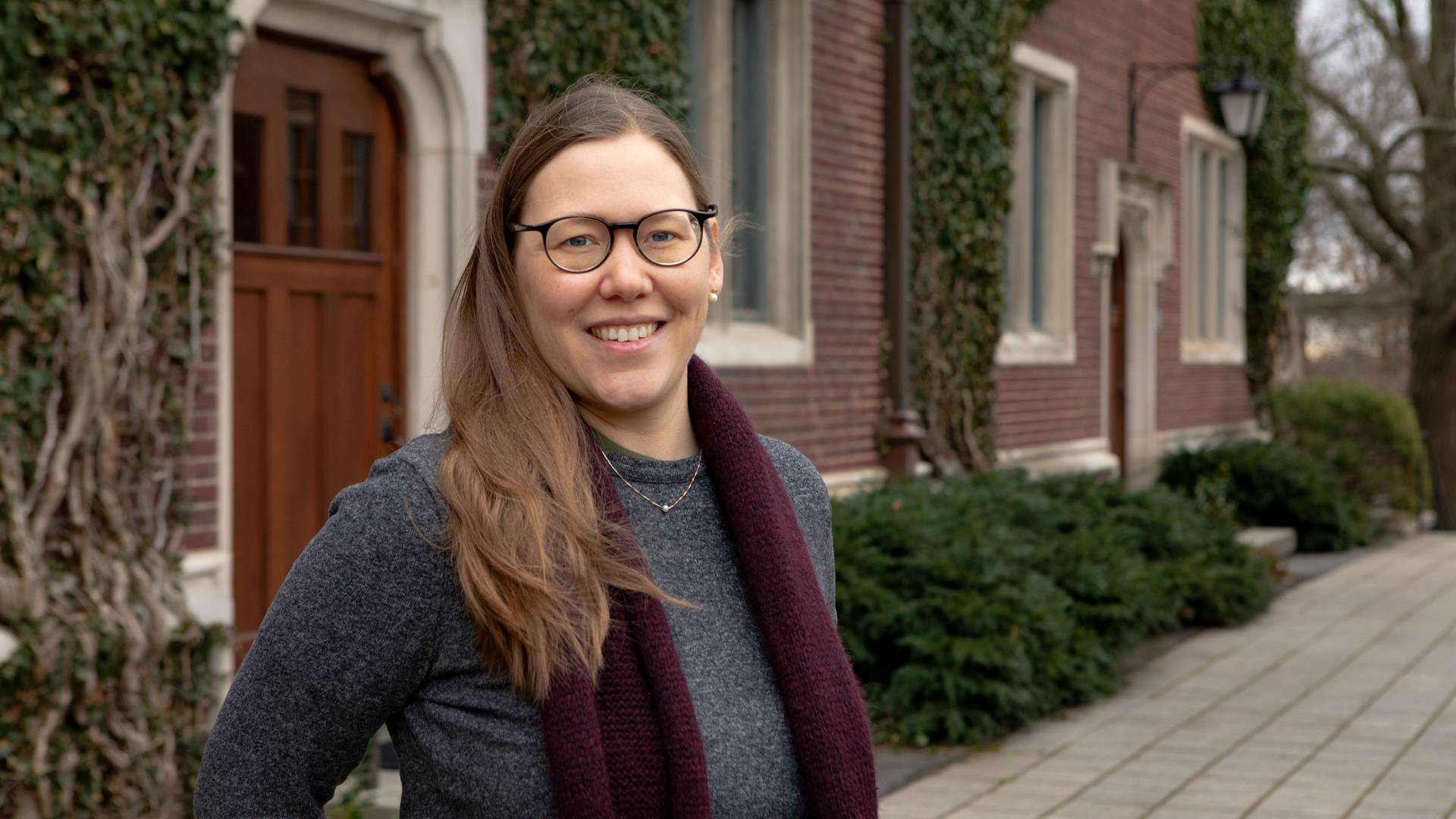 Raissa von Doetinchem de Rande, a doctoral student in religion who came to Princeton in 2014, earned a bachelor of arts in theology from the University of Oxford and an M.A.R. in ethics from Yale Divinity School.

Her dissertation, “The Politics of Fiṭra and the Limits of Contemporary Islamic Ethics,” is a case study in Islamic ethics that seeks to broaden the parameters of the study of religious ethics without distorting Islamic thought in its historical context. Drawing on primary texts in classical Arabic, Greek, Latin and Hebrew, as well as scholarship on ethical theory in English, German, French and Arabic, von Doetinchem de Rande focuses on the medieval reception of the Qur’anic concept of fiṭra — defined as one’s original disposition or innate nature — and its relevance for the present-day study of Islamic ethics.

“My research at the intersection of religious ethics and Islamic philosophy seeks to introduce students to the shared intellectual tradition of Western Europe and the Islamic world,” she said. “My work encourages students to ponder how we can understand others in our present day and to appreciate the common ground as much as the diversity that we find among different communities.”

Von Doetinchem de Rande is the first student in the history of Princeton’s religion department to jointly pursue training in the two subfields “Islam” and “Religion, Ethics, and Politics.”

“Through a case study of different conceptions of human nature, Raissa’s work deftly navigates the complex task of reading medieval Islamic texts on their own terms even as she puts them in conversation with contemporary questions,” said Eric Gregory, a professor of religion. “Few scholars, let alone graduate students, possess the historical, philosophical and linguistic skills to do this important work with the care it demands. She is at the forefront of the academic study of Islamic ethics in ways that contribute greatly to the humanities more broadly.”