“Do not erase.” “Recycle me.” “Free to a good home.” Humans post these signs to indicate whether something has value or not, whether it should be disposed of or not. Inside our cells, a sophisticated recycling system uses its own enzymatic signs to flag certain cells for destruction — and a different set of enzymes can remove those flags.

Changing the balance between those two groups might provide a way to control a dangerous protein called SNAI2 that helps cancers metastasize, said Yibin Kang, Princeton’s Warner-Lambert/Parke-Davis Professor of Molecular Biology, who has spent his career studying the cells and molecules behind metastatic cancers. His team has a pair of papers coming out in next month’s issue of Genes and Development, released online today.

The key is the cell’s recycling system. In 2004, the Nobel Prize was awarded to the three scientists who discovered that the body will shred proteins into tiny pieces after they are tagged with a “recycle me” sign by a molecule called “ubiquitin.” Some scientists refer to ubiquitin as the “kiss of death,” since once a protein has enough ubiquitin tags, that protein is headed on a one-way trip to the shredder — unless another enzyme comes along to remove its “recycle me” sign.

Scientists call these rival teams ubiquitination ligases and deubiquitinases (DUBs). For simplicity, I’ll call them recyclers and dubs: The recyclers run around the body hanging “Recycle me!” signs on any protein that is damaged or has outstayed its welcome, while the dubs pull those signs down.

Unlike New Jersey’s single-stream recycling, cellular recyclers and dubs are remarkably specific, with some 600 recyclers and 100 dubs sharing the work of identifying the cell’s 20,000 proteins. After years of work, Kang’s team succeeded in identifying both the recycler and the dub for SNAI2: enzymes ASB13 and USB20, respectively.

“That specificity gives us another advantage in looking for drug treatments,” said Kang. “If you target this specific enzyme, it’s unlikely to cause side effects on other proteins.”

In both animal models and human breast cancer patients, Kang’s team found that in tumors with a high number of ASB13 recyclers, SNAI2 gets flagged for destruction in a timely way. On the other hand, the more USB20 dubs are around, the more SNAI2 is protected — leaving it to stick around to wreak havoc. 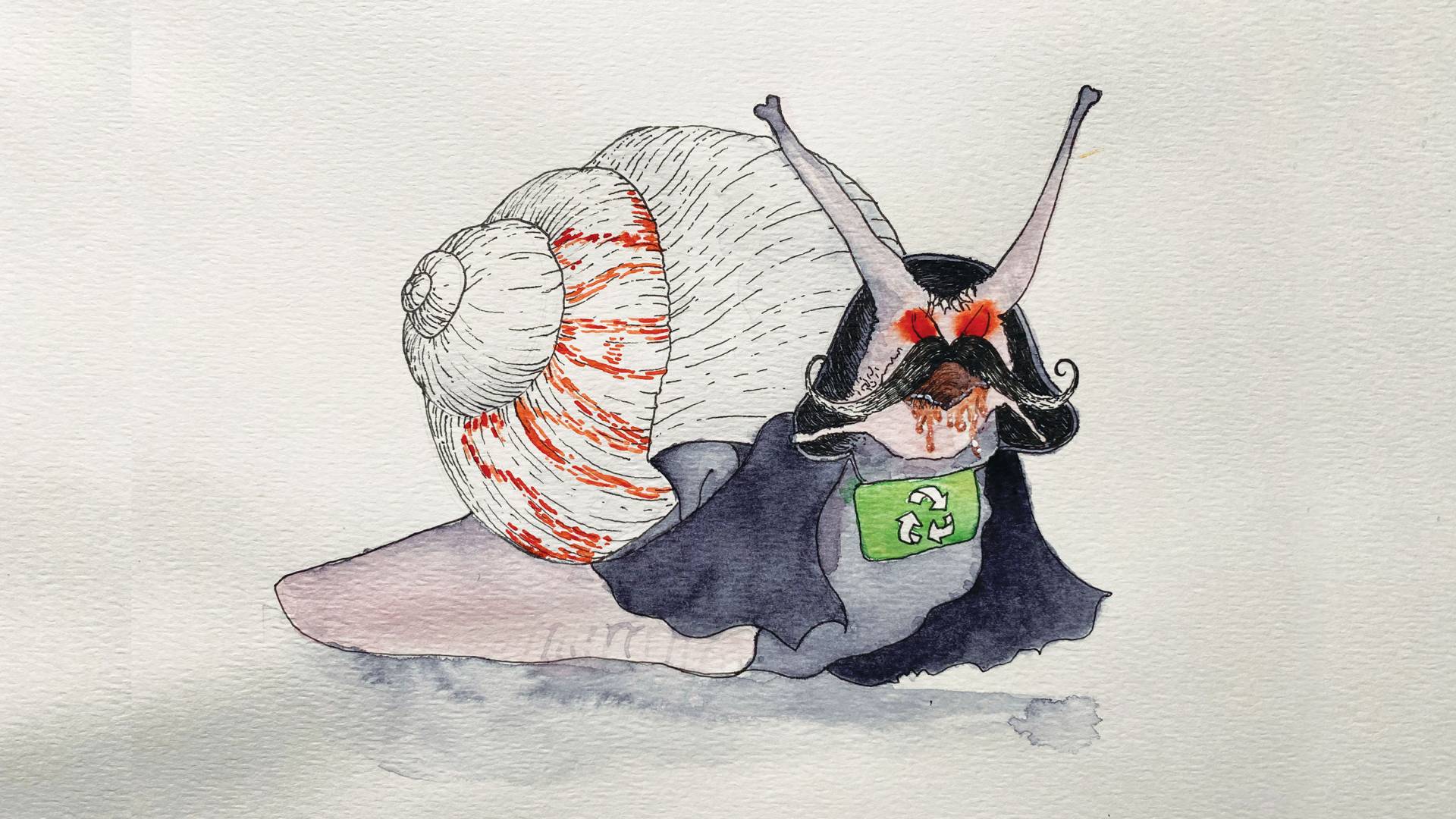 SNAI2 (pronounced snail-too) helps cancers metastasize and hide from treatment, but Kang and his team have found two keys to controlling it: A “recycler” named ASB13 that tags SNAI2 for shredding, and a “dub” named USP20 that removes those tags. While SNAI2 is notoriously hard to attack directly, ASB13 and USP20 are affected by medications, providing a new path to treatment.

What’s so terrible about SNAI2?

SNAI2 weakens the connectors between cell surfaces that stick our cells together, allowing tumor cells to move around the body. In effect, it is a skeleton key, an all-access pass from one organ to another.

SNAI2 is not inherently bad; it plays an important role at key stages of development. But in healthy cells, SNAI2 only turns on for very narrow windows of time, such as during wound repair, when healthy cells need to move in to close the gap. In cancer patients, SNAI2 lingers, allowing cancer cells to use it to metastasize around the body.

In addition to increasing mobility, SNAI2 has two other tricks to help cancer cells: It makes them invisible to the immune system and resistant to chemotherapy.

Most importantly, while SNAI2 is in a family of proteins that are notoriously difficult to target with medications, recyclers and dubs are both vulnerable to drugs.

“This gives us one possibility of attack,” said Kang. “We showed that the recycling system in the cell can control this protein, and now we’ve found the switches in the recycling system that we could utilize to eliminate SNAI2 — the driver of cancer’s aggressiveness —  in potential therapies.”

The lion’s share of the effort to identify recycler ASB13 came from Hanqiu Zheng, first as a postdoctoral researcher in the Kang lab and continuing after he left to be an assistant professor in the Department of Basic Medical Sciences at Tsinghua University’s School of Medicine. The effort to identify dub USP20 was led by then-graduate student Wenyang Li, who finished her Ph.D. in 2017 and is now a postdoctoral fellow jointly appointed to Harvard Medical School and Massachusetts General Hospital, and Minhong Shen, an associate research scholar in the Kang lab. 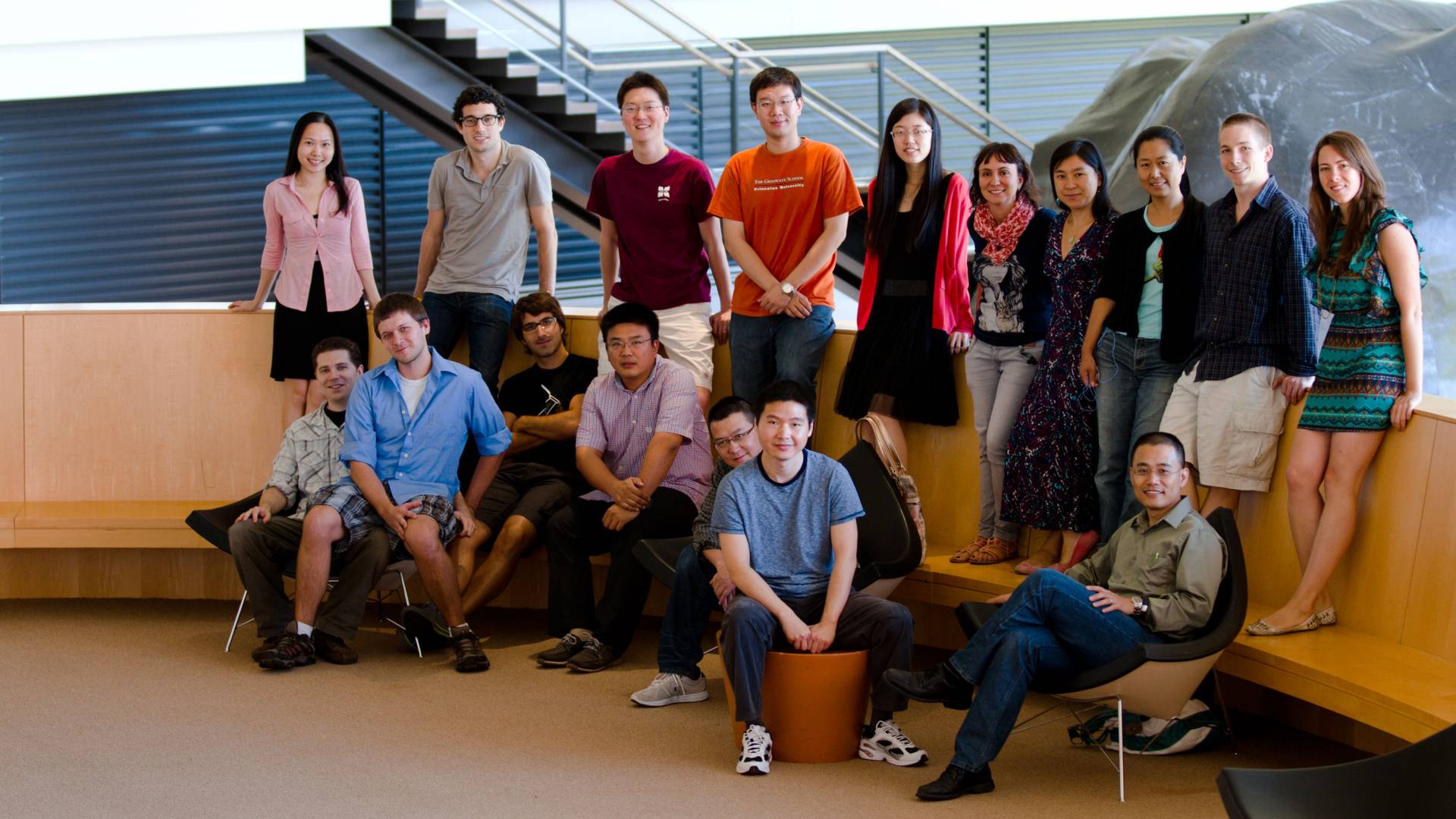 A drug-resistant protein named SNAI2 helps cancers metastasize and shields cancer from both the immune system and chemotherapy. But now Princeton University's Yibin Kang (lower right) and his colleagues have found a way to use the cell's recycling system to control SNAI2, providing a new possibility for treatments. Their findings appear in two new papers in Genes and Development. This 2017 photo of the Kang lab includes two of the studies' key contributors: Hanqiu Zheng (center front, next to Kang) and Wenyang Li (center back, in a red jacket).

“ASB13 inhibits breast cancer metastasis through promoting SNAI2 degradation and relieving its transcriptional repression of YAP,” by Huijuan Fan, Xuxiang Wang, Wenyang Li, Minhong Shen, Yong Wei, Hanqiu Zheng and Yibin Kang, and “Deubiquitinase USP20 promotes breast cancer metastasis by stabilizing SNAI2,” by Wenyang Li, Minhong Shen, Yi-Zhou Jiang, Ruina Zhang, Hanqiu Zheng, Yong Wei, Zhi-Ming Shao and Yibin Kang, both appear in the October issue of Genes and Development, available online Sept. 17. The research was supported by the US Department of Defense (BC123187 to Y.K.), the National Institutes of Health (R01CA141062 to Y.K.), the National Science Foundation of China (81772981 and 81972462 to H.Z.), the Rutgers Cancer Institute of New Jersey (RCINJ) Research Development Award (to Y.K.), the Brewster Foundation, the Breast Cancer Research Foundation, and the Susan G. Komen Foundation (to Y.K.), postdoctoral fellowships from the Susan G. Komen Foundation (PDF17332118 to M.S. and KG111164 to H.Z.),  and from the New Jersey Commission on Cancer Research (DFHS15PPCO21 to M.S.). This research was also supported by the Flow Cytometry Shared Resources of the RCINJ (P30CA072720).