While solar power is a leading form of renewable energy, new research suggests that changes to regional climates brought on by global warming could make areas currently considered ideal for solar power production less viable in the future.

Princeton-based researchers recently published in the journal Nature Communications the first study to assess the day-to-day reliability of solar energy under climate change. The team used satellite data and climate models to project how sunlight reaching the ground would be affected as warmer global temperatures alter the dynamics and consistency of Earth’s atmosphere. 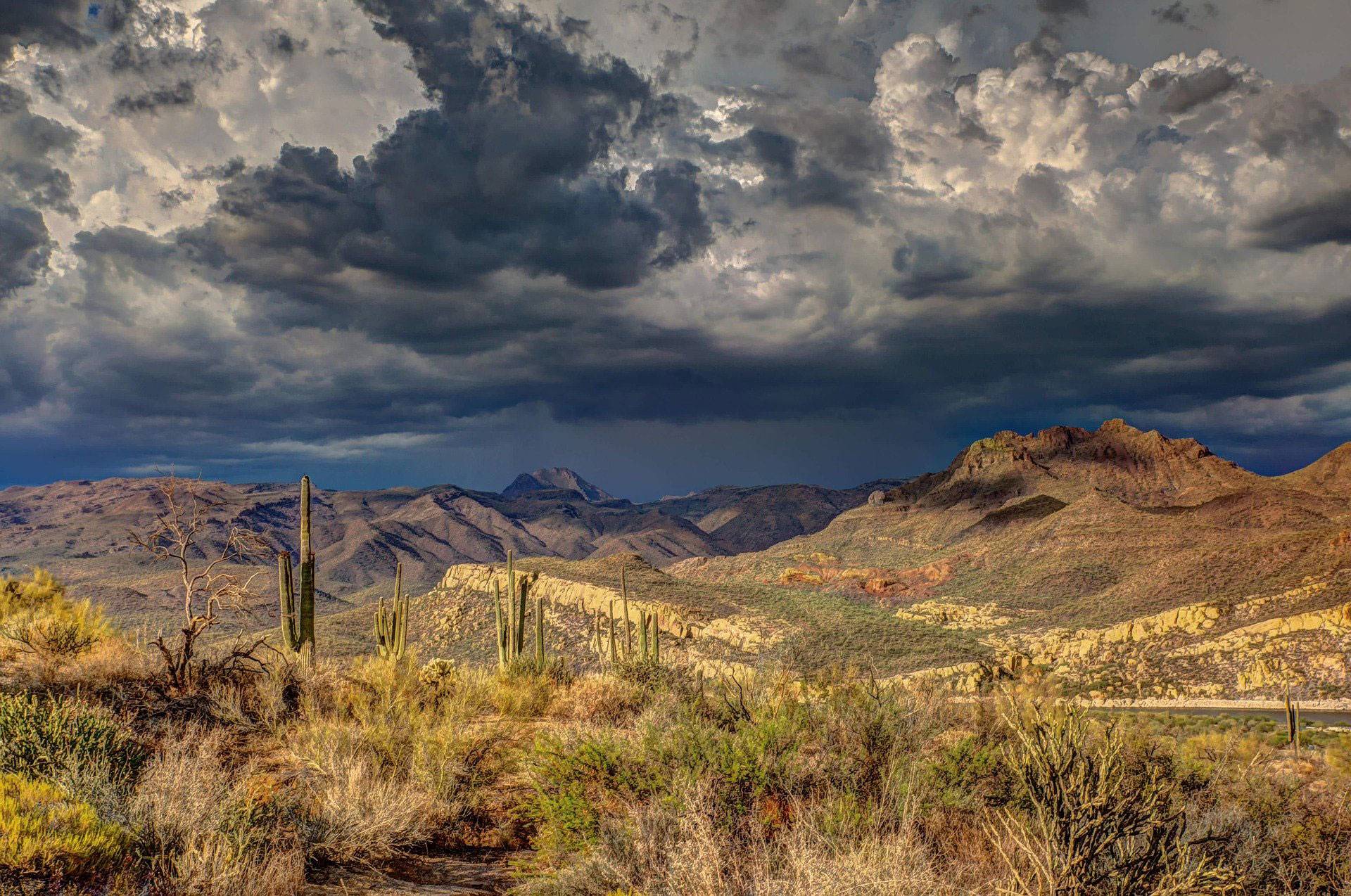 Changes to regional climates brought on by global warming could make it so that areas such as the American Southwest that are currently considered ideal for solar power would be less viable in the future, a Princeton-based study suggests. Higher surface temperatures will lead to more moisture, aerosols and particulates in the atmosphere, which may result in less solar radiation and more cloudy days. The study is the first to assess the day-to-day reliability of solar energy under climate change.

Their study found that higher surface temperatures — and the resulting increase in the amount of moisture, aerosols and particulates in the atmosphere — may result in an overall decrease in solar radiation and an uptick in the number of cloudy days. Hot, arid regions such as the Middle East and the American Southwest — considered among the highest potential producers of solar energy — were most susceptible to greater fluctuations in sunlight, the researchers found.

“Our results could help in designing better solar power plants and optimizing storage while also avoiding the expansion of solar power capacity in areas where sunlight intermittency under future climate conditions may be too high to make solar reliable,” said corresponding author Amilcare Porporato, Princeton’s Thomas J. Wu ’94 Professor of Civil and Environmental Engineering and the Princeton Environmental Institute (PEI). The research was supported by the Carbon Mitigation Initiative based in PEI.

“To use an academic metaphor, in terms of solar power, semiarid places are now like students who get an A nearly every day,” Porporato said. “Now, climate change is disturbing the usual dynamics of the atmosphere and the regularity of the solar radiation reaching the planet’s surface. We tried to quantify how much more often those A’s could become B’s, or even C’s, as a result.” 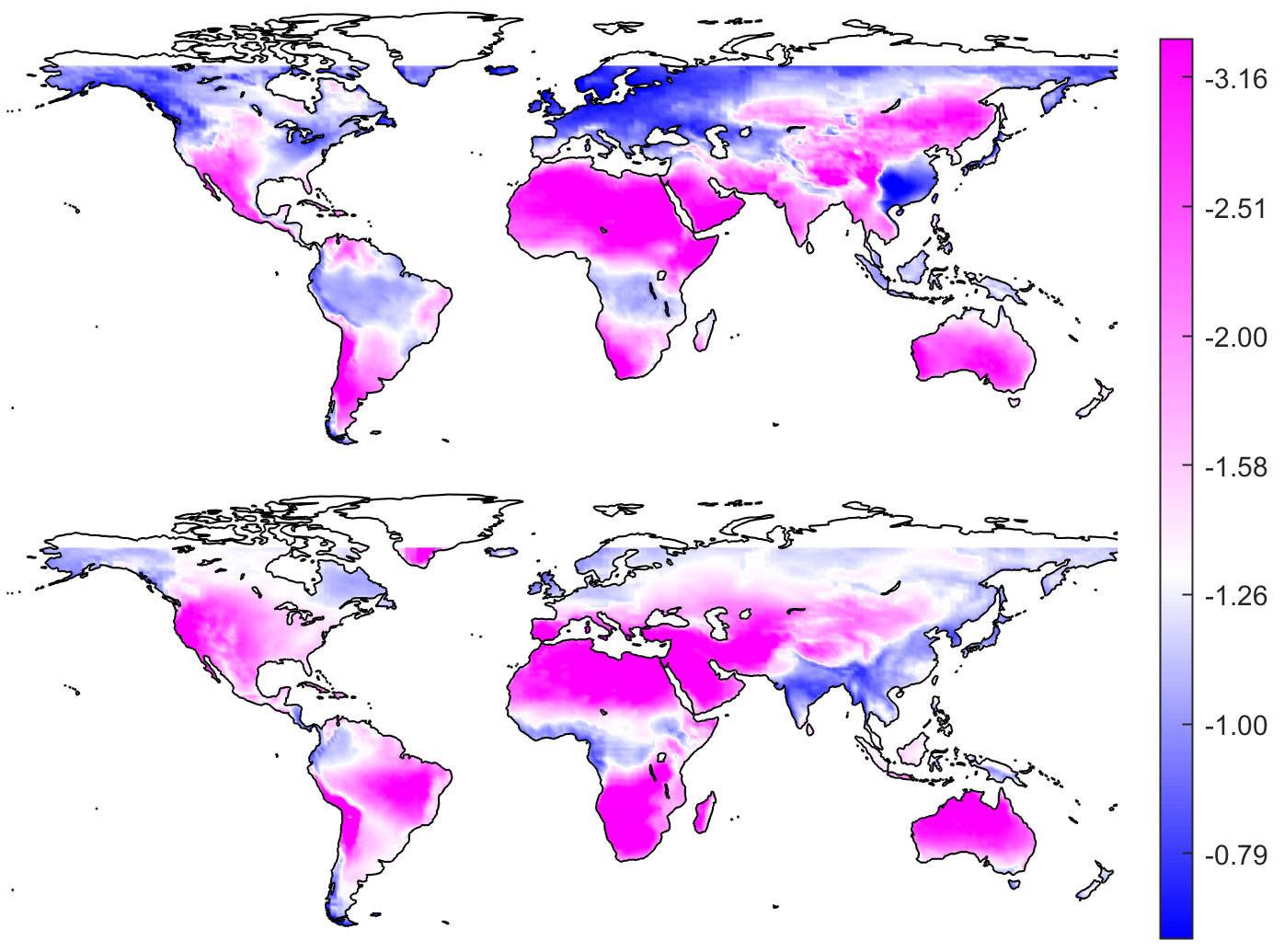 Hot, arid regions may see greater fluctuations in sunlight as the climate changes, the researchers reported. They used satellite data and climate model outputs to evaluate the intermittency of solar radiation and the reliability of photovoltaic energy under future climate conditions. They found that arid areas (pink) were more likely to experience a decrease in average solar radiation — and thus the reliability of solar power — in January (top) and July (bottom).

Existing research on how solar energy will fare in this irregular future has largely focused on average levels of sunlight, said first author Jun Yin, a researcher at Nanjing University of Information Science and Technology who worked on the paper at Princeton as a postdoctoral research associate with Porporato.

“The novelty of our approach was to point out that in some places there is going to be more uncertainty in day-to-day variability,” Yin said. He and Porporato previously reported that climate models underestimate the cooling effect of the daily cloud cycle. They worked on the most recent paper with co-author Annalisa Molini, an associate professor of civil infrastructure and environmental engineering at Khalifa University in the United Arab Emirates.

The researchers’ findings were based on probabilistic calculations similar to those used to determine the risk of flooding or drought. The reduced reliability of solar energy is related to the increased variability of atmospheric moisture and aerosols in some arid regions. Higher temperatures hold more moisture and are more turbulent, which favors the formation of clouds and keeps particles in suspension longer, Porporato said.

“Then there is the issue of soils drying, which may be even more important,” Porporato said. As temperatures and atmospheric turbulence increase in arid regions such as the Middle East, dry soils potentially lead to greater amounts of dust and atmospheric aerosols that would diminish solar radiation. These trends are in fact already detectable in observations from climate-observation networks, Porporato said.

“We hope that policymakers and people in the energy industry can take advantage of this information to more efficiently design and manage photovoltaic facilities,” Yin said.

“Our paper helps identify efficient solutions for different locations where intermittency could occur, but at an acceptable level,” he said. “A variety of technologies such as power storage, or power-operation policies such as smart curtailment, load shaping or geographical dispersion, are promising solutions.”

To follow up on their work, the researchers plan to examine climate persistency — specifically, the number of consecutive sunny or cloudy days — which is important for solar power. They also are exploring how clouds could affect the effectiveness of tree planting as a climate mitigation strategy. Trees absorb not only carbon dioxide but also solar energy, which would raise surface temperatures. A resulting increase in cloud coverage could change current estimates of how effective trees would be in reducing atmospheric carbon.