Each year, the Princeton Environmental Institute (PEI) supports senior-thesis research by students from departments across the University. Tess Jacobson kept within the realm of her physics major for her junior year research paper by examining dark matter-electron scattering. For her senior thesis, however, she turned to climate change. 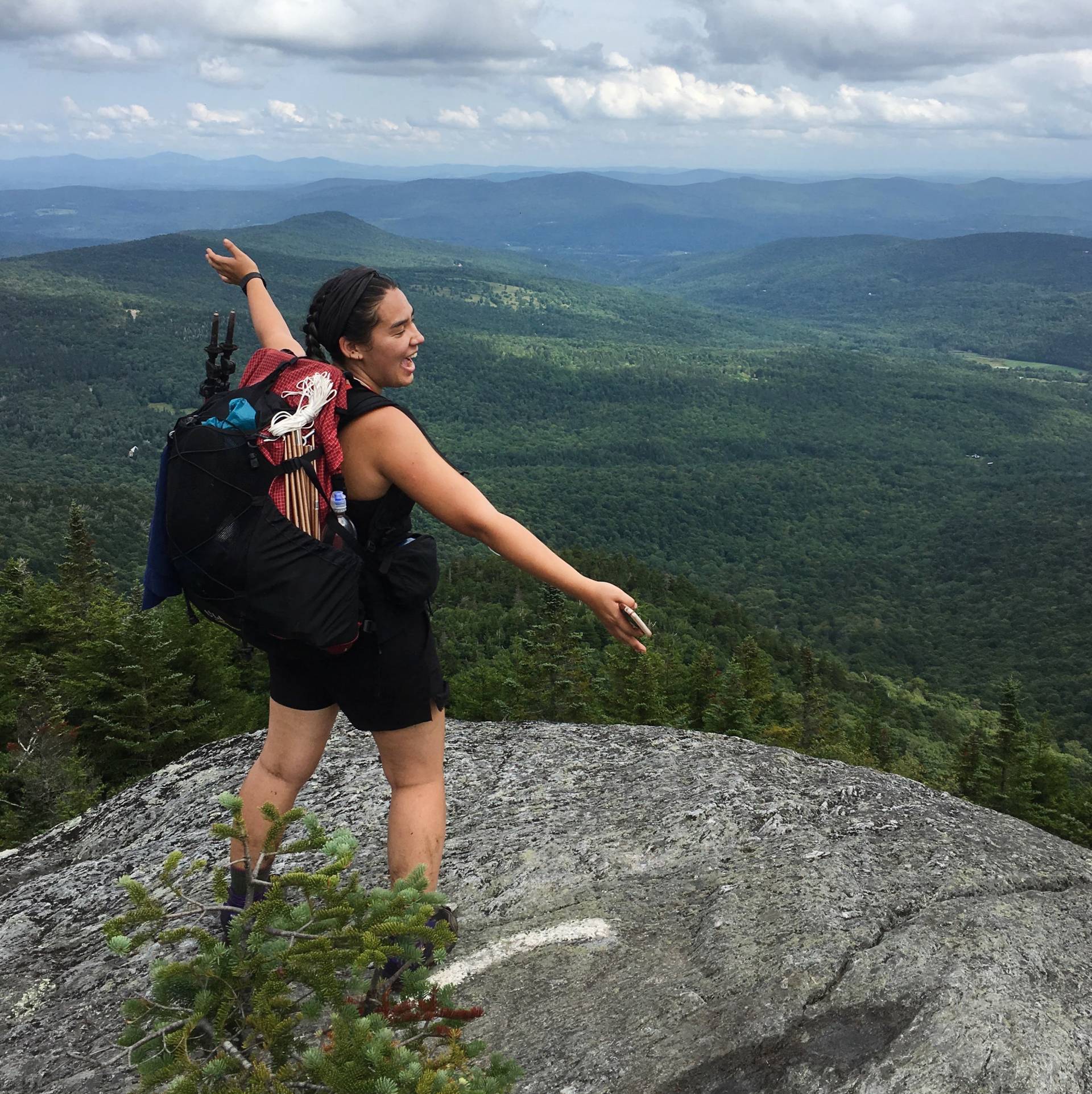 Princeton senior Tess Jacobson, a physics major and environmental studies certificate student, found that volcanoes in the Southern Hemisphere can lead to heavier rainfall in Africa's Sahel and, possibly, more intense hurricanes in the Atlantic Ocean.

“I wanted to get my hands on current issues, and climate change feels incredibly urgent to me,” said Jacobson, who will graduate on June 4.

As a PEI summer intern in 2017, Jacobson worked with Gabriel Vecchi, professor of geosciences and the Princeton Environmental Institute, to understand how and why atmospheric warming projections differ between climate models. The year before, she took Vecchi’s course, “Introduction to Ocean Physics for Climate,” and found that it “fit very well with everything I’d been doing in physics and mathematics,” Jacobson said.

For her senior thesis, Jacobson worked with Vecchi as her adviser to investigate the influence of volcanic eruptions on the amount of rainfall that the Sahel — the semi-arid region of Africa south of the Sahara Desert — receives during the West African monsoon in summer and early autumn. Her research during summer 2018 was supported by a 2018 PEI Environmental Scholar award.

Existing research has linked heavy precipitation in the Sahel to more intense hurricanes. Volcanic eruptions launch fine sulfate particulates into the stratosphere where they are the most effective natural regulator of solar radiation, a process known as radiative forcing. When Mount Pinatubo in the Philippines erupted in 1991, the global temperature was cooler by a half-degree for almost two years, Jacobson said.

Jacobson examined how rainfall over the Sahel would be affected by the distribution of volcanic aerosols in the stratosphere using the Forecast-Oriented Low Ocean Resolution (FLOR) climate model developed at the NOAA Geophysical Fluid Dynamics Laboratory on Princeton’s Forrestal Campus, which is being run on Princeton’s new TIGER supercomputer.

She drew from data from the eruptions of Pinatubo, Guatemala’s Santa María Volcano in 1902, and Indonesia’s Mount Agung in 1963. Pinatubo represented a “symmetric” eruption in which sulfates spread relatively evenly between the Northern and Southern Hemispheres. Santa María and Mount Agung were “asymmetric” eruptions with particulates concentrating in the Northern or Southern Hemisphere, respectively.

Jacobson found that the Sahel experiences less rainfall when volcanic radiative forcing is stronger in the Northern Hemisphere, as with Santa María. When volcanic aerosols are concentrated in the Southern Hemisphere, as with Mount Agung, the Sahel receives heavier rain, possibly resulting in more severe hurricanes, Jacobson said. Symmetric eruptions result in seasonal variations in rainfall.

To place the results in a broader context, Jacobson analyzed experiments from the National Center for Atmospheric Research's Last Millennium Ensemble model using data from 46 large volcanic eruptions dating back to the year 850. She found results consistent with her research from FLOR.

“Volcanoes serve as a natural experiment to test our understanding of how radiative forcing changes such as greenhouse warming affect climate,” Vecchi said. “The fundamentally different responses Tess found provide a framework with which to interpret past and future changes in climate from volcanoes.”

Jacobson brought to her work a “strong fundamental background in physics and mathematics, the key building blocks of climate science,” Vecchi said.

“Tess readily grasped relatively complex theoretical constructs and was able to weave them into her analysis of climate model output. She paired that with creativity and diligence to produce a very thorough thesis,” he said. “I have continually been struck by her ability to bring together complex climate model results with more fundamental theoretical constructs to build a deep view of the response of the climate to forcing.”

“All of the climate mechanisms I studied are physical mechanisms,” Jacobson said. “When I’m explaining my results, I’m going back to fundamental models of thermodynamics and how moisture behaves in the atmosphere. I found it satisfying that everything I had been learning in physics could be applied to this real-world issue.”

Her results also could apply directly to geoengineering proposals to pump particulates into the stratosphere to mimic radiative forcing, Jacobson said.

“My work links to processes that scientists and governments are thinking of implementing to literally reverse climate change,” she said. “That’s where I situate this work in terms of next steps. I think of it as related to a growing interest in using models to predict the effects of geoengineering.”

For instance, Jacobson continued, “if we decide to pump aerosols into the atmosphere without eliminating greenhouse gas emissions then stop, the subsequent warming will occur much faster than what has happened during the past 150 years.”