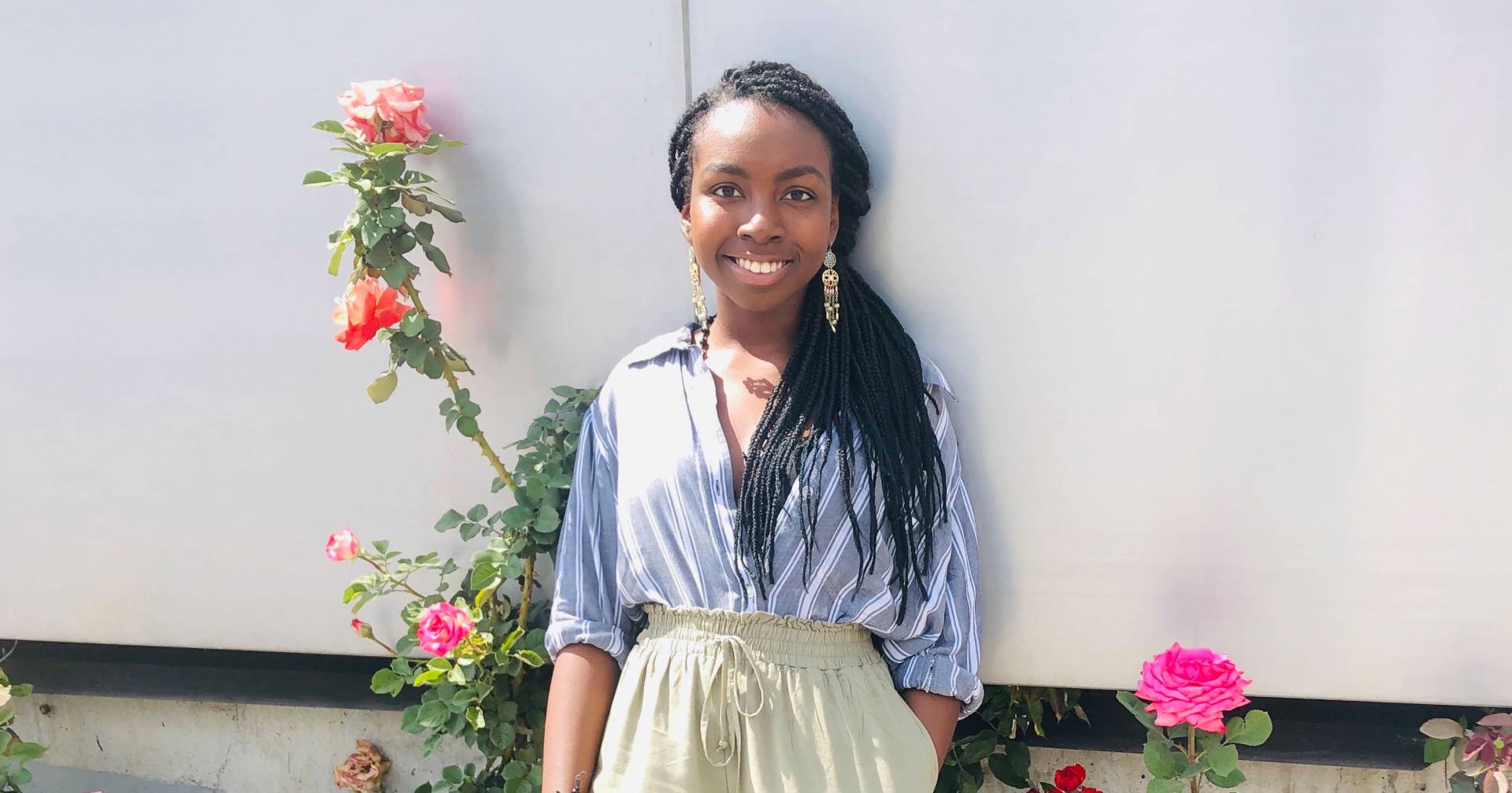 Princeton senior Kiara “KiKi” Gilbert has been named a 2021 Marshall Scholar. The Marshall Scholarship seeks to promote strong relations between the United Kingdom and the United States by offering intellectually distinguished young Americans the opportunity to develop their abilities as future leaders. The scholarship covers the cost of two years of graduate study in the UK at a university of the recipient’s choice.

Gilbert, a resident of Charlotte, North Carolina, is one of 46 awardees for 2021. An African American studies concentrator who is completing a certificate in humanistic studies, Gilbert will pursue an MPhil in criticism and culture at the University of Cambridge and an MPhil in political thought and intellectual theory at SOAS University of London.

She plans to use her degrees to follow her deep passion to make both canonical and non-traditional philosophies accessible to marginalized communities.

“I was immensely grateful and more than a little overwhelmed upon receiving confirmation of the Marshall Scholarship,” Gilbert said. “Being first-generation, low-income and a proud student activist, I know that this award comes in the midst of much hardship. I can only hope to use the Marshall and its available resources to further my commitment to justice and equity within disenfranchised communities.”

As a Marshall Scholar, Gilbert said she is excited to directly engage with the legacies of Black British theorists, academics and activists.

“I hope to grow as a race theorist and philosopher, and to further entrench myself within political philosophy,” she said. “I'm also excited to engage in British movements for racial justice and prison abolition, as I know these are conversations unfolding globally.”

Gilbert’s academic study, research and leadership already have drawn her meaningfully into practical and philosophical questions about racial, social and economic justice.

Earlier this year, she served as a research associate for the Archival Justice for the Enslaved project, researching, recategorizing and relabeling mishandled archival material dealing with Black-American, British and Afro-Caribbean enslaved populations.

In 2019, she received a Martin A. Dale ‘53 Summer Award and used the opportunity to teach a combination of canonical philosophy and educational accessibility courses between several homeless shelters in her hometown of Charlotte. She was selected to present her project, titled “Unearthing Socrates: Engaging with Philosophies of Homeless Populations,” at the 2020 Harvard Engaged Scholarship and Social Justice Undergraduate Research Conference.

“Kiara is a brilliant undergraduate student who exhibits a remarkable combination of intelligence and public concern,” said Eddie Glaude Jr., the James S. McDonnell Distinguished University Professor, professor of African American studies and chair of the Department of African American Studies. “Her interest in philosophy draws on her personal experiences and intense desire to transform what she rightly sees as an unjust society. The result is this fascinating combination of a quest for philosophical rigor with questions that often animate fields like African American studies. I have been impressed with her since the very first day we met. She stands among the very brightest students I have ever taught.”

Gilbert’s commitment to the betterment of marginalized communities is exemplified by her pursuits on and off Princeton’s campus. She was a two-year trustee board member of America’s Promise Alliance, the largest cross-sector non-profit in the country, advocating on behalf of low-income and housing insecure students. She is also an active student leader at Princeton, serving as a member of the University’s Ad Hoc Committee on Sexual Climate, Culture and Conduct, as well as a member of the Public Safety Community Advisory Committee. Over the years, she has been involved with numerous student movements ranging from “Ban the Box” to protests over the “Double Sights” marker.

Gilbert is a past co-president of Students for Prison Education, Abolition and Reform and a two-time co-chair of the group’s annual conference. She served as co-president of Princeton’s First-Generation Low Income Council and co-chaired the 2019 1vyG Conference, which gathered hundreds of first-generation, low-income students from across the country at Princeton.

As co-director of the Prison Electives Project, Gilbert taught political and ethical philosophy to incarcerated persons. As a first-year student, she organized a Breakout Princeton trip to Trenton, New Jersey, through the John Pace Jr. ’39 Center for Civic Engagement, exploring the city’s gentrification with community partners.

A resident of Mathey College, Gilbert is a member of the Behrman Undergraduate Society of Fellows.

She has been named a KPMG Scholar, National Horatio Alger Scholar, Ron Brown Scholar and a Leadership Enterprise for a Diverse America (LEDA) Scholar.

Gilbert is also a recipient of the Adler Undergraduate Prize in Book Collecting and Future Global Leaders Fellowship.