A new documentary film, “The High Frontier: The Untold Story of Gerard K. O’Neill,” will introduce a new generation to O'Neill, an emeritus Princeton physics professor and inventor who sparked a grassroots movement to build Earth-like habitats in space. (View the trailer.)

O’Neill was best known for his 1977 book, “The High Frontier: Human Colonies in Space,” which detailed how humans can build rotating space habitats in low-Earth orbit using a design he called the “O’Neill Cylinder.” The cylinders were designed to recreate Earth’s gravity and house millions of people for work and play, with the goal of solving the major concerns facing Earth such as hunger, overpopulation, dwindling resources and war. 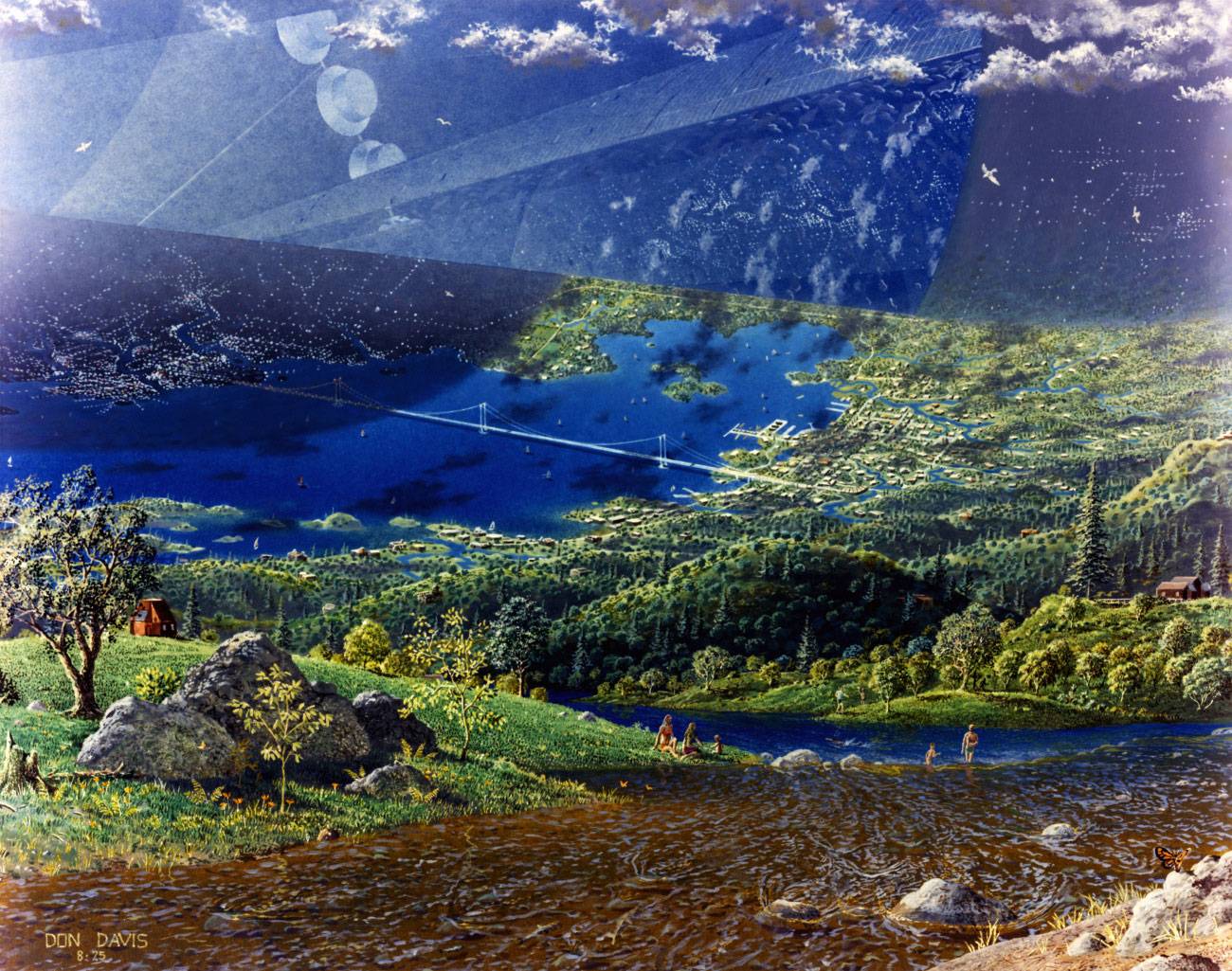 A new documentary explores the life and work of Princeton physics professor and visionary Gerard O’Neill, who sparked a grassroots movement to build Earth-like habitats in space. These orbiting “O’Neill Cylinders,” seen here in an artist's rendering of what a completed cylinder might look like, were designed to recreate Earth’s gravity and house millions of people.

In the documentary, O’Neill’s story unfolds from the perspectives of his peers, family and the younger generation who now lead the modern space industry, including Jeff Bezos of the Class of 1986, who founded Amazon.com and the aerospace company Blue Origin. While at Princeton, Bezos attended O’Neill’s seminars and ran the campus chapter of “Students for the Exploration and Development of Space.” Through Blue Origin, which he has called his “most important work,” Bezos is developing detailed plans to realize O’Neill’s vision.

The documentary shows how O'Neill's book and activism launched the space-habitat movement to the global stage, inspiring a generation of free thinkers and space leaders — and altering the course of the U.S. space industry forever. The film also features Elon Musk, Isaac Asimov, Freeman Dyson (a professor emeritus at the Institute for Advanced Study), Arthur C. Clarke, Johnny Carson, Dan Rather, and many young aerospace engineers and scientists inspired by O’Neill’s work who call themselves “Gerry’s Kids.” 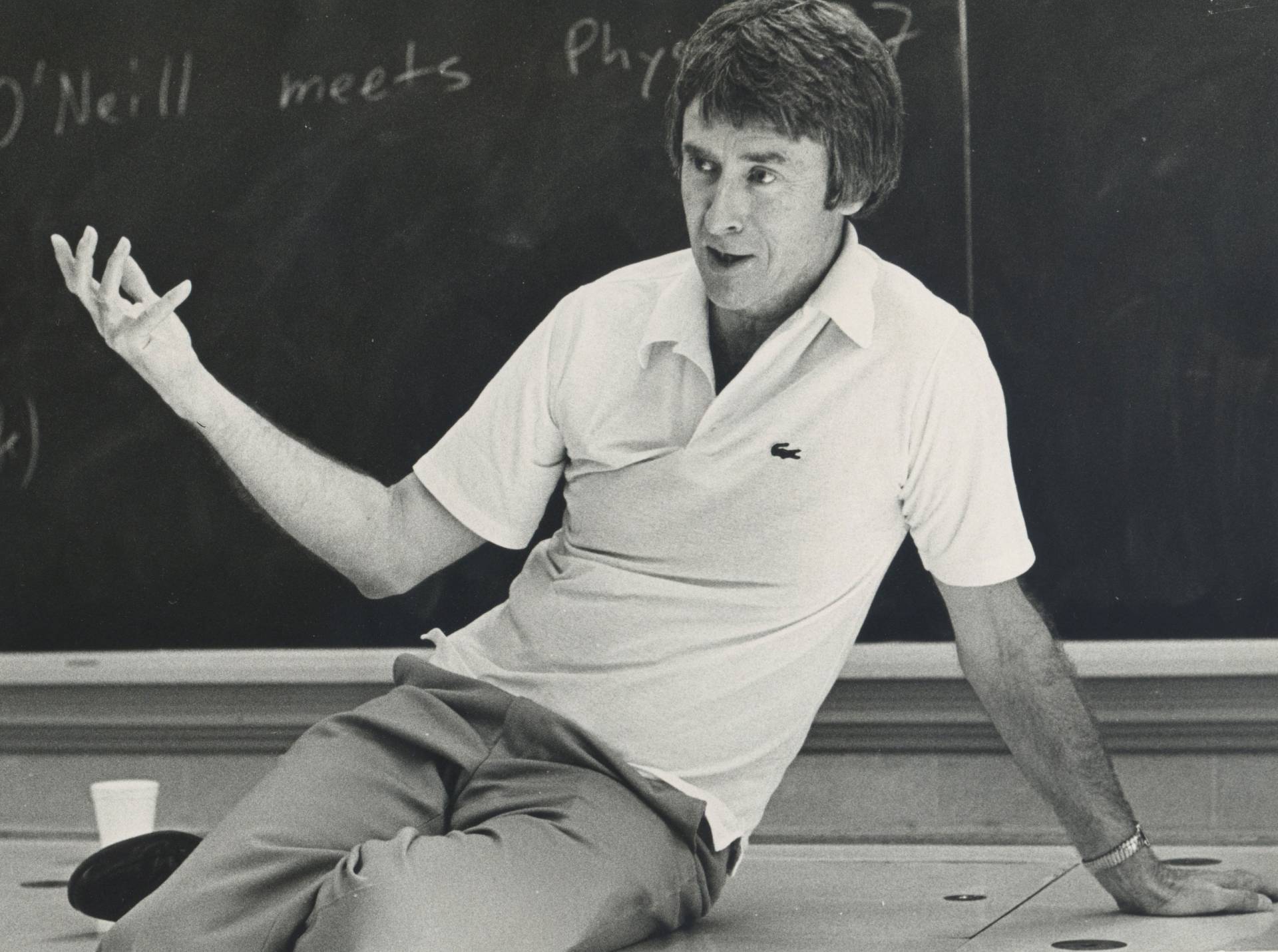 Photo courtesy of the O'Neill Estate

O’Neill first came to Princeton as a physics instructor in 1954, and he was promoted to assistant professor two years later. In 1965 he became a full professor, and when he retired in 1985, he was granted emeritus status, which he held until his death on April 27, 1992.

In 1977, O’Neill and his wife Tasha launched the Space Studies Institute, a nonprofit space and science research organization whose offices remained in Princeton until 2009. During his time at Princeton, O’Neill also hosted a series of Space Manufacturing Conferences, yearly gatherings to spread the word about his space habitat concepts, which drew attendees from all over the country.

The film was written and produced by Will Henry, a longtime Princeton resident. A large portion of the historical footage used in the film comes from University archives, newspapers and TV shows shot on campus. Numerous scenes take place in University classrooms, conference halls and common spaces.

Multiverse Media and Space Channel hosted the global premiere of the documentary April 17, on spacechannel.com, and it was released for on-demand streaming the next day.