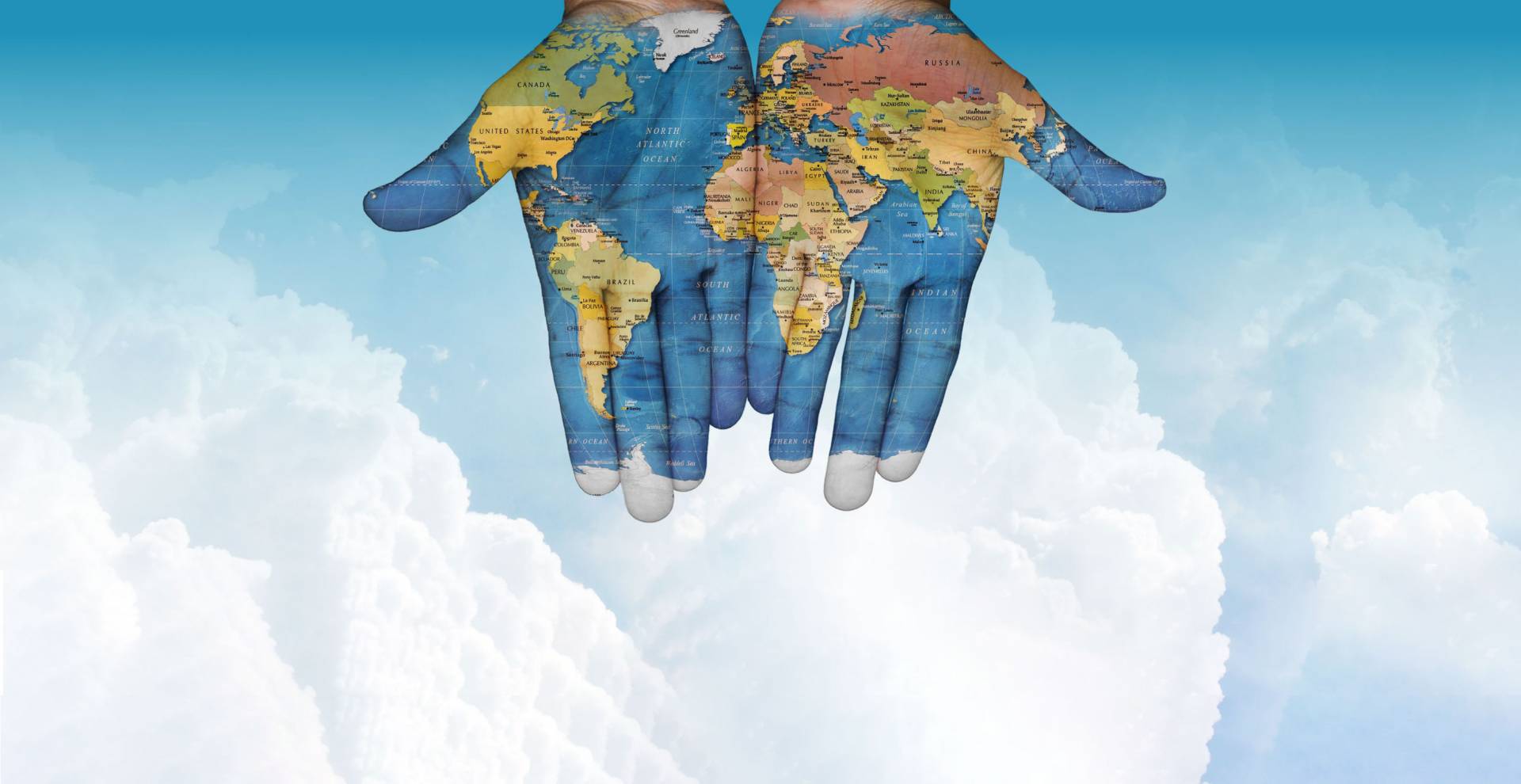 Over 525 participants from 52 countries on six continents attended "Language and Migration: Experience and Memory," a virtual symposium held April 19-May 1 that convened humanists, social scientists, field-workers, policy-makers, artists and writers to think together about migrants as resourceful users, interpreters and creators of language.

Language is a vital, but underexplored, factor in the lives of migrants, immigrants and refugees. It has a direct impact on the experiences and choices of individuals displaced by war, terror or natural disasters. Language justice refers to the right everyone has to communicate in the language in which they feel most comfortable.

Over 525 participants from 52 countries on six continents attended “Language and Migration: Experience and Memory,” an interdisciplinary symposium that convened humanists, social scientists, field-workers, policy-makers, artists and writers to think together about migrants as resourceful users, interpreters and creators of language. The virtual symposium took place Monday, April 19 through Saturday, May 1.

“Language is underexplored when it comes to migration; it doesn’t get articulated as an issue when it’s such a pervasive issue,” said Esther Schor, the Leonard L. Milberg '53 Professor of American Jewish Studies, professor of English and co-director of the Migration Lab at the Princeton Institute for International and Regional Studies (PIIRS). “Seventy million people today are far from home. For every single act of immigration, someone makes a momentous choice.”

“We live in a globalized world, and what could be more important to people who are moving from countries of origin to countries of destination than language?” said Patricia Fernández-Kelly, professor of sociology, associate director of the Program in American Studies and co-director of PIIRS’ Migration Lab. “How people interpret words in different language may be a question of life and death.”

Schor and Fernández-Kelly served as co-organizers of the conference with Humphrey Tonkin, professor emeritus at the University of Hartford and chair of the NGO Committee on Language and Languages at the United Nations. Sam Evans, manager of global initiatives at PIIRS, coordinated plans for both the in-person symposium and the online pivot.

The event featured two keynote speakers. Sarah Dryden-Peterson, associate professor of education at Harvard Graduate School of Education, outlined the symposium’s broad themes in her opening lecture, “Language, Migration, and Education: Threading Past, Present, and Future-Building.” Viet Thanh Nguyen, the Aerol Arnold Professor of English at the University of Southern California and winner of the Pulitzer Prize for “The Sympathizer,” spoke to representation and decolonization in his concluding address.

“When people move, they carry with them all sorts of values; thinking about the migration of ideas is important — which brings in the question of creative writing,” conference co-organizer Tonkin said.

“There are migrations in our personal histories,” said Hemon, who was born in Sarajevo, and visited Chicago in 1992, intending to stay for a few months. While he was in the United States, Sarajevo came under siege, and he was unable to return home.

Speaking of his co-readers, he noted: “All of us, in our work, write about migration. We process migration through language and our bodies. Writing stories about people experiencing migration and language is a different kind of generation of knowledge, a different kind of thinking. It’s to the credit of the symposium it was able to combine scholarly and other approaches.”

‘The urgency of connection’: Reimagining the symposium for the COVID-19 era

“Language and Migration” was originally scheduled for spring 2020 with events planned in two locations — on Princeton’s campus and at the United Nations complex in New York City. When the pandemic upended life, the organizers reimagined the symposium for the COVID-19 era — with some unexpected positive outcomes.

Schor asked participants to pre-record their 15-minute presentations, which were uploaded to a streaming site for viewing before the symposium. At the “live” sessions, panelists spoke for no more than 10 minutes and posed one or two questions for discussion. This format was spearheaded by Lisa McEntee-Atalianis, assistant dean and head of the Department of Applied Linguistics and Communication at Birkbeck College, University of London. She said the result was virtual sessions that “were informed, intense and highly engaging. Threads were drawn between papers within sessions and across them, as presenters and audiences reflected on the material viewed over a matter of days.”

The organizers found two advantages to the virtual format: global participation and a more satisfying exchange among humanists, social scientists and people who work in the fields of education, language policy and language justice. “The urgency of connection after a year of COVID — [I felt] that vibe from everybody,” Schor said.

Fernández-Kelly noted that the vibrant and informative sessions are posted online until June “so that it’s possible for many people in addition to those that registered and attended to benefit from the event.,” she said.

“I think we all benefited from the cross-disciplinary exchange, which not only reinforced but challenged our often-deep-seated sets of assumptions and opened up new and fruitful areas of collaboration and research,” McEntee-Atalianis said.

Bermann, who was the inaugural director of the PIIRS’ Migration Lab, emphasized the message of the conference. “Migration, language and language justice came through in each session, and cumulatively: by the time we got to the last session, it was really powerful,” she said.

The symposium was sponsored by the PIIRS’ Migration Lab and the Study Group for Language and the United Nations. The event received additional support from the Lewis Center for the Arts; the Humanities Council; the departments of English, comparative literature and African American studies; the University Center for Human Values; and the Program in Translation and Intercultural Communication.