In an effort to help the campus community and University visitors better navigate Princeton’s expanding campus, new, accessible map kiosks have been installed at key campus entries, in time for Reunions and Commencement.

As a way of orienting users to Princeton’s campus, each kiosk features detailed maps with identifiable landmarks, such as buildings and works of art. During the University’s busiest times of construction, the kiosks will be updated every four to six months to reflect construction-related closures and reopenings. The kiosks are the first phase of the University’s new campus wayfinding system, which will be rolled out gradually over the next few months.

In order to develop the wayfinding system, Princeton partnered with the global design firm Applied Information Group, which has designed wayfinding systems for cities such as London, Madrid and Rio de Janeiro, and institutions such as the Metropolitan Museum of Art and Central Park.

“One of our priorities in the current generation of campus design is to ensure that all aspects of the Princeton campus are welcome and inviting to visitors and the campus community,” said University Architect Ron McCoy. “We have created a map-based system that identifies every building on campus — a single map system that can be used on all platforms, whether they be kiosks, paper maps handed out by the Office of Admission, or digital maps that will be available online and on mobile devices.” 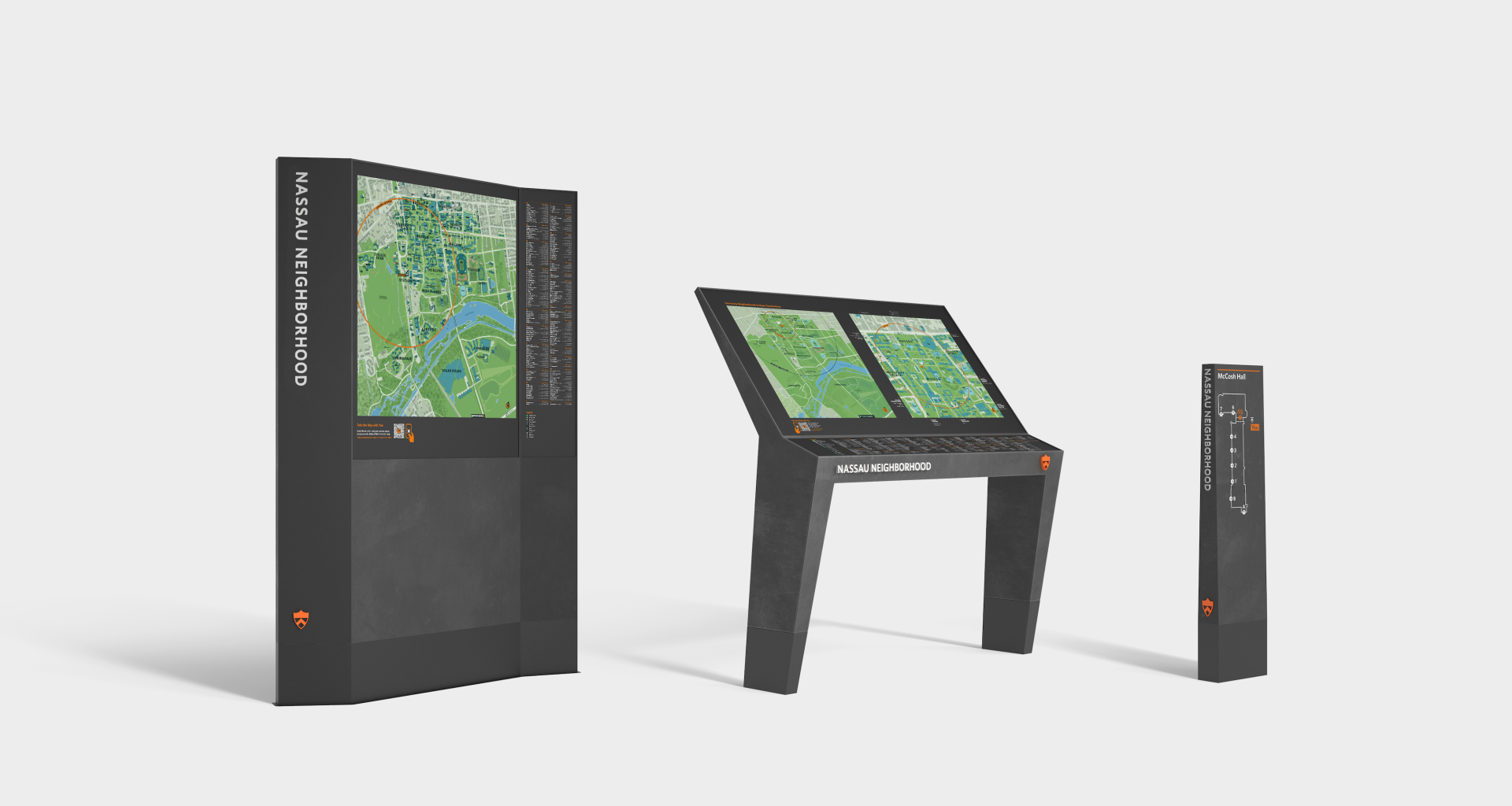 Working with representatives from Campus Life, the Office of Communications, University Services and Nassau Hall, Applied Information and the Facilities team, led by Aaron Feldman and Dan Casey, held multiple naming workshops aimed at ways to make navigating campus more intuitive.  The new map incorporates campus "neighborhoods," for instance, "which help users orient themselves and locate all campus destinations," McCoy said. "For example, if I want to meet an out-of-town colleague at Firestone Library, I can direct them to the “Nassau” neighborhood, where they would find a detailed map of the destinations in that part of campus.” 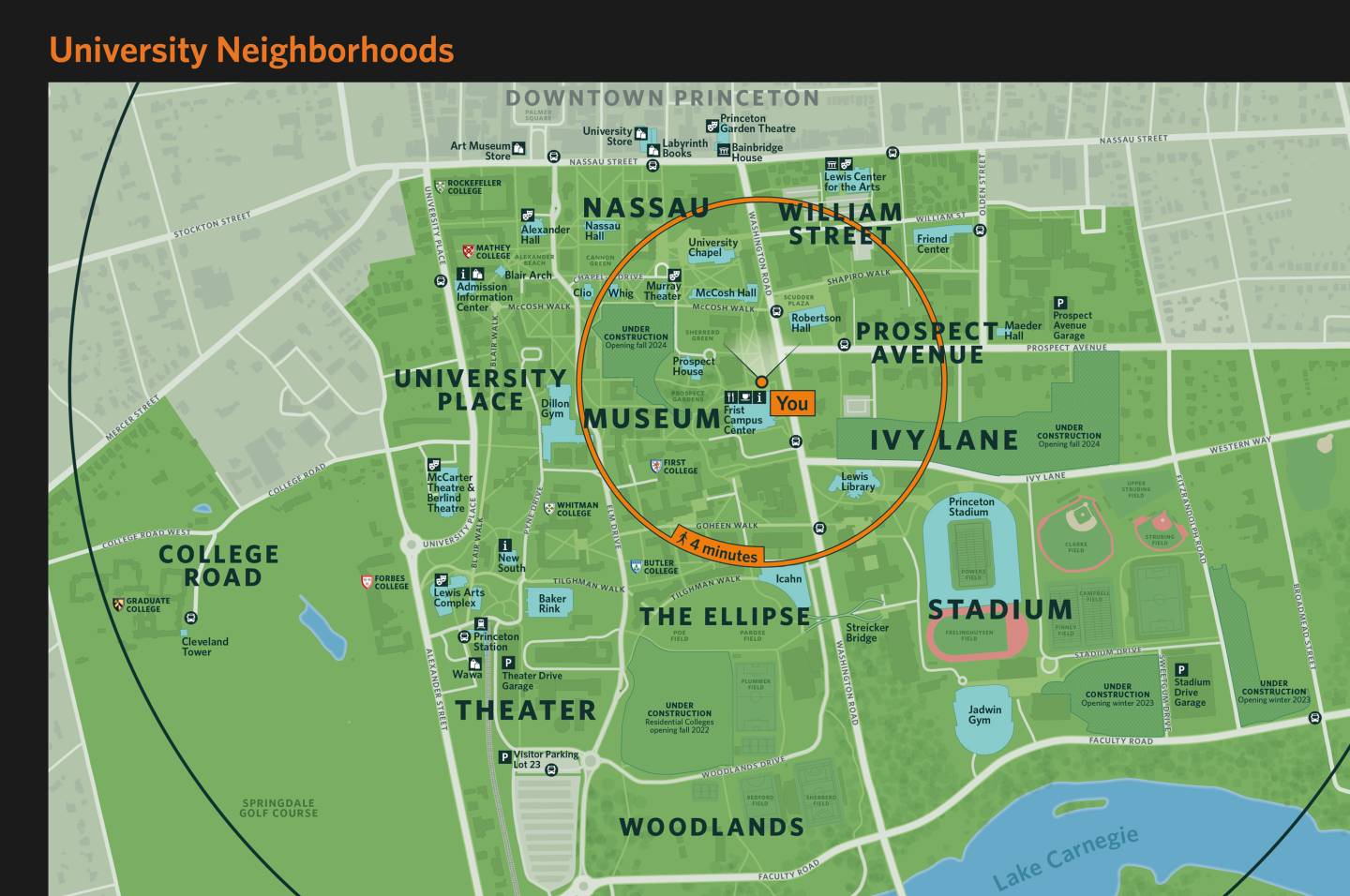 According to McCoy, each kiosk will identify its campus neighborhood and will include a map of the overall campus as well as a detailed map of that particular neighborhood. The neighborhood maps will identify steep pathways and accessible entries. They also offer a QR code that allow users to display the map on their mobile device.

New signage is also being installed to make neighborhood, building and path names clearer. High-traffic walks such as McCosh, Shapiro and Goheen will have new, more visible path name signs installed on campus light columns. Some interior campus roads are getting new street signs and in some cases names to make navigation easier. The Stadium Neighborhood will be the first to get those, during the 2022–2023 academic year, once construction is completed and third parties like Google and ESRI process the changes. The names have already been published on the new campus maps to align with the wayfinding strategy.

Alongside those efforts, the University is also developing a new, interactive digital campus map to replace maps currently on Princeton Mobile, TigerApps or web-based maps. That interactive map will support, among other things, accessible routing and live event data specifically attached to the relevant location on the map. 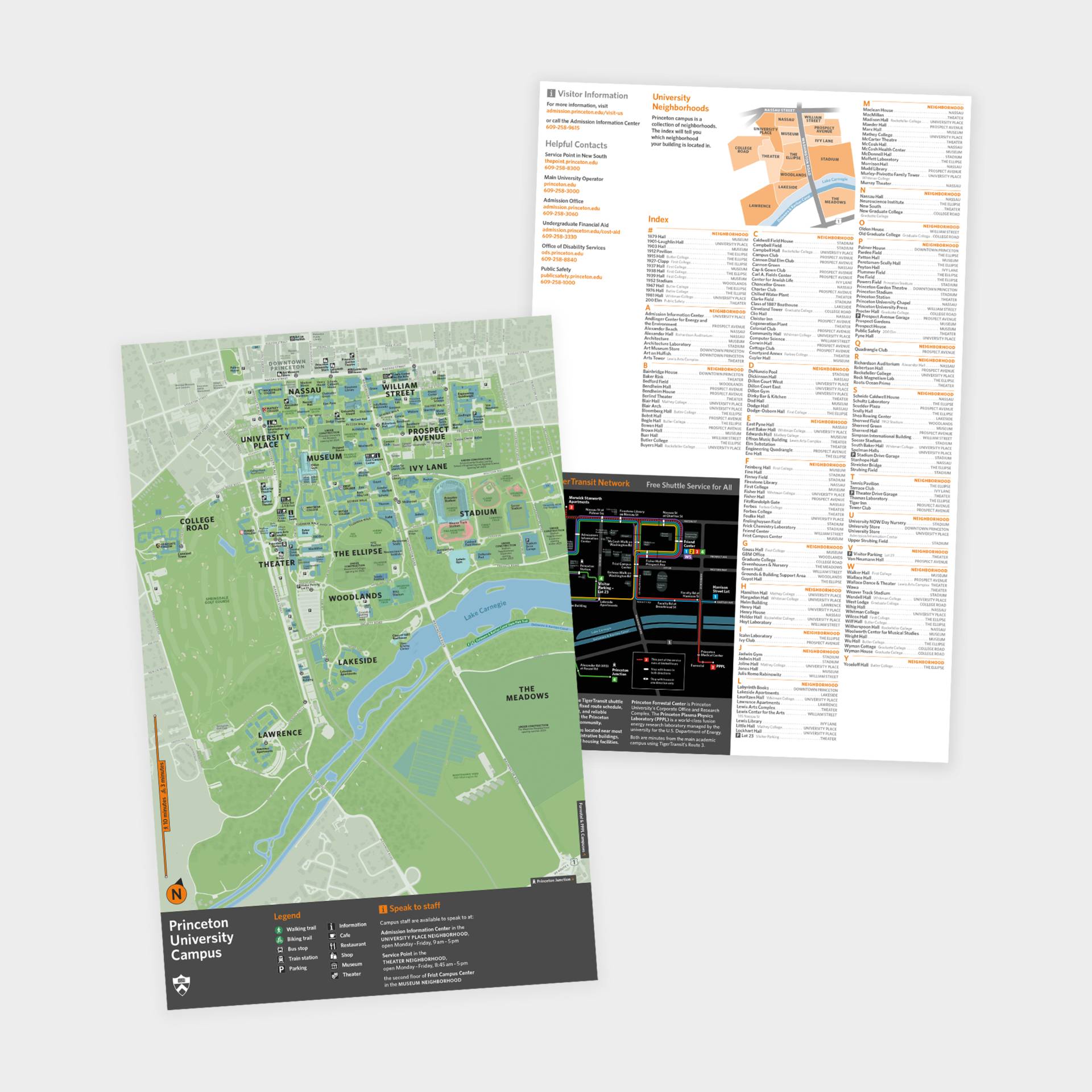 Printed maps that will be distributed by the Admission Information Center and Service Point are designed for visitors and prospective students touring campus.