Howard Rosenthal, whose research revolutionized the analysis of Congressional voting records and political polarization, dies at 83

Howard L. Rosenthal, the Roger Williams Straus Professor of Social Sciences, Emeritus, and professor of politics, emeritus, and an expert on formal and quantitative political analysis, died in San Francisco from a medical condition on July 28. He was 83. 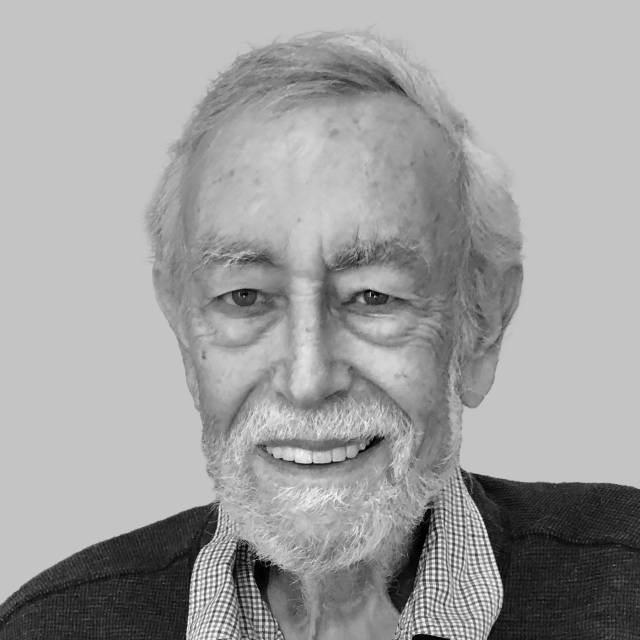 Photo courtesy of the Rosenthal family

Rosenthal joined Princeton’s faculty in 1993, having previously taught briefly at the University of California-Irvine, then at Carnegie Mellon University from 1966 to 1993. He transferred to emeritus status in 2005.

“Professor Rosenthal was a trailblazing figure in political science, who collaborated with economists and drew on game theory and other formal methods to help define the modern subfield of political economy,” said Alan Patten, the Howard Harrison and Gabrielle Snyder Beck Professor of Politics and department chair. “He also authored and co-authored a series of important articles and books that brought new precision and rigor to the study of U.S. political institutions, especially Congress. With his co-authors, he was especially known for work measuring and analyzing political polarization, a phenomenon that is of more relevance than ever in contemporary American politics.”

Nolan McCarty, a professor of politics and public affairs, first worked with Rosenthal as a graduate student at Carnegie Mellon in the early 1990s.

In 2006, they co-authored, with Keith Poole, “Polarized America: The Dance of Ideology and Unequal Riches,” which at the time of its publication was cited as a breakthrough in the study of America’s bitterly divided political environment.

“I had the pleasure of working with Howard for over 30 years,” McCarty said. “He was one of the most important figures in the development of political science and political economy. His work was seminal in a number of areas: the role of agenda setting, the measurement of ideology, the foundations of collective action, and the partisan influences on the macroeconomy. Behind these contributions were a relentless curiosity, enormous energy and the belief that social science could illuminate important problems.”

Rosenthal’s 1997 book “Congress: A Political-Economic History of Roll Call Voting,” written with Poole, was another seminal work, shedding light on the development of political parties, the changing nature of politically salient disagreements and the nature of political polarization. Interested in better ways to analyze roll call voting data, Rosenthal and Poole’s approach combined spatial models of political choice with psychometrics and resulted in a highly successful algorithm called NOMINATE, which they applied to study the historical development of American politics. The algorithm and its later refinements have been used in a large number of applications by many scholars in the study of legislative politics, both in the U.S. and internationally.

Rosenthal was also the coauthor, with McCarty and Poole, of “Income Redistribution and the Realignment of American Politics" and,  with other collaborators, of “Prediction Analysis of Cross Classifications,” “Analysis of Ordinal Data” and “Partisan Politics, Divided Government, and the Economy.”

Thomas Romer, professor of politics and public affairs, emeritus, said: “Howard was an enormously gifted scholar, with interests that ranged widely across the social sciences. We had a wonderful research collaboration that spanned 40-plus years. Although he was always working on several projects at a time — right up to the day he died — he was by no means what you would call a workaholic. He loved to travel. Wherever he went, he would soon be an expert on the best places to eat, to hear music, to see films. Many of our most productive and pleasant interactions happened when I would visit him and his wife, Margherita, during one or other of their journeys.”

Romer said Rosenthal was equally dedicated to his students. “[H]e cared a lot and worked hard to help them to do their best work. He was an excellent spotter of young talent and was very supportive along their path through graduate school and beyond.”

At Princeton, Rosenthal taught a range of courses on political economy, including “Domestic Political Economy” at the undergraduate level and courses in the department’s formal theory graduate sequence, including “Formal Political Analysis I.”

John Londregan, professor of politics and international affairs, called his longtime friend, colleague and collaborator “a cosmopolitan with a Pittsburgh regional accent” and said he witnessed firsthand Rosenthal’s mastery both inside and outside the classroom.

“He and I once taught a graduate class together that started at 9 a.m.,” Londregan said. “At 8:58 a.m. on the first day of class I was getting ready to present my portion of the class and wondering where he was when I heard the sound of luggage rollers in the hallway outside — it was Howard, his carry-on bag in tow, fresh off the red-eye flight from Paris. He launched into his portion of the class, at the frontiers of political methodology, just as if he'd spent the previous two hours poring over his notes after a good night's sleep.”

Londregan said Rosenthal’s work revolutionized the analysis of Congressional voting records and the theory of agenda setting, and he had a major impact on the study of the political economy of elections and growth, on the politics of debt, and on the study of altruism. Yet his most fundamental insight was to approach political economy as a science and always analytically.

“His work was characterized by a careful assessment of why politics unfolded as it did,” Londregan said, noting one joint project where their model produced predictions of election outcomes as a byproduct. “Challenged by a detractor to predict the 1994 midterm elections, we predicted a Republican majority in the U.S. House for the first time in almost 40 years, something that met with incredulity on the part of many colleagues. The point wasn't that Howard wanted the House majority to shift to the GOP, it's that our analysis indicated it would — happily our critic, blinded by his preferences, and assuming our prediction must be wrong, did an excellent job of publicizing it.”

Many of Rosenthal’s graduate students now hold teaching positions at major universities across the country.

“Howard was not just a mentor but also a collaborator, and I will always cherish the many conversations we had in Princeton, Paris and San Francisco about research, politics and life,” said Erik Voeten, a 2001 Princeton Ph.D. and the Peter F. Krogh Professor of Geopolitics and Global Justice in the School of Foreign Service at Georgetown University.

Voeten continued: “Howard was always searching for new ideas. He was uncompromising and unambiguous when he found an idea uninteresting or wrongheaded. But he would just as eagerly discuss the next idea, and he was always extremely generous in his support for me and his many other students and junior collaborators.”

Rosenthal was the recipient of numerous grants, including grants from the National Science Foundation, the Spencer Foundation and the National Institute of Education. He was a fellow of the American Academy of Arts and Sciences, and a past fellow of the John Simon Guggenheim Memorial Foundation, the Center for Advanced Study in Behavioral Sciences, the Russell Sage Foundation and the Hoover Institution. He also held visiting appointments and distinguished lectureships at many universities and institutions.

He was predeceased by his wife, Margherita Rosenthal. He is survived by three children, Illia Rosenthal, Gil Rosenthal and Jean-Laurent Rosenthal; a sister, Susan Thorpe; and four granddaughters, Isabelle, Juliette, Carmen and Jamila.

Contributions in honor of Rosenthal may be made to The Nature Conservancy.

View or share comments on a blog intended to honor Rosenthal’s life and legacy.