Sam Glucksberg, professor of psychology, emeritus, and a pioneer in the field of experimental psycholinguistics, died from a stroke Aug. 29 at Mount Sinai Beth Israel hospital in New York City. He was 89. 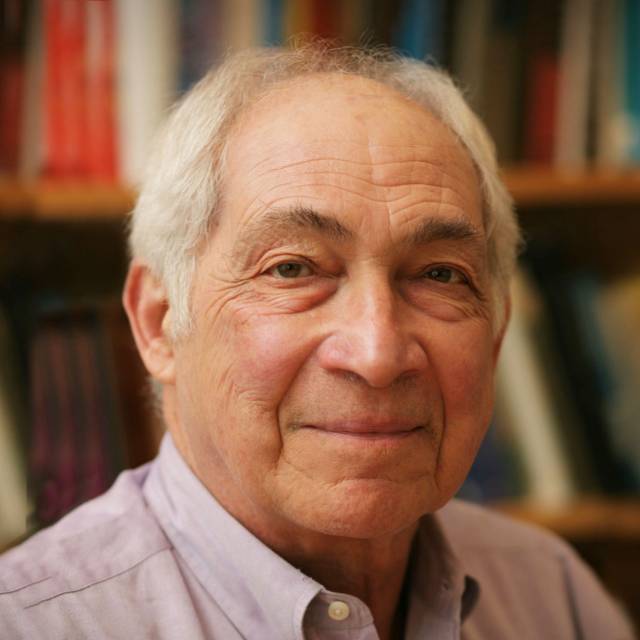 Glucksberg taught at Princeton for 44 years. He joined the faculty in 1963 and transferred to emeritus status in 2007. He contributed to many different research areas, including problem solving, thinking, categorization and the psychology of language and communication in children and adults. During his last two decades at Princeton, he focused on the experimental study of figurative language — metaphors, idioms, sarcasm and irony — examining how people use and understand such language in everyday life.

“In addition to his foundational contributions to our understanding of language and cognition, Sam played a central role in establishing the intellectual cohesion and collegiality that define our department,” said Kenneth Norman, the Huo Professor in Computational and Theoretical Neuroscience, professor of psychology and neuroscience, and department chair. “We owe him a tremendous debt of gratitude."

Philip Johnson-Laird, the Stuart Professor of Psychology, Emeritus, forged his lifelong friendship with Glucksberg at University of Sussex in England over 50 years ago, when Johnson-Laird was a professor there and Glucksberg was visiting. “Sam was an outstanding colleague who did his utmost to make me feel at home after emigrating to Princeton in 1989,” Johnson-Laird said. “Our friendship endured until he died.” Toward the end of their careers at Princeton, they combined their labs into one.

Johnson-Laird continued: “Sam’s principal research was to test his hypothesis about metaphors — they were not akin to similes, but rather they set up a new higher-order category. If you say, ‘My dentist is a butcher,’ the interpretative system sets up an appropriate category of individuals whose actions are gross and bloody and assigns the dentist to its membership. The hypothesis explains why metaphors are more vivid than similes. Sam and his students carried out sufficient experiments to corroborate it.”

Goldberg said the example sentence Glucksberg often used in his classic work on metaphors was “My job is a jail.” “[But that] is not something Sam himself would ever have uttered,” she noted. “Instead, Sam emanated joy every single day at work, inspiring and supporting hundreds of students, postdocs and colleagues throughout his distinguished career. To me, Sam was a dear friend as well as a close colleague. He welcomed me to Princeton, inviting me to join his and Phil Johnson-Laird’s regular lab meetings. We shared many lunches and jokes at Tiger Noodles as well as afternoon teas at Phil’s. He inspired me to do experimental work on figurative language, taught me signal detection theory and demonstrated what a life well lived looks like.”

Like Goldberg, many former colleagues said they were the beneficiary of Glucksberg’s welcoming manner and mentorship as early career scholars and professors.

“Sam was a wonderful mentor when I arrived at the University in 1989,” said Eldar Shafir, the Class of 1987 Professor in Behavioral Science and Public Policy, professor of psychology and public affairs, and director of Kahneman-Treisman Center for Behavioral Science and Public Policy at Princeton. “Both in everyday life and in his academic work, Sam managed to combine real warmth, a sharp sense of humor, sensitivity to language and great wisdom. In a departmental meeting once, reviewing an applicant with an advanced degree and years of training, Sam said he worried the candidate suffered from ‘lack of inexperience.’ Sam was a dream colleague, clever, supportive and funny.”

“After a chance meeting at a national convention, Sam became my supporter, booster and friend,” said Joan Girgus, professor of psychology, emeritus, who came to Princeton in 1977 and taught for 40 years. “I owe my subsequent career in substantial part to him. He was also a great cook and a captivating raconteur.”

Glucksberg was born on Feb. 6, 1933, in Montreal and emigrated with his family to New York in 1946. He earned a bachelor’s degree in psychology from the City College of New York in 1956 and a Ph.D. in experimental psychology from New York University in 1960. He served as a research psychologist at the U.S. Army Human Engineering Laboratories before coming to Princeton.

He introduced generations of Princeton students to psychological science through his undergraduate courses including “Introduction to Psychology” and “General Psychology.” He also drew many students into the study of psycholinguistics with his advanced course, “Psychology of Language.”

In addition, he was an influential graduate student adviser, and many of his students have gone on to successful careers in academia.

Joe Danks, research professor, emeritus, at the University of Maryland-College Park and professor emeritus of psychology at Kent State University, earned his Ph.D. in 1968. He and Glucksberg published together for about a decade after Danks left Princeton, including co-authoring the book “Experimental Psycholinguistics" in 1975 and a chapter in the “Annual Review of Psychology” in 1980. They enjoyed a lifelong friendship.

“Sam was a real mentor for me, a farm boy from the corn fields of Illinois, introducing me into the intellectual world of academe,” said Danks. “For that alone, I will always be grateful.”

Danks also noted that Glucksberg was an innovator at Princeton. In the 1960s, when Glucksberg joined the University, experimental psychology was undergoing what came to be called the “cognitive revolution,” and Glucksberg was in the middle of it. He arrived at Princeton as a behaviorist — focusing on stimulus-response analyses of thinking and problem solving that by definition did not consider anything in the subject’s mind such as beliefs or desires. By the end of the decade, Glucksberg had transformed his research to focus on cognitive analyses of language and communication — and this shift meant that he started talking explicitly about, for example, what people mean (in their minds) when they are speaking or hearing.

Glucksberg was a leader in transforming the psychology department and in 1974 was appointed department chair, even though at the time he was an untenured assistant professor. He served as chair until 1980. “The rebuilding of the department that ensued laid the foundations for Princeton psychology being at the forefront of the profession and in pursuing groundbreaking research,” Danks said.

“Sam was a distinguished researcher and teacher, but I remember him most as an outstanding mentor and a fine human being,” said Michael McCloskey, a professor in the Department of Cognitive Science at Johns Hopkins, who earned his Ph.D. in 1978 and also went on to co-publish with Glucksberg. “Looking back on that time, I can see how much I benefited from his support, and his light touch in offering intellectual guidance. He always seemed to know just how much advice to provide: enough to keep me moving forward while still giving me the space to develop as an independent researcher.”

“Sam’s influence and support changed my life,” said Boaz Keysar, the William Benton Professor in the Department of Psychology at the University of Chicago, and a 1989 graduate alumnus. “He believed in me and was my mentor over the last 30 years. He was incredibly wise and even kinder.”

Keysar said he is also grateful to Glucksberg as a friend and role model. “He was very funny and his whole face would light up when the joke landed well. I am going to miss his priceless, sharp wit. His cooking was legendary — I am still making his braised lamb shanks. He knew how to live, and I will always remember him as full of life.”

Glucksberg’s contributions to the field of psychology extended well beyond his research. Notably, he served as editor of two of the field’s most prominent journals: Psychological Science and the Journal of Experimental Psychology: General. He also participated as a fellow and member in many professional societies, including the Society of Experimental Psychologists, and on numerous grant panels and editorial boards.

Glucksberg also used his expertise in language and communication in the area of legal consulting, typically on issues that involved the adequacy and informativeness of product labels that pertain to consumer safety. He consulted on cases ranging from asbestos in walls and diving boards on above-ground swimming pools to potentially dangerous industrial equipment. This work in applied psycholinguistics was influential in improving the quality of product descriptions in some of these cases.

After retiring, he continued collaborating with colleagues — including linguists, philosophers and psychologists — in Italy, France, England, Ireland and Israel.

View or share comments on a blog intended to honor Glucksberg’s life and legacy.