For the first time, astronomers have spotted an exoplanet whose orbit is decaying around an aging star. The doomed world appears destined to spiral closer and closer to its expanding star until they collide, obliterating the first exoplanet discovered by the Kepler space telescope. 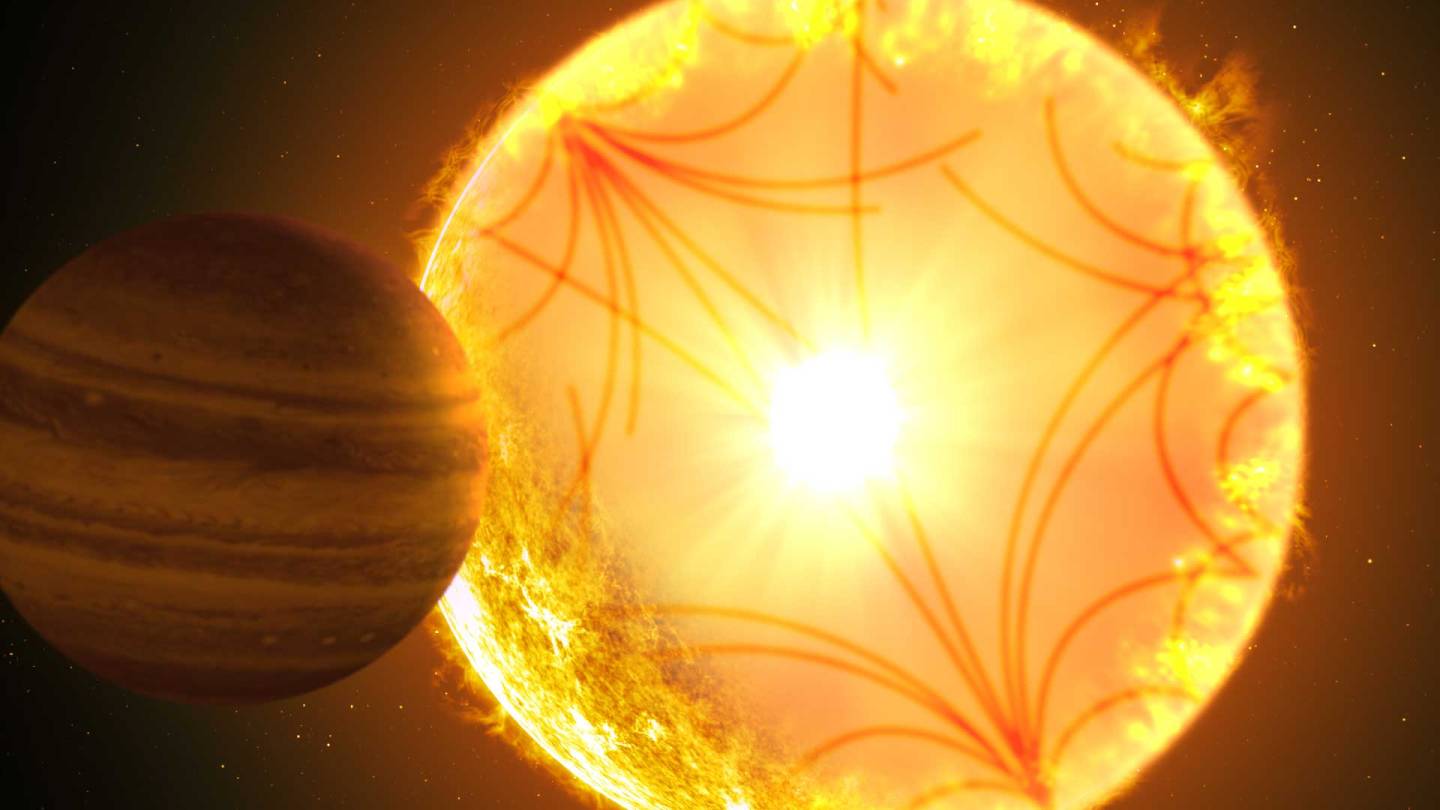 Kepler-1658b, orbiting with a period of just 3.8 days, was the first exoplanet candidate discovered by the Kepler space telescope in 2009. In 2019, astrophysicist Ashley Chontos used sound waves ricocheting through the star to confirm that this was an exoplanet, and she is now part of the team that identified that its orbit is collapsing. As Kepler-1658b spirals to its doom around its aging star, it provides a chance to learn more about the fate of other worlds as their solar systems evolve.

The discovery offers new insights into the slow process of planetary orbital decay by providing the first look at a solar system this late in its life cycle. Death-by-star is a fate thought to await many worlds — including Earth, in about 5 billion years. Exoplanet Kepler-1568b has less than 3 million years left, say scientists.

“We’ve had theorists predict the fates of stars and their planets for decades, but we’ve never before had observations to test them against,” said Ashley Chontos, the Henry Norris Russell Postdoctoral Fellow in Astrophysics at Princeton. “We can also think about this in terms of our own solar system. How long will Earth survive once the sun fuses all its hydrogen into helium? We have some ideas, but ultimately it's hard to say for certain. These single-planet systems are really important for helping anchor these different theories.”

Chontos is the second author on a new study in the Astrophysical Journal Letters describing the researchers’ observations of the doomed exoplanet.

The first author is Shreyas Vissapragada, a 51 Pegasi b Fellow at Harvard University and the Smithsonian Institution. “We’ve previously detected evidence for exoplanets in-spiraling toward their stars, but we have never before seen such a planet around an evolved star,” he said.

For stars similar to the sun, “evolved” refers to those that have fused all their hydrogen into helium and moved into the next stage of their life. In this case, the star has begun expanding into a subgiant. “Theory predicts that evolved stars are very effective at sapping energy from their planets’ orbits, and now we can test those theories with observations,” Vissapragada said. 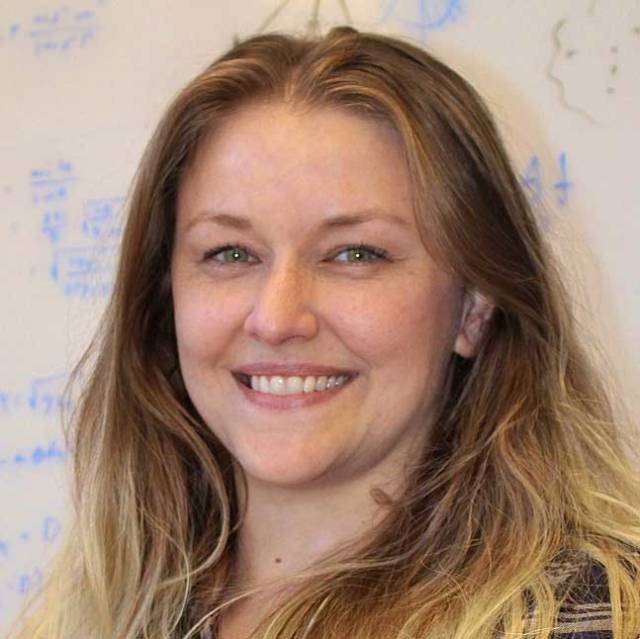 The ill-fated exoplanet is designated Kepler-1658b. As its name indicates, astronomers discovered it with the Kepler space telescope, a pioneering planet-hunting mission that launched in 2009. This world was the very first new exoplanet candidate Kepler ever observed, at which point it was dubbed KOI 4.01 — the 4th Object of Interest identified by Kepler. (KOIs 1, 2 and 3 had been identified before Kepler’s launch.)

Early on, KOI 4.01 was dismissed as a false positive. A decade would pass before Chontos, looking at seismic waves moving through its star, realized that the reason the data didn’t fit the model was that the scientists thought they were modeling a Neptune-sized object around a sun-sized star. Chontos and her colleagues showed that this planet and its star are both much larger than first predicted, at which time the object entered Kepler’s catalogue officially as the 1658th entry.

Kepler-1658b is a so-called hot Jupiter, the nickname given to exoplanets on par with Jupiter’s mass and size but in scorchingly ultra-close orbits about their host stars. For Kepler-1658b, that distance is merely an eighth of the space between our sun and its tightest orbiting planet, Mercury. And unlike Mercury’s 88-day orbit, Kepler-1658b whips around its star in just 3.8 days.

For hot Jupiters and other planets very close to their stars, orbital decay and collision look inevitable.  But measuring how exoplanets circle down the drains of their host stars has proven challenging because the process is excruciatingly gradual. In the case of Kepler-1658b, the new study reports that its orbital period is decreasing at about 131 milliseconds (thousandths of a second) per year.

Detecting this decline required many years of careful observation. The watch started with Kepler and then was picked up by the Palomar Observatory’s Hale Telescope in Southern California and finally the Transiting Exoplanet Survey Telescope, or TESS, which launched in 2018. All three instruments captured transits, the term for when an exoplanet crosses the face of its star and causes a very slight dimming of the star’s brightness. Over the past 13 years, the interval between Kepler-1658b’s transits has slightly but steadily decreased.

Why? The same phenomenon responsible for the daily rise and fall of Earth’s oceans: tides.

Tides are generated by when orbiting bodies tug on each other, whether Earth and the moon or Kepler-1658b and its star. Both bodies exert gravitational pulls on each other, but the bigger body always wins, meaning that the smaller body flexes more.

The tugging distorts each body’s shape, and as the planet and star respond to these changes, energy is released. Depending on the distances between them, their sizes and their rotation rates, these tidal interactions can result in bodies pushing each other away — the case for the Earth and the slowly outward-spiraling Moon — or inward, as with Kepler-1658b toward its star.

There is still a lot researchers do not understand about these dynamics, particularly in star-planet scenarios, so the astrophysicists are eager to learn more from the Kepler-1658 system.

Chontos, who came to Princeton only a few months ago, said that she is looking forward to discussing her findings with the theorists and other astrophysicists here.

“I’m a first-generation, non-traditional student,” Chontos said. “I didn’t apply to Princeton for undergrad or grad school, because I had this vision in my head of what people would be like — and I couldn’t have been more wrong, in the best possible way. They’re doing everything right. There’s a reason why our department has something like 60 postdocs. And at coffee hours and colloquia, I have the opportunity to talk with the people who wrote the theory papers that inspire me.’”

Kepler-1658b’s star has evolved to the point in its stellar life cycle where it has started to expand, just as our sun is expected to, and it has entered into what astronomers call a subgiant phase. Theorists have predicted that the internal structure of evolved stars should more readily lead to dissipation of tidal energy taken from hosted planets’ orbits compared to hydrogen-rich stars like our Sun. This would accelerate the orbital decay process, making it easier to study on human timescales.

“Even though physically, this exoplanet’s system is very dissimilar to our solar system — our home — it can still tell us a lot about the efficiency of these tidal dissipation processes, and how long these planets can survive,” said Chontos.

Kepler-1658b is about 2 billion years old and is in the last 1% of its life, she said. She and her colleagues predict that the planet will collide with its star in about 3 million years.

Nadia Whitehead from The Center for Astrophysics | Harvard & Smithsonian contributed to this article.