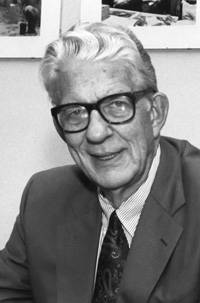 Robert Kuenne, a noted economist, author and professor who taught at Princeton University for 41 years, died of Lou Gehrig's Disease Saturday, Nov. 5, at his home in Princeton. He was 81.

Kuenne became a member of the Princeton faculty in 1956 and transferred to emeritus status in 1997. He taught microeconomic theory in the undergraduate program and general equilibrium theory at the graduate level, and also wrote more than a dozen distinguished works in areas of economic and military strategy. He was known for designing and teaching for 30 years a course titled "Analyses of Capitalism," which used works of fiction, social criticism, social philosophy and economics to examine attacks against and defenses of capitalism.

Also while at Princeton, Kuenne directed the General Economic Systems Project, which engaged in large-scale modeling research and published investigations on topics including hospital costs and the Organization of Petroleum Exporting Countries (OPEC) cartel.

Kuenne's colleagues in Princeton's economics department said he will be missed.

"It is considered a cliché to say that someone is 'a gentleman and a scholar,'" said Alan Blinder, Princeton's Gordon S. Rentschler Memorial Professor of Economics, "but somehow the cliché fit Bob Kuenne perfectly."

Kuenne also had a long career of distinguished military service, having worked for more than 20 years as a consultant to the Institute for Defense Analyses, a think tank for the U.S. Joint Chiefs of Staff for national security policy.

Kuenne is survived by his wife, Janet; son Christopher of Princeton; daughter Carolyn of Washington, D.C.; and six grandchildren.

In honor of Kuenne's memory, the University flag will fly at half-staff Tuesday through Friday, Nov. 8-11. There will be a funeral service at 2 p.m. Thursday, Nov. 10, at Trinity Church in Princeton, followed by a reception at Prospect House on campus. The burial will be private.

Individuals wishing to make contributions in his memory are being asked to donate to the Olivia Rainbow Fund of the Princeton Area Community Foundation.