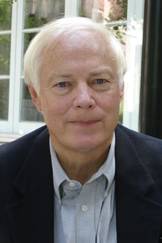 A career public servant and a Princeton graduate, Leach served for 15 terms in the U.S. Congress representing eastern Iowa, from 1977 to 2007. During the spring 2007 semester he will teach a graduate course, "The Intersection of Chinese and U.S. Foreign Policy," drawing upon his experience as chairman of the Subcommittee on East Asian and Pacific Affairs of the House Committee on International Relations from 1995 to 2001.

Leach also served as chairman of the House Banking Committee from 1995 to 2001, where he championed financial services deregulation. A political moderate, he chaired the Ripon Society and the Republican Mainstream Committee, two national Republican organizations that encourage bipartisan policymaking. In Congress he voted against the 2002 Iraq war resolution and was the only House Republican to vote against tax cut legislation in 2003.

Leach began his public service career in 1965 as a staffer to then-Congressman Donald Rumsfeld, a 1954 Princeton graduate. In 1968 Leach joined the U.S. State Department as a foreign service officer, and was slated to go to Moscow in 1973 as assistant to the American ambassador. He resigned his post in protest, however, incensed by what he regarded as President Richard Nixon's gross misuse of political power when he fired the first Watergate special prosecutor Archibald Cox.

"Jim Leach is a wonderful addition to the school's faculty," said Anne-Marie Slaughter, dean of the Woodrow Wilson School. "He brings to the school an incredible knowledge of Congress and the electoral process, and his career is a superb example for our students who seek to serve their country while demonstrating principled, effective leadership in government."

Leach earned his A.B. in political science with honors from Princeton in 1964, and in 1966 received a master's degree from Johns Hopkins University, where he studied Soviet politics. From 1966 to 1968 he was a research student at the London School of Economics. Leach has received seven honorary degrees, has been decorated by two governments, and is the recipient of the Wayne Morse Integrity in Politics Award, named for the late U.S. senator from Oregon. He served as a member of Princeton's board of trustees from 2002 to 2006.

"I am delighted to rejoin the Princeton family," said Leach. "There's no greater obligation of any generation than to impart whatever experience it has garnered to the next, in hopes that it can lead more wisely than preceeding ones. In an era when science and technology are advancing at exponential rates while politics is mired in the constancy of human foibles, the challenges for humankind have never been greater."