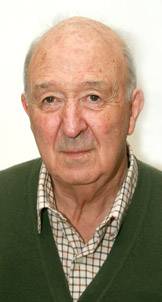 Peter Brown, Princeton's Philip and Beulah Rollins Professor of History, has been named a co-winner of the 2008 Kluge Prize for Lifetime Achievement in the Study of Humanity.

He and Romila Thapar, a professor emeritus in history at Jawaharlal Nehru University in New Delhi, will receive the award in a ceremony Wednesday, Dec. 10, at the Library of Congress. They are the sixth and seventh recipients since the prize's 2003 inception, and each will receive half of the $1 million award.

A 2006 recipient of the award was Ying-shih Yu, Princeton's Gordon Wu '58 Professor of Chinese Studies Emeritus.

Endowed by Library of Congress benefactor John W. Kluge, the Kluge Prize is unique among international prizes at this monetary level in rewarding a wide range of disciplines including history, philosophy, politics, anthropology, sociology, religion, criticism in the arts and humanities, and linguistics, as well as a variety of cultural perspectives in the world.

Both Brown and Thapar are credited with bringing dramatically new perspectives to understanding vast sweeps of geographical territory and a millennium or more of time in, respectively, Europe and the Middle East, and in the Indian subcontinent. Brown has brought conceptual coherence to the field of late antiquity, looking anew at the end of the Roman Empire, the emergence of Christianity, and the rise of Islam within and beyond the Mediterranean world.

"As you could imagine I was bowled over by the news of the award. It is a true honor in light of those who have preceded us," said Brown, mentioning fellow historians Jaroslav Pelikan and John Hope Franklin.

"I always feel when it comes to a personal award, it isn't so much the person who is being acknowledged as the generation," he added. "This has been a remarkable generation in the humanities precisely because we have the tools to understand the traditions from which we and other regions come. We are in an age which questions traditions, and I feel particularly privileged to have grown up among other scholars in so many other disciplines who have really strained every nerve intellectually to take a new look at things which we had taken for granted."

Librarian of Congress James Billington said, "[Peter Brown] is one of the most readable and literary historians of our time, having brought to life both a host of fascinating, little-known people from ordinary life during the first millennium of Christianity, as well as a monumental biography of the most prolific and famous St. Augustine."

One scholar reviewing nominations for the Kluge Prize wrote, "Peter Brown ranks with the greatest historians of the last three centuries." Another wrote, "There are few scholars in the world today who have changed their fields as much as Peter Brown has changed the study of what we used to call ancient and medieval history."

As both scholar and teacher, Peter Brown has worked at the highest level of intensity and creativity for more than 40 years. His books have captivated thousands of readers, and his celebrated lectures and seminars have inspired students and younger scholars around the world.

Brown is the author of a number of important works, including the St. Augustine biography, "Augustine of Hippo" (1967); "The World of Late Antiquity" (1971), in which he wrote about 200 to 1000 C.E. as a whole new period that had not previously been seen as such and set the agenda for a new field of study; and "The Rise of Western Christendom" (1996), in which he showed the rise of Christianity as the emergence of a new social and intellectual world long before the Renaissance.

He currently is on sabbatical writing a book examining attitudes toward wealth and poverty in the later Roman Empire. In addition to the major European languages, Brown has developed a capacity in Arabic, Greek, Hebrew, Persian, Syriac and Turkish.

The process that led to the selection of Brown and Thapar began nearly a year ago. Worldwide nominations were sought for individuals who demonstrated a lifetime of excellence and innovation in the study of the human condition. This process resulted in the consideration of 286 outstanding individuals from 90 nations.

These nominations were reviewed by a committee of the library's expert curators and specialists, who then conducted extensive biographical and bibliographical research to gather written critiques, writing samples and multiple peer reviews for each candidate.

The first review of the most competitive nominees was conducted by the Scholars Council, a select group of pre-eminent scholars from around the world. Following their guidance, 11 were chosen as "finalists." For these 11, library staff members conducted deepened research and presented detailed dossiers on each finalist for a five-member final review panel of top outside scholars. After deliberating as a group at the library, each member of the panel submitted his or her own detailed individual recommendations to Billington, who then made the final selection.

In addition to receiving their prize at the library on Dec. 10, Brown and Thapar also will return to the library next year to present a scholarly discussion of their respective bodies of work.