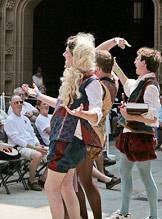 The Princeton Shakespeare Company is one of the 300 student organizations registered at Princeton and one of 14 student theater groups. The organizations explore topics as varied as music and dance, politics and debate, service and social activities, and ethnicity and religion. Founded in 1994, the Princeton Shakespeare Company dedicates itself to producing three to four Shakespearean works each year and to integrating Shakespeare's works into student life using workshops, readings, guerrilla theater and other entertaining events. Here, they performed "The Complete Works of William Shakespeare: Abridged!," a romp through the immortal works of the Bard in 90 minutes, during Reunions in 2007. (Photo: Denise Applewhite)

View a video of student volunteers running workshops and a carnival for families with children with Down syndrome during the 2008 Princeton Disability Awareness Conference. 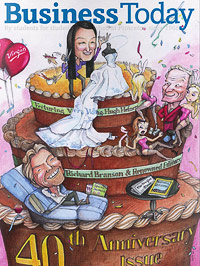 Business Today, the largest student-run publication in the country, recently released its 40th anniversary issue. It is one of the 39 publishing, creative writing and journalism organizations at Princeton. (Image: Courtesy of Business Today)

• There are 23 service-related groups, including Princeton Disability Awareness, which promotes understanding and acceptance of disabled people through events such as its conference for families with children with Down syndrome.

• Business Today is one of the 39 publishing, creative writing and journalism organizations. The largest student-run publication in the country, Business Today was co-founded by Steve Forbes while he was an undergraduate in 1968 and recently released its 40th anniversary issue. The magazine is published twice a year and is distributed to more than 125,000 college students.

• There are 41 ethnic groups, including the Arab Society of Princeton, the Singapore Society and the Ukranian Alliance. Eleven student religious organizations represent the Christian, Baha'i, Hindu, Jewish and Muslim faiths. 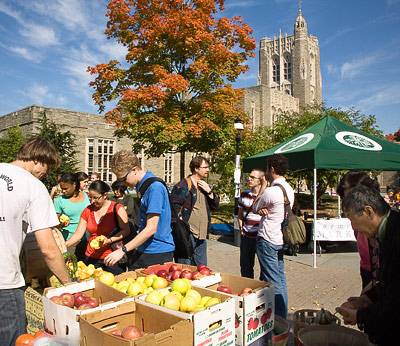 • Greening Princeton, which helped establish the University farmers' market, is one of five environmental organizations.

• Twelve new student groups were approved in the fall 2008 semester including the Muggle Quidditch Team, which organizes games of Quidditch based on the fictional sport from the "Harry Potter" series of books; Emerge, which leads efforts to increase awareness about international development; Legend Dragon Dance Company, which performs the traditional Chinese art of dragon dance; and the Vehicle Design Summit, for students interested in creating an environmentally friendly vehicle. Requests to create new student groups are reviewed and approved by the Undergraduate Student Government's Student Group Recognition Committee.

Students celebrated the Hindu festival of Diwali and the Muslim holiday of Eid at a South Asian Students Association (SASA) banquet held at the Fields Center in November 2008. SASA collaborated with the Muslim Students Association, Princeton Hindu Satsangam and the Pakistani student group Pehchaan to organize the event featuring South Asian cuisine, music and dancing. Diwali is a harvest festival often considered to be the Hindu New Year. Eid is the Muslim holiday that marks the end of Ramadan, the Islamic holy month of fasting. (Photo: Bentley Drezner)

• Several student groups from Princeton's early days no longer exist, among them the Banjo Club and the Mandolin Club, which often performed together; the Temperance Club, which asked students to take a one-year pledge to refrain from alcohol; and the Parachute Club, which required participants to sign a waiver absolving the club of any liability.

For interested students, a directory of these organizations and their contacts is posted on the Office of the Dean of Undergraduate Students website. 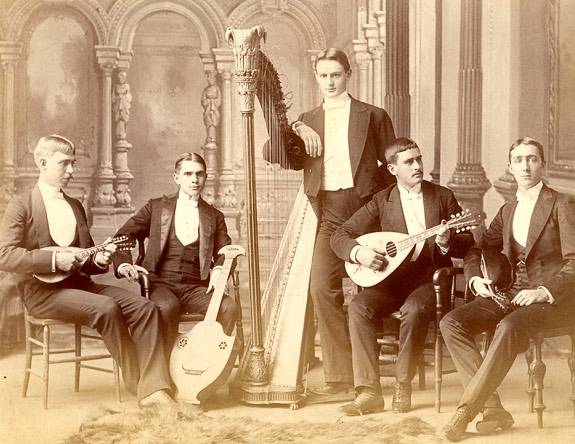 Hindu festival of Diwali will be celebrated in chapel